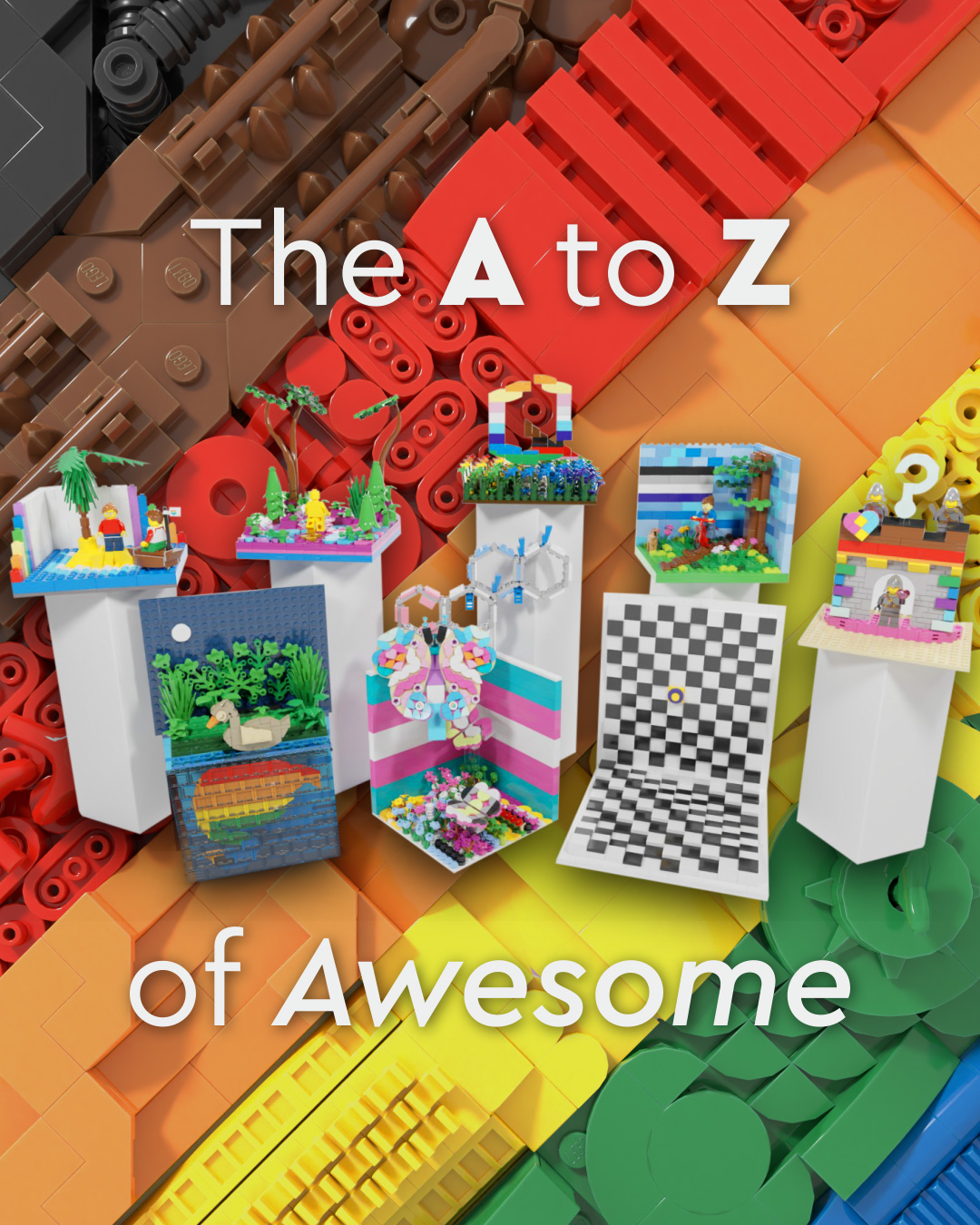 The Lego Group launched an "A-Z of Awesome" campaign during Pride Month to celebrate self-expression in the LGBTQIA+ community.

Stats about gender identity were the catalyst to creating this campaign. When the brand discovered per GLAAD that almost half (45 percent) of non-LGBTQIA+ people find the topic of gender identity confusing, the company devised a way to use Lego play time to open the door to discussing it.

A :60 intro video explains the project. Members of the LGBTQIA+ community built Lego designs that best described their personal stories. Ranging from a castle to a garden, the key takeaway is all are welcome and Lego play offers a safe space. As Hope notes in the video, "Visibility equates value." The video ends with a call to action for build submissions online. Lego plans to have a video for each letter of the alphabet by the end of the year. The campaign runs into 2023.

Another video, "Meet The GAYFOLs," tells the origin story of a Facebook group for Lego fans in the LGBTQIA+ community and playing with Legos, a toy for everyone.

The letter H stands for home in the "A-Z of Awesome" campaign. It could also stand for Hope, a Black queer woman we saw in the brand's kickoff ad and whose Lego build was spotlighted. Her build is heavy on purples and lavenders, an homage to Alice Walker's In Search of Our Mothers' Gardens: Womanist Prose. It also includes Lego-sized versions of Hope and her mom having brunch in their garden.

In "I is for Intersex," we meet Pidgeon, an intersex person from Chicago. They explain what intersex means and the meaning of their build, which consists primarily of black and white Legos to represent male and female binaries. In the middle of this is a yellow and purple brick to represent Pidgeon.

Lego | A-Z of Awesome: I is for Intersex