How to actually show up for LGBTQIA+ people 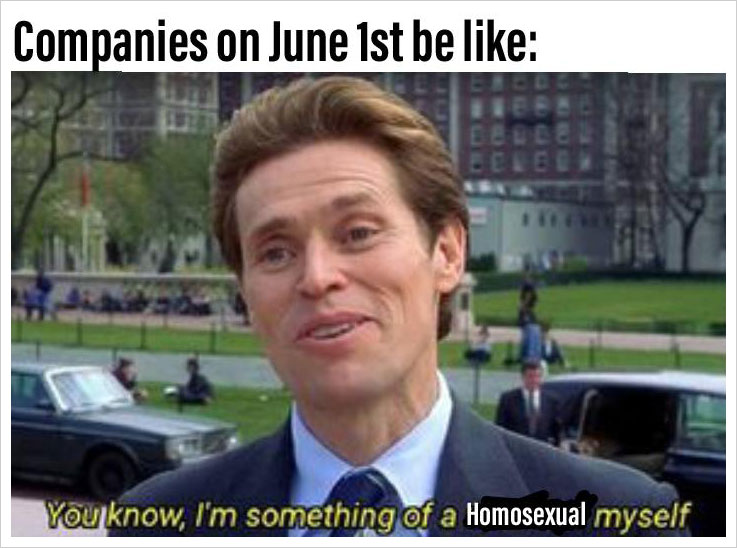 I love finding a meme before it enters the zeitgeist. Some of my favorite memes emerge just ahead of Pride, when dutiful meme accounts remind us that yet again, brands will be out in force to celebrate the month.

Memes are an indicator of where we are as a culture based on the traction that forms behind them. By linking meme-culture to what I do, I can justify my time spent on Instagram and TikTok (shrug emoji). In the case of Pride season, the pre-month memes are symptoms of a very real issue our industry needs to do more than pay attention to, but address. 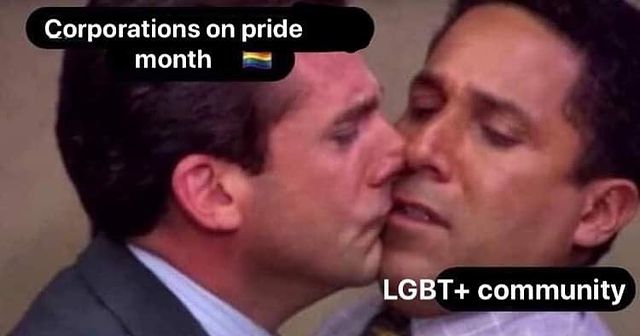 As a member of the LGBTQIA+ community, one of the meme-generating accounts I appreciate the most is "Best of Grindr." It's highly NSFW (like a lot of my humor) a majority of the time. But they often strike gold with something more universal, especially during Pride month.

“Are you wearing the—“ 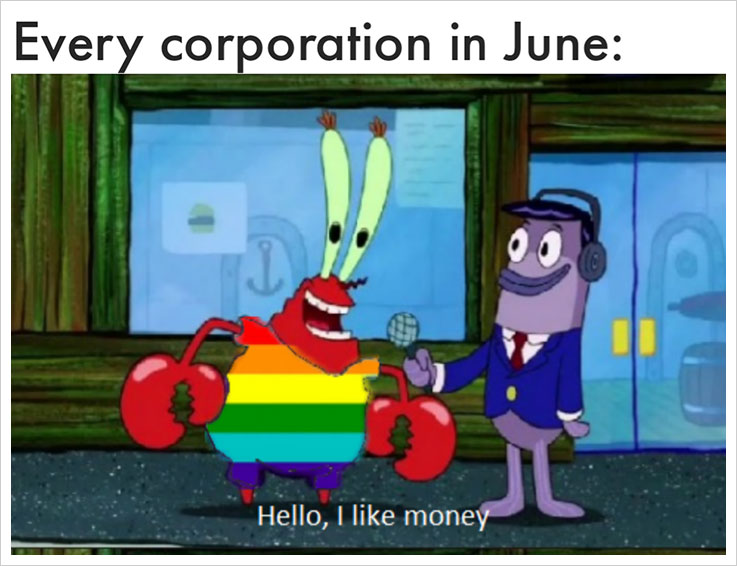 Rainbow washing isn't new, and the conversation around it deserves its own space. My intent here isn't to call in brands or people who are doing it. Instead, I want to offer up some observations for brands (and agencies and consultants for these brands!) to consider while strategizing how they show up for LGBTQIA+ people.

First and foremost, companies must look within to determine how the LGBTQIA+ community within their business are represented and treated equally. Progress has been made, and there's great data on that here.

Then, it's important to look at the context of where we've been and where we're going. The "we" being culture at large, and the visibility of LGBTQIA+ people within that:

• Social media has become a center point of discourse, which is great, but it is limiting perceptions of brands' genuine intentions. People rarely will take the step to learn more than what's posted in a few slides. As we've seen, this is how misperceptions can spread.

• We're living among a generation (that being Gen Z) who are more vocal and more open to acknowledging their queerness. A recent Gallup study showed that 1 in 6 identify as LGBTQ+. It's the first time since I've been out of the closet—almost 20 years—that a group is embracing and educating the world on the nuances of queer identity the way they are.

• That said, it's saddening that we're also living in a time where queer youth, particularly Black Trans youth, are still vulnerable to everyday discrimination, attacks, suicide and murder. According to the Trevor Project, 19 percent of Black Trans youth reported a past-year suicide attempt just last year.

• And though not a new trend, the majority of people feel advertising doesn't reflect the world around them. As an industry, we need to be paying more attention to this.

I've seen and experienced a lot as an openly gay ad guy for over 20 years. I really do feel a shift happening in the way marketers reach the LGBTQIA+ audience, but we're still very far from where we could be.

I would really like to see more intersectional representation of the LGBTQIA+ community, beyond expected audiences and stereotypes associated with Pride. More amplification of voices, issues and genuine true-to-life moments that relate to more people in the LGBTQIA+ community. Things we rarely see or hear about in mainstream media.

As we continue further into Pride month, being that participant on the proverbial float (with our rainbow favicons, swag and merch) is no longer enough—and several brands are showing others how it's done. This is the moment for all brands, agencies and consultants to be more meaningful and intentional in how they show up for the LGBTQIA+ community at Pride but also make it a year-round initiative.

Personally, it's work I'm passionate about doing inside and outside our agency walls. I believe it's possible, but it will require discomfort and willingness to grow as individuals and as a team to build this future together. 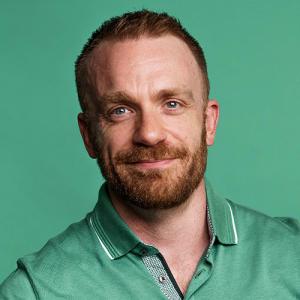