How Branded Content Can Be Central to Meaningful DEI Strategy

Explore a richer channel for communicating your values

No one needs me to tell them we're living through an exciting time for branded content. That said, it often feels like we're also living through an era of opportunistic cultural co-opting, where messages that above all else should be inherently meaningful and human can feel like cynical, transparent plays to reach untapped markets.

There are so many stories waiting to be told that lend themselves to the authentic, nuanced and representative content that audiences are not only craving but coming to expect. These stories give brands a chance to align themselves with audiences and value systems without simply attempting to capitalize on important societal moments.

But it shouldn't stop there. We believe companies can leverage branded content beyond traditional marketing objectives to communicate and implement more meaningful corporate DEI strategies.

It's important to levelset here: Innovation in corporate DEI strategy is more urgent than ever following the cultural reckoning of 2020, when many brands reacted by ramping up internal DEI efforts. Unfortunately, most met this moment with well-trodden HR tactics and old-school corporate communications in the form of memos, press releases and social media posts. Some brazenly and nakedly tried to co-opt the movement and placard images of the moment itself into their corporate messaging, with no history of walking the walk. In both cases, credibility just didn't line up with the messages, and their audiences told them as much—loudly.

These channels are no longer sufficient for brand stakeholders—consumers, investors, employees, prospective employees, board members and others who make up the broader organizational community and environment—who are demanding greater transparency and accountability from the brands they work for and associate themselves with.

We see branded content as an untapped organizational resource and not just a communication frontier, because, as mentioned above, branded content is rife with storytelling opportunities that are exactly the authentic, nuanced and transparent messages audiences and stakeholders are craving, especially when compared with product-led marketing or typical PR and corporate comms channels.

Documentary and narrative storytelling in the form of branded content can communicate a multitude of important values and strategies that brands need their community to hear. Whether it's a series about how the company is approaching DEI efforts internally, a story about how factory workers are affected by unconscious bias within the larger corporate structure with plans to remedy, or a response to a public outcry, content can be a perfect way to deliver the message.

First things first. At Soleil, diversity is inherent in everything we do. We've actually come to dislike the word (diversity), as it has become a box of metrics for companies to check off. So, we started out with marketing-focused branded content. But when it came down to it, we couldn't resist helping our clients build their credibility. When we approach DEI-focused concepts, we think holistically and leverage our global transcultural insight, from who is writing and producing, to who it is showcasing, to who it is speaking to. It's a much deeper, inside-out approach to business problems through content that sparks accountability, inspiration, understanding and open dialogue.

For a brief with a climate justice focus for Climate Power 2020 (founded by the Center for American Progress Action Fund, League of Conservation Voters and Sierra Club), we looked through an intersectional lens at the topic at hand, and shared stories that helped open eyes to understanding the many (but not all) ways climate justice is tied to racial justice in a simple, easy to understand, explainer style. We insisted that we find authentic voices in the community to deliver the message (and got the one-and-only Stacey Abrams on board!) and unearthed facts and stories even we were surprised and shocked by. Why does this matter? Diverse creative teams look at the same brief differently. At Soleil, we approach stories from a unique POV and bring on the appropriate voices for different briefs.

DEI content should be bespoke. We work with clients to help join important conversations in meaningful ways with social good as the goal, not as PR stunts. A content series can be just as impactful if the primary audience is employees, not consumers. We find seasoned storytellers and filmmakers who are part of the community you're trying to talk to. Traditional agency-style creative churn rarely will yield the results you want in this case.

Nuance is key. One of the major missteps brands make when communicating diversity efforts internally or externally is that they still use what we call the "University Pamphlet Model"—i.e., put one of each race into a video and call it good. This conflates race with culture, perpetuating notions of entire races as monoliths. The better move is to approach the concept through the POV of the people living it, identifying specific culturally honest ways into your story that will make audiences feel seen and heard in real ways.

We help you find your lane—so you don't have to lean unnecessarily on your BIPOC employees. In many cases, we will bring a concept to a client without a brief to give an external POV on the issues they face before working with them to identify other stories that are true to who they are and what they're trying to achieve.

At the boiling point of the BLM protests in June 2020, a prospective client was facing backlash due to some ill-advised PR campaigns aimed at the Black community. While we still presented creative concepts that depicted their brand ambassadors of color in fresh ways that felt personal to them and on brand for the client, we also came with a branded content idea that addressed the brand's perception (as tone-deaf or disingenuous) head-on. The idea brought the conversations happening on social media and in the wider marketplace directly to the brand's leadership as a way to guide uncomfortable but accountable conversations internally among various stakeholders. The concept led with a branded content-style series and detailed experiential activations and next steps to make meaningful contributions to the conversations happening nationally (and internationally) about racial justice.

One more example of why we think this is game-changing.

In 2018, we produced an independent feature film that we were able to get a major corporation to sponsor which was about one of their employees who happened to be Black and female, who happened to be doing something extraordinary in the world of sport while working full time as an employee. It was complicated that an employee would become an endorser of the brand and while the company struggled to draw the line between endorsee and employee. How to categorize it, how to justify the budget, how to position it—it was the first time in the company's 40+ year history that this had happened.

But what if they were paying attention earlier to what their employees were doing and not just supporting them but highlighting those stories along the way through an inside-out branded content strategy? What if there were initiatives dedicated to helping employees pursue personal dreams outside the office that would bring a new dimension to that very brand they work for? Would we as independent filmmakers still have caught them on the backfoot? Although everyone's heart was in the right place, the experience was a learning experience for all. The brand wanted to do the right thing, but they weren't prepared for the opportunity once it met them. Ultimately, the employee chose to leave the company after 15 years of service. That was almost four years ago. Today, the climate may not be as forgiving.

The era of optics is behind us.

In order to retain and attract new talent, investment and buy-in from their community as a whole, companies need to think bigger and better about how they're talking about their DEI efforts. The days of dropping a manifesto-style advertisement or a social impact campaign that also aims to sell cars or shoes—while hoping no one notices that you only have 3 percent people of color in your workforce or that your board of directors is 100 percent Ivy-educated white men—is over. Our audiences and our people are savvier than ever, and we know real accountability is the only path forward. 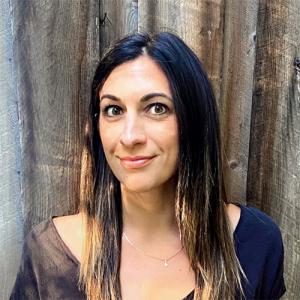