Her journey from journalism to advertising 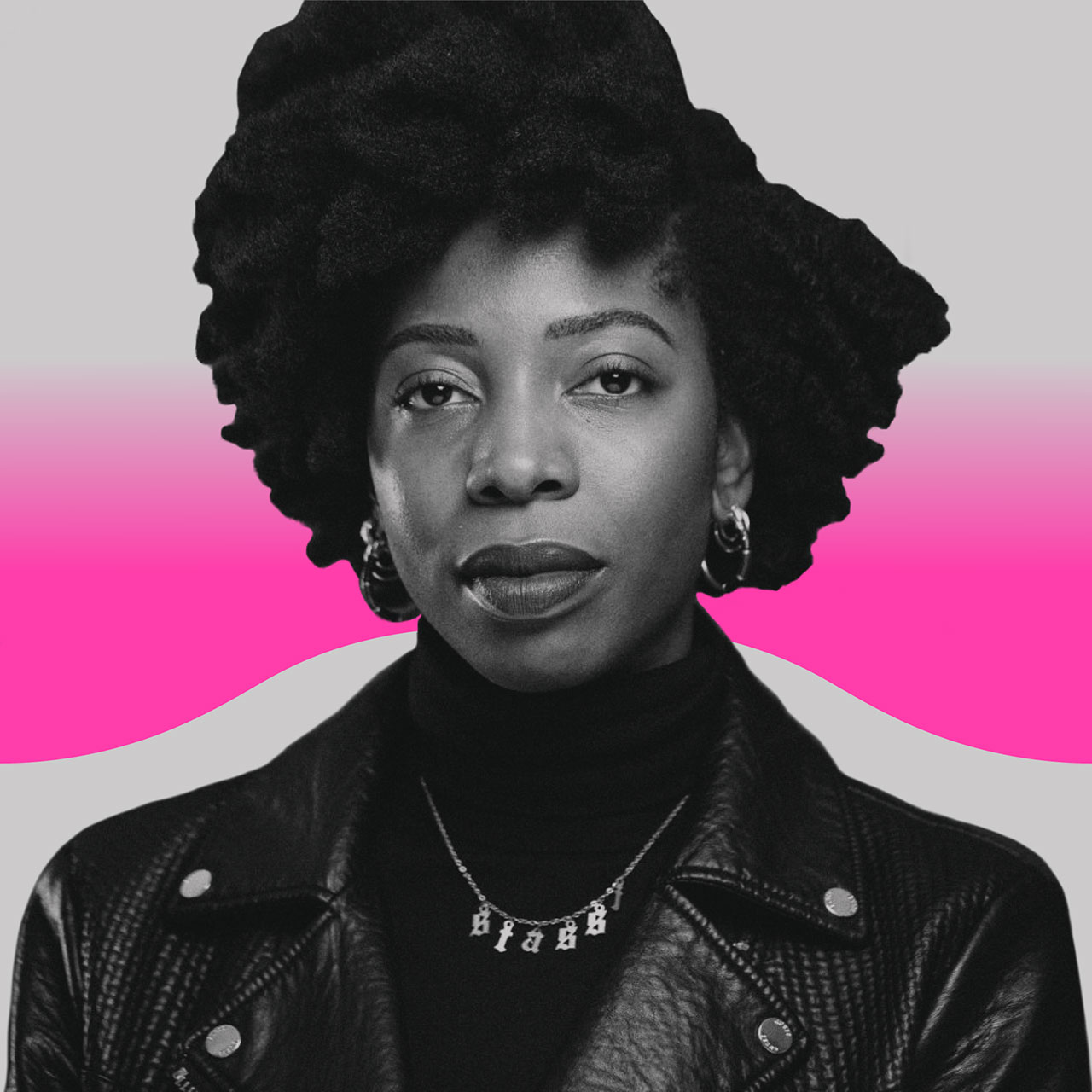 Before making her way to advertising, Stacy-Ann Ellis worked as a culture and entertainment journalist. The New York-based writer, artist and photographer was an editor at VIBE for several years, and she's also had bylines in magazines such as Teen Vogue, GQ, XXL and Cosmopolitan.

At Droga5, she's worked on clients including The New York Times, Facebook and REFORM Alliance.

We spent two minutes with Ellis to learn more about her background, her creative inspirations and recent work she's admired.

I knew I wanted to be an author, hands down, no hesitation. (You know, before some mean kid in elementary told me that wasn't a real job.) And I still do.

As a kid, I would staple scraps of construction paper together to make "books," which my parents still have tucked away in the house somewhere. I'd write stories about knights and castles and cookbooks about the most terrible way to make pancakes, and then I'd grab my Crayola box to scribble elaborate drawings to match. My parents were particularly impressed with how I drew cats and tulips and castles. So I guess it was then when I realized that I had a deep interest in both words and images.

I don't think I realized it then, but it makes total sense to say my dad. In addition to his day job, he was also a trained photographer. I'd watch him break out his fancy film cameras for family portraits and his slide projector to reminisce about old photos he took in Jamaica and during his work travels abroad, and it was all so cool to me. I didn't realize just how much he'd rub off on me.

I had to think long and hard about this one. When I was a junior in high school, I went to my guidance counselor's office for a routine college chat. I remember him looking at my file open on his desk, shaking his head and telling me in the next breath that I should aim lower with my selections because I wasn't good enough to get into a CUNY (City University of New York) school. Talk about feeling deflated. Mind you, this was a specialized high school I trained for and tested to get into, joining a Black population that made up less than 5 percent of the student body. I had fairly good SAT scores, never gotten below a B on anything and had extracurriculars running off the page. Yet he felt I was unqualified to soar. My mother called him to set him straight, and I was swiftly reassigned to a new counselor, but his message had already taken root in me. After that, I made it my personal business to overachieve with everything I do so that I'd never hear something like that again.

I remember camping out in front of Washington, D.C.,'s 9:30 Club for hours with my college roommate to see Frank Ocean. This was circa Channel Orange, before he decided to go into hiding. I was so, so close to the stage. No cameras were allowed, and this was before people became obsessed with having their phones up for the entire concert. Every single person in the room sang every word to his songs—even for "Forrest Gump." It was magical. We'll never get a moment that special again. As for right now? I'm really loving rapper and pianist D Smoke. He's brilliant with the pen. Do yourself a favor and give his latest album Black Habits a listen.

I adore the work of photographer Andre Wagner (aka, PhotoDre). The intimate stories and beauty of Black life he's able to capture with his lens are breathtaking. There's so much tenderness and intention behind his work.

Mulan is my spirit animal. Or spirit shero? You get it.

I'm still in love with Little Fires Everywhere. Then seeing the series directly after reading it was *chef's kiss.*

I follow a ridiculous amount of photographers, but I'm going to switch things up here. A scroll through my bookmarked content will lead you to fitness gals Massy Arias and Ruba Ali. They're constantly crushing it (and they actually work up a sweat), but their workouts are realistic enough for me to do.

How the Covid-19 crisis has changed your life—personally or professionally—in recent weeks.

This crisis has stretched me in ways I didn't think I could handle and shown me that sometimes the work you love the most is worth the pressure. But in that same vein, Covid has also taught me how valuable and essential breaks are and that I don't think working from home full time is my jam.

Before I made the jump to advertising, I spent years as a culture and entertainment journalist/editor. Not only did I write a VIBE digital cover on actor Winston Duke, who starred in Jordan Peele's Us, but I also shot it and handled the creative direction. It was certainly a challenge, but a rewarding one I was happy to take on. 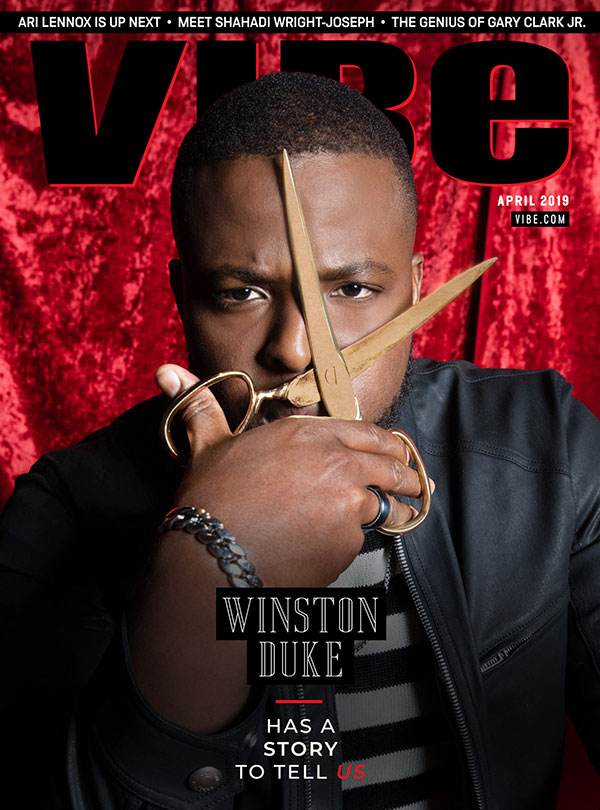 At Droga5, I'm really proud of our team's work on #AnswerTheirCall with REFORM Alliance. Covid-19 continues to devastate the U.S. prison system, putting 2.3 million people who can't practice physical distancing at higher risk. Their sentences should not become death sentences. Though the phone conversations we had with people behind bars were heartbreaking, it was rewarding to get to know them beyond their circumstances and amplify their voices as they shared their fears, concerns and hopes.

When It's All Over

BBDO New York and P&G's "The Talk" will always remain in my top five. I've seen it numerous times, and it still makes me cry.

BBDO New York did an amazing job with Sandy Hook Promise for "Back to School Essentials." What a gut check. I know it's a touchy subject, but I think the storytelling was crafted well and done tastefully.

I care about human beings first. People with emotions. So I consider my ability to lean into my full emotional Piscean nature as a strength.

Relentless self-editing. I filter myself to avoid looking stupid. Deep down, I want to present a "perfect," airtight idea on the first go and will be hesitant to share those first struggle thoughts. I'm working on it, though.

Sun and seawater. And warm cups of tea. So opposite, I know.

Knowing there will always be people who choose to be evil to those who don't deserve it.