Inspirations and favorite work, from Adidas to Pizza Hut

Shaun McIlrath joined Iris in 2008. He served as executive creative director for the U.K. before rising to global chief creative officer in 2016.

He has overseen global campaigns for clients such as Adidas, Guinness, Samsung, Domino's, Pizza Hut, Mini and Jeep. The Jeep "Portraits" spot won the Super Clio in 2016 for being the best commercial on the Super Bowl.

We spent two minutes with McIlrath to learn more about his background, his creative inspirations, and recent work he's admired. 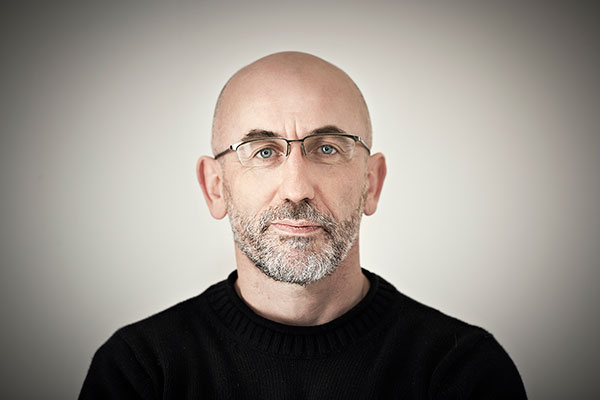 When I was 10, an English teacher told me I should be a writer. But as it didn't seem to involve soaring majestically or stealing fish from trawlers, I wasn't terribly interested.

Bruce Lee. And an actor called Justy from The Belfast Arts Theatre, who wore fingerless mittens and let my girlfriend and I in to watch rehearsals when we bunked off school.

I wrote some sketches for a Fringe Theatre show that were picked up by the BBC, albeit heavily censored. That led to TV, which led to advertising.

First concert was the Stranglers. I don't really have favorite bands these days, just favorite tracks that I play on repeat until I, and everyone I know, is sick of them. Currently that would be "The Clown" by Maribou State.

Lisa Snook. Louise Bourgeois comes in a distant second. But, unlike Snook, she's not my wife. Banksy would be in there too—artistically, not matrimonially.

Saga, the autistic detective from a Nordic noir called The Bridge. She's the freshest fictional character I've seen for a long time.

All the Light We Cannot See by Anthony Doerr.

Noooo! That's like being asked to choose your favorite child. So here's a grandchild, by which I mean I wasn't directly involved in the conception, but I love this baby and all its siblings. It's 5 now, but when it was born it was a completely fresh voice, that's been much copied since.

This film and app to make the U.K. aware that Pizza Hut deliver. We'd previously helped Domino's to 12 quarters of double-digit growth until a new marketing director moved the account. So there's a little slice of schadenfreude in there. It was also interesting to see how well a U.S. tone played in the U.K. market.

"If You Let Me Play" by Nike. Levi's "Creek" is up there, too. And, given the sad passing of Paul Silburn, John West Salmon cannot be forgotten.

Being a little too able to see other people's points of view.