His creative picks, from Tiji to 'I AM TRASH'

Matthieu Elkaim joined Ogilvy Paris as chief creative officer in the fall of 2018, after seven years at BBDO. He's won countless international awards for his work on brands including Volkswagen, PlayStation, Nike, Pedigree, Mercedes-Benz and Ubisoft.

We spent two minutes with Elkaim to learn more about his background, his favorite artists, and what he'd be doing if he weren't in advertising. 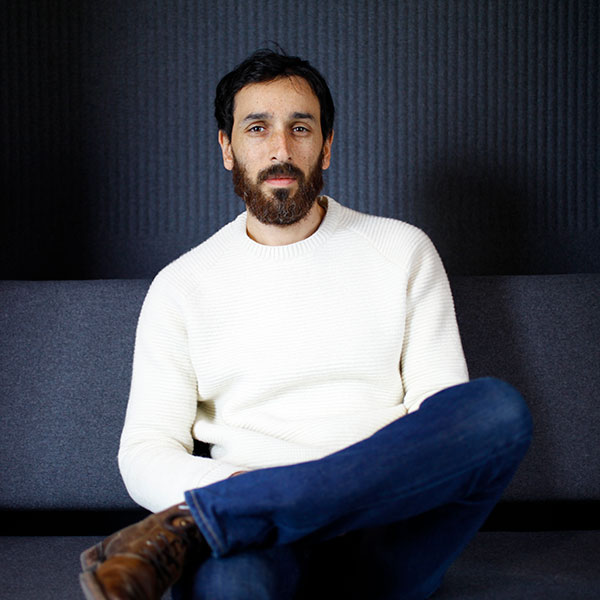 Noisy-le-Grand, Seine Saint Denis, on the outskirts of Paris.

Ophthalmologist, due to a serious eye accident when I was young.

At school. I spent more time clowning than studying.

Believe me or not, I never idolized anyone.

When I started to practice rock climbing. This sport literally changed my life.

Rod Stewart. Can't explain why. But I have a great memory of the show. My favorite musician today is certainly Moondog.

The Song Machine: Inside the Hit Factory, by John Seabrook.

A commercial for a French TV channel for kids ages 3-6 called Tiji, eight years ago. At this time, it was pretty rare to make an animated film for a commercial. The concept was clever and the script very rich, inspired by every kid around the world. It was a very collaborative project. Pierrette, my AD at this time, drew the main character. A good friend composed the music; it was the first time he worked for the ad industry.

Wanda Production proposed that we collaborate with a young, talented director who had done almost nothing before this film: Yoann Lemoine. Yoann is now best known as Woodkid. What a career! It was a bet. But a fantastic one. The film was a huge success in France and had a beautiful career in the award shows. I really like to watch it again, eight years later. The good thing with animated movies is they don't get old.

We created and launched a fragrance in collaboration with Etat Libre d'Orange, a luxury French brand of perfume. A very niche brand, provocative and singular. The concept was such a challenge: making a scent from the waste of the perfume industry. We did it. It's called I AM TRASH. It smells very good and it became the best seller of the perfume house. You can buy it in 440 stores around the world or by clicking here. I love this idea because it reflects pretty well how a creative agency can collaborate efficiently with a brand today.

I think we really need to find inspiration outside of the advertising world. Cinema, TV series, music, theater, dance, contemporary circus, standup comedy … I try to have a look at all these different disciplines. There is one common point to all these artistic fields: emotion. The most important hook to catch someone's attention in advertising, by the way.

Last year, a bit by chance, I discovered a Getty Images campaign I fell in love with: Coma. An original series made entirely out of image bank content. A simple product demo, actually. Brilliant idea. And very risky. Because what could be a great idea on a Keynote presentation could become a big fail in terms of execution. But they did it. Very well. The plot, the storytelling, the acting, the directing, everything is great. Like a good series on Netflix. I'm jealous. But very excited about the future of our industry.

Your main weakness or blind spot.

A kiss. From my kids.

I would cook pizzas.