2 Minutes With ... José Molla, Chief Creative Officer at the community

A career, and a lifetime, of chasing great stories

José Molla co-founded the community/la comunidad with his brother Joaquin in 2000, following an epic run at Wieden + Kennedy's Portland, Amsterdam and London offices.

Before that, he worked at Ratto/BBDO in Argentina as a writer and then creative director, leading the agency to more national and international awards than any other Argentinean agency.

We spent two minutes with José to learn more about his early days, his creative influences and his compelling work for brands like Nike and Verizon. 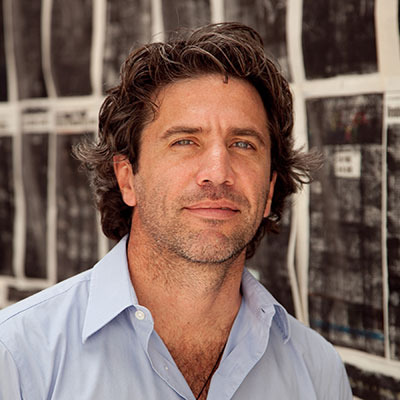 I'm honestly still trying to find out if I am.

Back when I was 16, I had an off-road motorcycle and way too much time on my hands. A bunch of us used to hang out every afternoon, just chilling on the streets, smoking pot and riding our bikes. One day we were bored, and we saw a fire truck speed by with the siren blasting. We thought the truck could lead us to something entertaining, so we jumped on our bikes and followed it. Our guess was right; when we finally got there, there was a big house in flames and a whole family watching in disbelief how their house became smoke and ashes. It was heartbreaking but captivating at the same time.

After that day, our meeting point became the corner across the street from the fire station, where we would hang out with our motorcycles ready, until an emergency call would lead us to another moment of drama. It became our daily reality show before reality shows. For some reason, maybe to cope with what I saw, every day after getting home I felt the urge to write what I saw, imagining the story around the incident. Looking back, I think that's how I became a writer.

My first concert was from Piero, a cheesy Argentinean singer.

There are three bands that truly influenced who I am today: The Cure, Pearl Jam and Radiohead.

Not sure if this is fiction or not, and this pick might have to do with my name. I always thought that Joseph, the carpenter married to Mary and the father of Jesus, was the real hero of the story, but he is barely mentioned.

Just imagine. One night he gets home after another long day carving wood, and Mary surprises him with the always terrifying "Honey, we need to talk…." They sit down, and right away she tells him she is pregnant, but she doesn't know how. She promises she didn't have any kind of physical contact with anyone. Joseph thought quietly about it for a while and then said, "Well, maybe it just happened because of the grace of God." And just like that, he was on board, no questions asked, and happily welcomed Jesus as his son. Believing his wife at that moment inspired millions and millions of believers afterwards. A true hero.

Shoe Dog, Phil Knight's memoir. I love the guy and had the privilege to present work to him a few times when I was at Wieden.

Is Paris Burning? by Larry Collins and Dominique Lapierre. I was just in Paris on vacation three weeks ago. The book describes how, when the Nazi occupation of Paris was ending, Hitler ordered the generals in charge of the city to erase it from the face of the earth before leaving. But the beauty of Paris led even the most loyal German generals to lie and disobey Hitler. They struggled, and at the end they couldn't do it—even when every bridge and important building was already wired with explosives. Hitler kept calling, enraged, asking "Is Paris burning???"

Tough one. There are many. Just to mention a few, Harold and Maude—way ahead of its time—and Pulp Fiction, because it changed movie language as a whole.

I love the @TSA feed, showing all the crazy objects people try to smuggle through airport security. They know how to turn scary into funny, engaging stories, with a very consistent voice. Community management at its best.

We've done a lot of crazy and great things here at the community over the years. But one of the craziest things I've ever done in my career is probably a Nike Live campaign, many, many years ago when I was at Wieden. Together with Andy Fackrell, we produced and aired around 200 "live" spots in Buenos Aires and Mexico City. We would go with a mobile news unit looking for people who were actually training at that very moment. We asked them if they wanted to be part of a Nike campaign, made them sign the release, and 10 minutes later they were on air, doing exactly what they were doing before. As real as it gets. Then we would show the actual time with the core concept: "He/she is training. You're not. Just do it." And many other lines. Each spot was unique and was used just one time. We even ran a spot 10 minutes into a broadcast of the movie Big that gave away the ending of the movie and then said, "Now you can go train." The next day, the network executives called the local Nike client, saying they got complaints from 3,000 people. They were mad, but we celebrated.

I'm the one holding all the super cards to the camera. What a rush. I never had so much stress—everything was 100 percent live—and so much fun at the same time.

Pretty soon, all the magazines and newspapers were telling people that if they wanted to be featured in a Nike campaign, they have to go out there and train! And this was before social media, so I wonder how crazy it would get now if people knew where we were showing up to shoot.

During our five years partnering with Verizon, we have been lucky to do some great campaigns together. However, I am particularly proud of the one that we have been doing over the past year led by my brother Joaquin. From working with Verizon, we've realized all the incredible things they do, and the lengths they go to be America's Most Reliable Network. However, many of these things people don't know about.

It's a brand that's always attacked by its competitors, but as the leader you can't react. Instead of trying to be "cool" or flashy, we embraced the brand's essence: their engineer spirit.

We built a whole department at the agency with documentarians, editors, reporters, etc. And we went after the thousands of incredible stories and things they do all around the country.

We traveled everywhere, interviewing real engineers and telling their stories in a very real, documentary-style campaign, using the engineers as the core talent. It's something that also brought a lot of goodwill to their internal culture. With the "Best for a Good Reason" campaign, we curated around 150 stories and ended up producing around 100 videos so far, highlighting how hard everyone at Verizon works to be the best and the brand purpose behind that.

As a consequence of always going the extra mile, Verizon won all the major network superiority awards nationwide for the first time. And we just announced it by paying tribute to all the hard-working engineers who made it possible, as you can see in the videos.

Everything that David Abbott wrote inspired me to be in this business. More recently, "It's a Tide Ad." A great reminder of how great ideas are even better when they build brands and serve a commercial purpose.

Burger King, "Whopper Detour," by FCB's team. I love the geolocation aspect and how it messes with a competitor without being too aggressive about it. But adding the mechanic of downloading the app as BK's ROI really closes the loop for me, and it makes the idea perfect.

Also, The New York Times' "The Truth Is Hard" campaign from Droga5. Perfect for the brand and the world we are living in, plus amazing craft.

I'm very effective at solving things, but I'm not usually the most patient. And many times, what people really want is to be listened to.

Not being in Miami.

Kite surfing, spearfishing, snowboarding, riding dirt bikes in Patagonia, and spending as many hours as I can on friends' boats.

Tags
The Community
2 Minutes With