A designer's journey, from South Dallas to West Garfield Park 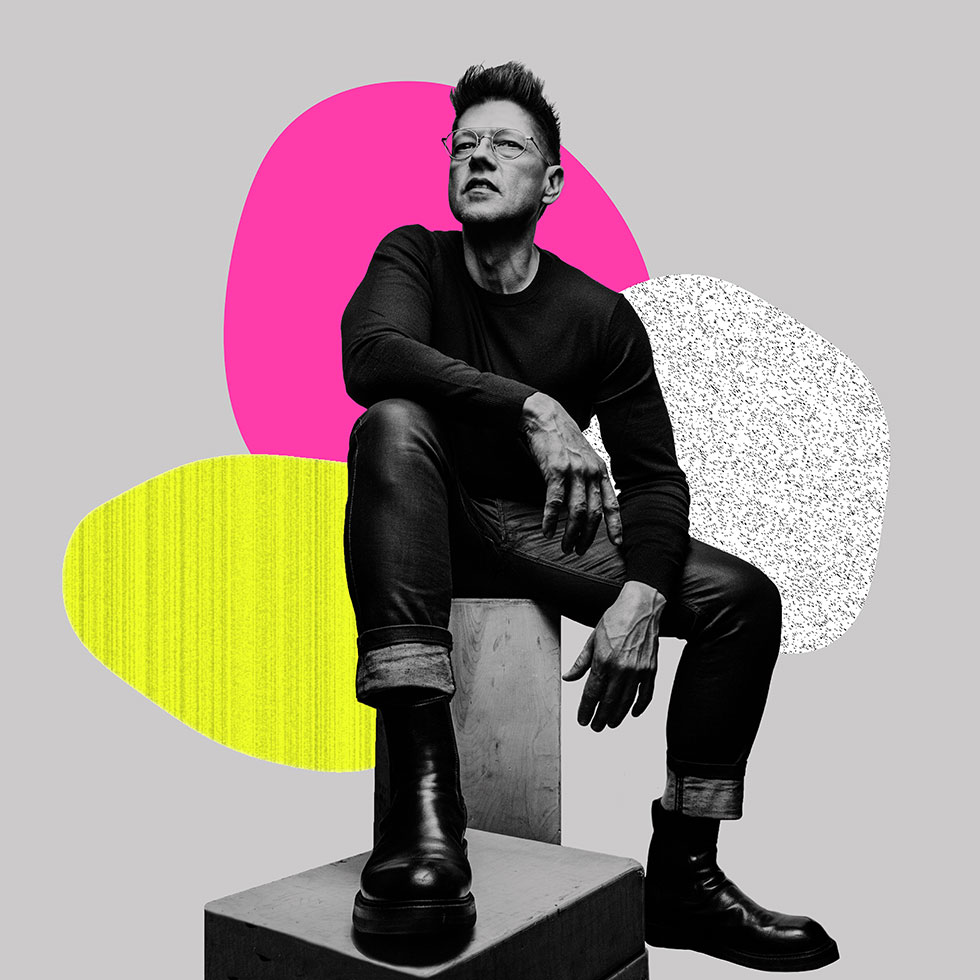 Raised in public housing by his grandmother on the south side of Dallas, John Norman earned a degree in fine arts from Texas A&M University and embarked on a career in advertising and design.

After getting his start at The Richards Group, Norman spent time as Nike, and then Wieden + Kennedy, before a stint in Italy at Benetton Group. After running his own agency in Dallas for two years, he spent time at Goodby Silverstein & Partners, W+K Amsterdam, The Martin Agency, TBWA\Chiat\Day L.A. and Translation—before joining Havas Chicago as chief creative officer in March 2019.

Among his lauded creations are "Happiness Factory" for Coca-Cola and "Write the Future" for Nike, both crafted at W+K Amsterdam. We spent two minutes with Norman to learn more about his background, his creative inspirations, and recent work he's admired.

I was born in South Oak Cliff, Texas, which is basically South Dallas. My career has taken me around the world, and now I've ended up in Chicago.

I grew up loving Julius Erving and wanted to play in the NBA.

I could always draw. I was raised by my grandmother, who encouraged me to keep drawing, that hopefully I would end up working for Hallmark cards someday.

My life changed when I found my long-lost brother. We were raised by different people and connected when we were high school age. The story is pretty wild. All I knew was his last name and city. On a whim, my friend and I went through the phone book and called every household under that name. Sure enough, we found him and he lived in the Dallas area. We met two days later and are still close to this day.

My first concert was the Commodores with Lionel Richie. My favorite musician will always be Van Morrison.

Richard Prince. He takes social currency and changes the perspective of it. He's super clever. There's a social commentary in his work that makes me consider my own perception of reality.

Batman. There's a dark side to him. There's a flaw to every hero, and that's compelling.

I've seen a psychological shift of how people in our industry are working together. In a way, WFH has been liberating—it has allowed us to use technology the right way, by getting closer to each other and putting focus on what we are making together. Since we are in our colleagues' homes every day, all day long, it makes our time more valuable by being respectful to each other.

As a creative, I've also noticed that the crisis has upped our game. I think that's because our clients' business challenges are specific and we have a very clear problem that we're solving for. All great ideas have a tension we are solving against. It hasn't been easy for anyone, but the longer we're in this moment, the more I'm filled with optimism that our industry will re-focus on what makes it great—big creative ideas that are grounded in human truths.

One of my favorite design projects was the brand identity for the American Indian College Fund. That was fun because I beat out other top designers in America to work with David Kennedy on the project. It was an idea that 50 native nations agreed on, which is next to impossible. The identity incorporated a universal icon of the flame of knowledge and fire with a feather. Fire and a feather are part of every native nation's culture, connecting them all. It became a symbol that represented hope for the future and is still in use today.

Another one is Nike "Write the Future," which won an Emmy and the Cannes Film Grand Prix. It was about changing Nike's brand behavior from Brazilian ginga style football to technical football, to go against their competitor, Adidas. The campaign was an invitation for the soccer community and people everywhere to change their destiny through sport. It was arguably the most expensive campaign I've ever worked on, but it wasn't the budget that made it great. The campaign was a true brand repositioning of global football. We changed the game forever.

Havas Chicago and Annex did pro bono work for Off the Street Club, Chicago's oldest boys and girls club. OTSC serves thousands of kids living in West Garfield Park, one of the most dangerous neighborhoods in the U.S. The neighborhood usually makes headlines for its violence, but there's so much more to the story. Positivity and hope pulse through the community every day. We wanted to expose the bigger picture. The campaign challenged and redefined what it means to be "shot" by highlighting the joy and futures of the kids through the lens of legendary photographer, Sandro Miller.

Off The Street Club | Shot in West Garfield Park

I've been admiring the latest work for KFC. It's smart and has a social currency in it.

Visual storytelling. I love the combination of great design and big ideas that are based in a universal human truth.

Overthinking an idea. My solution is to always go back to the brief and find the deep human truth and making sure the work adheres to that.

Building houses. I love working with my hands to create.