The Star Trek-loving polymath on his creative journey

Before joining Deutsch in 2018, Husani Oakley was chief technology officer at online investment platform GoldBean for four years, and director of creative technology at Wieden + Kennedy New York for two years before.

We spent two minutes with Oakley to learn more about his background, his creative inspirations and recent work he's admired. 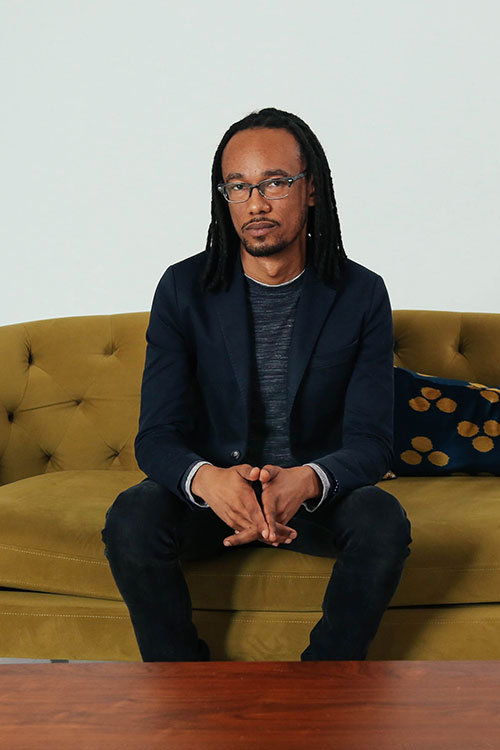 I'm a loud and proud New Jerseyan—born in New Brunswick, raised in Montclair.

I wanted to be an astronaut. Specifically, I wanted to be the first human on Mars. But not in the way most kids want to be astronauts; I studied as if I'd already been named NASA's youngest shuttle commander. I grew up in the same town as Buzz Aldrin, so I thought it was fate. Apparently, I was wrong, but if Elon Musk is reading this … Elon, I'm your guy. Call me.

Like a Facebook relationship status, it's complicated. I spent most of my childhood balancing art (I'm a musician) and science (hello computer), but didn't have a word for what I thought was my weird in-between creativity until 1997. Opening night of Montclair High School's production of Man of La Mancha, I was the pit orchestra's clarinetist. After the show, my music teacher found me and said, "I heard you. I felt you." Holy shit, I thought. I have the talent to make art that drives emotion? Felt like a superpower.

The day I was suspended from high school for having created and distributed a political flyer. After being thrown out of the building, I called my mom on a pay phone—remember those?!—and told her what happened, fully expecting to be grounded for life. Much to my surprise, that didn't happen; I ended up filing a lawsuit to force a change to the school's freedom of speech policy. That was the moment I fully understood the power of design, creativity and taking risks—and how a combination of those could help change the world. Or at least help change a town.

The first go-by-myself, I'm-an-adult-now concert? Jamiroquai, at the Hammerstein Ballroom on Sept. 10, 2001. (I know, right?) And I don't think I have a favorite modern band/musician. The ability to listen to anything, from anyone, at any time, has decoupled era from art. My Spotify favorites span the past 200 years.

Everyone should know who Shikeith is.

Iowa's own Captain James Tiberius Kirk. Not the bullshit Chris Pine version, to be clear; the original William Shatner interpretation. And while I didn't cheat on the Kobayashi Maru, I always have and always will look to Kirk for inspiration.

I bet you thought it'd be a Star Trek film, huh? Surprise! It's Shine. But please note, Star Trek II: The Wrath of Khan is a close second.

"Human Twitter," Wieden + Kennedy New York for ESPN. We had a couple hundred people in the stands at the X Games spelling out tweets in person, broadcast on ESPN. Fun idea, cool tech, and the adrenaline rush of live TV.

BudX Miami was a new frontier. As brands and advertisers, we're undergoing a fundamental shift in the stories we're telling, who we're telling them to, and where we're telling them. Multiple hands/disciplines/talent from Deutsch transitioned this party experience to a content publishing effort. 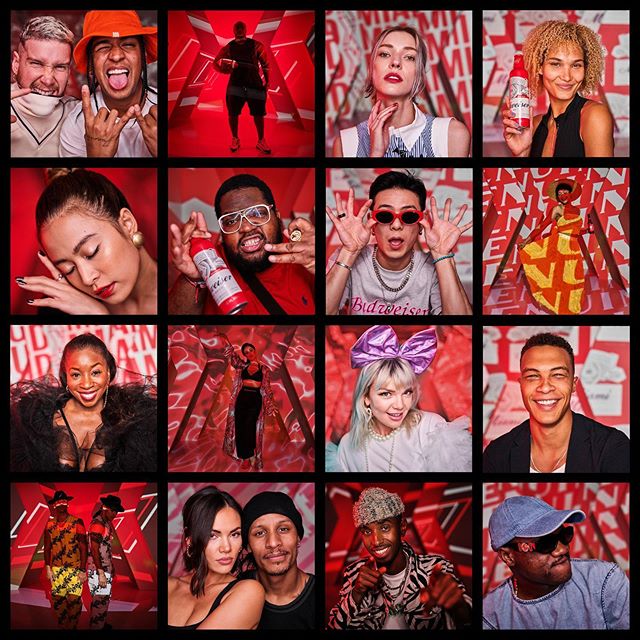 Halo 3: "Believe" by AKQA blew my mind so much. It pushed me to take a long, hard look at the work I was spending time on and inspired me to leave the big-ecommerce-platform work I'd been doing and move across the country to run technology at a digital creative agency. Along with Subservient Chicken and Elf Yourself, it proved that a brilliant creative idea plus cutting-edge technology could make magic. And due to a combination of the universe believing in irony and good old-fashioned luck, I ended up running technology at the agency [EVB] behind Elf Yourself.

W+K's work for Facebook. Saw it during the Grammys. So damn good.

I have bizarrely wide-ranging interests and tastes. I can watch 90 Day Fiancé without any shame, and I can also sing along to Don Giovanni. My randomness helps me see patterns.

I have a tendency to start thinking about execution too early in the creative process.

Star Trek. Almost any incarnation—except Enterprise and all the JJ Abramsverse movies. Just hearing a sound effect, or the score, or seeing the colors makes me smile and think that everything'll be OK.

William Warfield singing "Ol' Man River" from Show Boat. Especially the second half. Gets me every time.

I'd be playing woodwind—alto sax and clarinet, baby!—in a Broadway pit orchestra. Or I'd work in the White House. With a different administration, obviously.