From the advertising trenches to the world of academia

Greg Braun is the retired deputy global chief creative officer of Commonwealth//McCann. Prior to that he was the national executive creative director of Innocean USA in Los Angeles. He has also held creative leadership positions at PULSE/Team Detroit, Y&R, BBDO and Saatchi & Saatchi.

In his career, Braun has worked on such brands as Chevrolet, Toyota, Starbucks, United Airlines, Citibank and Hyundai, and has created work for the Super Bowl, the Oscars and the FIFA World Cup. In recent years, he has taken up teaching creativity to the next generation, holding posts at the College for Creative Studies, the Michael Graves College of Design in Rome, and Calvin University.

Muse spent two minutes with Braun to learn more about his background, his creative inspirations, recent work he's admired, and why he moved into teaching. 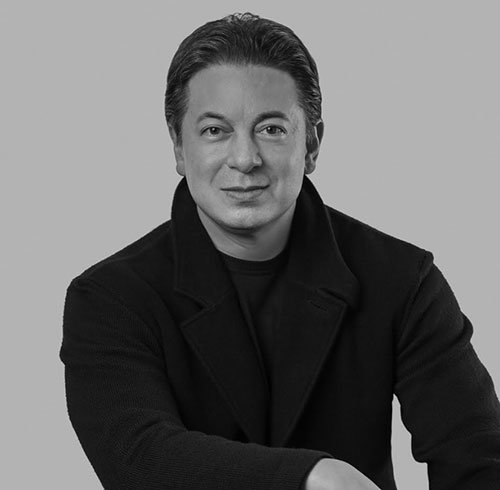 I was born in Portland, Ore., and I live in Bloomfield Hills, Mich., and Huntington Beach, Calif.

Even as a kid I knew I wanted to work in a creative field, but the only one I could think of that was an actual profession was cartoonist. Not very realistic for me personally, but I clung to it for a long time, which is actually indicative of the gap in secondary art education that still exists. In fact, the majority of high school students have no awareness of the creative professions available to them such as art director, transportation designer, product designer, environmental designer, motion graphics designer, etc. We lose so many future talents because of the prevailing sentiment that "Art isn't a career." I consider myself very fortunate that somehow, in spite of everything, advertising found me.

Growing up in Portland, Ore., my most accessible, mainstream creative visual storytelling content took the form of comic books. Most kids in the neighborhood were adamantly split along party lines, being loyal to either DC Comics (Superman, Batman, etc.) or Marvel Comics (Iron Man, the Avengers, Spiderman, etc.). I was very clearly a "Marvel kid" because the characters lived in real neighborhoods, like Hell's Kitchen, and had real jobs, sometimes bad ones like Peter Parker being a part-time photographer. And at the center of that Marvel Universe was the late, great Stan Lee. Not only did he create or co-create the medium's most enduring characters, but he sort of functioned as the grand ambassador for the genre. I had a chance to meet him before he died, and I told him that my brother and I read and followed all his characters growing up. He looked at me with a big grin and said in his classic Stan Lee style, "That was you?!"

I had graduated with a bachelor's degree and was working as a low-end graphic designer in my Oregon hometown. My education gave me strong cognitive skills, but my craft and execution were no where near what's required to actually have a career. I had learned about this amazing college called Art Center in Pasadena that was making an impact in the industry, but for me, it was far, it was expensive, and most of all it was scary. I was in the process of chickening out, when my favorite uncle, Steve, a successful architect, sat me down. He said, "Greg, if you don't follow through and go to Art Center, you will never amount to sh**." Sometimes only people who love you can tell you the truth, and it turned out to be the truth I needed to hear.

For years I promised myself that I'd finish The Rise and Fall of the Third Reich by William Shirer. It's considered the definitive historical tome on the subject. And at 1,280 pages, it's also an intimidating read. But not only is it an incredible read, it's an incredibly relevant read. So many of the things happening in our country politically today are shadowy reflections of the ultimately tragic trajectory of Germany during that time. Is America a long way from this? A chilling a reminder that all great travesties started out as small ones.

Instead of movie, I'm going to say film. Specifically, film series in the form of Netflix, Hulu, HBO, etc. We suddenly find ourselves in an era where the most original, innovative and creative work is being done in sequential television instead of in conventional movies. The Handmaid's Tale, Ozark, Better Call Saul, Killing Eve, Mrs. Maisel, Watchmen and others are all telling stories with a depth that no two-hour film could ever accommodate.

Like all of us in this business, it's hard to pick just one. The "Walking Dead Chop Shop," which won a Gold Clio for Hyundai with Innocean, was a favorite because it ended up being so embraced as authentic by the rabid—and outspoken—Walking Dead fanbase. "The Invisible Car" for Chevrolet with Commonwealth//McCann and The Mill was a recent favorite, because it represented a technological advancement that fundamentally changed the way we're able to film cars. But if I had to pick just one, I'm going to have to go way back to the ACLU and DeVito/Verdi. When I did this ad with creative director Sal DeVito and writer Joel Tractenberg, I never imagined it would be just as relevant today as it was then. Which is why getting to deliver that message on behalf of the ACLU's mission makes it the ad that means the most to me. 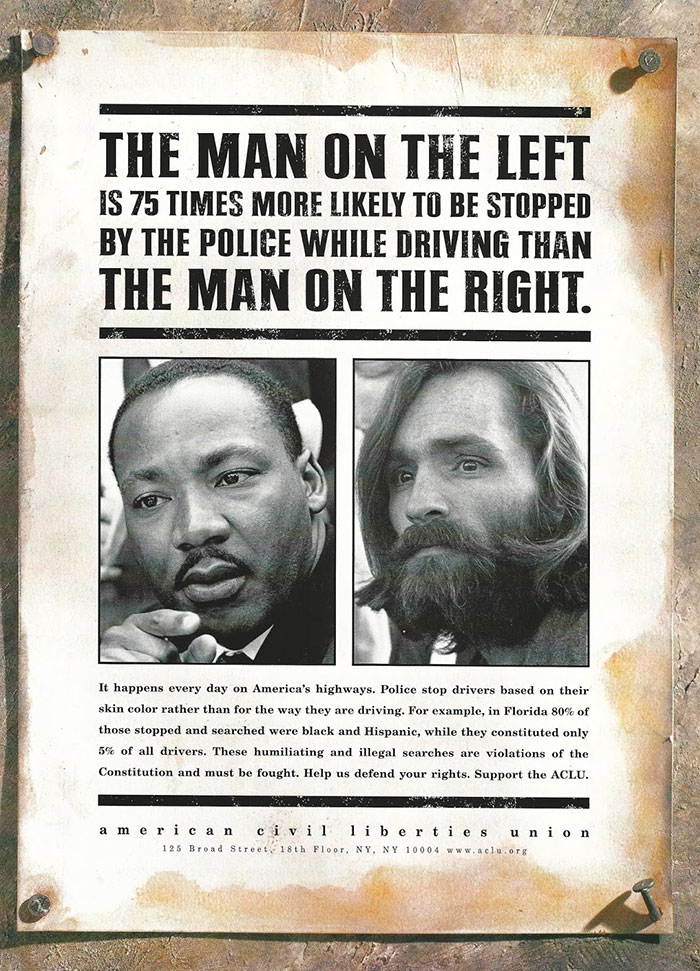 I'm especially excited about "Operation CCS." It's a sponsored project for my junior year students at the College for Creative Studies. Working with the actual CCS marketing department, as well as other leaders at the college, my students are creating advertising campaigns that will potentially market the school in all the ways only a current student could ideate.

Jeep's Super Bowl commercial "Groundhog Day" by the agency Highdive. There was a lot of great Super Bowl work this year, with several of my favorites created by old friends and talented colleagues, but there's something transcendent about seeing Bill Murray reprise one of his most beloved roles. The man has no agent, no manager, and no publicist, but somehow he was actually contacted, and somehow he actually said yes. As a veteran of many, many Super Bowls, I know just how improbable that outcome was, and that the finished spot is all the more magical as a result.

I used to feel creatively self-conscious about my inability to write in the genre of heartfelt, emotional and sincerely sentimental. In contrast, comedy, drama, horror, camp, action were all natural avenues for me to execute within. But heartfelt was always a blind spot for me, until one day I underwent a fundamental change. I became "Dad."

Seeing my students, the next generation of creative professionals, realize their potential. Last semester I got to help an exceptionally talented of a student of mine named Melissa win her very first One Show pencil. (Incidentally, winning my first One Show pencil under the title of professor was pretty fun, too.) Politics, agendas and budgets are all necessary realities of the professional world, but they're not things that impact the creative process here. As a result, it liberates the creative thinking in ways that constantly surprise me. The creativity is pure. That makes me happy.

American divisiveness makes me sad. There was a time when we used to tease each other about our different politics. No one's laughing now. I have concerns about this growing trend of demonizing the wealthy, but much more importantly, income disparity makes me sad. I see hardworking, deserving Americans, some of whom are my students, who will be challenged with having the basic things earlier generations could count on. Things like owning your own home or graduating from college without incurring colossal, crippling debt.

Actually, I'm doing it right now. I'm incredibly grateful to this crazy business that's given me so much, but I had two goals for myself by the time I reached 50. One was to retire, and the other was to teach. My family is seeing as much of the world as we can together—while my daughter will still tolerate us—and I'm now also an adjunct professor at the College for Creative Studies, the Michael Graves College of Design in Rome, and Calvin University. I've had the opportunity to work in almost every major ad market in the country, and also several around the world. Yet my students continually surprise me with new questions or fresh thinking that I honestly never see coming. So while I'm happily retired from advertising, I simultaneously get to be fully immersed in creativity on a daily basis. And when I can open doors for the next generation of advertising professionals, creatively or literally, I find that inspiring every time.