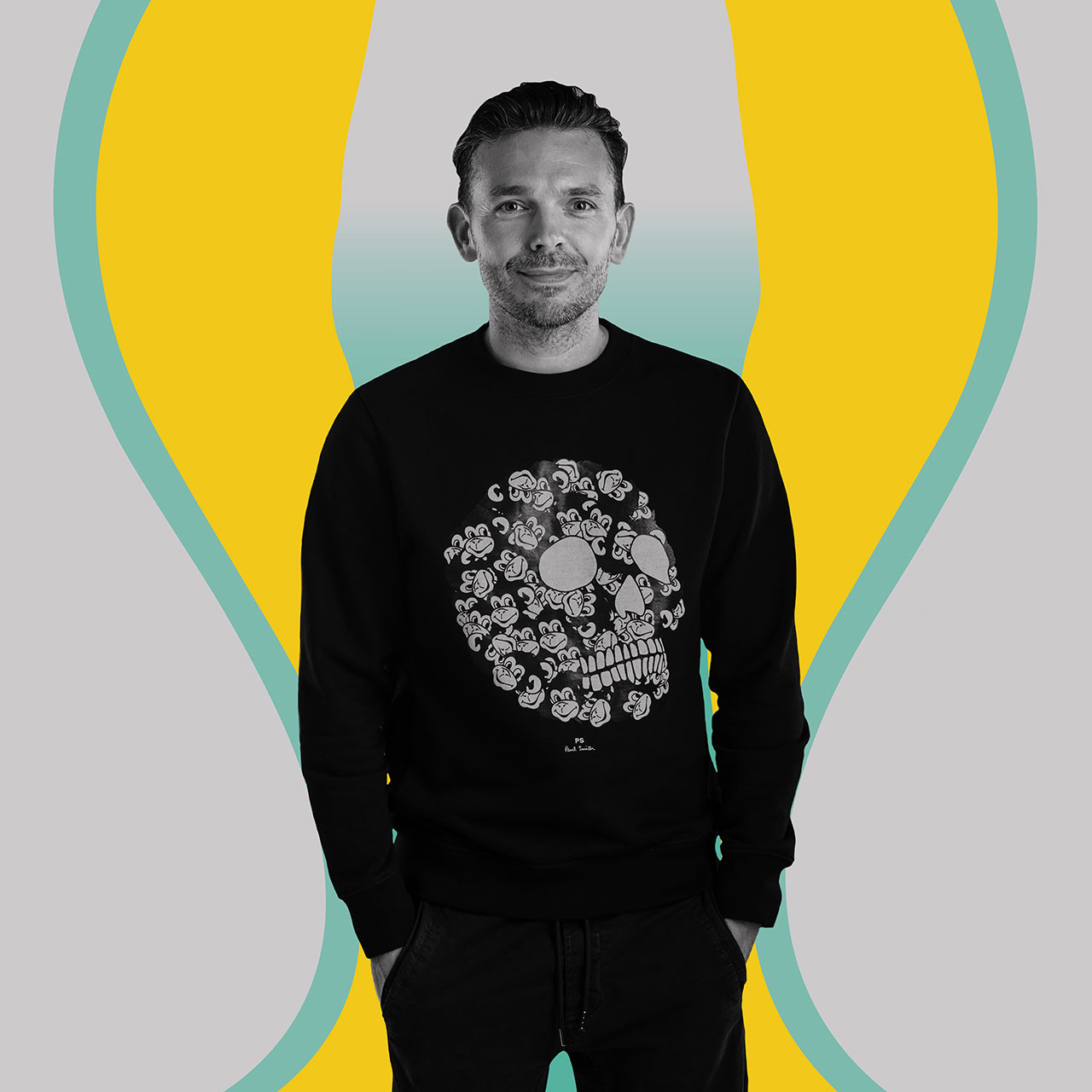 During his time at Iris, Hunter has led the award-winning "Moon for All Mankind" VR experience for Samsung, led the design team for the 2012 London Olympics mascots, developed Johnnie Walker's F1 branded content series "Step Inside the Circuit" and the "Force of Black" platform for Adidas' partnership with the All Blacks rugby team.

He is also the co-author of Newsjacking, published by Thames and Hudson, and is a 2020 Clio Sports jurors.

We spend two minutes with Hunter to learn more about his background, his creative inspirations, recent work he's admired, and his favorite athletes and sports teams.

As a teen I was eager to leave "The Shire." Gareth, a graphic designer who lived and had his studio in the village, gave me work experience. So from the age of 15 my eyes were opened to the possibility of doing something creative and making a living out of it.

I drew constantly as a kid. I had a love of the Beano, a comic and a U.K. institution, so spent many hours copying the characters and making up new ones of my own.

I was a massive Underworld fan and because of that became obsessed with the design studio Tomato. Underworld's Dubnobasswithmyheadman album had an iconic black-and-white type style on its cover, and the book Skyscraper I Love You was filled with prose and type colliding in a maelstrom of urban intensity.

The death of my father when I was 12 was a monumental moment. But my mother and grandmother did an awesome job of providing stability, positivity and instilled a work ethic in me that has served me well.

West Ham vs. Aston Villa, Littlewoods Cup Quarter Final, January 1989. I was 13 we were standing right at the front of the North Bank. It was in the days of standing terraces with just a short wall in front us. We won the game 2-1 (it is one of the few games I've been at where we actually pulled off the win). I remember Villa's Alan McInally almost ending up on top of us after he ran down the wing and ran out of room. He jumped on the wall in front of us and got a suitably raucous reception from The Irons faithful.

Your favorite sports team or two, and what you love about them.

West Ham have been my team since my early childhood. My local team would have been The Posh—Peterborough United. But my best mate Mark's family came from the East End so The Irons in the First Division became my team. I certainly didn't chase the glory, but I liked West Ham's brand of creative football.

Your favorite athlete or two, and what you love about them.

Many great athletes are so focused on being great that they lose their humanity, their humility. With Adidas I remember shooting with [Ethiopian long-distance track star] Haile Gebrselassie and was struck by how amicable and humble he was. He was so generous with his time and seemed to smile continuously through the two-hour session. Nothing was too much trouble for him. Equally the All Blacks, whom we also worked with for Adidas for a number of years. Their sense of team and work ethic is unrivaled.

Seeing full on competition that's fierce but fair. The unpredictability when on any given day the underdog can upset the favorite.

Blade Runner and the follow-up Blade Runner 2049. Iconic vistas from the future. The original still holds its own even though it was created in the '80s. The more recent Denis Villeneuve homage to it in many ways is even more awe-inspiring. I'm also intrigued to see what Villeneuve does with the Dune remake. And you can't mention Blade Runner without mentioning Vangelsis' original soundtrack. At college I listened to it on repeat while working late to hit the next impending deadline.

Mr. Bingo is a nut case. I've loved his work since I discovered his hate mail project which ran for years.

The London 2012 Olympic mascots. A once-in-a-lifetime opportunity to represent your country when the Games came to the capital. We created the first customizable mascots, unlike every previous mascot, which was simply an animal associated with that country. Created for the digital age, the mascots could be customized to reflect the rich melting pot of culture in the U.K. They polarized people—the young loved Wenlock and Mandeville while the establishment called them puerile. 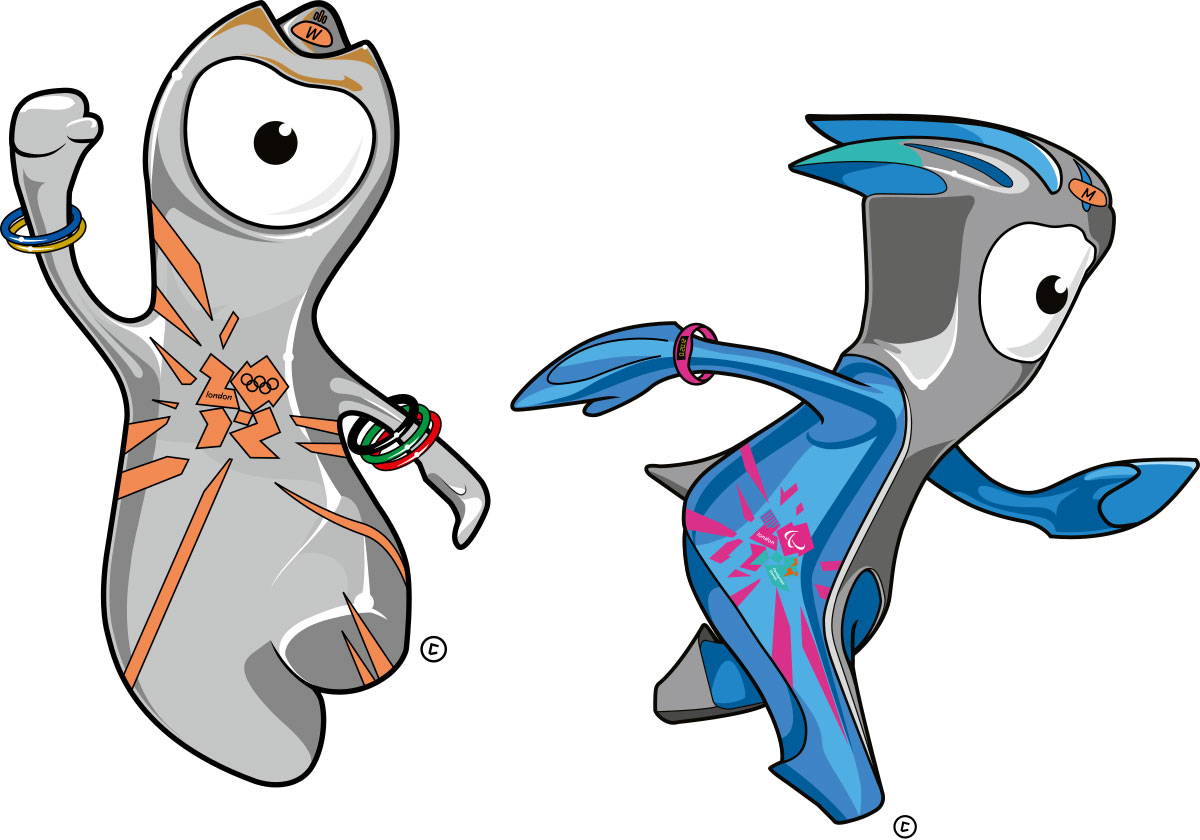 Starbucks "Every Name's a Story." We won the Channel 4 Diversity in Advertising Award. Big shout-out to the team Neil, Eli, Rich, Raj, Elisha, Matt, Richard, Amy and many others. It's based on a unique insight around how transgender people have used Starbucks to try out their new chosen name. It was super important that we told the story in a true, authentic way. Nick Jack Davies, the director represented by Sweetshop, did a fantastic job. The response the work received from the transgender community was overwhelming and confirmed how important it is to represent a vastly under represented segment of society. We hope it fosters great understanding in the U.K. and beyond.

Starbucks | Every name's a story

Guinness "Surfer." Jonathan's Glazer's stunning cinematography and the casting of the main character was on point. And I loved the Leftfield soundtrack with the Moby Dick excerpts read over the top. It's a perfect execution of "Good things come to those who wait."

In the current lockdown we are having to be more resourceful in terms of using stock, commissioning animation or re-cutting footage we've already shot. It's a challenge but the constraints can create surprising results. "Endless Stories" by Getty is a brilliant example of a piece of branded content that's entirely made from stock. It shines a light on an event you may have seen many times. But this film uncovers new surprising perspectives on the March 8, 1971, fight at Madison Square Garden. From Frank Sinatra being ringside as a photographer to the drug kingpin whose extravagant behavior attracted the attention of the Feds.

Bringing people along for the ride.

Procrastination. We all need that deadline. But why do I end up asking myself "Why didn't I start sooner?" so often?

West Ham's results and position in the table. But more importantly, plastic in the ocean.

I'm about to become a beekeeper and I'm working on an organic honey brand. Technically they are deemed as livestock, so for all intents and purposes I will be a farmer.