With his background in music videos, it's perhaps no surprise that Damien Shatford did such a bang-up job crafting DB Export's ridiculously entertaining "I'm Drinking It for You" R&B duet for New Zealand brewer DB Export last year.

But he's hardly a one-hit wonder. The director's other notable spots since joining Sweetshop in 2013 have included the New Zealand Police's celebrated recruitment video from 2017 as well as this year's zombie-tastic L&P soda spot, set to Sheryl Crow's "All I Wanna Do."

Muse spent two minutes with Shatford to learn more about his background, his creative inspirations, and ... his hands? 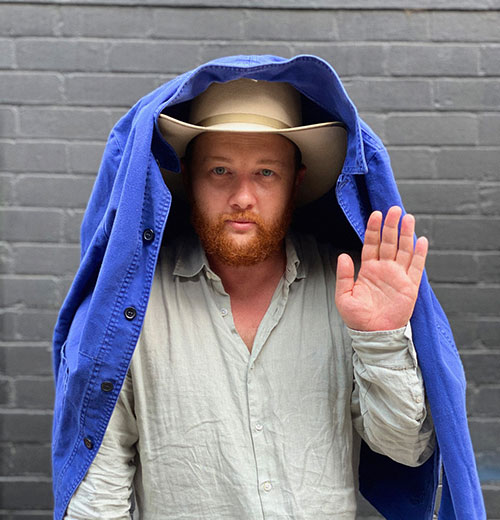 Somewhere along the way, I realized when I created things I got gifted dopamine. Reward systems work. I like making things. I can't remember a time that I didn't.

Pretty much anyone making music videos. MTV wasn't very accessible, and I think New Zealand's budget version was programmed by Creed. But I got that DVD box set Director's Label that introduced me to Spike Jonze, Michel Gondry, Chris Cunningham. I liked those directors a lot.

I left high school at 15 and became a fry cook. I moved around different kitchens, trained under some scary small-town chefs, and slowly moved up the line in French fine dining. I didn't like it, so retired at 21 and went to film school.

In 2013, an artist named Julie Dale painted me a picture of a flaccid baguette from a photograph I took at my local supermarket. It's my favorite painting, so maybe she's my favorite artist? She's also my mother. Here is "Baguette, 2013": 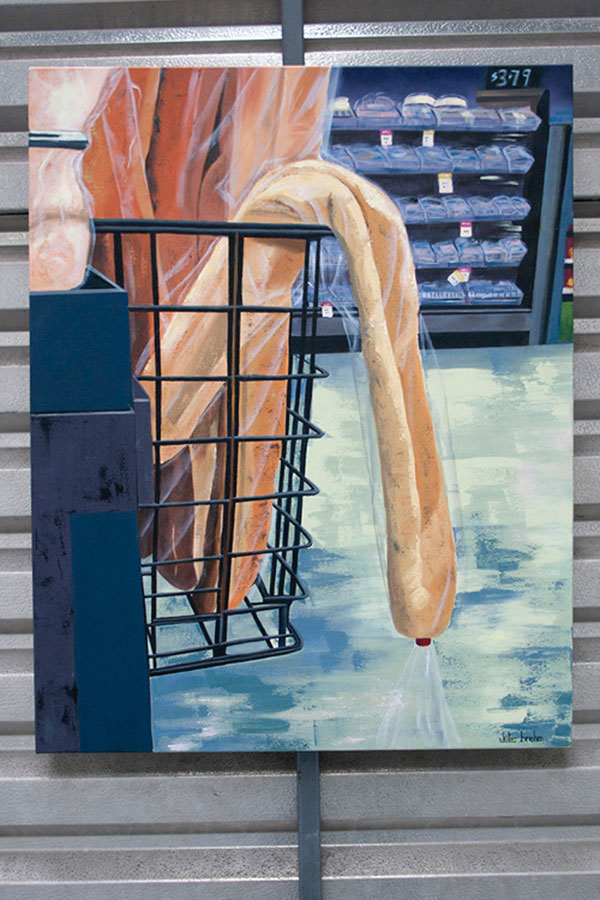 Currently it's Charlie and Nicole from Marriage Story.

Suburban Baroque by David Wadelton. It's more of a picture book, but it does have some words in it. It's a look at these garish euro mid-century suburban interiors from old working-class areas in Melbourne. Marble, columns, gold and stucco. Yum.

DB Export: Extra Low Carbs! The process… I worked with a very talented group of humans on a super fun script, where we got to make a love ballad about beer.

I'm Drinking It For You

L&P: Best Day Ever. The script… Two best friends having the the best day ever—but they're zombies and it's the apocalypse. Also Sheryl Crow. It got a lot of complaints from a lot of terrified people. None were upheld by our Advertising Standards Authority, but it was a pretty funny read.

This piece of theater called Small Metal Objects from Back to Back Theatre. It happened in the middle of dense pedestrian traffic in downtown Wellington. About 100 of us watched from some very public bleachers—and through headphones we were wired into this incredible drama being played out somewhere in the crowd. The actors would sometimes interact with the public. The public would sometimes just watch the 100 people with headphones on staring into middle distance. Was pretty surreal.

I'm not sure, but I think Boston Robotics needs to stop abusing robots. We'll all pay for what they've done.

My important and unique perspective as a straight white male.

My crippling insecurities about literally everything.

"I Miss You" by Blink 182. Specifically when Tom's second verse comes in.

What you'd be doing if you weren't a director.