The former Army man's journey in the creative arts

Con Williamson has been chief creative officer at EP+Co, the Greenville, S.C., agency formerly known as Erwin Penland, since 2013.

He brought 15 years of experience, including three and a half years as CCO of Saatchi & Saatchi New York—on brands like Miller Lite, Lenovo, Head & Shoulders, Cheerios, Luv's and Tide—and two as CCO of Euro RSCG New York (now Havas). Prior to that, he held creative roles at Fallon/Duffy, JWT and his own agency Lodge 212.

We spent two minutes with Williamson to chat about his background, his inspirations and the work he's admired most lately. 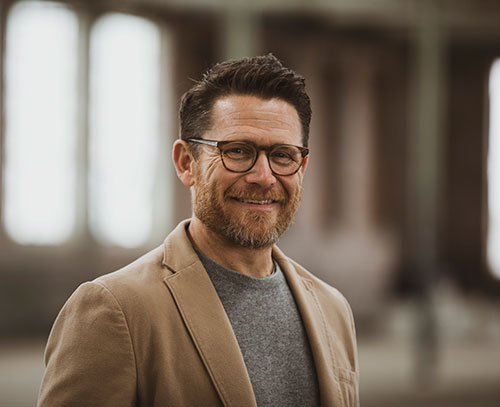 I wanted to be in the Army and draw comics. Preferably at the same time.

I came home one day from school and told my mom that someone called me weird because I was always drawing stuff. She told me, "You're not weird, you're creative ... and they're just jealous, because they're boring." And just like that, I was creative.

I did not grow up in creative environment, at least not in the popular sense; folks at the supper table weren't sitting around talking about Takashi Murakami or Jeff Koons. Growing up in farm towns, creativity was a way we solved problems that couldn't be figured out with off-the-shelf solutions. So, to me, my grandad was the most creative person I knew. He was this badass, salty World War II veteran who could fix anything, with whatever he could get his hands on. It wasn't always pretty or polished, but if it was broke, he could fix it. He taught me that with a little creativity (and sweat), anything is possible. He was also a damned good storyteller, if you could get him talking.

After high school, I was not ready for college, so instead I chose the Army to further my education. I'd always wanted to jump out of planes and see the world, so I did ... my First Sergeant also discovered I could draw, so I spent a lot of time designing T-shirts with skulls and Airborne wings (which also kept me out of extra duty). Then one day, my First Sergeant called me into his office. It was coming up on time to re-enlist, so I thought this was the sales pitch to sign up for more years, but instead he encouraged me to get out. "Williamson, you're a good soldier, but you're wasting your talent with us jackasses ... you're a good artist, so take your GI Bill and go 'do art' or something." So I decided to go "do art."

Favorite musician now: I just press shuffle and see what the playlist brings.

Takashi Murakami. He has a fun, dark/bright different way of seeing things, which I really appreciate. Most importantly, his work just makes me smile.

Oh man, this list is long ... but the one that made me love movies was Cool Hand Luke.

This sounds like a cop-out, but EP+Co ... the entire place. An agency that had been succeeding financially for decades decided one day that the creative product could just be better. So they called. And five years later, it's working. John Cornette, EP+Co's executive creative director and director of innovation, and I showed up with lots of plans and ideas, but this place really just needed permission to start breaking stuff and playing more. This is the first time in my professional life that I have collaborated with a group of people to do something this cool, and different and weird—aka, creative—and, well, fun.

So many things, but Denny's Mobile Relief Diner is definitely up there. As much as I love the creative execution, the way it came to life is how we work best: DO>SAY.

Hurricanes wreak havoc on people> We text Denny's CMO, John Dillon, at 11 p.m. on a Sunday night with an idea that we should send a Super Food Truck to feed people> John Dillon says, "What are you waiting for?"> Less than two weeks later it was rolling, and feeding people. My grandad would have been proud.

"It's a Tide Ad." They've really got me thinking all TV ads are Tide ads. I also love the "Welcome Home" film Spike Jonze did for Apple. Everything he touches is gold.

Shutting up and listening.

I get in the weeds too easily, still.

I'd be a First Seargent, still jumping out of planes, drawing comics.