His creative inspirations, from Bill Murray to Spike Jonze

Aaron Stoller studied TV and film at the University of Missouri, then spent 10 years learning the craft of directing in MTV on-air promo department. Starting an an intern, he ended up crafting hundreds of spots for the channel.

Repped by Biscuit Filmworks for commercials, his memorable spots include the Dirty Dancing-inspired "Touchdown Celebrations to Come" for the NFL and "The Chase" for Hyundai, both of which aired on the Super Bowl.

Stoller, who is judging Film Technique as a member of the Direction & Cinematography jury for the 2019 Clio Awards, is based in Los Angeles with his wife and four sons. When he's not on set, he can be found golfing or gambling (or on a good day, both).

Muse spent two minutes with Aaron to find out more about his background and his favorite creative works. 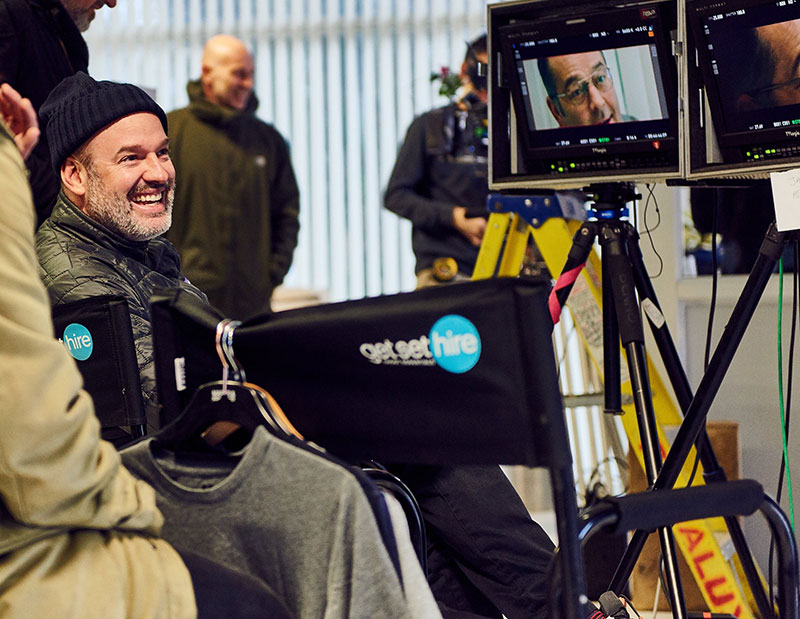 St. Louis, Missouri. It's got an Arch and a couple of world-class sports teams. I recommend visiting, just not in August.

Depended on the day ... it switched regularly between a ski mechanic, car designer, fireworks stand franchisee and veterinarian.

The child psychiatrist told my parents while I was sitting in the room.

I was walking down the hallway in 8th grade with my head down, minding my P's and Q's. Not sure what that even means, but I was minding them. Anyway, I accidentally bumped into the shoulder of a guy named Sam Woods, and he broke my nose ... haven't been able to breathe the same since.

In 7th grade I saw Milli Vanilli at Six Flags Over Mid-America. The choreography and identical twin brotherly rhythms were mind-blowing. It was obviously tough later on when I learned it wasn't actually a concert and they weren't even twin brothers. Favorite bands are Wilco, LCD Soundsystem, Led Zeppelin and the Stones.

i've been in a Stephen Shore, PTA and Geoff McFetridge mood for the past 15 years.

i just re-read Woody Allen's Without Feathers. So good.

There Will Be Blood.

Impossible to pick just one, it's too difficult. I can say that Nate is absolutely my favorite son, though. He's way more special than my other three sons.

If i had to pick a second favorite child, it would be Jack. Jack is super cool and smart and handsome. Third place is Sam. He's cool but stubborn. Fourth place is definitely Miles. He talks too much ... really doesn't ever shut up.

Spike's entire body of work. He does something every year that forces me to question my relevance.

I'd like to quote my 5-year-old son Miles here. "Nobody likes a bragger, Dad." He really has no idea when to shut up.

My phone. I really want to chuck it into a ravine but can't.

I don't want to bore you and say my family, but that's definitely number one. Ted for second ... watching people break up in public, and the movie Dumb and Dumber.

Plucking chickens in Macau in order to pay off a debt.