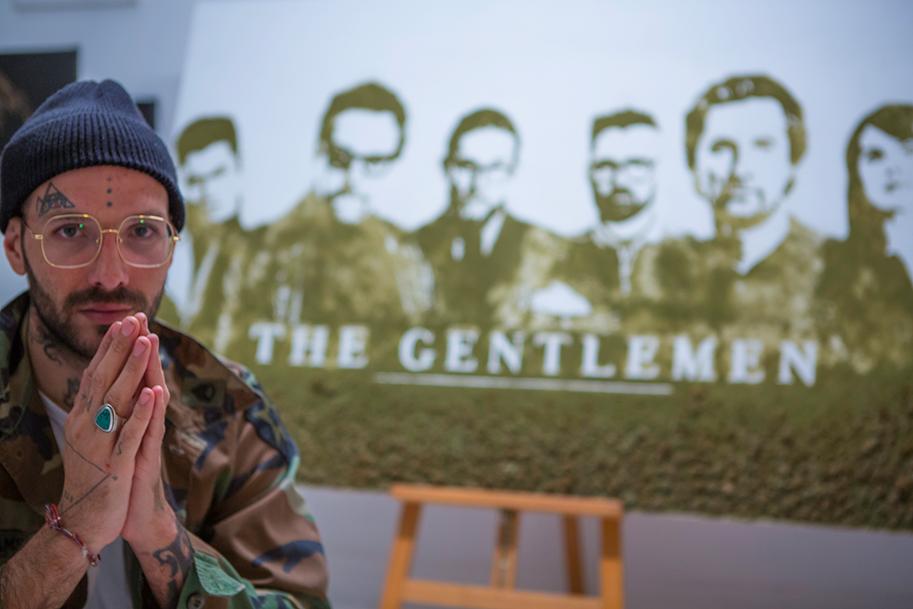 This Movie Poster for The Gentlemen Is Made Entirely of Weed

Zach 'Jesushands' Fernandez rolls his own

This movie poster might just send you sprinting for the lobby for snacks. That's because it's made entirely of weed! So, yeah, you'd have to smoke it first, before getting the munchies, but let's not get too literal, OK?

Multimedia artist Zach "Jesushands" Fernandez—the guy who made the Hollywood sign go all weedy a few years back—says he used different parts of the cannabis plant to achieve the impressive (actually, kind of sober-looking) results.

"This is my first time using the cannabis plant as a medium for my art," Fernandez says on Instagram. "The buds, kief, leaves and stems all played an important role creating the textures needed to bring the portrait to life."

Honored to have been commissioned to create this portrait piece for the new @guyritchie film @thegentlemen It was made using different parts of the cannabis plant which was a bit challenging but am completely satisfied with the results. #TheGentlemen is in theaters this Friday, go see it! #jesushands

Whoa, righteous puff at the end of that clip, dude! And please, no snide tokes—er, jokes—about McConaughey. Aim a bit higher.

Oh ... we can't resist! Uproxx really lit into the Academy Award winner, dubbing him "McContacthigh," while opining that "there's less weed on this poster than Matthew McConaughey has on him right now." Well, alright alright alright!

See the movie's trailer below.