Olive oil has existed for centuries, but it wasn't until the Mediterranean diet gained traction stateside that the want, need and demand for liquid gold became prevalent.

California Olive Ranch launched in 1998, when the state of California had only 900 acres of extra virgin olive oil trees and consumer costs for a single liter were triple digits. Not that you can't find olive oil that expensive in 2022, but prices nowadays are in the $10 to $20 range. With one core product, the company has branched out into additional categories and remained relevant with influencer partnerships and innovations in packaging.

We spoke with Michael Fox, CEO of California Olive Ranch, for our On Brand series about mechanical harvesting, boxed olive oil and growing trees close together. 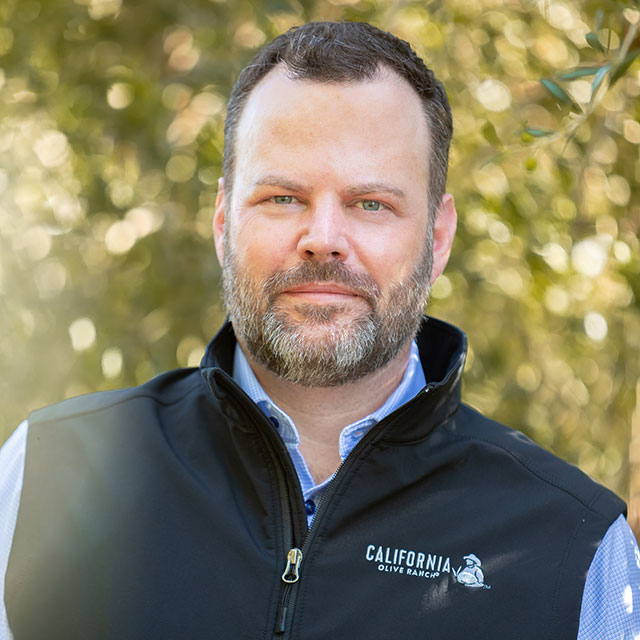 The void California Olive Ranch saw in the olive oil industry during the late '90s was the lack of olive trees in California allocated to extra virgin. With less than 1,000 trees and the rising cost per liter of EVOO, the key to make olive oil accessible and affordable to everyone was playing the long game.

"Our founders were one of the first to really give it scale and to grow trees closer together, almost in hedgerows," says Fox. "We started with 500 acres in 1998. Over time we have added 50 family farmers across the state."

It takes three to four years for trees to mature to a level that they can be harvested. California accounts for almost all domestic olive oil growth.

"We created a domestic industry that could be taken to retail at scale," Fox says. "It's expensive to produce things here in California versus Europe. Because of the way that we run, we are able to, very efficiently, get olives off the tree at their peak ripeness versus how they are grown traditionally in Europe. Trees are grown further apart, they're on hills, and you have to hand-harvest them. And to hand-harvest them effectively, while also trying to get the maximum yield, you want the olives to be as big and ripe as possible so you can extract the most oil. The challenge is, when you do that, you let the olives over-ripen, and in some cases they start to ferment. And that creates a chemistry challenge with extra virgin olive oil, where it falls out of grade to be called that."

Simply put, extra virgin olive oil is made from olives without using chemicals or heat to extract it. The International Olive Council created a global standard for defining extra virgin love oil based on a variety of chemistry, purity and sensory components. California takes it a step further and mandates testing by the California Department of Food and Agriculture and the Olive Oil Commission of California for anyone who sells more than 5,000 gallons of olive oil.

"Extra virgin olive oil, it's really just cold-pressed olive juice," adds Fox. "It's sort of the fatty oil that comes out of the olive. It's a healthy fat and it's rich in polyphenols, which is an antioxidant that's been proven to have all sorts of positive health benefits. It also contains the monounsaturated fat oleic acid, the primary fat in olive oil, that has a ton of health benefits as well."

Product is milled in California between two and 24 hours after harvest. California Olive Ranch's main olive oil products are a line of 100 percent California olive oils, a reserve collection and a global blend, which combines olive oil from California with oils from Argentina, Chile and Portugal. Olives are grown year round, with harvest season beginning in October and finished by Thanksgiving. The oil harvested in California is stored in 175,000-gallon stainless steel tanks that are temperature controlled to maintain freshness.

Fox believes the company's innovations began two decades ago when they started growing trees closer together for easier harvesting and continues today with changes in packaging, sustainability and moving into new categories.

"The way we grew these olives together and harvested them mechanically transformed the industry," Fox says. "Also, if you go back 10, 15 years ago, most of the olive oil sold in the United States was sold in clear plastic bottles. And the enemies of olive oil are heat, light and time. So we introduced our iconic green bottle. And that was transformative because we were focused on quality and other folks weren't. We've since brought along other packaging innovations like our bag in box, which you can get exclusively online. The carton is fully recyclable. We're introducing new packaging later this year that's going to be even more sustainable. We're starting to stretch the brand into different categories. We just launched a line of extra virgin olive oil marinades. And then you'll see us enter several other major categories over the next year."

California Olive Ranch started the bag in box option for its foodservice business, and when it was offered to consumers online, it quickly became the No. 1 seller on the website. Think of a boxed wine package, but replace the vino with olive oil. The box costs $37.99 for two liters of olive oil. The pour spout keeps air out, and the box protects it from light. This packaging maintains the oil's freshness for up to two years, compared to a couple of months when a bottle is opened. Once empty, consumers can contact California Olive Ranch on where to properly recycle the plastic.

The company is also focused on farm sustainability and how better to improve its soils and crops.

"As we know, climate change is growing to be a bigger and bigger problem, and we're doing our part," Fox says. "That means buying covered crops, producing tilling, trying to move away from synthetic fertilizers over time. Olives are a great crop already because they use less water than most crops, especially here in California. Olive trees can be a natural carbon sink, so we're trying to apply regenerative agriculture thinking to our acres to make healthy soils here that will have a positive benefit on the environment."

California Olive Ranch connects with consumers predominantly on social media and its retail website, which is getting a relaunch in the coming weeks to give customers a more in-depth look at the company, its growers and a deeper dive into how extra virgin olive oil is made. The brand also launched a collaboration at the end of March with Tieghan Gerard, foodie and author of Half Baked Harvest. California Olive Ranch will donate 10 percent of sales to World Central Kitchen, and Half Baked Harvest will donate 10 percent of sales to the Dave Thomas Foundation for adoption.

"We are really starting to build our social presence," concludes Fox. "We have the second strongest social presence out there and we're the No. 3 brand manufacturer. New bottle labels are rolling out now. Part of our website relaunch is QR codes on the back of several of our products that if you click it with your camera, go to the website and type in the lot code, you'll be able to understand a lot about your specific bottle of oil, including the source and the harvest year. We give a little insight into some of the chemistry in the oil, particularly fatty acid, oleic acids and the phenol content, so people can learn more about what makes extra virgin olive oil healthy. We tell people a little bit about how we harvest and how we mill, and then give a recipe and educate folks on smoke point, which is an important element for some consumers concerned that extra virgin oil can't be used at high temperatures. It can be. Over time, we're going to add grower profiles about folks here in California who are growing the oil."