Zoe Carey's 5 Favorite Trailers, and the Rise of Female Editors

Plus, her journey with Empire Design from London to New York 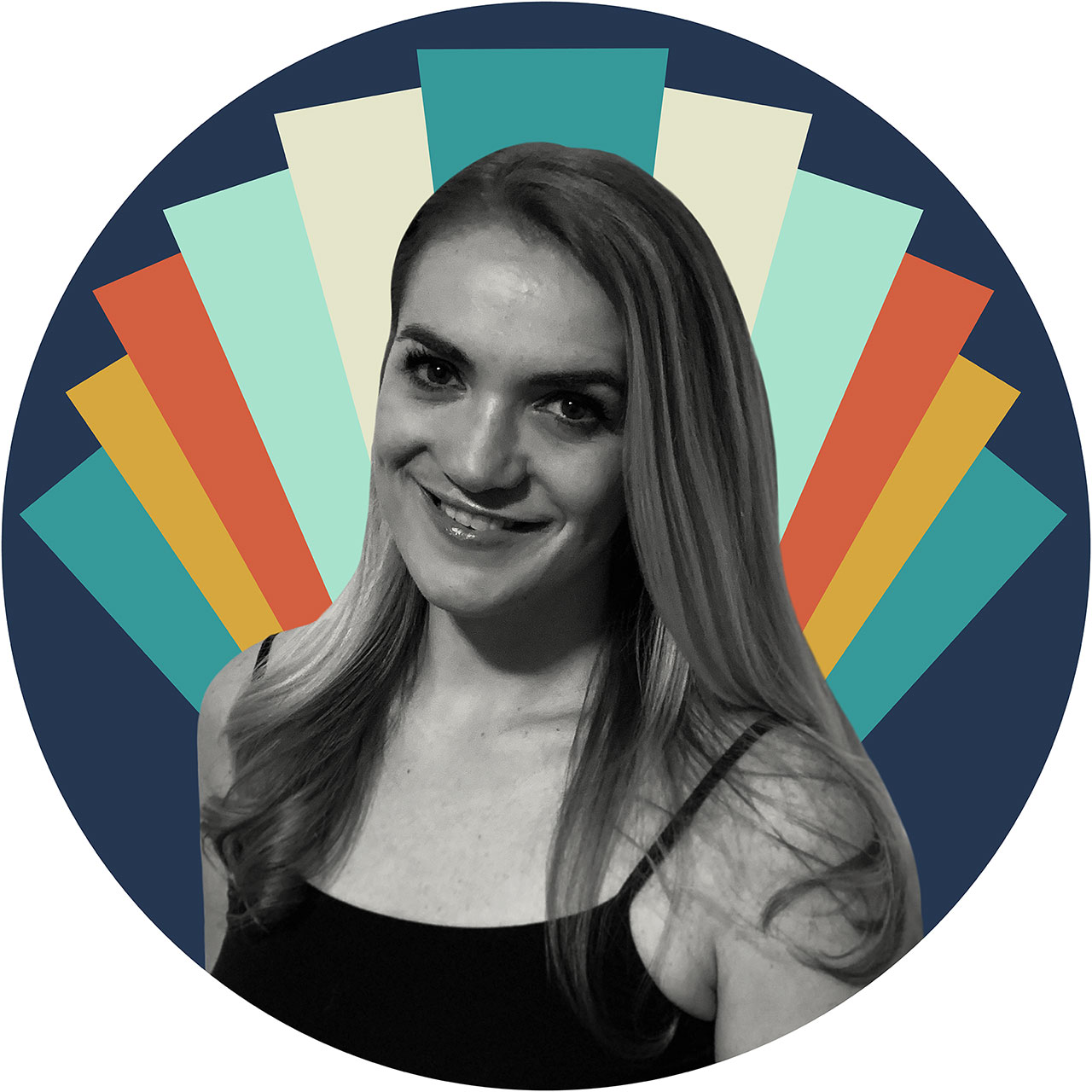 Zoe Carey is a senior editor and creative director of the New York branch of film promotion agency Empire Design. She's been with Empire Design since 2009, starting out as a tape operator in the flagship London office. Under the guidance of top industry editors, Zoe soon moved on to cutting trailers for The Theory of Everything, The Danish Girl, Trance, Unbroken, and Enough Said, among others.

Zoe moved to Empire Design's New York office in 2015, and is now responsible for overseeing all creative output as well as cutting material for industry giants such as Netflix, Amazon, Sony, Fox, Universal Pictures and Studio Canal.

Passionate about high-quality creative, Zoe and the team in New York are proud to have worked on the campaigns for Little Women, American Gods, Beautiful Boy, Outlander, Peter Rabbit and Ghostbusters.

Zoe lives in Brooklyn with her ginger bearded husband from New Zealand, and their baby daughter. We spoke with Zoe for our Backstory series, where we chat with folks in the entertainment industry about their creative inspirations and more.

I was born in Sydney, Australia, but my parents enjoyed moving around, so when I was 1 year old we moved to the U.K., then I spent my formative years growing up in Basel, Switzerland. After some traveling around Asia and Australia, I moved back to the U.K., then in 2015 I made the move to New York, which is where I happily live now.

When I was completing my MA in post-production editing in the U.K., the students of our course were paid a visit by two representatives of Empire Design, a top London/New York based trailer and poster design agency. They gave us and two other universities the opportunity to cut a trailer for the horror film The Descent Part 2 and submit it in a competition which would potentially lead to a job offer. I was fortunate enough through this process to be offered a two-week trial in the London office, which was an incredibly daunting but fascinating experience, and afterwards myself and two of my university friends were offered positions at the agency. It was really a very lucky break, and I have shown my gratitude to Empire by staying with them over 11 years, haha, as that is where I still happily work today!

I think it takes a while to really find your niche and strengths in terms of the film/trailer genre—well, at least it did for me. I tried cutting trailers for romances, comedies, kids films, but it wasn't until I started cutting trailers for dramas that I think I really hit my stride. I was simultaneously cutting trailers for Angelina Jolie's Unbroken (2014) and James Marsh's The Theory of Everything (2014) and just loving creating such emotionally moving and uplifting pieces. We were also getting feedback directly from the filmmakers and the talent, which felt super exciting to be in discussion with the big leagues. I was really happy with the finished product for both of these projects, and both were chosen to be global trailers rather than U.K. trailers, which would mean a wider reach and more views—always a real treat as an editor to know your work will be seen by millions more people than expected. This definitely felt like a breakthrough moment for me, as I suddenly had a newfound confidence going forward in working on similar films such as The Danish Girl (2015), Breathe (2017), and Beautiful Boy (2018). While I obviously still try to better my skillset and try my hand at other genres, I still feel most at home cutting these kind of heavy-hitting dramas with an ultimately uplifting message of triumph against the odds.

Living in Oblivion (1995). This is what made me want to get into the film industry, which is ironic given that the entire film is an illustration of how frustrating filmmaking can be and how everything can go wrong. I think the director Tom DiCillo is a truly unsung hero and people should definitely check out his other work, as it's a real treat. Steve Buscemi and Catherine Keener are also amazing in this movie, and as a 7-year-old when I watched this, I just decided that the film industry was where I wanted to be, so it has a very warm place in my heart for that reason.

Home Alone (1990). I know it's so uncultured of me, but hello! It's the ultimate Christmas movie! I watch this every single Christmas and want to continue to do so all my life as an annual family tradition. It makes you laugh, it makes you cry (when Old Man Marley reunites with his estranged son at the end and he's hugging his granddaughter!! Hand me the tissues, please! It's just got everything, haha.

The Shape of Water (2017). OK, I had to throw in a more recent one. I wouldn't necessarily say I couldn't live without this film, but I have to say I watched this multiple times and on each watch I was more and more struck with what a perfect film it is. Apart from the brief moment of cat cannibalism, for which I have to close my eyes, it's just SUCH a stunning film. The cinematography, the performances, just everything was so so beautifully done. It's about as close to perfection as I've seen in a very long time.

Hmmm … this is a tough one. As a teenager I used to have a wall full of quotes that I liked, and there was one that I always loved. It has since become a little bit tainted by the Kevin Spacey scandal, but if you try to focus instead on Alan Ball's amazing writing, it's pretty great:

"It's hard to stay mad when there's so much beauty in the world. Sometimes I feel like I'm seeing it all at once, and it's too much, my heart fills up like a balloon that's about to burst ... And then I remember to relax, and stop trying to hold on to it, and then it flows through me like rain and I can't feel anything but gratitude for every single moment of my stupid little life ... You have no idea what I'm talking about, I'm sure. But don't worry ... you will someday." —American Beauty (1999)

Favorite trailers?? Oh no, I have too many! Favorite drama trailers that I have just watched over and over are for Life of Pi (2012)—the cut with Coldplay's "Paradise" track on it—and 127 Hours (2010) with Band of Horses' "The Funeral" on it. Both are just so beautiful, so moving, so epic … ugh, I just love these!

Then I have to give a shout-out for the trailers for Get Out (2017) and Hereditary (2018), which I was just in awe of because I would love to be able to cut horror trailers as skillfully as these. They're so creepy and impactful and stressful!

Ooh and just one more—the teaser for Bombshell (2019). That played out scene in the elevator! Ugh so simple and so effective. Love it.

Classic would have to be Friends. It's just so easy to dip in and out of and is always there if you need a little bit of light reprieve.

Recent has to be The Vow. My husband and I binged this in one weekend. Wow, what a story! But that is a miniseries, so if we're talking a longer-running show, I'd say The Crown. It may take some artistic license with historical accuracy, but in general it's so classily done and so fascinating, and extremely well acted. My husband is quite the anti-royalist, though, so I have to listen to him moaning and groaning while I watch it, haha.

I was quite proud of my work on the Horse Girl (2020) trailer for Netflix, as it was quite a difficult watch—dealing with mental illness. Sometimes it's really hard when you have to repeatedly watch any film that really packs an emotional punch or is disturbing in any way. This was a really interesting film with an absolutely brilliant star turn by Alison Brie, and it was an absolute pleasure working with Netflix to create a stirring yet sensitive portrayal of society questioning a person's sanity.

Cinema First, the industry body that promotes U.K. cinema going, launched a national campaign hailing the return of the big-screen experience, following a rise in streaming-service subscriptions during the pandemic. My colleague in the London office, Will Westaway, cut this beautiful piece incorporating footage from over 50 films to a remix of "This Little Light of Mine," conveying the overarching sentiment "At last, the light can shine again." While unfortunately this year's unprecedented pandemic has caused a lot of disruption and delays to the filmmaking and distribution industry, this trailer gives hope that there is light at the end of the tunnel, and if we're lucky, one of those lights will be dispensed from a film projector in a cinema full of happy people.

Cinema Is Back | Official Trailer for #LoveCinema

More female editors! When I started at Empire, there were only three female editors in our office, and now we have 10 and counting. I used to hide behind my boss a great deal in client meetings, believing they'd never take a woman in her twenties seriously, or maybe a woman at all, regardless of age. But these days I feel much more acceptance and respect, as I think women are stepping into the limelight a lot more, and showing that we have a place in this industry just as much as men do. Things still aren't perfect, though, as I saw at the Golden Trailer Awards show in 2019 when there were absolutely no women editors who got on stage to accept awards, and it made me very sad. But then at the Clio Entertainment Awards, a female editor accepted the Grand for her teaser for Joker (2019), which was such an amazing trailer, and it made me so happy and proud that a woman had cut it! Hopefully things will continue to evolve and slowly the film industry will begin to feel more of an equal playing field for both sexes.

My mum and I always talked about setting up a business of house flipping—buying dilapidated houses and fixing them up and selling for a profit. I think that would be fun but I probably lack the DIY skills needed, and my mum has very expensive taste, so I'm not sure how profitable we'd be! Failing that, if I could make money fostering cats, I'd do that—if my husband wouldn't divorce me for becoming an even crazier cat lady than I already am. :)