Plus, what he learned at Diageo about connecting through content 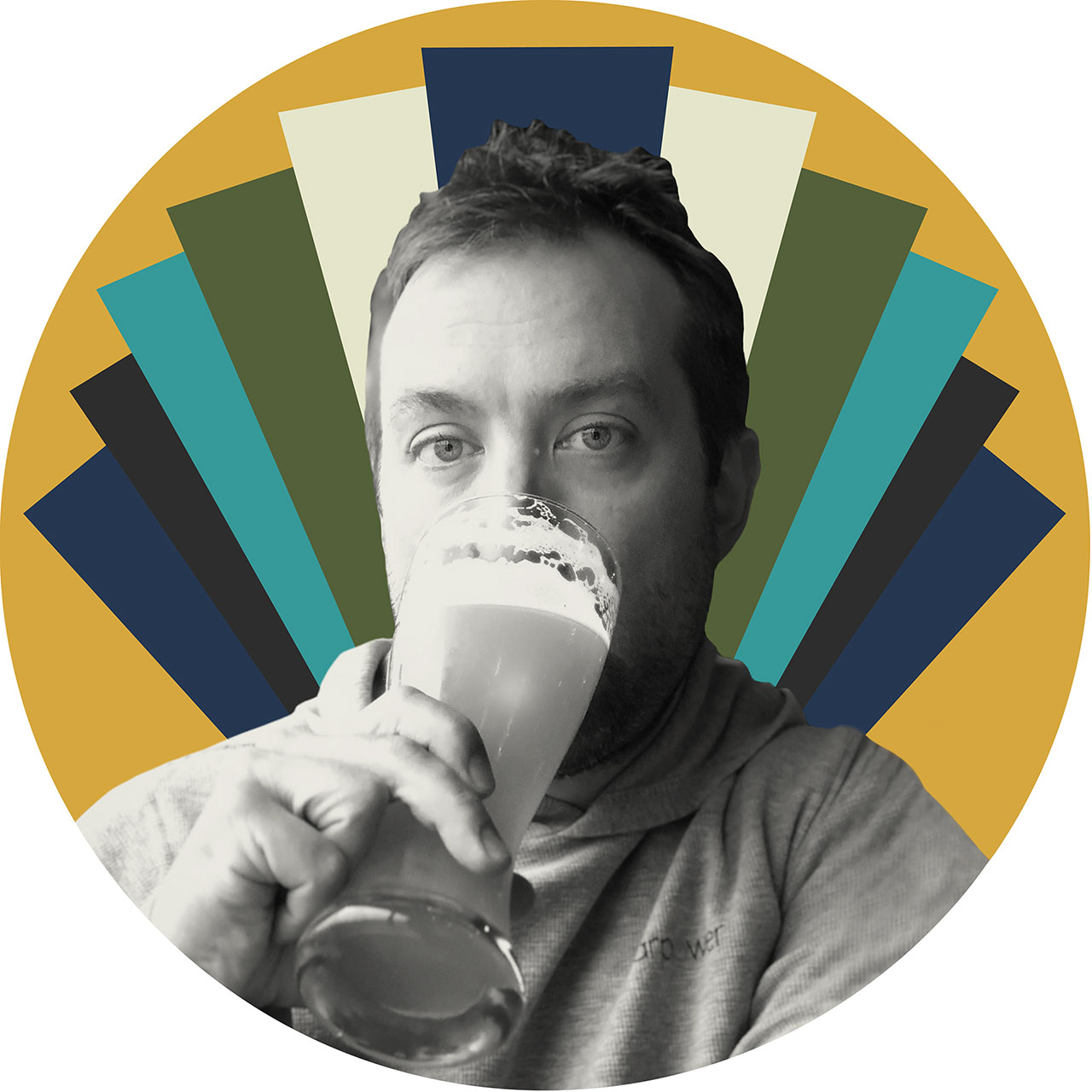 Joining the company in 2018, Sanborn spearheaded the launch of Wheelhouse Labs to mobilize its mission of servicing brands that, at a time of disruption in media and the traditional advertising model, are looking to work directly with established IP, talent, influencers and content creators. Wheelhouse Labs works with an array of brands, offering creative services, partnership marketing, and brand integration support across the Wheelhouse Group.

Prior to joining Wheelhouse Entertainment, Sanborn served as svp of culture and partnerships at Diageo, which encompasses such iconic global brands as Johnnie Walker, Smirnoff, Tanqueray, Ciroc and Guinness. Over a 16-year tenure with Diageo, Sanborn developed and shepherded creative initiatives across its portfolio of clients, uniting key entertainment endeavors and strategic partnerships to represent and reflect life's "celebratory moments" through the brands' unique marketing.

We spoke with Dan for our Backstory series, where we chat with folks in the entertainment industry about their creative inspirations and more.

I was originally born in a hospital, but became an eventual—and seemingly perpetual—resident of New Jersey. Which despite its unfair reputation is a really fantastic state, full of so many rich characters, great food and Joe Pesci. And as icing on the cake, Martha Stewart is from my hometown of Nutley.

It's a bit of a convoluted story, as my career actually began in politics and public affairs, including a stint as a press secretary on former congressman Jim Maloney's congressional campaign. Some might consider politics in the realm of entertainment marketing, but it changed my life. I experienced the heartbreaking defeat of a leader I admired and that defeat was especially profound to help me realize the power of communications, partnerships and coalitions to build belief in a person or ideas. That really laid a foundation for what I would go on to do in my career.

My first real job in the space was working for Diageo, maker of Ciroc, Johnnie Walker and Crown Royal, among other spirit brands. I had the opportunity to create what was called the Culture and Partnerships team in the early(ish) 2000s. At the time, much like today, the media and content landscape was going through an insane period of change and fragmentation. The advent of the iPhone, blogs, YouTube, DVR—that's "digital video recorder" for the kids out there—brought near-constant multi-screen and multi-platform competition, and as a result, reaching consumers was becoming ever more challenging. This was even more difficult for alcohol and spirits, which already couldn't do things most CPG brands could do. It was in response to this changing landscape that we formed the Culture and Partnerships team. Our mission was to really focus on influencer and entertainment marketing and how we could create new forms of content, partnerships and new ways of marketing that were actually entertaining.

I have been so fortunate in my life to have such amazing mentors from teachers and coaches to, eventually, bosses. It is genuinely hard for me to point to one singular breakthrough, as it was a string of great people who believed in me and took a chance on me, opening doors and giving me opportunities to thrive.

If I had to point to a singular event, it would likely be when Diageo gave me the chance to present a business case to build a Culture and Entertainment practice in the business as a relatively junior person. That moment set me off on a wild ride that has brought me to Wheelhouse today. I'm proud that I get to put all of that experience to good use and lead a team of wildly creative entertainment marketing mad scientists at Wheelhouse Labs.

This is an impossible question to answer, but if I was forced:

Windy City Heat. Still can't believe it and you need to see it to understand.

The Lord of the Rings. So well adapted and I remember being on the edge of my seat in the theaters with nervous energy.

The Godfather: Part II. It's cliché at this point, but honestly, the why is obvious. It's a masterpiece.

Goonies. That movie works for kids and adults, because it captures that imagination, sense of adventure and fearlessness you have as a kid, and for parents it certainly conjures up those memories. I love the name, the poster and even the trailer. I smell a remake. 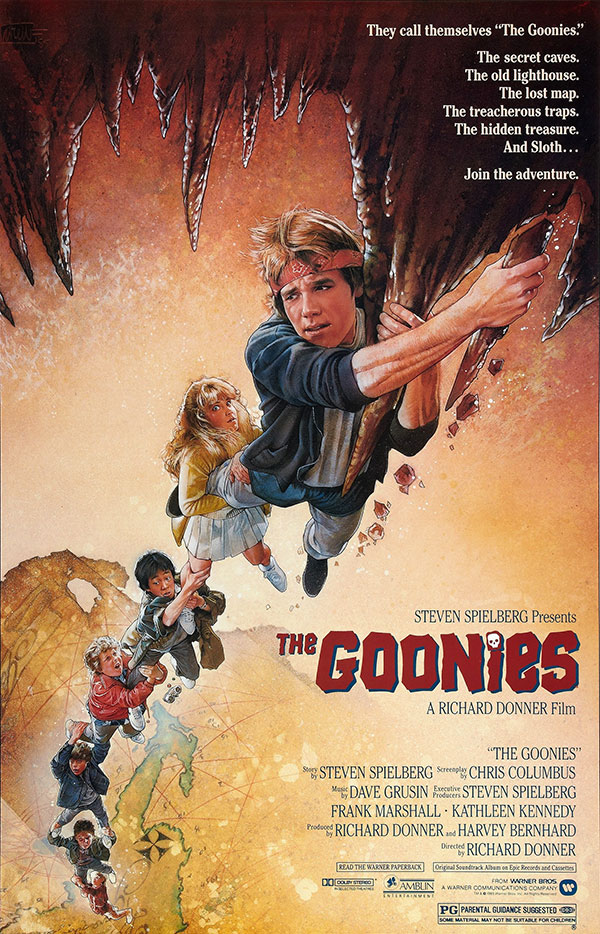 In terms of classic—and this will date me—it's a toss-up between The Wonder Years and Quantum Leap. In terms of recent, Cobra Kai really got me.

We have had some really great projects across the last year, but given the state of 2020, we had a great opportunity to help support a great campaign with Crown Royal to help save struggling venues, bars and clubs. We partnered with the Main Street Alliance to kickstart the relief effort. Crown Royal teamed up with renowned artists Ari Lennox, Anthony Ramos and music powerhouses Dreamville/Interscope and Republic Records to recreate the famed Sly and the Family Stone song, "If You Want Me to Stay."

Crown Royal | If You Want Me To Stay (Ft. Ari Lennox & Anthony Ramos)

For every stream of the track, Crown Royal donated funds to Main Street Alliance, helping venues across America. We were able to also help extend the program by partnering with Jimmy Kimmel Live! and supporting musical performances in the show from stages and venues across the country. It was a great collaboration with a lot of different agencies and partners to help raise some funds and I was proud to contribute in some small way.

Have to tip my cap to Ryan Reynolds and our friends at Maximum Effort. I found the Match.com ad and some of the Aviation work hilarious and memorable. Lot of respect for those kids.

I think the notion of "at-home entertainment" has taken on new meaning in the last 12 months, and with it the way people would define entertainment has also broadened. From live-streaming musical performances, cooking classes, workouts and connected fitness, Clubhouse and Zoom, places, spaces and new ways to engage audiences have been massively accelerated due to the pandemic. As a result, perceived barriers from frictionless content to commerce have been obliterated. That's exciting because with it comes a demand for greater creativity and innovation in how to connect with people.

At the 2020 CES, mere months before lockdown, the talk was about the importance of live experiences. (We were so young then!) Live experiences will indeed be back, but the world of content and commerce has changed radically in the last year, and marketers have risen to the challenge. And some have done it really, really well.

I had a minor in secondary education and have always had an underlying passion for teaching. My retirement plan has always been that some day I will go be an adjunct professor and hopefully pay forward the many great lessons I've been given from the many coaches, teachers and bosses who have touched my life throughout the years. I'd love to emulate one of my great mentors, and now dear friend, Guy Smith in any way I can.