Building a film and TV career beyond L.A. 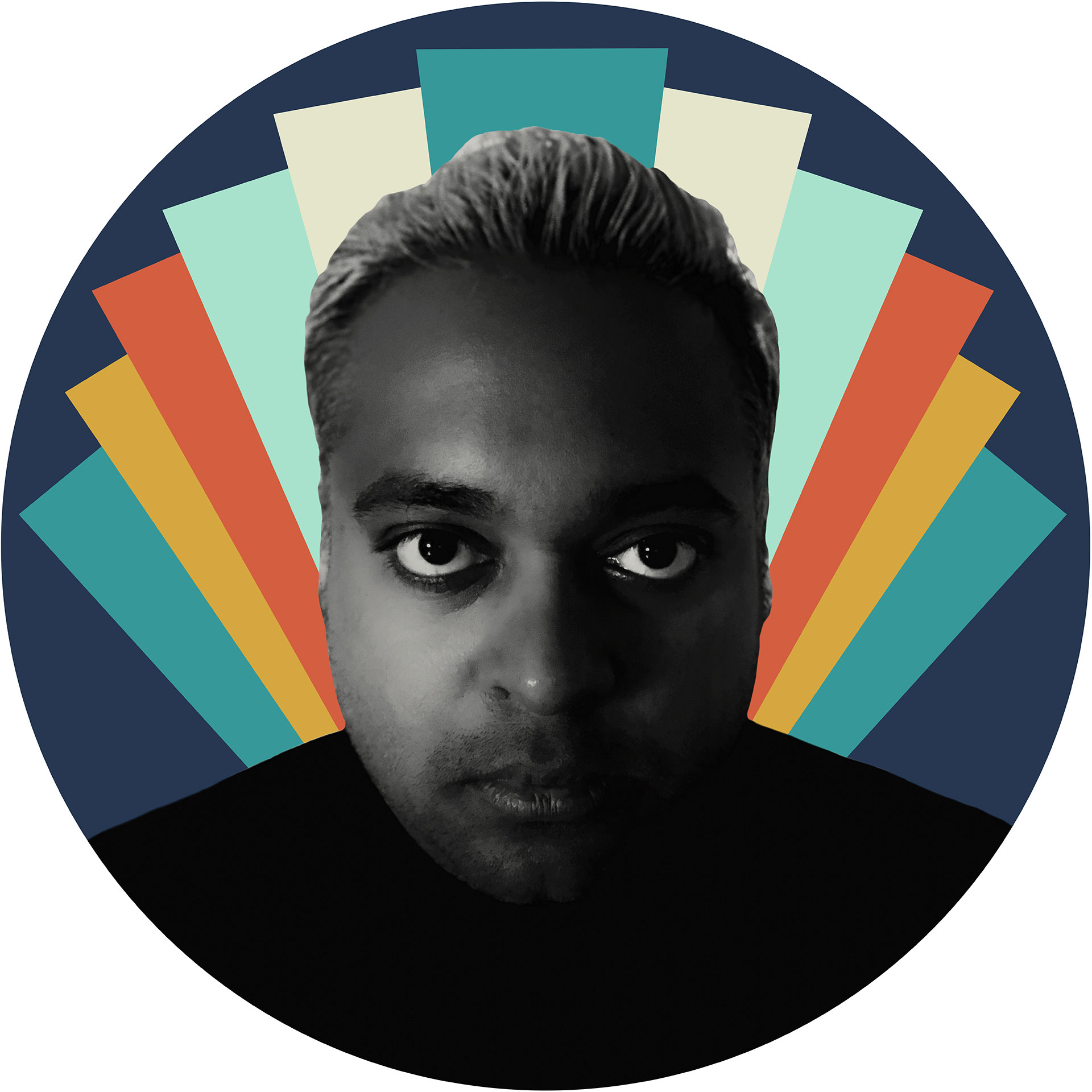 Tharanga Ramanayake is an editor based in Toronto. He's worked on campaigns for The Lord of the Rings, Drive, The Fighter, Super Duper Alice Cooper, Hip-Hop Evolution, This Is Pop and many more.

His chops have earned him a Canadian Academy Award/Gemini Award for Best Documentary Editing, over a dozen Promax Awards, six Golden Trailer nominations, and believe it or not, even a Guinness World Record—World's Shortest TV Commercial for MuchMusic.

We spoke with Tharanga for our Backstory series, where we chat with folks in the entertainment industry about their creative inspirations and more.

I was born in Sri Lanka. I have residency in the U.S., but at the moment I'm in Toronto.

You could say that I've had two careers in this industry. At 2, I was a child actor in a popular Sri Lankan film called Aradana (Invitation). It was produced by my father Vijaya Ramanayake, who was a prominent film and music producer in Sri Lanka. The film lasted over 90 days in theaters and gets reruns on TV to this day. I was later cast in a film called Maya (not one of my dad's) that went on to win Best Picture at the Sarasaviya Awards, which is the Sri Lankan equivalent of the Oscars.

A lot happened in the coming years. A civil war erupted in Sri Lanka; there were bombs, curfews, riots, school closures, business closures and thousands of innocent lives lost. You couldn't feel safe there. If you think life during Covid is tough, imagine living through a civil war. My parents and I moved to Canada with next to nothing and started all over.

As I grew older I became more interested with what happens behind the camera. Thus began my "second" media career as a technical video assist for the Canadian 24-hour music channel MuchMusic (basically like MTV in America, but better). On Friday nights they had a live dance show called Electric Circus. My job would involve wiring cameras, assisting the camera ops and ensuring none of the dancers tripped on the cables. It wasn't even a regular gig, I was an intern and I would stay late in case they needed extra help. Even after my internship ended, I would just show up on Friday nights to see if they needed me—99 percent of the time they did! I would also play around in the edit bays after hours learning my in and outs, taking music videos and cutting mashups and experimenting with creating MuchMusic station IDs. Some of them were even selected to go to air. I felt very lucky being there!

As I hung around MuchMusic, a job was posted within the company—they were looking for an editor for FashionTelevision (VH-1/E! In the U.S. and syndicated in 120 countries around the world). I sent in my reel and got the gig. I was only 19 when all this was going down. I quit school, took the job and never looked back.

Other "breakthrough" moments include working in news as a producer, as a promo producer/editor, a reality TV editor, a documentary director, a trailer editor, and now, a business owner. One thing leads to the next and you have to keep adapting and taking chances.

Terminator 2. I love this film because I have two perspectives on it. I first saw T2 when I was kid, and I've probably rewatched it a million times. I remember enjoying this film as an average audience member and being mystified by the visual effects and the story. However, now I also have the perspective of watching this as an industry professional, where I can explain some of the VFX and break down how the story is being told. It's nice to remember why certain things excited me originally, and then think about the fact that many of those same things excite me today because I understand how it was done.

Run Lola Run. Wouldn't we all like another chance to redo something? The editing, the story and the music, I couldn't stop listening to the soundtrack after watching the film. Fun fact: Tykwer composed the soundtrack first. He would play it back for the actors while the cameras were rolling to get them in the mood.

Unbreakable. This is flawless filmmaking for me. I also love the cinematography as it very much represents a comic book and the soundtrack is one of the best. The sound design is one of my favorite things about this film; there are some moments where you can feel the pain of the characters just by the sound design—for example, when Elijah falls down the stairs. Also interesting, and I hope I don't offend anyone who worked on this, Quentin Tarantino feels he would have approached the marketing differently.

"The things you own end up owning you." —Fight Club

As somewhat of a minimalist, I love this quote.

I have so many favorite trailers … the first that comes to mind: The Social Network. I love that this trailer started the trend of using cover songs. We've seen that trick repeated a too many times now, but I love that this was the one that started it all. So I'm selecting this one for industry impact.

I'm going to toss in a poster I think is amazing. I really love the creative concept, and also the tagline really stands out. 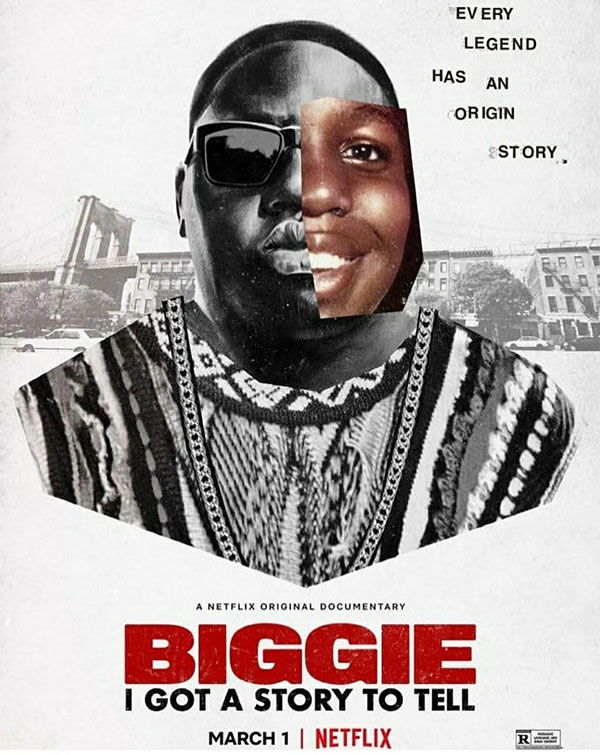 I love Seinfeld, and does Breaking Bad count as a classic now? For a recent show, I love Better Call Saul. I'm also a sucker for good reality shows like Big Brother.

THIS IS POP is a documentary series that explores 70 years of pop music. This series premiered first on CTV in Canada and is now on Netflix worldwide. All eight episodes have very different stories and were envisioned by different directors; therefore, every installment has a unique look and feel.

Who doesn't love the Cherry Trailer? Love the pacing, the sound design, the cool cutting and the innovative use of the stills.

In the Heights. I have watched a ton of great material from this campaign, but the "Washington Heights" version stands out! I'm not even a fan of musicals and I'm blown away by this trailer. I love how everything is expertly timed with the music, from the knock in the beginning to how this line of singing is perfectly integrated into the trailer to sound like it was part of the bigger song. Chef's kiss!

The pandemic gave us an opportunity to prove we can work from anywhere. I'm hoping this will lead to more agencies tapping into editors outside L.A., like me.

If I wasn't in marketing, I would have more time to focus on my documentary projects, which I work on when I have time. If it wasn't film related, maybe I'd be a photographer, which I do as a side hustle. As something not related to the arts, I would pick a job where I could be more mobile, maybe a realtor or a bike courier.