Sean Owolo of ArtClass on Judas, Yoda, and TV Networks in the World of Streaming

Plus, his recent election work for Viacom 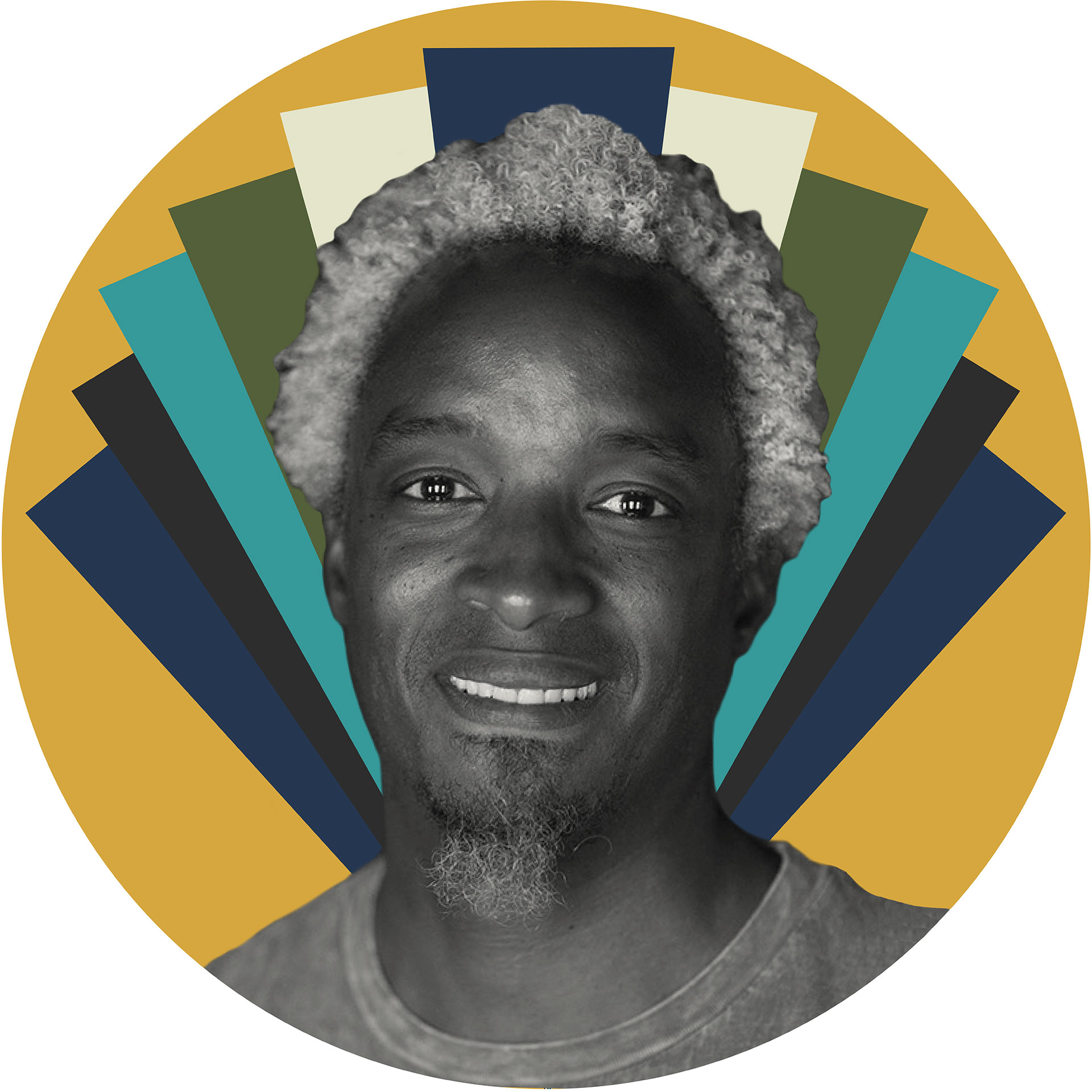 With more than 20 years of experience in the music, television, and film industries, Owolo joined ArtClass in February 2021, where he helps the company's TV network and streaming clients with their many marketing needs, from launch campaigns to branded partnership projects.

Owolo was most recently an executive producer at creative studio Roger, where he oversaw projects for Disney+, Viacom, and Britbox. Before that, he was a partner and executive producer at Big Machine, an Emmy-winning VFX production company working with such clients as National Geographic, AMC, Sony Studios, and Netflix.

We spoke with Sean for our Backstory series, where we chat with folks in the entertainment industry about their creative inspirations and more.

I was born in Princeton, New Jersey, and am currently residing in West Hills, California. I believe the person you are is a make-up of everything in your life. For me, being born on the East Coast, against the backdrop of NYC and Wall Street, meant I had the hustle mentality in my veins. I very much grew up with this frame of perspective—and making my way to Wall Street was definitely an idea I carried even as I went to Howard University and graduated with a degree in marketing.

My first job in the industry was as the director of business development for 3 Ring Circus, a broadcast design company in Hollywood. However, I took a bit of an unusual path to get here.

It all started with a classmate named Sean "Diddy" Combs, who opened my eyes to the music industry while we were both attending Howard University. I was a regular college student who wanted to go to Wall Street and make money. However, Sean would leave campus during the week to do an internship in NYC, and eventually left school altogether to pursue a career in music. He came back as the A&R director of Uptown Records, and I realized I could bring my affinity for business and marketing to the music industry.

I left for NYC, landing my first record label job at Ear Candy Records and learning under the iconic Nile Rogers. This was followed by senior-level positions at Priority Records, where we handled Jay-Z's first record deal; Penalty Records, which was distributed by Warner Bros. Music, where I helped to break a hip-hop act called Capone-N-Noreaga; and HOLA Recordings, led by Jellybean Benitez, who is credited for discovering Madonna.

After that, my family and I decided it was time to make a move to the Bay Area, where my wife's family is from and based. I took a position at a startup called etour.com, handling operations, marketing and media buys. When the dot-com bubble burst, I came to Los Angeles, where I worked for Unsung Entertainment and worked with such talent as Brandy, Usher and Jaime Foxx.

After that, I saw the writing on the wall as Napster brought total disruption to the music industry, and at that point came upon a job opportunity at 3 Ring Circus as director of business development. While I had never worked in the broadcast or design industry before, I was always a huge design nerd outside of music—and I had deep experience in marketing and closing deals. We decided to take a chance on each other, and I ended up in that role for nearly three years.

There have been a lot of high points, but the one that really stands out was getting deeply involved with the entertainment marketing organization Promax. As someone new to the industry in my role at 3 Ring Circus, I was learning on the job—and in attending my first Promax Conference, I realized all the people and facets of the industry had converged on the same room. There were executives of all levels on the client side, and others who were doing the same role in business development as I was. We could all come together and share knowledge, and I found the sessions and panels incredibly valuable for learning about what clients are dealing with internally, and their processes for considering new partners, budgets and project needs. Being a part of the Promax community accelerated my development into a well-rounded executive and my understanding of the synergy between clients and creative agencies better.

To Kill a Mockingbird. Gregory Peck's character Atticus and his view on race and the human condition are still as relevant today as they were then.

Black Panther. It was brilliantly done and signaled to the world that people of color can tell stories in genres usually shut off to us and the audiences will come.

Kill Bill Vol. 1. This is my favorite Tarantino movie. I probably watch it four or five times a year. You've got the badass heroine in Uma Thurman, and the homages to the '70s action era, the Shaw Brothers martial arts films, and an anime fight sequence done by Production I.G., one of the best anime studios in the world.

My pick is from a very recent release during the pandemic. By far, I've loved the mood and execution of the first trailer for Judas and the Black Messiah. The trailer score conveys a building tension as we're introduced to one of the iconic freedom fighters in Black history.

Judas and the Black Messiah | Trailer

Classic TV: Good Times. Executive producer Norman Lear is amazing when you look at all his shows, from The Jeffersons to All in the Family. Good Times, however, tackled issues of poverty and race with great storytelling, and at the heart of it showed this family that stayed strong together as a Black family living in the ghetto. It was a really strong, positive image for me growing up as a child. It dealt with difficult, mature subjects that are very much a part of reality, but it did so in a way that I was able to consume and understand at a young age.

A recent show for me is The Mandalorian. From a technical standpoint, it's incredible what they've been able to do with virtual production. Especially the flexibility and versatility it offers to filmmakers and studios during lockdown and in a post-pandemic world. Jon Favreau was able to reimagine this iconic franchise in a new way. And, well, Baby Yoda … nuff said.

Last fall, I was fortunate enough to work on a campaign for Viacom called "The Vote For Your Life." It encouraged young people to vote and ran online and during the MTV Video Music Awards and BET Awards. I truly believe this campaign had a huge impact for where we are today.

Vote For Your Life | Time to Make a Difference | MTV

I loved the Nike "You Can't Stop Us" spot. What an editing marvel! In the middle of a pandemic, I was feeling lost like everyone else, and this piece just hit me on an emotional level. It resonated in all the right ways. I was teary-eyed and smiling at the same time.

I'm excited to see how traditional networks, in the wake of success from the streaming outlets, are changing up their business models to be more in line with how people are consuming content right now. As streamers have grown, it's become apparent that we all need to figure out the bigger questions. Networks have traditionally run on a system of ad dollars based on viewership and Nielsen ratings, which face their own set of challenges in a modern era. Relying on these metrics is having an adverse effect on network revenue stream, which filters down to marketing dollars.

The pandemic has forced us to question everything, even on an existential level. As we're learning to survive and adapt, we're also learning to do our jobs in a way that allows for more efficiency and dollars being allotted to areas where they weren't before.

Shaping surfboards and owning a small surf shop somewhere in Malibu! Surfing is my meditation outside of work. Everyone who knows me knows I'm a surfer. It's dangerous but it's also relaxing. One moment, you're surfing this powerful wave that can take you under, but there's also a meditative quality in waiting for the next wave and seeing a school of dolphins swimming next to you. The beauty and ferociousness of nature all wrapped up into one 90-minute session has always appealed to me. My dream is to live a bohemian surf existence.