Plus, her hope for more diversity in the industry 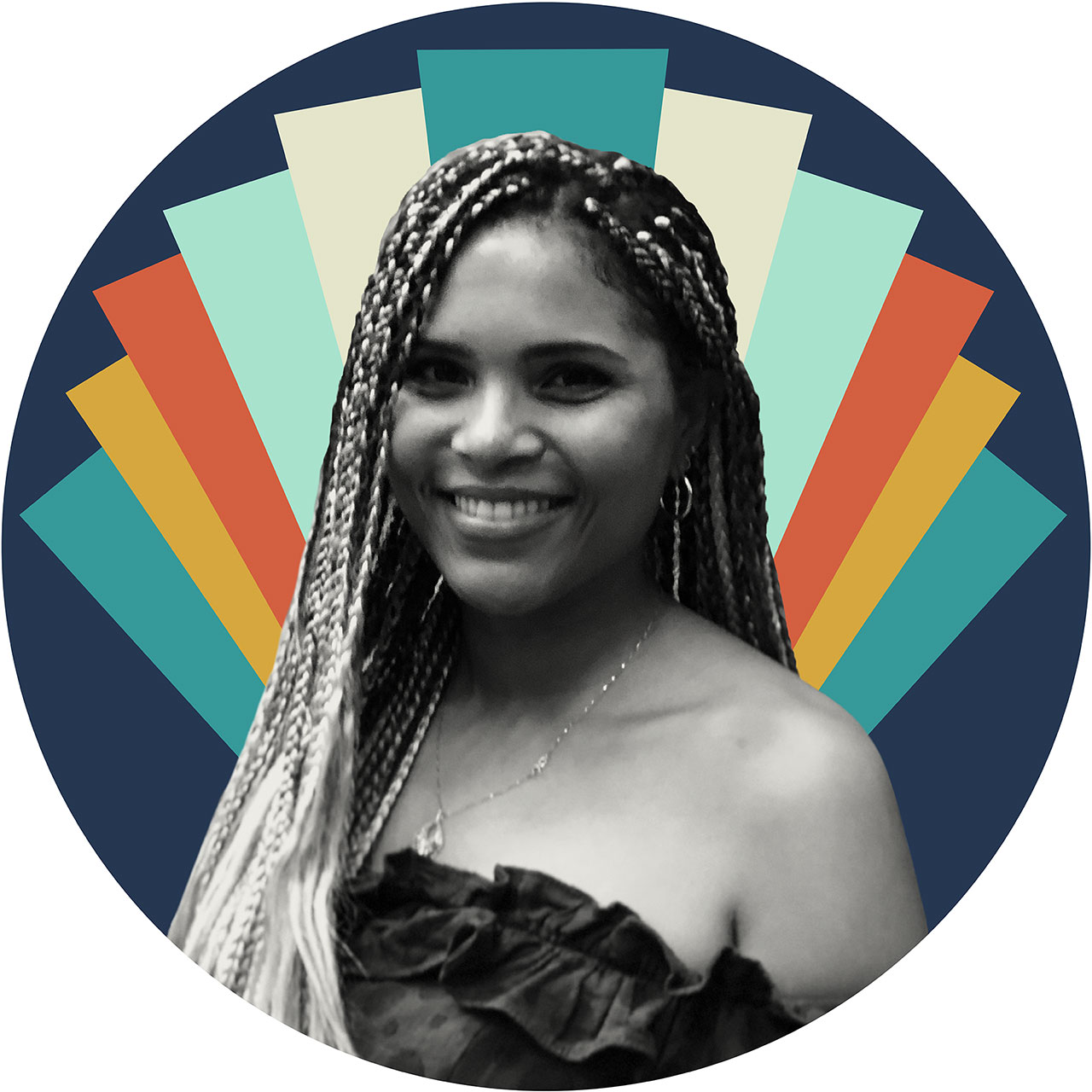 Casmir Jordan is an editor at Rogue Planet Inc. She has worked on campaigns such as 6 Underground, Soul, Midnight Sky and Mortal Kombat. She has a deep appreciation for music and movies and loves that these two mediums can come together beautifully to make movie trailers.

We spoke with Casmir for our Backstory series, where we chat with folks in the entertainment industry about their creative inspirations and more.

I was an intern, then a PA, and eventually an assistant editor at The Refinery Creative. I entered their internship contest twice, and the second time I ended up getting it. I really enjoyed their hiring process in terms of reaching a wider applicant pool. I don't know if I'd be here without it. The Refinery also has such a supportive, fun, family vibe to it. I was really lucky to have that be my introduction into the trailer world.

I had just made the jump from being an assistant editor to starting as a junior editor at Revolve, and I was just kinda fumbling my way through figuring out how to be an editor. Actually getting proper editing assignments instead of cutting on the side or at night was super anxiety inducing because I just wanted to prove myself every day and get it right. One day we got an assignment to start cutting spots for FXX, which essentially have no rules other than to cut something cool. Prior to trailer editing, I had worked as an intern, editing Instagram videos and mini teasers for this company called Eyewax Studios that marketed music festivals. Festival videos have a similar editing style of just cool, in-your-face pieces, so getting this project assignment was the first time I could just cut like myself and actually get it right without thinking too much. Finishing spots for FXX was really confidence building. It made me feel like, "OK, I'm not unqualified for this position. I can just adjust my style, learn the rules, and do this."

Homecoming: A Film by Beyoncé. Not only was this the best performance I had ever seen live, but getting to watch the documentary she made about it was just the cherry on top. It gets me hyped whenever I put it on. Beyoncé is such a role model, and this documentary is a very humanizing look at her work ethic, which is really inspiring to me. The documentary is also framed around a deep appreciation for Black culture and Black creative expression, and I need that kind of unapologetically positive image of Blackness in my life.

The Fifth Element. I watch it every time it's on, no matter how far into the movie it is. Such a classic. I love sci-fi movies, and this one is just so perfect in every way, from the costume design to the set design to the character development.

Spider-Man: Into the Spider-Verse. I mean, this movie speaks for itself. The soundtrack alone sold me. I can watch this movie over and over and it doesn't get old.

I would also like to give a shout-out to Interstellar, because that soundtrack is also perfection.

In response to getting into Harvard Law… "What, like it's hard?" —Elle Woods, Legally Blonde (2001)

I love the whole vibe and energy of her character and what she represents. Despite people openly doubting her and putting her down for being different, she stayed true to herself and handled her business. At the end of the day, she walked into an arena that was not built for her and dominated. An icon.

I'd have to say the Logan red band trailer by Ben Snyder. The song is just so incredibly perfect for this piece, it kills me. That trailer was the first time seeing these characters looking so human—it felt like more than just a comic book movie. The final line by Professor X to Logan about "This is what life looks like, feel it" is what really locked it in for me. It felt like this huge, epic conclusion that you just had to be there to witness. It sold me on a feeling from the song choice to the dialog moments to the red band action.

The Boondocks. It just got added on HBO Max, and it still makes me laugh

The Queen's Gambit. I really loved Anya Taylor-Joy's performance as well as the costumes and set design.

Also, I know I'm late, but I recently started watching Fleabag and it's so good!

I'd definitely have to say the Mortal Kombat trailer. I had no idea that it would get the response that it has, but it's been really cool.

The Crown Season 4 trailer by Gen Ip. Her work is always so beautifully executed, but this piece really stood out for me. I used to watch Charmed when I was younger, so I'm a big fan of the song she used. Also, the way she constructed the storyline felt so big. Every line of dialog she chose felt like an oh-snap moment. For example, when the Queen says (talking about Princess Diana), "If she doesn't bend, what then?" … dramatic montage … and Helena Bonham Carter responds, "She will break." I screamed! I was in. And then Helena's fingers slowly flutter to match the piano pings in the montage right after. All these little details! Needless to say, I binge watched all four seasons that week haha. The power of marketing!

I'm starting to see a lot more dialog happening around the need to diversify our industry and what steps need to be taken to address this issue, and it has me hopeful for what the marketing world might look like in the future.