Plus, the genius of SNL's social media marketing 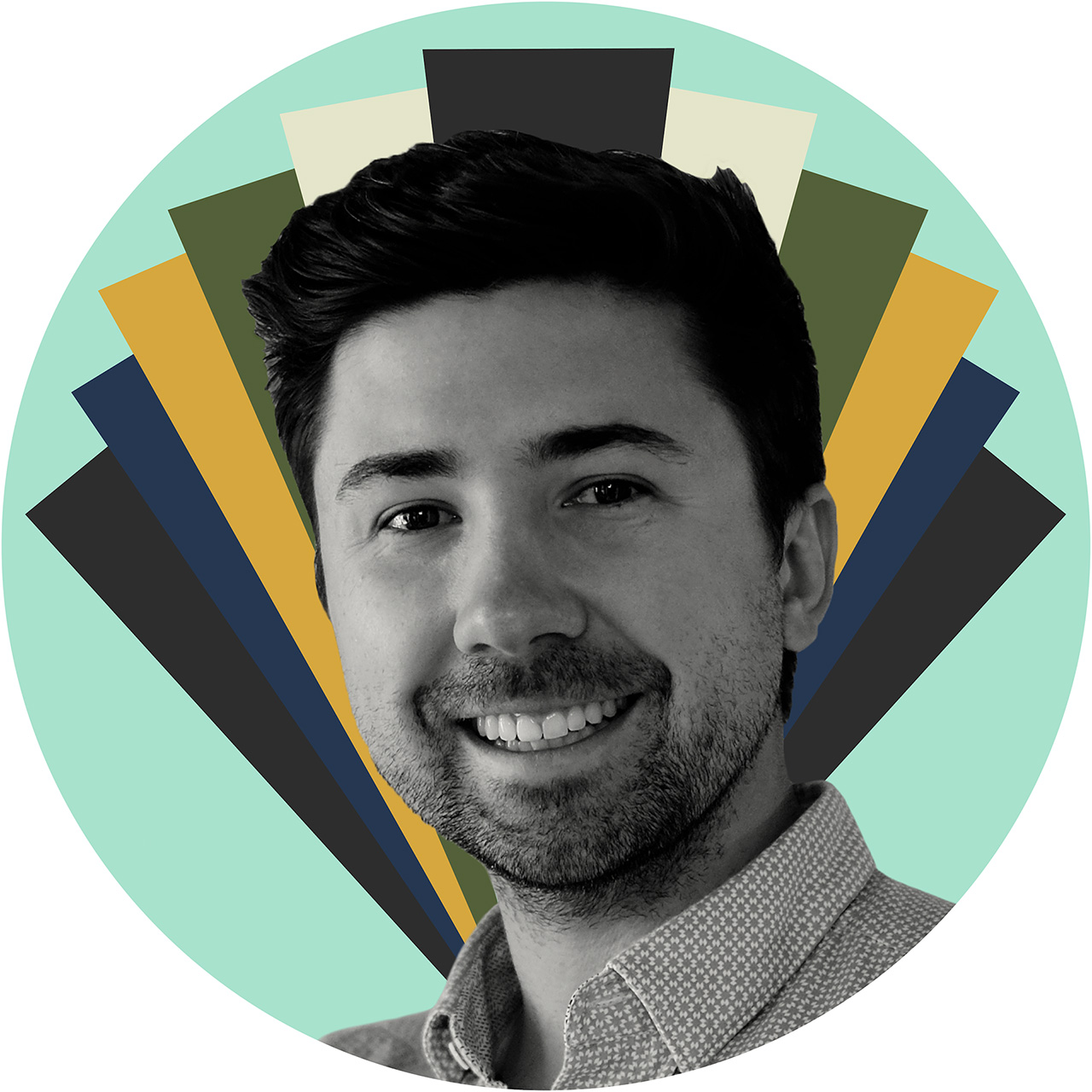 Matt Michalowski is president and founder of PXL, an award-winning creative technology agency based in Los Angeles. Prior to founding PXL in 2012, Matt worked as a user experience designer, and his ability to craft engaging and immersive digital experiences shapes the work that PXL does to this day.

Over the course of his career, Matt has led the development of innovative technology solutions and engaging marketing activations for clients including Disney, Netflix, NBCUniversal, ViacomCBS and Warner Bros. that have together generated hundreds of millions of impressions over the past nine years. In 2019, Matt negotiated the acquisition of PXL by Studio City—a creative production agency based in North Hollywood—and continues to run the agency.

We spoke with Matt for our Backstory series, where we chat with folks in the entertainment industry about their creative inspirations and more.

I was born in New Jersey, but when I was 14 my family moved to Arizona. After graduating from Arizona State University with a degree in finance, I felt like I had two options: move to New York City and start a career on Wall Street, or move to Los Angeles and try to make it in the entertainment business. As an inherently creative person, I dreaded the thought of a career working for a bank, so I decided to go with the latter, and it turned out to be a good decision, as 12 years later, I'm still here. These days I live in a loft in downtown Los Angeles with my wife and son.

I graduated college at the peak of the Great Recession and moved to L.A. without a job, without any connections, and just enough money to drive back to Arizona if I couldn't secure a paycheck within 60 days. Thankfully, through a friend of a friend of a friend, I landed an interview at Crew Creative Advertising for a job as a user experience designer. Despite my lack of experience, I must have impressed them enough to get offered the position.

My first project was designing the user experience for an app for the movie Avatar—quite the memorable first project. I loved my job; the office was so freakin' cool, the people were awesome, and I was excelling as a UX designer. Unfortunately, the economic pressures of the recession were too much for Crew, and the Thursday before Thanksgiving 2009, the owners announced in an all-company meeting that the agency was shutting down. It was a depressing moment to say the least, but like a scene from a Hollywood movie, my boss called me the next day to let me know he was able to secure a few of us jobs at Trailer Park and I was to report to the new office on Monday. Needless to say, those first few months in L.A. felt like years!

After a few years at Trailer Park, I left to work as a freelance UX designer, and over the course of a few months I took on bigger and bigger projects with tech startups until I had a small team working for me. It was then that PXL was born. In 2013, I was able to land PXL a small project with 20th Century Fox, and soon after I won my agency the job to build FoxMovies.com. From that point onward, PXL worked with 20th Century Fox on every single movie campaign until the studio's acquisition by Disney in 2019. Some of the most memorable campaigns I worked on with Fox were Deadpool, Planet of the Apes, Bohemian Rhapsody and The Martian. Thanks to our work with Fox, other studios quickly took notice of PXL, and today the agency works with every major movie studio, many of the streaming platforms and several television networks.

The Empire Strikes Back. The best Star Wars movie, and easily my favorite movie of all time. The Battle of Hoth, the introduction of Yoda, Cloud City, the infamous duel between Darth Vader and Luke Skywalker, all culminating with Luke losing a hand and Han Solo frozen in carbonite—it's epic.

Pulp Fiction. Tarantino has so many films that I love. It's hard to pick a favorite, but Pulp Fiction is probably the one I've seen the most and one that just sucks me in every time. It's a trip.

MacGruber. I worked on this campaign early in my career, and although it bombed at the box office, it is a movie I love to rewatch with my friends and brothers after a night out for guaranteed laughs. It's ridiculously immature and absurd, but the density of jokes is unparalleled. However, what's most impressive is how the writers stretched a parody SNL sketch into a full feature.

"Open the pod bay doors, HAL," from 2001: A Space Odyssey. A reminder to respect our A.I. overlords.

The trailer for The Girl with the Dragon Tattoo was unlike any other I remember. To start, there's not one line of dialog. It's just 98 seconds of fast cuts timed to the drum beat of Karen O's cover of Led Zeppelin's Immigrant Song, like a firehose of visuals that convey the tone of the film, the cast, and what the movie is about without giving any of the plot away. It's awesome.

If there's one classic show that I can put on a random episode and thoroughly enjoy, it's Seinfeld. I was too young to understand the show when it originally aired, but as an adult I love the characters and how the show creates absurdity in the most mundane circumstances. It's Seinfeld, yada yada … what great things can I say about it that haven't already been said?

Succession is hands down my favorite TV show right now. The writing, directing and acting are meritorious. It's extremely funny, incredibly detailed and captivating. Also, the soundtrack is phenomenal. The theme is one of the best compositions I've ever heard.

For the better part of the last two years, PXL has been developing a technology we call VX, which is an immersive virtual experience platform. VX is a web-based, three-dimensional, multiplayer platform where users embody an avatar and communicate via proximity audio, chat and video conferencing. The platform can support events with tens of thousands of simultaneous attendees and has integrated presentation and secure streaming capabilities. In 2021 we have hosted a number of high-profile events on the platform, including several press events for Paramount Pictures and virtual graduation ceremonies for Arizona State University.

Just recently, PXL won a bronze Clio Entertainment Award in the category of Theatrical Innovation for a virtual fan event we produced with ViacomCBS in partnership with Walmart for Paw Patrol: The Movie. The event was hosted in the Paramount Pictures Virtual Showcase—a virtual recreation of the Paramount Lot built on VX—and featured a number of interactive activities along with a 10-minute preview of the movie.

I'm incredibly proud of the PXL team for their genius in building this incredibly complex and innovative technology that is not only a fun and engaging marketing tool, but a solution to the much bigger problem of making experiential events accessible and scalable beyond the limitations of the real world.

Whoever is running the social media for SNL is doing a great job. I feel like I see those Post-it host/musical guest announcements shared everywhere. They also know how to create genuinely funny memes from content from the show.

Above all, the SNL social team embraces the internet. Most of the sketches are posted immediately after they air, they share the cut-for-time sketches, and they're not afraid of cannibalizing viewers. As a result, they get great engagement and SNL consistently stays in the conversation.

I'm excited by how studios are further embracing technology and platforms as ways to reach audiences, develop worlds and build positive sentiment for their releases. With the abundance of entertainment options that are available to audiences—be it streaming, theatrical, television, podcasts, live entertainment or social feeds—it's more important than ever for brands to take risks with how they reach audiences, and not just rely on a poster, trailer, banner ads and commercials during Sunday Night Football.

Thanks to social media, word-of-mouth spreads like wildfire and can make or break a release more than a trailer ever could. I'm seeing more and more that studios are becoming wise to this fact and are more keen on using platforms to amplify positive sentiment, authentically participate in conversations, and create content and experiences that develop superfans. I think a lot of this is due to the emergence of streaming platforms—which upended the traditional entertainment marketing paradigms by taking a wait-and-see approach—and the overall increased competition, which as in all things breeds innovation.

I would probably be working in technology. I'm an entrepreneur at heart and I love being a part of a team that is creating a product that solves a problem.