Plus, tracking the creative arc through his Avengers posters 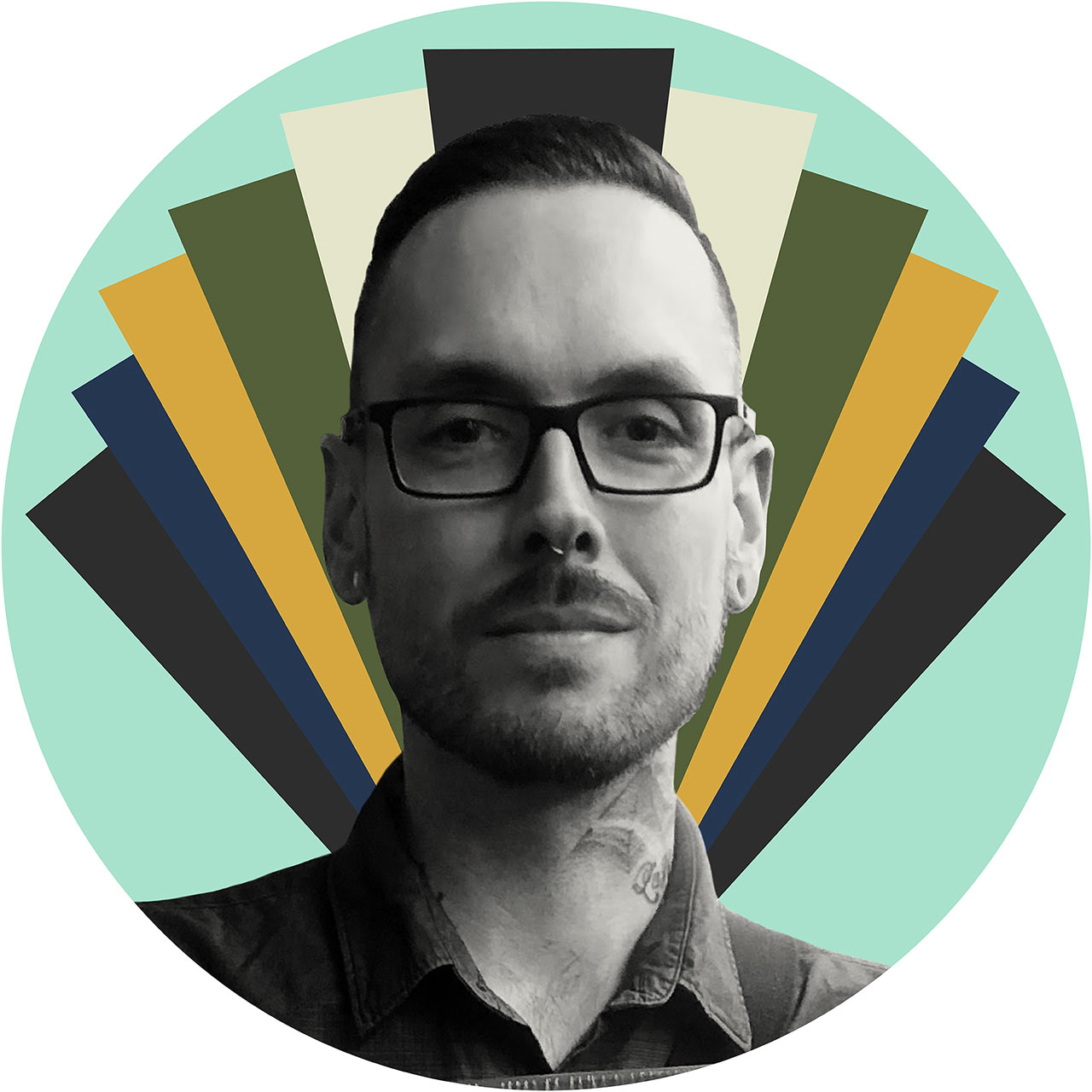 As creative director and co-founder, Justin Erickson is responsible for all aspects of concept, illustration and design at Phantom City Creative.

He lives in Toronto with Paige, their daughter and pets.

We spoke with Justin for our Backstory series, where we chat with folks in the entertainment industry about their creative inspirations and more.

I was born in a small town in Southern Ontario called Grimsby, and I currently live in Toronto.

When I first started out, I was a freelancer who took on almost any job that came in, with clientele that ranged from tattoo parlours to law firms. Eventually I started working as a graphic designer/illustrator at the horror magazine Rue Morgue. There's a vibrant filmmaking community here in Toronto, and being a part of the magazine gave me access to young filmmakers and film programmers like Todd Brown (formerly of Twitch Film and currently XYZ Films). Those friendships also became working relationships when they had a project in need of a poster. After completing a few posters, I quickly realized that was what I wanted to do full time.

There have been so many moments in my career that I can think of, but the breakthrough I'd like to highlight would be when I decided to create key art full time. It had been my goal for a some time, and as Phantom City became more and more busy, it became difficult to balance it with my day job. When I finally made the decision and handed in my two weeks, a weight was lifted and I was genuinely excited and thrilled for the future. As much as I loved my time at the magazine, deciding to go full time with PCC was one of the best decisions of my life.

The Haunting (1963). This has long been my favorite film. I'm a huge fan of horror movies, with a particular taste for haunted house films. Robert Wise's film, based on Shirley Jackson's incredible novel, is the high water mark for the haunted house genre (followed closely by The Innocents and The Changeling). It's a film that deals in mood and atmosphere, and is a shining example of "less is more."

This may count as three, but the original Star Wars trilogy. My second genre love after horror is sci-fi, and the original SW trilogy is hard to beat. The amount of magic and wonder in those movies still amazes me to this day. Even after seeing the trilogy dozens of times over the years, they never get old.

The Thing (1982). If we're going to combine my two favorite genres, I can't think of a better film than John Carpenter's The Thing. If The Haunting is "less is more," then The Thing is "more is more, and add some more." Still dripping with tension, atmosphere, dread and paranoia, Rob Bottin's incredible creature effects are still unmatched in my opinion.

The original Jaws poster is a perfect poster. It's beautiful, explains to the viewer just enough of what the movie is about, and makes you want to know more/see the movie. Plus, it's a genuinely terrifying image. It's a tragedy that the original painting has been lost. 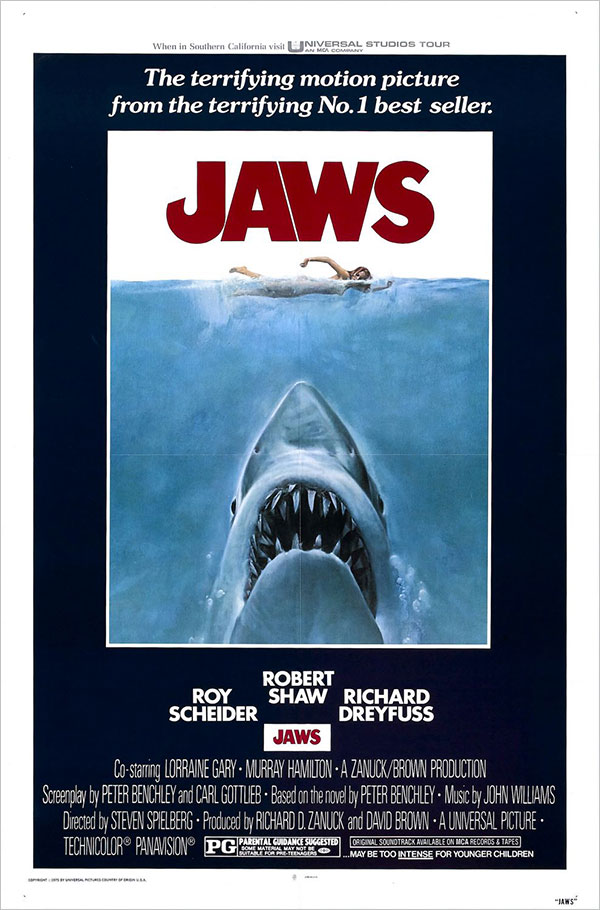 Classic: Star Trek: The Next Generation. It's something I've come back to rewatch several times, as I love the core of acceptance, optimism, curiosity and solving problems by thinking your way out of them.

Recent: Chernobyl. If Star Trek TNG is all about being pro-science and listening to experts, Chernobyl is a show about what happens when you do the exact opposite. You're watching this terrible and tragic catastrophe unfold, but can't help but watch.

Recently I created the poster below for Avengers: Endgame highlighting the moment Captain America took up Thor's Hammer. Part of why I love working in this field so much is I get to experiment with so many styles to suit the project I'm working on. Back when the original Avengers film was released, I created a poster for Captain America and thought creating a companion piece would make for a great poster. It also served as a marker for how much I've grown as an artist in the years since the first was released. 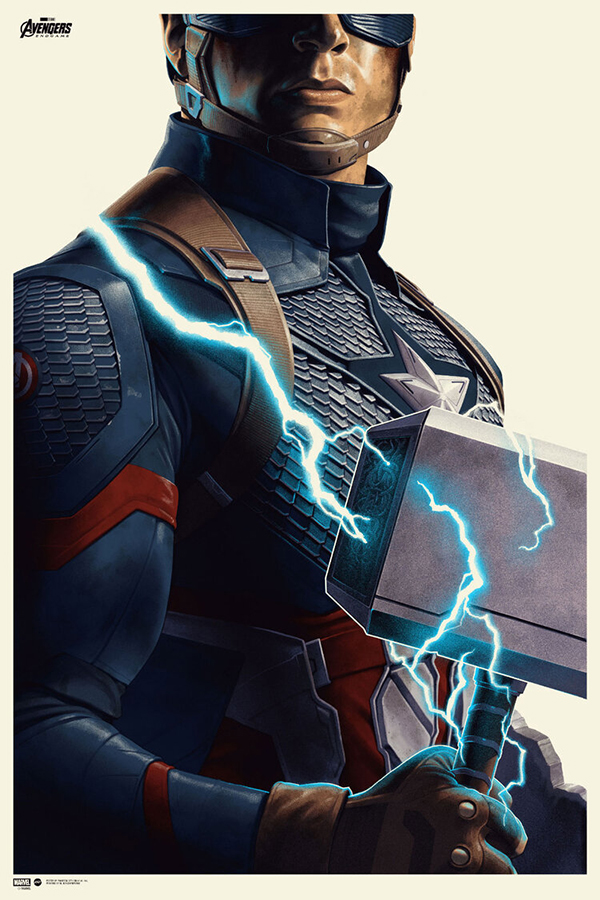 Akiko Stehrenberger is an artistic powerhouse. Her abilities, adaptability and creativity put her up there with Bob Peak for me. I could list any recent Akiko project, but the Portrait of a Lady on Fire poster is Akiko on fire. The concept and execution could not be any better. It's a perfect example of "I wish I had thought of that." 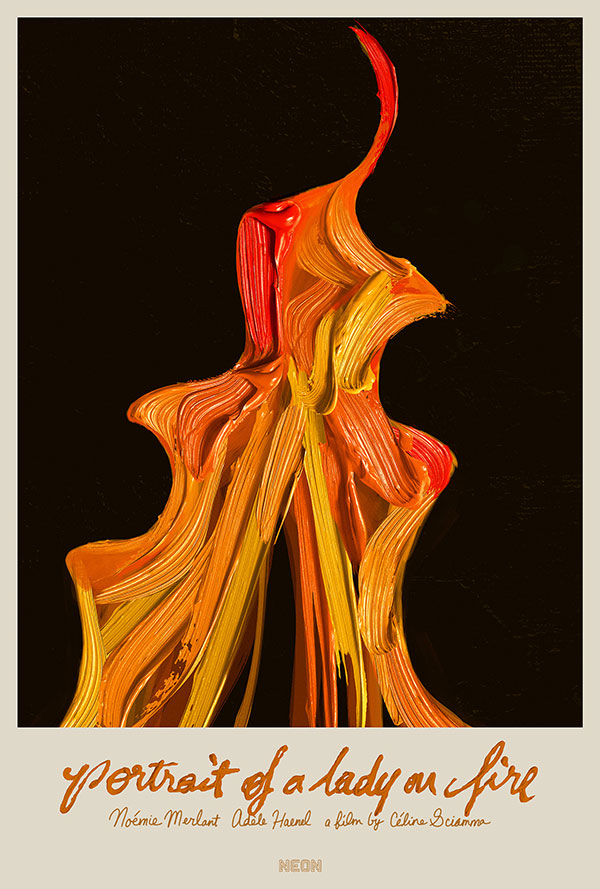 I'm loving the resurgence of illustrative or conceptual approaches in key art.

Hopefully I'll never need to find out, but I imagine I would go back to freelance illustration and graphic design. As long as I get to be creative, work with fun clients on fun projects like I do now, I'll be happy.