Plus, the genius of the Logan trailer 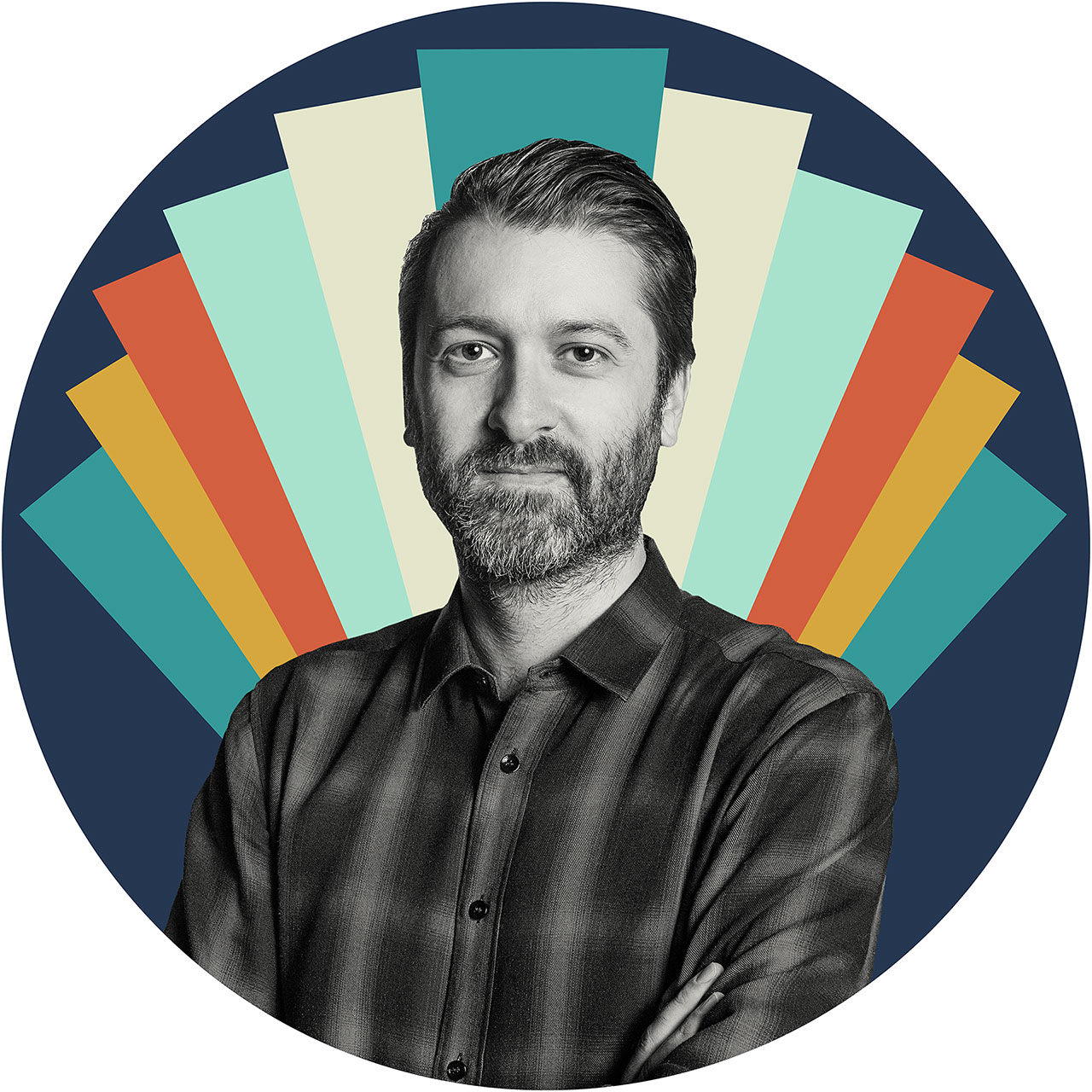 Prior to Operam, Tron was head of content for Havas North America, where he led the network's content agency, Studio 6. He was a content producer at R/GA before that. Along the way, he's worked with clients including Dos Equis, Nike, Google, Netflix, Amazon Studios Orion and Picturehouse.

Earlier in his career, Sylvain founded Visit Films in NYC, a film production and international sales company focused on auteur-driven cinema seen at film festivals like Cannes, Sundance and SXSW. He's also an avid photographer and active member of the Chinati Contemporary Council at the Chinati Foundation in Marfa, Texas.

We spoke with Sylvain for our Backstory series, where we chat with folks in the entertainment industry about their creative inspirations and more.

I was born in France, in a town called Gap. It's on the southern side of the Alps. After living in New York City for 18 years, I've been in Los Angeles for three years.

I was a production assistant on a lot of various New York-based productions in the early 2000s, but one that really stands out is working as Lauren Bacall's assistant on reshoots for the film Birth.

I also worked as the assistant to Shawn Levy (Night at the Museum, Stranger Things) and I was doing well, so his agents started trying to find me another director to work for. I interviewed with a few and was about to accept a job that was shooting in Vancouver for 12 months. To this day, I still can't quite explain why, but my gut was telling me something about it wasn't right. I ended up trusting my instincts, turned down the job, and stayed in New York to work at a small production company, where I was able to learn about all aspects of the business. This turned out to be the catalyst for me in starting my own production and sales company a couple of years later, and it continues to inform my thinking on running the McKinney LA office with a production mindset.

Pulp Fiction, Quentin Tarantino. I must have been 12 or 13 when I saw it for the first time, and my mind was blown. But when my parents watched it for themselves, they immediately confiscated my VHS copy. I ended up getting my hands on another copy, and it seems like I watched it every single day for an entire year after that. There's something so fascinating about the way the story is told and the culture it depicts. It's not an overstatement to say it's the film that got me dreaming at a pretty young age about moving to the U.S.

The Red Circle, Jean-Pierre Melville. It has, hands down, the best heist sequence of all time—20 minutes of absolute silence. It's incredible.

Point Break, Kathryn Bigelow. You asked about movies I couldn't do without, and Point Break is just too much fun to watch over and over again not to include here.

"Roads? Where we're going, we don't need roads." —Dr. Emmett Brown, Back to the Future.

The trailer for Logan. It always comes to mind when someone asks me that question. Using "Hurt" by Johnny Cash was such a great idea, and it gives the trailer an emotional arc that few other trailers are able to achieve.

Breaking Bad is brilliant—every single episode of that show is better than most movies. Needless to say, I also like Better Call Saul. On a completely different note, I just finished Schitt's Creek and I really enjoyed it. It was fun to see them do so well at the Emmys this year.

McKinney just finished working with Picturehouse on Fatima, a historical drama that is having a lot of success in theaters and PVOD. The film was originally supposed to come out on April 24, but due to the lockdown its release was pushed to Aug. 28. This created an additional challenge for us—sustaining interest for fans already excited about the film while increasing awareness for new audiences. One approach we took was creating a virtual pilgrimage to Fátima on Facebook Premiere, which had great appeal to viewers from around the world. We followed that with additional monthly events and an increased social rotation. It was also really exciting to have a hand in relaunching such an iconic company as Picturehouse.

Josh Gad's YouTube series "Reunited Apart" was really fun to watch during lockdown. Seizing that very specific moment in time to bring those actors and filmmakers together on Zoom brought a lot of joy into people's lives—something that's been in short supply. Not only that, from a marketing standpoint, I think there's a lot to learn in what he did with this simple idea, and it demonstrates another way to add more great content surrounding something people already love.

More and more, marketers are realizing they can reach people in very personal ways by being really targeted with their messaging. This leads to smarter, more specific campaigns that can grow the audience for a film or TV show. If you're able to pair that targeted approach with an exciting content series or digital experiences, you can really evolve the entertainment marketing model away from traditional campaign thinking to something with more immediacy and impact.

I'd probably own a wine store.

Backstory is a weekly Muse series where we chat with folks in entertainment marketing about their creative inspirations, their favorite movies, trailers, posters and more. For more about Backstory, please contact Jessie Garretson.

The latest ad campaigns and the stories behind them delivered to your inbox every morning.