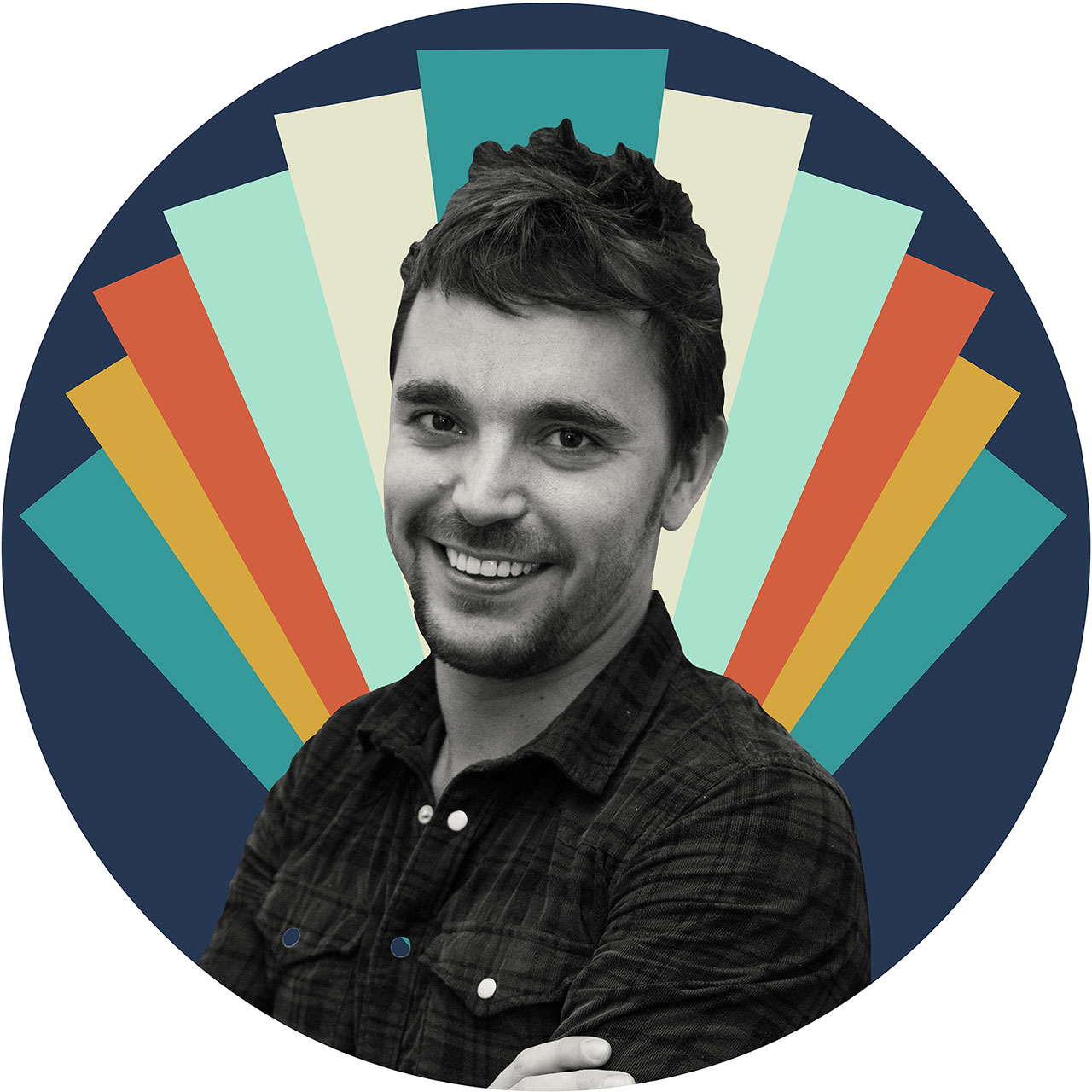 Lyle Goodale is a trailer editor at Giaronomo, a film and entertainment advertising agency in New York.

Lyle nurtured his passion for trailers growing up in Australia. His early fan trailers attracted showrunners and marketers, which brought him to New York, where he has spent over a decade cutting high-profile trailers for challenging film and television.

Most recently, Lyle cut ads for president-elect Joe Biden's 2020 campaign, which you can see here, here and here.

We spoke with Lyle for our Backstory series, where we chat with folks in the entertainment industry about their creative inspirations and more.

Born in London, raised in Australia, now a die-hard New Yorker over 10 years. Bury me here.

I cut fan trailers as a teenager in Australia, which attracted marketers and showrunners. Zealot plucked me from obscurity to New York City, where I spent the next near-decade as a founding editor while developing their outstanding team. The lesson for any aspiring trailer editor or current AE is: There is nothing holding you back if you want it badly enough. Opportunity exists, but it's up to you on your own time.

Texas forever. Friday Night Lights was a big-hearted, underdog show, so I cut a theatrical-style trailer it deserved. Years later we won the syndication campaign based on that piece. Having earlier anonymous efforts rewarded by being paid to cut on shows that I love is a dream job.

• The Silence of the Lambs. The most audacious adult psychological thriller and my No. 1 of all time.
• The Insider. Michael Mann's underrated masterpiece is perhaps the only true corporate thriller. Its goliath themes resonate strongly today.
• Jaws. Many things can kill you in Australia, and thanks to Spielberg I still skinny dip in the ocean after midnight to overcome an irrational fear of God’s greatest creature: the Great White Shark.

"Trust no one." Except for Twin Peaks, the small screen was never so dark and moody until The X-Files. Its theatricality and elasticity was a solid film education for this '90s kid...

I've always admired this ballsy yet underrated Fincher teaser. Our only rules are to be compelling, impressive, faithful and artistic—in that order. Sometimes the thing we think is essential, isn't. The mystery surrounding story can be more compelling than the story itself. There is still so much to be said for the art of the tease...

The Sopranos is, no contest, the greatest work of American popular culture in the past 30 years. The striking authenticity, the New York actors, and especially the dark humor still distinguish it above all other "prestige” dramas. It also heralded a turning point for American filmmaking: an exciting new business model emerged for cable—and now streaming—which encourages the creation of complex, adult programming, which remains tremendously profitable: a rich alternative to the mass appeal of most studio movies today.

'Nordic noir' is my new favorite genre—think Nic Pizzolatto's True Detective Season 1 but Scandinavian—with over a dozen dense shows to reward your interest. The Bodyguard (BBC/Netflix) last year was fantastic.

Giaronomo has marketed some of the greatest and most challenging movies of all time. The team’s true creative shorthand liberates an editor to follow their instincts as they discover things along the way ... HBO understood exactly what this trailer was doing well and encouraged that further. (Shout-out to consiglieres Adam Spreng at Giaronomo and Jaehoon Oh and Patrick Cullert at HBO.) This trailer also scored a rare Emmy Sports nomination, a bright spot in this pandemic amid refrigerated morgues outside.

Tommy Malatesta's trailers for A24 are a beloved brand in their own right. Fresh and confident tone poems driven by good taste. They consistently inspire me to stay back late and cut that left-of-center ALT whenever trodding down a well-worn path. Be bold or go home!

Movies are no longer the prestige business as major studios atrophy into franchise-concentrated "IP" farms where imagination goes to drown itself. Television and streaming, meanwhile, offers such an embarrassment of riches it's difficult to keep up. There is now a far greater appreciation for gutsy AV technique necessary to cut through in such a crowded marketplace. This is the currency of what trailer editors do and the intangible things which made me fall in love with trailers in the first place.

What would you be doing if you weren’t in entertainment marketing.

Backstory is a weekly Muse series where we chat with folks in the entertainment marketing world about their creative inspirations, their favorite movies, trailers, posters and more. To learn more about Backstory or our Clio Entertainment program, please get in touch.