Plus, the designer's recent work for Showtime's Supervillain and more 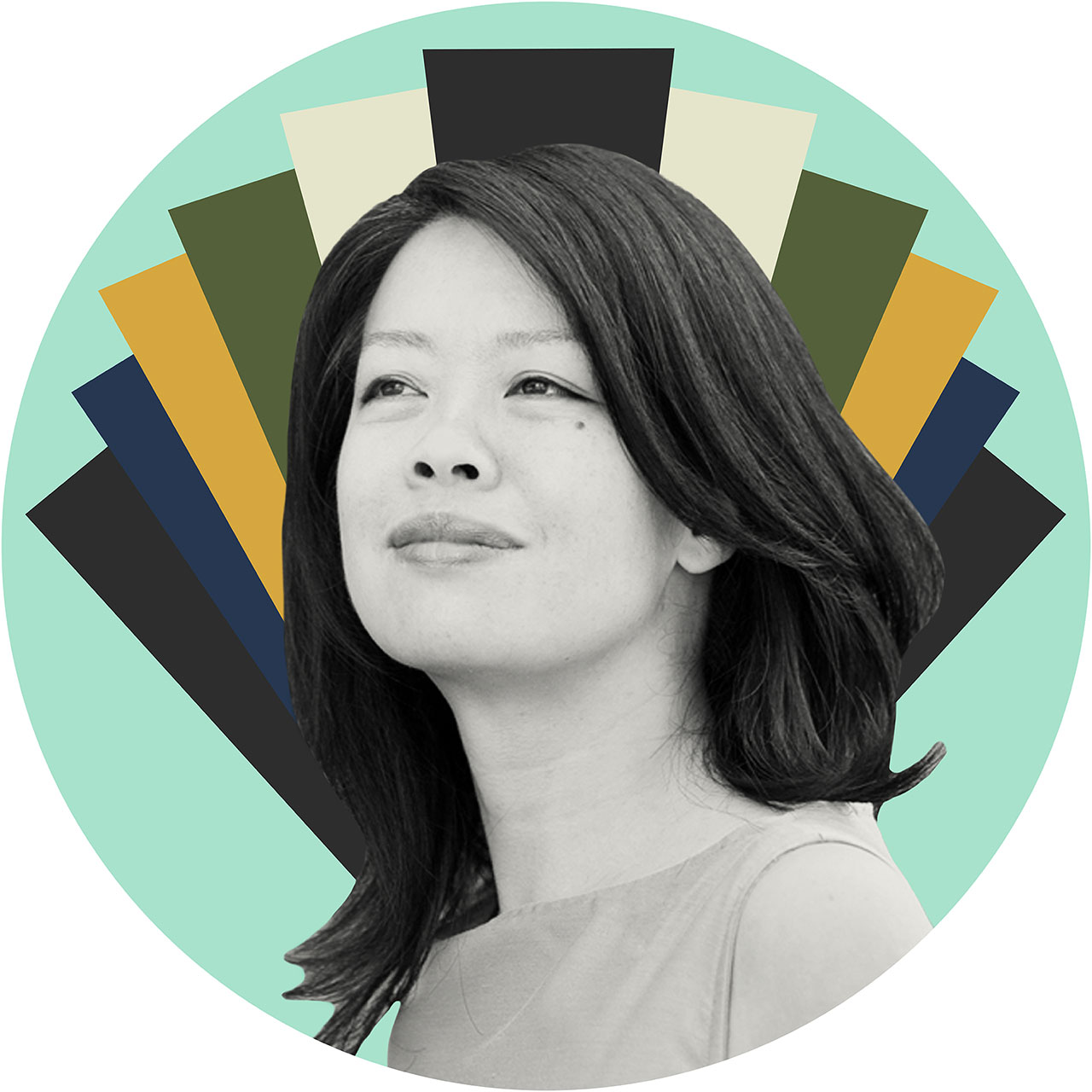 Karin Fong, a founding member of Imaginary Forces, is an Emmy-winning director and designer working at the intersection of film, television and graphic design.

We spoke with Karin for our Backstory series, where we chat with folks in the entertainment industry about their creative inspirations and more.

Working as an animator for the PBS show Where in the World Is Carmen Sandiego? for WGBH Boston, public television.

Whenever I'm shooting. I directed my first live-action commercial, a car spot, just over a couple decades ago, and what an "aha" moment that was, to be able to combine the precision of design with footage I'd shot myself. Being able to work holistically gave me the freedom to create pieces that blend both graphic and filmic techniques into a hybrid language. This could mean anything from combining illustrations with footage, to translating a video game into a cinematic trailer.

When you're on set, you can't control the frame-by-frame outcome. And that's a good thing! The nature of shooting underscores the potential of surprise—something that happens in a way you didn't imagine. After all, who wants to be limited by their own imagination?

In the Mood for Love. I can't count how many times I've referenced the cinematography, production design, styling and dresses.

Star Wars. Because it's my childhood.

The trailer for Alien is a superb example of less is more. Amazing sound design that does the heavy lifting, and a restraint that makes it all the more terrifying, that your mind does the work—all paying off in the perfect tagline.

Documentary filmmaker Karam Gill asked us to create a series of interstitials for his Showtime series Supervillain: The Making of Tekashi 6ix9ine, a three-part show about the notorious rapper. It's so fun to conceptualize how we could get across the idea of manufactured celebrity. From the beginning, we knew we were setting up a stylish lab, in which a modern-day Frankenstein would be constructed. Before I knew it, I was shooting action figures and test tubes on a light table, ultimately combining the footage with CG and stop-motion animation to tell the story. It's just amazing to work with filmmakers who want to push both the visual language and the use of metaphors to get something unexpected on screen. Why be literal when you can be memorable?

I'm sorry, I don't have some rare gem to dig out of obscurity here but I have to say that the Nike ad with the split screens—what a tour de force. That craft can't be beat. It's so hard to do that with footage, never mind found examples. And it highlights the game-changing quality of OCD editorial. When it's this good, it looks so easy.

It's super cool how there are so many venues for short shareable content—places where you can integrate bursts of storytelling. As a title designer, I'm asked all the time how I feel about people skipping the titles. Of course, I want them to watch! But in reality, most of us experience the titles as something posted and shared—viral content outside of the show. So, in many ways, a main title that is meant to welcome the viewer into the show's world becomes even more valuable as a branding mnemonic. Just hearing the music, or seeing the title card, or other iconic imagery, can evoke an emotional, visceral reaction that ties back to the story, even when you are "away in the real world." It's another way the show can plant a flag in our cultural landscape.

I'm excited about work that is provocative—that has the audience ask questions. It's not about explaining, it's about setting a mood. Viewers are sophisticated, and I appreciate marketing that is less literal, that challenges the viewer with metaphors or a sense of mystery.

My first dream career: creating my own line of greeting cards. Or some other job that utilizes the very specific skill of making horribly bad puns.