Jeremy Gelbaum on Digital/Social as the Backbone of Entertainment Marketing

Pushing the boundaries of the space at Workshop Creative 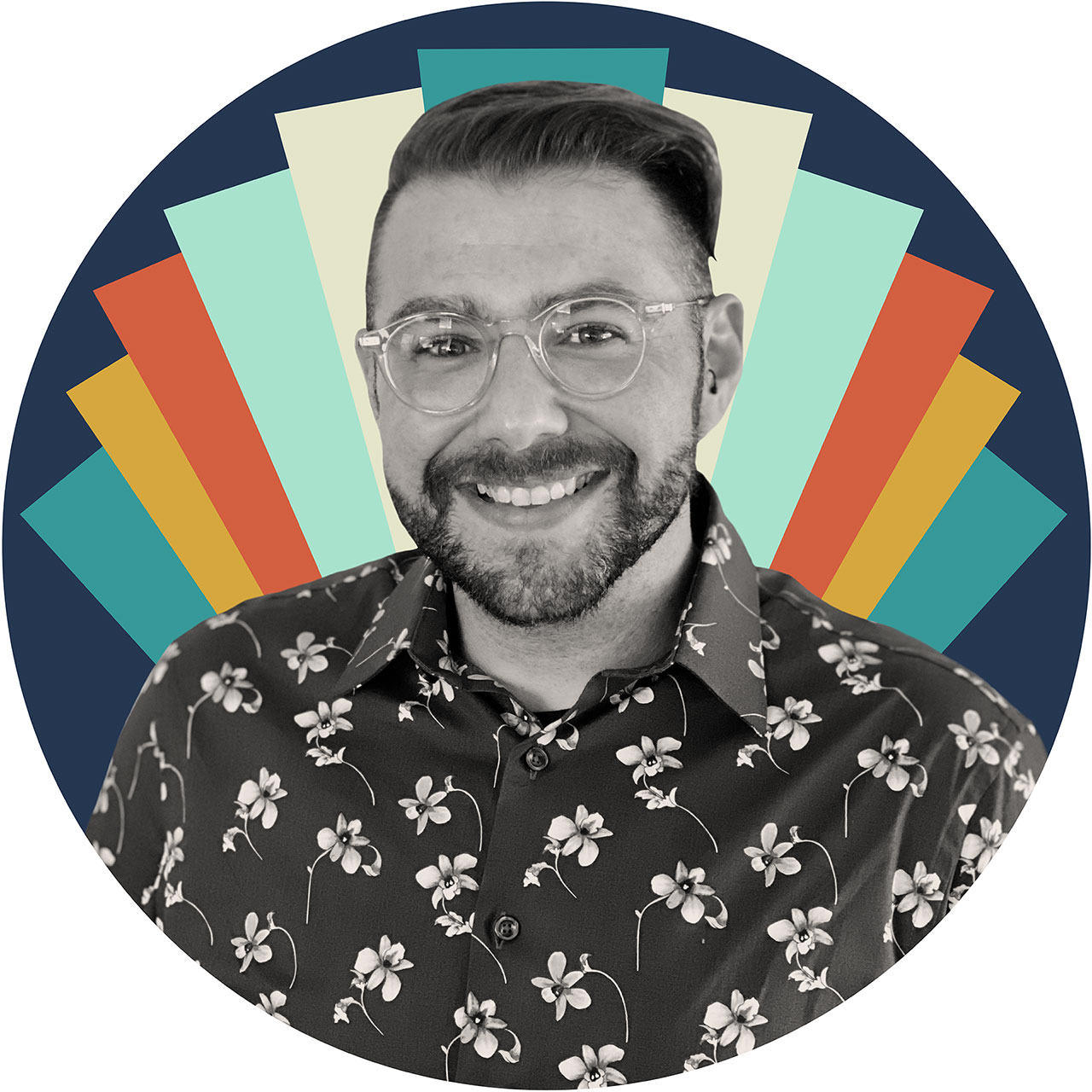 Since joining Workshop Creative six years ago in the newly created role of director of digital and social media, Jeremy Gelbaum has built an impressive body of work that compliments Workshop's traditional theatrical, streaming and broadcast AV offering while carving out its own space and earning a reputation for creative excellence and innovation. His clients include Paramount, Lionsgate, Netflix, Focus Features, Sony Pictures, Amazon and Warner Bros.

Jeremy, as producer, creative director and strategic lead, heads a small team that has created campaigns for such notable titles as Sonic the Hedgehog 2, Me Time, Scream 5, Jackass Forever, The Hitman's Wife's Bodyguard, and most recently, the box office horror sensation Smile.

Prior to joining Workshop, Jeremy was the social medial director for bpg interactive. He began his career in film and television production, where he worked for Showtime Sports as a stage manager and Mark Burnett Productions as a production coordinator/manager. In 2012, in the early days of social media becoming a broadcast advertising tool, he transitioned to NBCUniversal, where he helped create an award-winning social platform for The Voice, and then went on to work as a social media producer for CBS Television and ABC Television. He's been a social media consultant and producer at Twitter and also a social media producer for Dick Clark Productions.

Jeremy lives in Temecula, California, where he loves spending time with his two amazing kids and lovely wife. When he's not working, you'll find him backpacking, practicing jujitsu, playing Dungeons & Dragons and hosting friends and family for home-cooked meals.

We spoke with Jeremy for our Backstory series, where we chat with folks in the entertainment industry about their creative inspirations and more.

Born in New Jersey, moved to Florida pretty young, and then made my way over to Southern California. I've stayed West Coast most of my life, with some summer jobs in New York. Once the pandemic shut down the city, my family and I decided to take a leap and move from Los Angeles out to Temecula. A nice little hop skip and jump away from where it all takes place.

I've been in the entertainment industry for as long as I can remember. My first job on my own in this world was a production assistant working for Showtime Sports on a live boxing match that came to a local casino while I was still a student at UCSB.

But if we're really thinking about my first ever "job" in the entertainment industry I can go as far back as when I was 12 and my dad was directing a toy commercial for the Power Rangers and I scooped up elephant poop on set. We were paid in toys and craft services and not a single complaint was heard from me or my brother who got the better job of "supervising" me.

A real breakthrough moment in my career came when I got the opportunity to be a featured as a background extra in Sandra Bullock's award-winning (read: Razzie) film All About Steve. As an onlooker looking into a pit that a group of deaf children fell in, I really felt like I had made it in Hollywood.

But really, I've been so lucky to work with so many people, and one of the moments that really felt important in my career was when we won the award for social excellence working on NBC's The Voice. I was one of a team of three (hi, Joe and Jessica!) and we ran the social media for the show. I was also lucky enough to have helped all the contestants with their social presence while they were on the show and I shot BTS photos for the show and worked with strategy for the coaches. I was on from seasons 1-5, and Joe continued for a few more seasons after me. That was really a defining moment making me think I was onto something with this whole marketing stuff.

This is tough, because while I work in the industry of promoting movies and TV shows, I'm much more of a gamer. (Add me on PSN: TheBinket.)

However there have been movies that if they're on, I wont turn them off, and if I haven't seen them in a while, I'll search them out to keep the love alive.

Anything starring Nicolas Cage.
Honestly, there's just too many so I'll stop there.

It's hard to come up with something profound or meaningful. BUT, there is a movie quote I love…

PUT THE BUNNY BACK IN THE BOX

Also a hard thing to call my favorite and pin down just one. So one that I admire a LOT is one from a film from 2005 from Rian Johnson: Brick. A film set in "modern" high school, but written, shot and directed like an old noir detective story. I love the film, and watching the trailer always feels like a trip down memory lane. Plus, it was shot by where I grew up, so it's nostalgia at its finest.

A classic show: Friends. It's gotten a lot of hate recently, but my wife would always have it on in the background and I would walk by, making sarcastic passing comments, and then stand there watching, completely "disinterested," then I was hooked.

Most recently has been anything based on the works of Neil Gaiman. American Gods, Good Omens, and most impactful and amazing is The Sandman. I absolutely LOVED the graphic novels, so seeing them come to life is amazing.

Most recently, we got the opportunity to cut a lot of stuff for the film Smile. What initially seemed like it was just going to be a small horror film turned out to be a major success and held the No. 1 spot for a few weeks. It was really exciting working with a good friend and client Cat Hough. She's absolutely amazing, smart, creative and kicks ass so much. We've been really lucky to work on a lot of great things and the fact that it's not just task -> completion and our clients really like to collaborate is the most fun thing we could ever do. Plus, making silly TikToks that perform well are just a cherry on top.

Oh I love a LOT of things, but really, recently the way that AppleTV+ has done connected carousels with shows like Foundation has been really, really cool. Also, the trailer for Glass Onion was REALLY cool, and I'm excited to see how the rest of the digital campaign fits with the puzzle motif they have going. I don't know who is doing the work on it, but hats off to them for being super creative.

Well, for one thing, if it wasn't evolving, I don't think I'd have a job. Really, though, trailers and TV spots were and are still such a big part of any campaign, but the digital and social work is really a backbone. The awesome thing is that sometimes with trailers and TV spots, you're kind of locked into a certain strategy. With us, we get to change on a dime, make a TON of stuff for a lot of demographics, and serve content to the people who want it rather than the people who are a little more forced to watch it. It's interesting that sometimes you need to over-direct a piece to make it feel super under-produced, but that's the fun part, hiding the fairy dust we use to create these things.

I see the industry continuing to move into this online space in an even bigger way that it has already embraced and I'm so excited for myself and my team at Workshop Creative to be on the front lines, working with our clients who are also trying to push boundaries and not afraid to keep moving the creative forward.

What you wouldbe doing if you weren't in entertainment marketing.

Uhh, not sure how to answer this. Having a mind that's a little all over the place, my hobby has always been collecting hobbies, so I'm not sure I'd be able to stick with one thing. Maybe starting an outdoor adventure brand for parents and kids? (I take my kids camping/backpacking with me.) Or maybe a writer, books not scripts? Hmm, maybe a stay-at-home dad? Chef? Professional Twitch streamer? Uhh, fireman, astronaut. (Never mind I have bad eyesight.) Realistically I'd probably be a psychologist or something along those lines.