J.D. Funari on 2001, Little Children, and the Past Year at Netflix Creative Studio

Plus, the future of remote work in entertainment 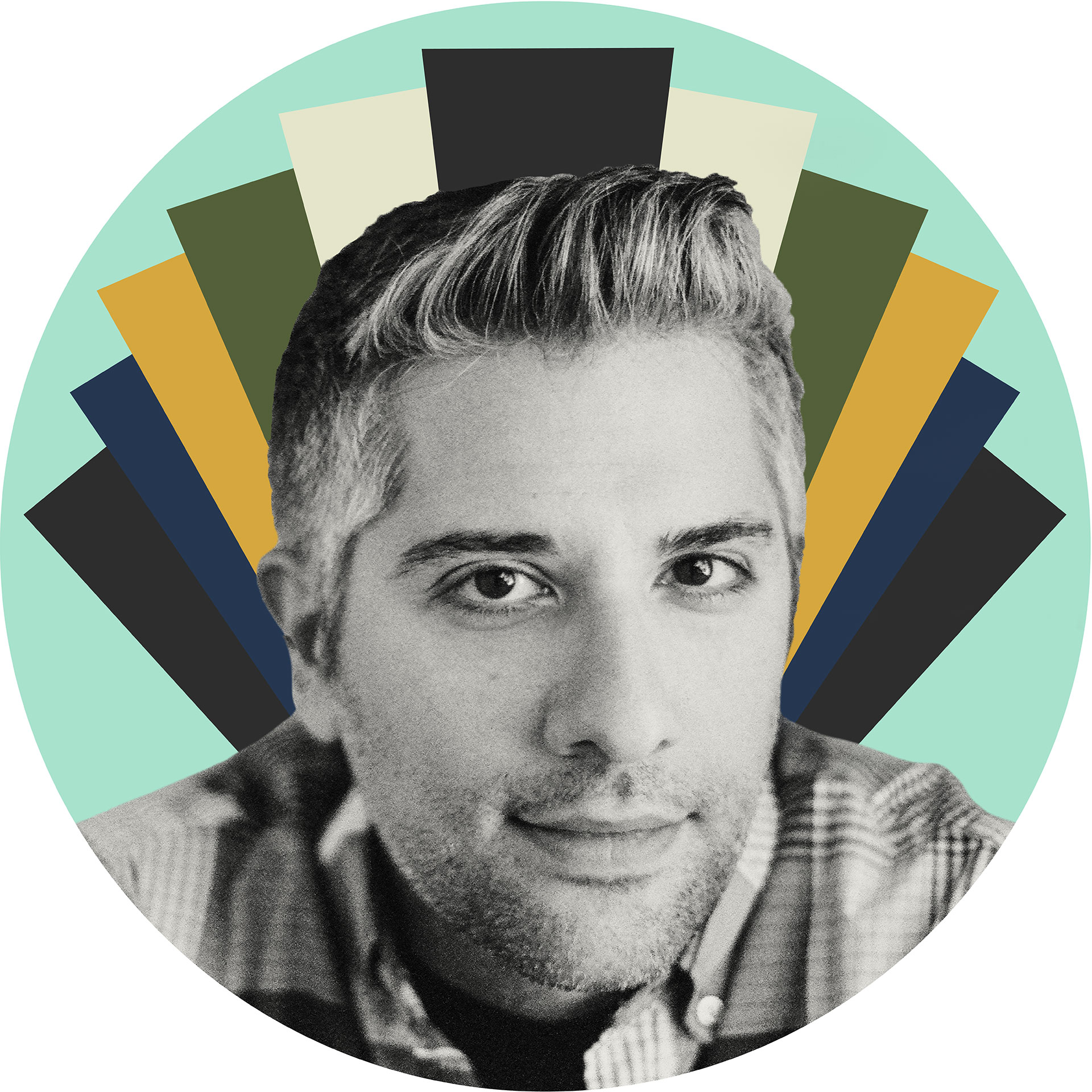 J.D. Funari is a trailer editor and producer at Netflix Creative Studio. His work over the last decade includes multiple award-winning trailers, campaigns for Oscar-winning films, and widely seen marketing in support of movies like Sicario, Ex Machina, Fifty Shades of Grey, and most recently, American Murder: The Family Next Door.

Beginning in his teens, J.D.'s burgeoning love for cinema propelled him to learn to edit on Final Cut Pro and eventually head west to pursue a career in entertainment. His passion for movie marketing is outmatched only by that for movie making; the last short film he directed recently completed a worldwide festival run and will soon be available online.

We spoke with J.D. for our Backstory series, where we chat with folks in the entertainment industry about their creative inspirations and more.

I was born and raised in a small suburb just outside of Albany, New York, and this March will be my 17th year in Los Angeles. It's wild to think I used to be impressed when I met someone who had lived here more than five years.

My first L.A. entertainment job was at a boutique TV promo agency in Pasadena, where I wore many hats: web content creator, script writer, editor, director and even tech support (you can still find my old postings on Creative Cow). I also made some of my closest and longest friendships there. Fun fact: a previous employee of the company was Knives Out director Rian Johnson.

From a development standpoint, the brief time I spent at Skip Film, helmed by Skip Chaisson, was critical to my growth as an editor. He was constantly pushing the boundaries of style within movie marketing.

The moment I felt like I finally "made it" was when the trailer I edited for a small movie called Simon Killer was featured on the website of Mark Woollen & Associates. Getting hired there had long been a career goal, and for years I visited their page to keep tabs on their latest finishes. To see my own work on display was surreal and very special.

2001: A Space Odyssey. While I could interchange the ranking of almost any of my favorite movies, this is comfortably number one. It boggles my mind every time I watch that Kubrick made it before a person ever stepped foot on the moon.

The Shawshank Redemption. Far from an original answer, I know, but I've loved this movie since I was a teenager. When it used to play regularly on cable TV, I could come in on any given scene and be sucked in to stay till the end. Gets me every time.

After Hours. One of Scorsese's lesser-known movies. Weird, wacky, and full of kinetic style. The most memorable nights out have that electricity in the air like anything can happen, and this definitely captures that vibe.

I'm a self-proclaimed cinephile, but not a huge movie quoter. That said, I do often reference this exchange from Se7en, especially as a text meme:

Detective Mills: "Honestly, have you ever seen anything like this?"
Detective Somerset: "No."

My all-time favorite trailer is for Little Children, by the above-mentioned Mark Woollen & Associates. Trailer editing, at its best, is an art form, but rarely does it transcend the medium and become actual art. This to me is one of those times. The imagery of an unraveling relationship set against the stark sound of an approaching train is conceptually brilliant, and forever the creative bar I strive to reach.

Classic: The Office U.K. As much as the U.S. version looms large in pop culture, the two original seasons and Christmas special combine painful cringe comedy with touching vulnerability in a way that only the Brits could pull off.

Recent: Watchmen. Like Damon Lindelof's The Leftovers (a favorite), this series was unique, ambitious and emotionally charged. Swung big, expanding on beloved source material while exploring the insidiousness of racism, and connected every time it mattered.

This may be a cop-out, but more than any single project I've worked on this past year, I'm proud of my colleagues here at Netflix Creative Studio. We've all worked from home since last March, faced our share of individual challenges, yet pushed through, supported one another, and still discovered ways to up-level creative with inspired collaboration on titles like The Queen's Gambit, Grand Army and Selena.

The trailer for I Care a Lot by Empire Design. It's got so much damn swagger. Super sharp cutting, really fun graphics, and a perfect marriage of song to material. I respect the restraint to use the lyrics only briefly in a choice moment rather than have them compete with the dialogue throughout.

As for key art, I've long admired the work of illustrator Akiko Stehrenberger, including her evocative artwork for I'm Thinking of Ending Things. 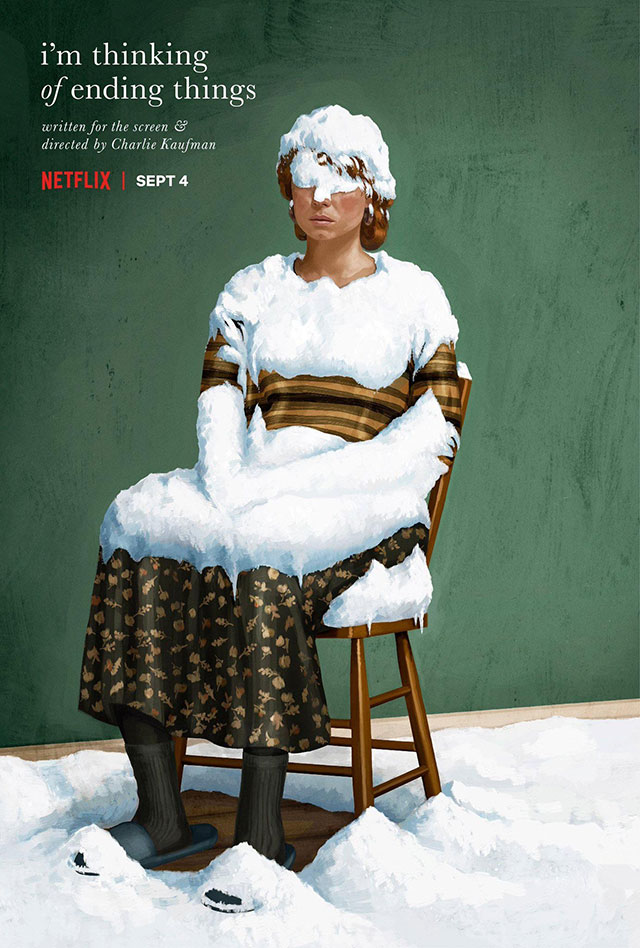 A continued willingness to lean into flexibility around remote work. While I still believe in-person interactions are superior for early career growth and relationship building, this past year has shown that daily office use is not a requirement for high-quality work. It also allows access to the many talented people located outside of L.A. or New York. There are exciting opportunities for mentorship, development and creative collaboration when the net is cast wider both domestically and abroad.

I like to think I'd be crafting adventurous entrees in the kitchen of a chic little restaurant. I say this as a foodie whose cooking ability is limited to scrambled eggs and frozen pizza. One can dream!