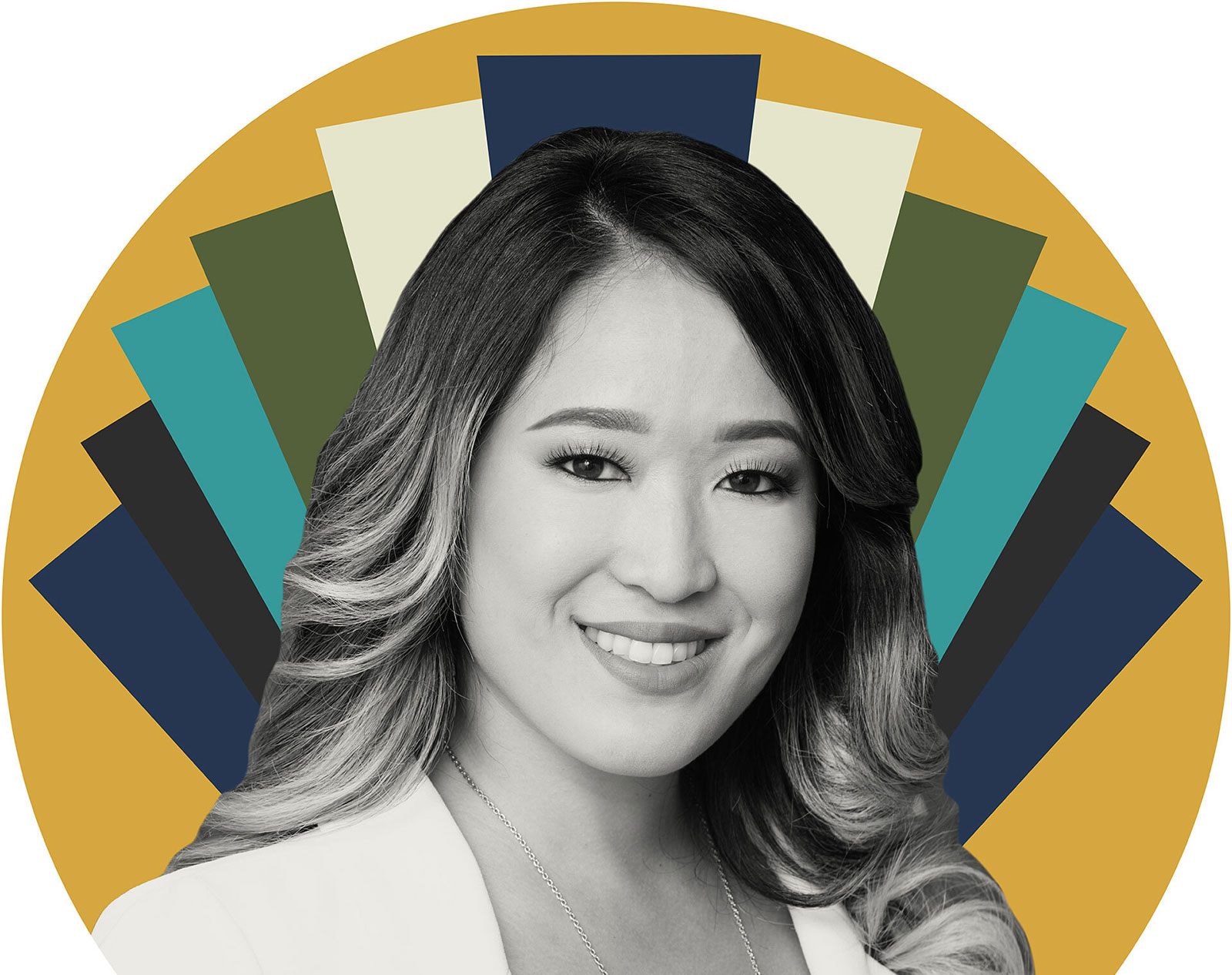 Jaling Bohannon is a production project manager at Paramount+ for the in-house creative marketing A/V team where she is involved with executing production on video creative requests for a variety of marketing initiatives. Some notable projects she has worked on are new this month brand spots, UEFA Champions League, NWSL and The Offer.

Prior to working at Paramount+, Jaling was the vice president of a voiceover talent management company. She was in the voiceover business for over nine years before making her career change in January 2022 into the creative marketing world. She also serves on the executive board of Soapbox Women as the VP of finance.

When Jaling isn’t working on creative requests, you can find her spending time with her two-year-old daughter, Leiling, and beloved husband, Paul. She also has two fur babies named Bella and Ruby.

We spoke with Jaling for our Backstory series, where we chat with folks in the entertainment industry about their creative inspirations and more.

I was born and raised in a city called West Hills, California, which is part of the San Fernando Valley in Los Angeles and now I live in Simi Valley, California. I guess you can say I'm a true SoCal Valley girl and I'm proud of it!

I’ve had a variety of odd jobs in the entertainment industry that range from interning at a post production house, working as an extra on movie sets, helping construct set design art for the show “The Middle,” or acting as a grip for a short film. However, I guess I would consider my first full-time "big girl" industry job when I worked as an assistant at a voiceover talent management company.

Interestingly enough, I’d say the backstory of how I got into my current role is what I would consider my breakthrough moment in my new career thus far. Before landing my role as a production project manager at Paramount+ for the in house creative A/V team, I had spent about nine years working as a voiceover talent manager. I started off as an assistant and then eventually worked my way up to vice president of the company. After spending almost a decade in the voiceover industry and working with a wide range of creative studios, agencies and professionals, I realized I wanted to get in on some of that creative action. I no longer wanted to be someone in the crowd watching others win awards. I wanted to be part of the creative team getting the awards.

After this realization I started researching what creative positions were out there that required a similar type of skill set that I possessed by interviewing various people in the industry to get their perspectives and insight. I was told by a few people that I probably wouldn't be able to make the transition very easily without starting completely over, but I didn’t allow that to deter me from trying. I eventually came across a creative project manager position at Paramount+ through a contact I made at a women’s networking organization called Soapbox Women (Thank you Kelsey De Weerd). After applying for the role and going through the interview process, I accepted a job offer at Paramount+ as a production project manager as of January of this year. Fast forward six months later, I’ve been able to work on a variety of projects such as Paramount+ Brand, Sports, Partnership and Originals spots. I feel blessed and honored that I can now say that I've successfully made a transition into the creative world. Oh and I can now say that I'm part of an award winning creative team, which I think is pretty awesome.

You should probably know that I love watching a variety of films. However, I generally don't watch films over and over again because I genuinely love the pure enjoyment I get from watching a film for the first time and not knowing how a film is going to end while watching it. With that being said, here are three movies that have influenced my love for films in a positive way that I couldn't do without.

First Film: I absolutely could not do without Bridesmaids because I love laughing and I find this film hilarious. More importantly, I love the film because it is cleverly written and showcases a variety of ridiculously funny characters. It is also one of the first films that I felt really portrayed a strong female comedic cast in a less "ladylike" manner.

Second Film: I love Old Boy (Korean version, NOT the American version) because the plotline was extremely mind blowing for me when I watched it for the first time. I don't want to spoil anything for anyone who hasn’t seen it so what I can say is what I love about this film is that it keeps you in a curious/suspenseful state of mind for the majority of the film until the very end in which you are purposely left with an unexpected feeling of queasiness. In addition, the cinematography was wonderful and this was the first film with subtitles I thoroughly enjoyed. Basically this was the gateway film that interested me in watching other foreign films.

Third Film: Tenet was another mind altering film for me. I’m not a huge sci-fi fan but I enjoyed this film because the cinematography and plotline were thrilling, complex and thought-provoking. I think it's the one film I would be okay with rewatching a second time because there was so much information to digest. I'd be curious to see if I experience the film in a different way the second time around.

"Life is like a box of chocolates, you never know what you're going to get." – Forrest Gump

The Wolf of Wall Street. I love the music selection, the soundbites chosen, the way the scenes and graphic cards were cut to each beat, and the way the story was told without revealing an obnoxious amount of what happens in the film. Not that anyone asked but I also think the film itself is equally as great as well.

The Wolf of Wall Street

I recently worked on this “New This July Streaming on Paramount+” spot. I’m extremely proud of how it turned out. Even with a bunch of last minute changes to content and production delays, I think it turned out wonderful.

Shout out to the following people who worked on this project: Terry Minogue, Janine Evangelista, Jedd Scher, Emmanuelle Leboeuf, and Sydney Swartz for the collaborative creative direction. Pablo Lara for editing this beauty in such a short period of time. Damien DeMary and Steve Davis for greenlighting the editorial process. Seokin Jang, Michael Sutton-Long, Scott Reiger, Aurora Manibog (Albi-Mercier), Angie Light and Marisa Blumenthal for the beautiful motion design. Dara Dirscoll for keeping us honest on the workback and routing schedule. Marie Watkins, Brian Ward, and Marlene Thompson for QCing and delivery. Also thank you to many more who helped get this spot across the finish line.

I thought The Woman King was a well cut trailer. I dig the music and I thought the creatives did a great job at sharing just enough of the story line to intrigue the audience with some cool action scenes but also leave them coming back for more. I hate when I watch trailers that make me feel like I’ve seen the entire film.

I've noticed that entertainment marketing initiatives seem to be focused on authenticity and diversity. What I mean by that is marketers seem to be more conscientious about hiring the appropriate/ethnically authentic on screen talent for shoots, even off screen voiceover talent or even post production crew for specific spots to promote inclusivity and shine light on a variety of cultures. I appreciate the recognition of this need within marketing.

Entertainment is dear to my heart so if I wasn't in the marketing side of things I think I'd try to dive into the world of development or just maybe travel the world.