Ipar L'Aimable on Active Audiences and Wellbeing in the Entertainment Industry 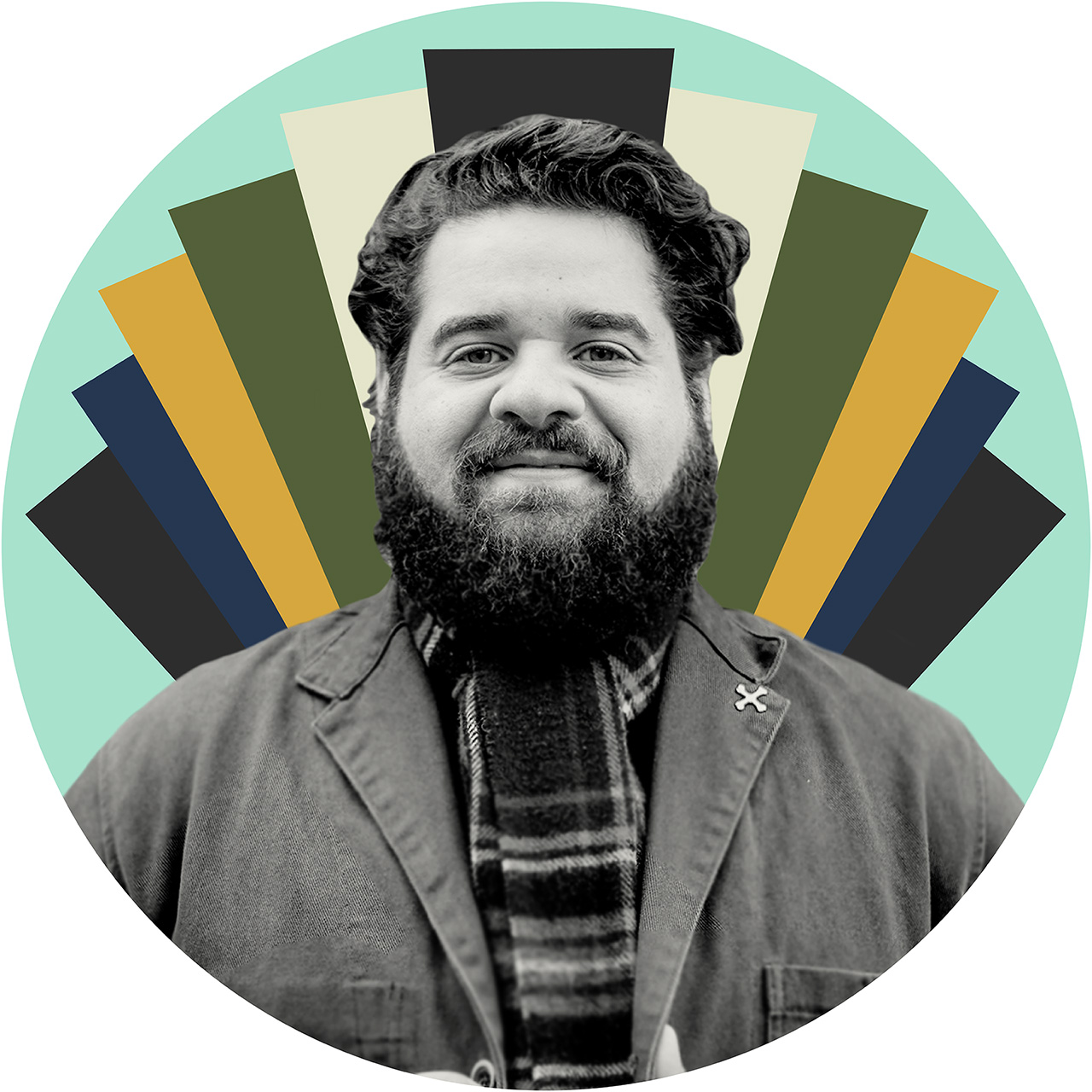 Ipar L'Aimable, known to his friends as "Ips," is global creative director at Zero Degrees West in London. He wears his heart on his sleeve … alongside his tattoos. Ips specializes in creative storytelling across all mediums. A passion for innovating and creating has taken him from New York Film School via a brief stint at law school, to Los Angeles, Toronto, Beijing ... even all the way to Shoreditch.

Following an early career in animation, a move into advertising and entertainment has allowed him to combine strategy with narrative, the blood that flows through his veins. When Ips isn't conjuring up creative, he spends his time going to remote holiday destinations with his wife, listening to movie scores, and supporting his friends' creative endeavors as jewelry designers, brewers, musicians and artists. He strongly believes in the creative community and upholding the craft that keeps us inspired, imaginative and curious.

We spoke with Its for our Backstory series, where we chat with folks in the entertainment industry about their creative inspirations and more.

Born in a flurry of drama and tears on an October night in North London—Tottenham, to be precise—and now residing in Greater London on the fringes of Epping Forest after some stints in New York and L.A. and Shoreditch.

I started my life in the industry as a lowly art department runner on various productions at Pinewood Studios. Working for creative icons—by just being in their vicinity and watching them—gave me impetus to strive for better, keep a close eye on the finer details and stay true to wanting to be a storyteller.  When I wasn't dreaming of bigger things, sweeping, painting, prop making/fixing, set dressing and crafting the perfect cup of tea were my primary human functions... whilst also completing my animation degree at Ravensbourne.

I wouldn't say there was any singular breakthrough moment in my career. I think that over the last 15 or so years I have had many milestone moments that have shaped me into who I am now, personally and professionally. Working at Pinewood Studios, film school in New York, living in Fairlawn, New Jersey, writing in L.A., editing, animation and vfx supervision from Beijing to Toronto, then moving to advertising, deep diving into human behavior and then back into entertainment.

The Goonies. Ah, it was a simpler time back then, where imagination and friendship were the connection between kids. As a child my head was firmly planted in the clouds, popping a John Williams tape in my Sony Walkman and running around with my mates to the "Raiders March," thinking I'm Indiana Jones. The camaraderie and togetherness of the characters, the journey they go on, the bonds that form between them, the conviction of their actions. That's what mates are for… even when you're in your thirties.

The Shining. Watched it from the top of stairs at seven years old when my folks thought I was asleep. Not a perfect viewing experience through balustrades but it had a lasting effect. The first movie that really showed me that film is a moving piece of art that can evoke visceral emotion in the viewer. The cinematography, score, performances and how the visual symbolism can lift the different forms of narrative was compelling. I've been a Kubrick fan ever since.

Who Framed Roger Rabbit. Never before had I ever seen such spectacle on the screen... six times to be exact. Humans and animation together, in-camera special effects creating the illusion of interaction, Disney and Warner Brothers characters sharing the same frame, film noir, zany comedy, Hollywoodland crime mystery. Basically, everything I ever wanted as a kid and still piques my interest as an adult.

What We Do in the Shadows. The cut sinks its teeth right into the creative jugular! Starting with the found footage—paying homage to the Blair Witch Project—before jumping into the madness of their lives then introducing the characters, all to whet your appetites on what it's really like to be a vampire.

What We Do in the Shadows | Official Trailer

I have an unwavering love for Garth Marenghi's Darkplace. A cult classic parody U.K. television show within a show, paying homage to B Movie horror and sci-fi movies of the '80s. Poor dubbing, poor editing, poor production and poor storylines... all completely intentional and emphatically genius because of it.

After watching the first episode of The Last Dance on Netflix, I was hooked. It dispatched my weekend with a full-blown binge that spread from the streaming platform to Wikipedia to Twitter and back again. Educating me on the stratospheric achievements of Michael Jordan and putting a face and personality to the star of Space Jam. I Hate Christian Laettner is next on my list.

Alongside all the entertainment projects that I'm obviously very proud and privileged to be involved in, I have recently had the pleasure of working with the Film and TV Charity on a series of animations for Zero Degrees West and OC that raises awareness of the support available to all workers behind the scenes in the film, TV and cinema industry.

A wellbeing piece that calls out the impact racism, bullying, harassment, long working hours, little time to exercise, etc. have on our mental health. These insight pieces will highlight the triggers, symptoms, issues and point people in the right direction to get help. Having experienced these very things throughout my career and having had little or no support on the way, I'm proud to be part of this movement that plants the seeds of positive change in an industry I love.

Basically, anything with Deadpool and his alter ego Ryan Reynolds is campaign gold at the moment. That duo has brand equity that surpasses all mediums in our world and the known comic book universes.

Deadpool's reaction video to Disney's Cruella was great and now with Taika Waititi reprising his role as Korg in a promotional piece for the meta Free Guy movie, you've got the perfect mix in place to smash 10+ million views and put a smile on our faces along the way. Bravo!

I'm all about the audience interaction, taking them from passive viewing of content to more active participation through storytelling, be that on platform in VR/AR or large-scale activations. Strategic marketing through highly-targeted messaging using behavioral data will help create a more personalized journey for the audience and allow us even more scope to flex our creative muscles and be more imaginative for the greater good of the craft.

I'd love to build a retreat where creative people come to reset, go off grid, get back to basics and start again. We've all experienced some level of burnout in our careers and the unrelenting nature of our craft takes no prisoners. A creative sanctuary where you can let your mind unwind. Probably in the woods… in a treehouse, like the Ewok's village on Endor in Return of the Jedi.