Plus, cutting Verhoeven's Benedetta trailer and rewatching The Wire 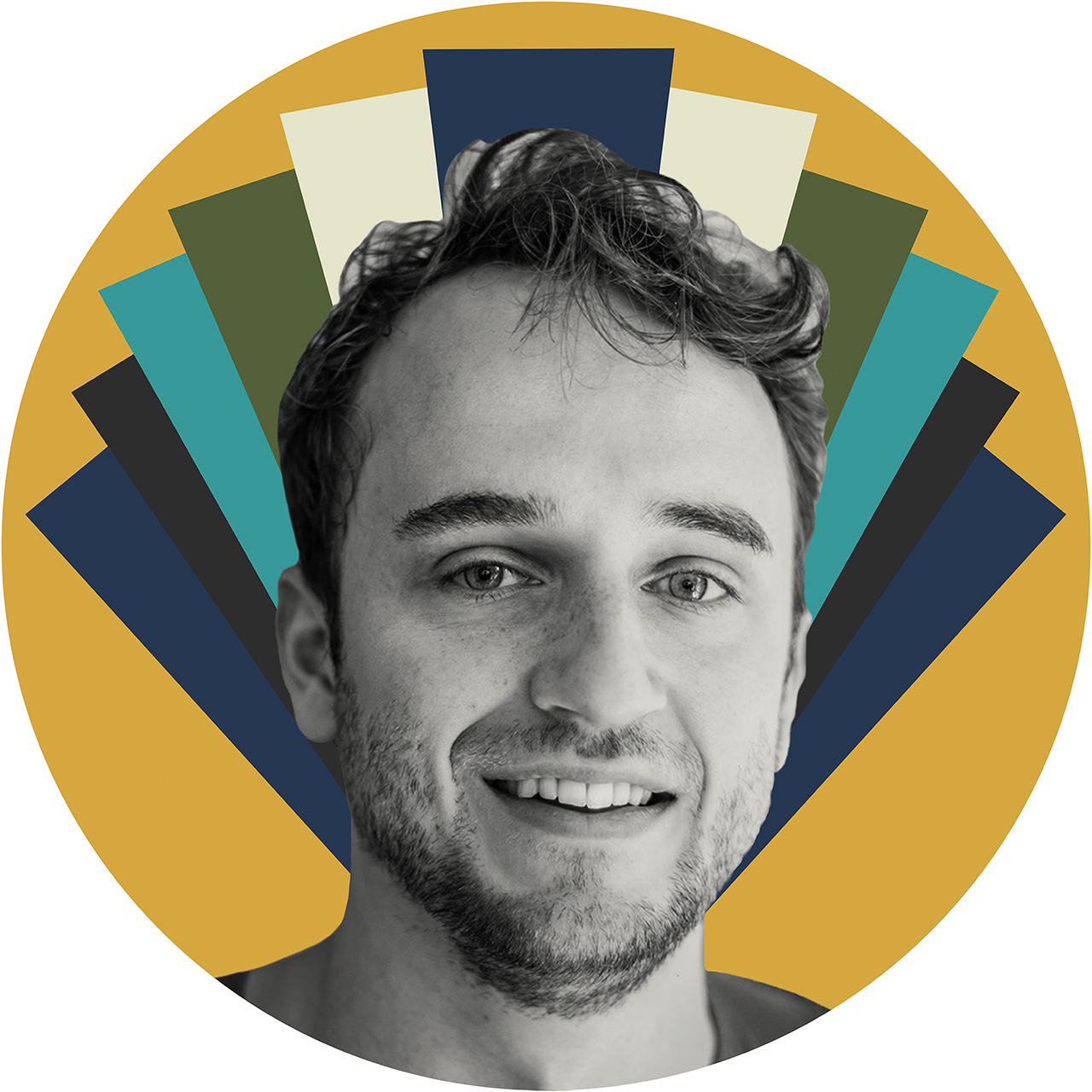 Maurits Malschaert is senior editor and creative director at European film and entertainment creative agency Intermission Film. As a proud European, he has extensive experience working on award-winning campaigns across the continent.

With roots in editing short and long form documentaries, Maurits fell in love with trailers during his time at TrailerPark. TrailerPark was a Dutch masterclass, aiming to get experienced editors enthused by the trailer editing world. This experience ultimately led to Maurits co-founding Spark Trailers, one of the first Dutch agencies dedicated to creating campaigns for the Benelux film and TV industry.

In 2016, Spark merged with Intermission Film to become the European arm of the company. Maurits has since gone on to help build and mentor a multitalented team and cut campaigns for films and series, including Dark, The Guilty, Matangi Maya M.I.A, Lara and most recently Paul Verhoeven's Benedetta.

We spoke with Maurits for our Backstory series, where we chat with folks in the entertainment industry about their creative inspirations and more.

I was born in Dordrecht, a city close to Rotterdam. Currently, I live in a small town called Soest, right in the heart of the Netherlands. Close to the forest, but also just a 30-minute drive to work in Amsterdam. Perfect combo.

I was an assistant editor for Niemand Kent Mij, a 2011 documentary directed by Geertjan Lassche about a professional cyclist who got expelled from the pro-peloton because of doping abuse. This film followed him trying to come back during his suspension. It was an intense period, working closely with the director on a rough cut of the film and after that with the main editor of the film working on scenes and music sequences. It wasn't a big budget doc, so it was all done with a small team, and I'm still so thankful for that period and all the things I learned.

In the end the team also asked me if I wanted to cut a trailer for it. The director loved my use of music and cutting style in some scenes in the film, so he wanted to give me a shot at it. The trailer world was something I didn't know at all. In the Netherlands you didn't have trailer agencies back then. You had a few film editors who cut trailers beside cutting feature films. But a 100 percent trailer editor or trailer agency wasn't around.

This first job was memorable because of that film, but also because of the trailer work I did. It set something in motion for sure.

In 2014, I co-founded Spark Trailers with a friend. We wanted to completely focus on just cutting AV campaigns for films and series, which was something new in the Netherlands. We partnered up with sound designers, composers and GFX designers, and tried to really get the standard as high as possible.

For me personally, the trailer we did for 2015's The Paradise Suite was the first time our vision truly came to life. Music, sound design, GFX and the edit, everything was crafted by a group of talented people who also became close friends. Just a dream job to be able to work like that and live up to your own ideas how you want to do things.

Stalker, and all other films by Andrei Tarkovsky, combined for me the world of spirituality and film in a perfect blend. I grew up in a Christian evangelical family, and I first saw this film at the Film Academy. It opened a new world to me. It dared to ask big questions and ultimately showed me a way out of the world I grew up in and helped me to say farewell to the religion of my family.

Lessons of Darkness was my introduction to the work of Werner Herzog, his voice and the way he told the story. Some scenes of that film I will never forget. Iconic and a must watch for everyone who thinks they saw the best of Herzog with his last films. But truly, his older work is even better.

A Clockwork Orange was the wildest movie I've ever seen. It shocked me in the truest sense of the word. I (again) watched it for the first time at the Film Academy. I guess my time there was a truly mind-blowing and mind-opening experience. The trailer for it is also great!

I'm not great at remembering lines, and always admire people who are good at it. But I do love the robot—voiced by the amazing Alan Rickman—in The Hitchhiker's Guide To The Galaxy (2005). Especially his "depressed" dialogue exchange.

Marvin: I think you ought to know I'm feeling very depressed.
Trillian: Well, we have something that should take your mind off things.
Marvin: It won't work, I have an exceptionally large mind.

The Little Children (2006) trailer for me is a go-to example of how powerful a trailer can be. It's all about simplicity and the true craft of telling a story. You don't need an enormous amount of hits, risers, or—God forbid—dark cover songs. If you need a masterclass in trailer making, you could only watch this trailer and learn everything you need to know. It's a masterpiece.

Another trailer that I truly love is the trailer for Breathe In (2013). Those piano tones always got me. It's so emotional and again so subtle. I guess I just like minimal work. The cut from the shot of the leaves in the wind to the train leaving at the station. Just brilliant.

For posters, I have to bring up a poster of our own print department at Intermission Film for Mark Cousins' "The Story Of Film: A New Generation." The concept is so well executed. Again, I know it's praising the company I'm part of but I hope everyone is on the same page with this one. 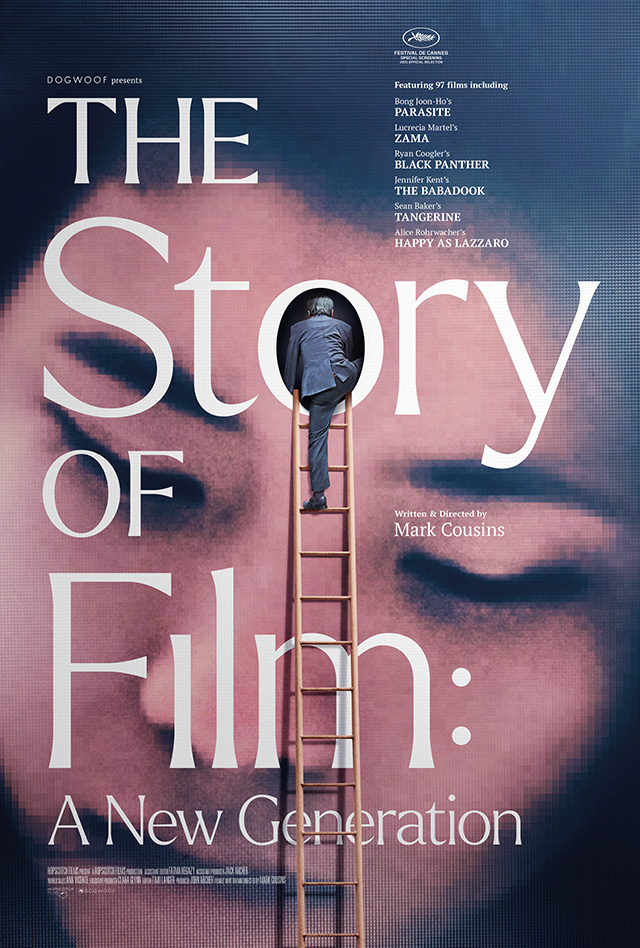 Classic TV show: I just started rewatching The Wire. I watched it for the first time a long time ago. It's so good. I think it's the best I've ever seen. The only shame is that I have it on old fashioned DVD, and HBO Max is still not available in the Netherlands. Hope it will be next year.

Recent TV show: Brieven aan de rest van Spanje. A Dutch documentary series from broadcaster VPRO and journalist Stef Biemans. He is a joy to watch, how he meets and discovers people and cultural habits of an amazing country. It's also really good to watch in rainy, dark, autumn weather.

We just locked the U.S. trailer for the new Paul Verhoeven film, Benedetta. It felt so special to work on it. Of course he's a great and famous Dutch director, so I know his work very well. But I also really connect with his fascination for religion, and the way he always tries to provoke and let you think about dogmas and how to break out of them. Benedetta is in that sense a true Verhoeven film. I love that! We were at the Dutch premiere, and it was special to watch it and see Paul Verhoeven there on home soil as well.

The Hand Of God, official teaser for the new Paolo Sorrentino film. Made at Mark Woollen and Associates.

Paolo Sorrentino films always blow me away, and so does the marketing for them. This teaser got me tearing up. It's a great piece of work! Can't wait to watch this film.

The Hand of God | Netflix

Most recently the trailers for Licorice Pizza, The Worst Person In The World and Last Night In Soho (first trailer!), showed a way back to subtle trailers that are heavily leaning on an amazing music track, with not too much tricks and sound design beside that. It's all about the craft of editing here and really working with the elements that the film offers. Timing picture, dialogue and music so absolutely wonderful. And if there is sound design it's subtle. Making room for the actual film to really shine. It is of course dependent on the kind of film. But I do love these trailers and they sure inspire me as an editor to go back to the basics.

I would have been a carpenter. The love of good tools that you can pick up and work with. Dirty hands. The smell of wood. With that in mind, I guess I miss never having been able to work with actual film behind a Moviola. The feel of the material you work with, I think that's something special. And maybe also something you always should have learned at film school.

With non-linear editing software it's so easy to renew stuff, and go back a few steps with a click on your keyboard. But the magic of linear editing was, I guess, that you had to think about steps so carefully. In that way it links back to the craft of being a carpenter. When you hit your chisel, it better be good.