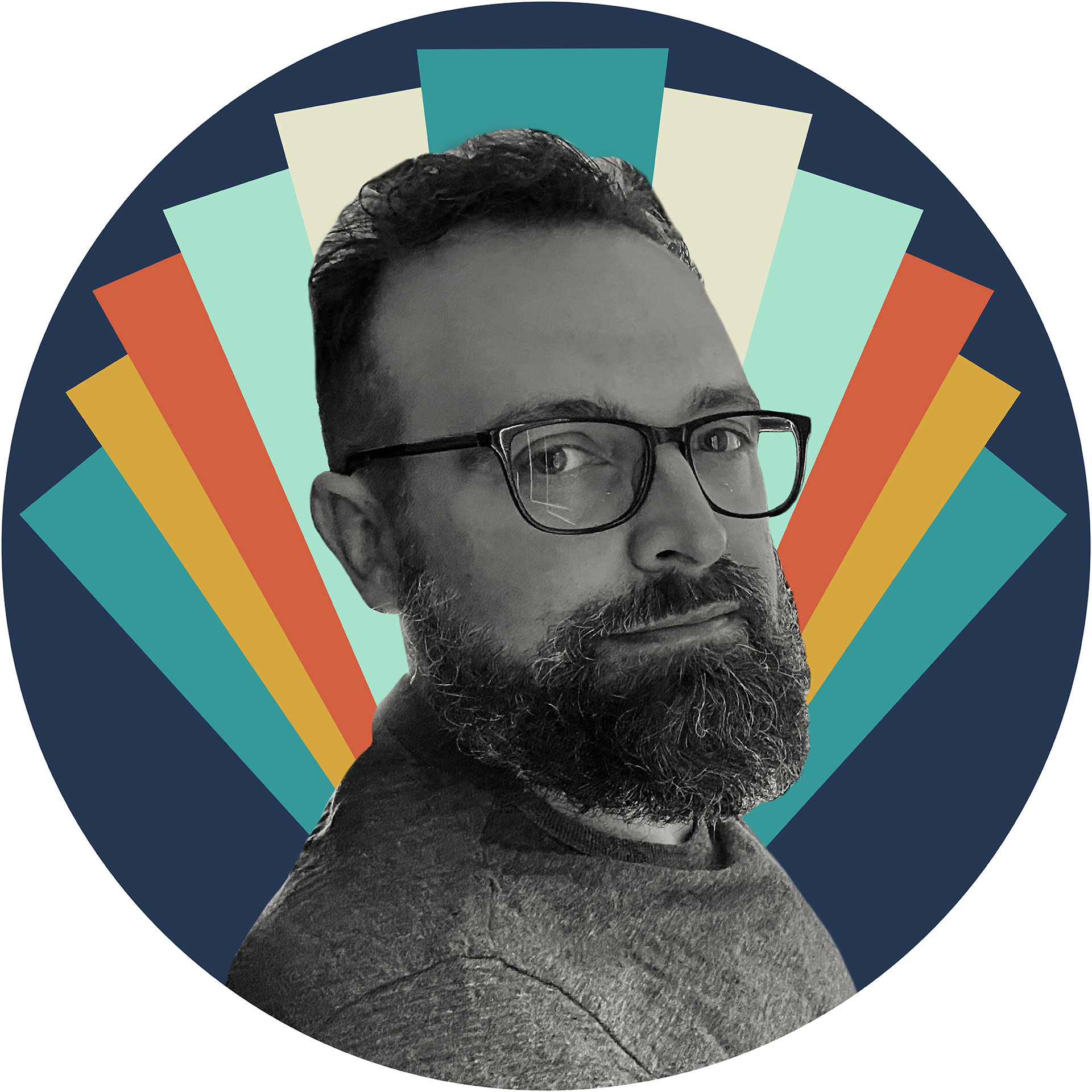 Paul Spencer is creative director at Ignition London where he spearheads campaigns for Universal, Amazon, Lionsgate, Studio Canal, Sky and eOne, among others. Having worked in and around movie trailers since the late 1990s, Paul came to prominence as an editor at the Creative Partnership in the early 2000s.

We spoke with Paul for our Backstory series, where we chat with folks in the entertainment industry about their creative inspirations and more.

I was born in the UK in the South London suburb of Beckenham. David Bowie was from there! It's where I grew up until I attended Birmingham University up the road in the West Midlands. After graduation, I spent most of my time either in London, or Dublin, Ireland, where I lived for several years. I now live permanently in the UK with my family in Kent.

My first job was as a post production runner in West London. From the beginning I loved the idea of pulling sound and imagery together in a way that could surprise or excite. I spent nights in the suites and taught myself to edit. After a few months, I was lucky enough to be made a junior editor and the love for the craft took off from there.

As an editor, it was always trailers for me. I say this a lot but in my view, no matter how brilliantly a trailer is put together, if you instantly forget it something is not working. My belief is that what you take away from a trailer is as important as what it presents you with. It’s how it makes you feel that is critical. A trailer needs a life beyond its runtime.

My journey with the craft of trailer editing began in multiple places but being given an opportunity as an editor at The Creative Partnership was certainly the start of my career in earnest.

It was here that I really engaged with the art of trailer making and met other like-minded professionals who helped me so much along the way.

A breakthrough career moment for me has to be my association with the Fast & Furious franchise. It has a life and energy that is profound both off- and on-screen.

I have worked on each international Fast & Furious release since 2011 and making a creative contribution to this global phenomena is definitely a career highlight.

What’s so fascinating from a trailer perspective is that Fast & Furious resonates in different ways in different regions. This gives us the opportunity to generate truly unique content that is tilted towards differing cultural sensibilities.

Over the last decade I have really seen how we can reach people in such diverse ways while still presenting creative totally consistent with the Fast & Furious brand.

Apocalypse Now. I first saw Apocalypse Now as a tween and I think to that point I had only considered movies in terms of their entertainment value. Coppola’s mesmerizing epic really opened my eyes to the filmmaking craft and introduced me to the idea of film as art.

This is still one of my all-time favorite movies and for me still represents a genuine masterpiece from a golden era in moviemaking.

Alien. I also saw Alien for the first time at an influential age and Ridley Scott’s unnerving and claustrophobic atmosphere really blew my mind. This masterful sci-fi horror really showed me how movies have the power to create worlds that transcend the boundaries of the film itself.

Trainspotting. Another film that had a really big influence on me, Trainspotting will always make my essentials list. Danny Boyle came up with something here which in my view was completely fresh and original.

With in camera tricks never seen before and an effortlessly cool soundtrack, Trainspotting is bursting with energy and humor and represents for me a darkly comic tale set against a backdrop which is so very deprived yet somehow aspirational at the same time.

It’s an obvious answer but I love this expression and I cannot imagine how many times I must have used it when faced with something that suddenly seems more daunting than expected.

Beyond that however, it really shows the power of movies and shows to transcend their own boundaries and live on in a different space entirely.

It’s very hard to choose but I’m going with the Comedian trailer from 2002.

When I first saw this trailer not only did I nearly choke with laughter but I realized how profoundly trailer forms must be in our popular zeitgeist for this piece to work.

A trailer that uses trailer tropes to mock itself is genius and Hal Douglas was a genuine legend.

I think what this trailer shows more than anything else is that by pushing on the boundaries of what a trailer sets out to achieve we can create things that are truly innovative and exciting but most importantly things that really are memorable.

Classic: Spaced. Written by Jessica Hynes and Simon Pegg and directed by Edgar Wright, I was massively influenced by this comedy series. The writing is flawless and the hyper real energetic style really does represent the foundations of Edgar’s incredible visual style. There was nothing like this for me when I first encountered it and it remains an absolute favorite.

Recent: Tales from the Loop. Written by Nathaniel Halpern and based on the book by Simon Stalenhag, I just loved the poetic tone of this bittersweet slice of science fiction. The host of big name directors involved is a huge draw too, along with some sublime performances.

"Dom’s Story" for Fast & Furious 9. I love this piece for so many reasons but mainly because Vin Diesel actually read the words we put together for him and that feels like something really special.  I cut this piece myself and it actually felt pretty emotional looking back at so many clips I’ve been so familiar with for so many years.

Dom’s journey is certainly an incredible one and having the opportunity to capture it in trailer form is truly wonderful. We were chuffed to bits too, that this trailer scored over 52 million views in China alone.

Someone else’s project that you admired recently and why.

This is hard too, there’s so much great and inspiring content out there but I’m going to go with the teaser trailer for Last Night in Soho. This piece really gives me goosebumps, there is an air of the surreal from the outset which gets so effectively under the skin.

I love all the choices on display here but my most favorite thing is the terrifying clicking of the light switches, it’s how this trailer really stays with you... especially when you’re on your way to bed at night.

One thing about how entertainment marketing is evolving that you are excited about.

I feel pretty certain that history will look at the era we live in as The Information Revolution. The ways in which we share information seem to be ever expanding and these in turn have opened up so many opportunities to share our creative endeavors with the world.

Just look at how imaginatively people have engaged with platforms like TikTok and how the content evolves and takes on a life of its own.

I’m excited to see where these new avenues will bring us and for the limitless possibilities that may well be just around the corner.

What would you be doing if you weren’t in entertainment marketing.

If I wasn’t in entertainment marketing I really hope I would be doing something in music. I love to do some composing of my own and I have a modest studio setup at my home. Every now and then I am lucky enough to get the opportunity to score a trailer.

I recently composed the music for a trailer which picked up an award at this year's GTAs. I love to think my score may have helped secure the win.