HBO's Steven Mosley on Between The World and Me, Breathless, and Black Employee Equity in Media

Plus, his directorial projects outside of work 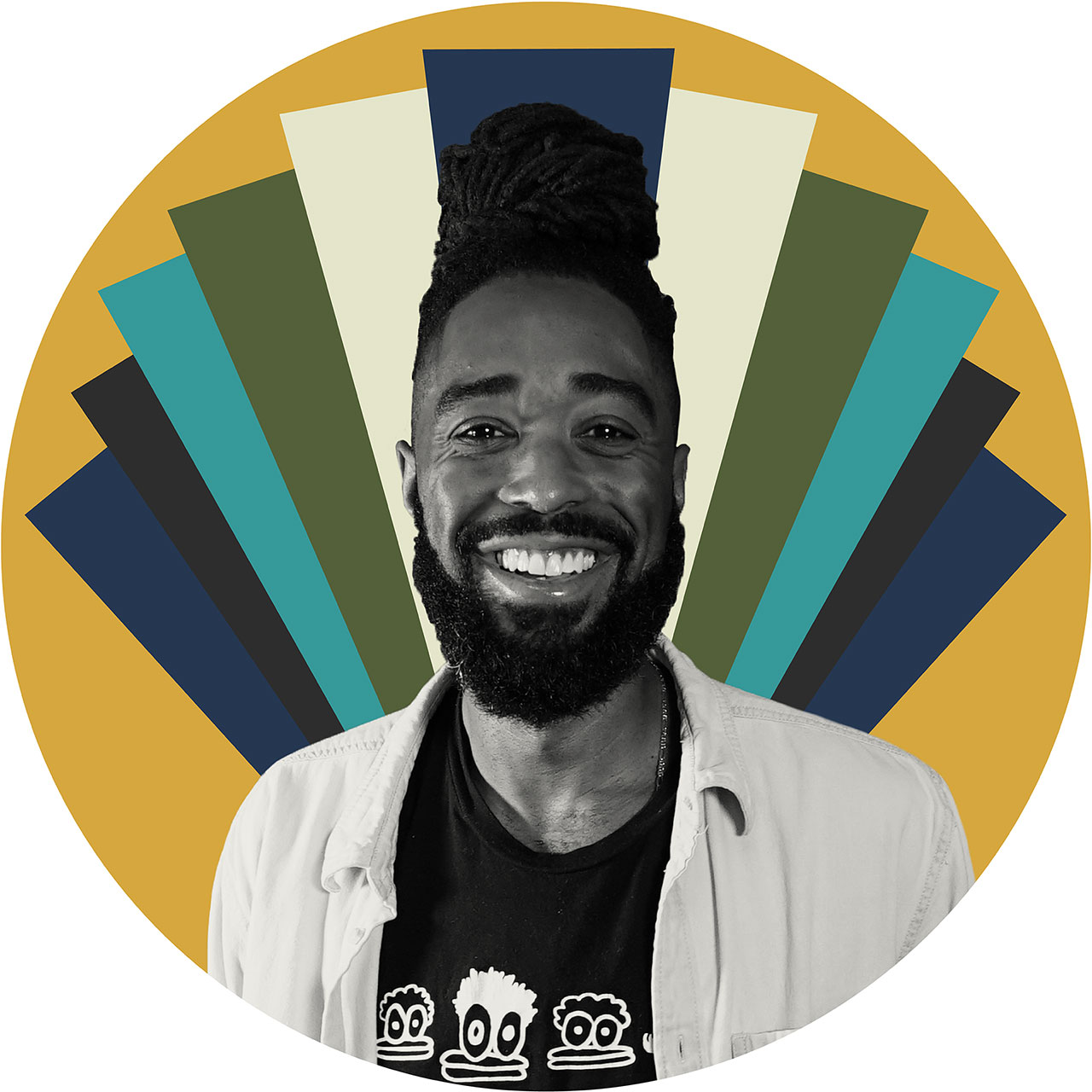 Steven Mosley is a producer, director, artist and associate creative director at HBO. With over 10 years of television experience, Steven has worked as a producer for several television brands—previously VH1, Lifetime, truTV and Cinemax—and has directed commercials featuring a range of celebrities from Heidi Klum to the Impractical Jokers.

When he's not in the office, Steven directs web series that have been featured in numerous film festivals. His most recent projects, New Heights and Going Both Ways, explore coping with anxiety and how we as humans comically flounder through life.

Steven lives in Jersey City, New Jersey. We spoke with him for our Backstory series, where we chat with folks in the entertainment industry about their creative inspirations and more.

My dad was a Navy officer, so I grew up all over costal U.S. Moving and living on military bases taught me how to make friends fast and feel comfortable in diverse environments (but it was also super sad losing friends every few years). We settled in Maryland (go Terps!). I've been living in the NYC area for the past 12 years.

My first television internship was in TV One's creative marketing department. It introduced me to the world of on-air promotions and taught me how to promote old, classic shows like Martin, but do it in a fresh, new way. TV One jaded my career because every marketing exec was Black with amazing careers and openness to mentor. As an intern, I had an amazing one-on-one with their former president Johnathan Rodgers (he covered the '68 Olympics Black Power salute for Sports Illustrated). Also, Idris Elba DJ'd the company's family cookout! I won a raffle duffle bag and Idris dapped me up. BIG SWOON.

Early in my career, while working at Centric (now BET HER) I was given a rare opportunity to direct the show open for an original program, Keeping Up with the Joneses. Up until then, I'd only directed very indie sketches and this was my first big-budget shoot. It was fun, exciting and totally overwhelming. I remember not really knowing how to direct reality-show talent, and my amazing supervisor Kesime Bernard stepped in with four words to get the most amazing performance from talent: "Easy Breezy Beautiful CoverGirl." It was a great learning experience that gave me the confidence to pursue directing for marketing and also for my own projects outside of work.

• Do The Right Thing. This film impactfully tackled issues that we still deal with today in an entertaining way—gentrification, police brutality and climate change.
• Moonlight. The score, the story, the shots! CMON! I was so moved by this film that I didn't want to move from my seat after the credits ended.
• The Matrix. I saw this in middle school with my dad, and we both were so stunned that we took off from school and work to watch the next two films in the trilogy when they were released (unfortunately, the sequels didn't live up to the original).

"Neither the flower nor the insect will ever understand the significance of their lovemaking. I mean, how could they know that because of their little dance the world lives? But it does. By simply doing what they're designed to do, something large and magnificent happens. In this sense they show us how to live—how the only barometer you have is your heart. How, when you spot your flower, you can't let anything get in your way." —Adaptation

Breathless. It simply tells the story and easily communicates an experimental foreign film in an accessible yet avant-garde way. Godard also did this effectively for the Contempt trailer. It's kind of like he's making fun of how overtly artistic his films are by doing such an over-the-top unusual and silly marketing sell.

The Sopranos and Atlanta.

Going Both Ways, an indie web series I directed, recently screened and won best web series at the Big Apple Film Festival. It's great to have the opportunity to be creative with friends and make narrative comedy. Great change of pace from promoting other people's art. Was also cool seeing it screen in a drive-in theater. We were initially bummed because Covid has made the festival circuit less communal, but there is nothing better than hearing laughs from the car next to you.

At HBO, I'm incredibly proud of our collaboration with the Buck creative team led by Kenesha Sneed to kick off the marketing campaign for Between the World and Me. The film was still in production when we started, so we had no footage to work with. Inspired by Ta-Nehisi Coates's poignant and powerful words, my creative partner Montres Henderson and I developed an animated teaser about a Black boy's journey of protest throughout the history of America.

I feel fortunate to have worked on a story that is not only important, but also deeply personal. We are grateful to the film's director, Kamilah Forbes, and producer, Alisa Payne, for their guidance and inspiration throughout the marketing process.

I'm cautiously optimistic about corporate responsibility when it comes to Black employee equity. With the national conversation centering on the Black Lives Matter movement, we've seen almost every media company publicly proclaiming that Black lives matter. But what does Black equity look like in the workplace?

Implicit bias and racism have gone unchecked in corporate America for far too long. Black people have not been able to be substantially represented in decision-making rooms. We need to look at Black job retention and corporate mobility to get Black people in positions of power. If we don't address these issues, all of this talk is performative, using Blackness to generate corporate wealth at the expense and safety of Black employees.

Black employees at HBO have been fighting for this change, but the burden shouldn't be on marginalized folks to fix these problems. White allies in power need to champion this cause of true inclusion and equity. The listening and understanding phase of this conversation has passed—it's time for real sustainable action.