Also, the Gordita Chronicles, the 'Us' trailer and evolving social media platforms 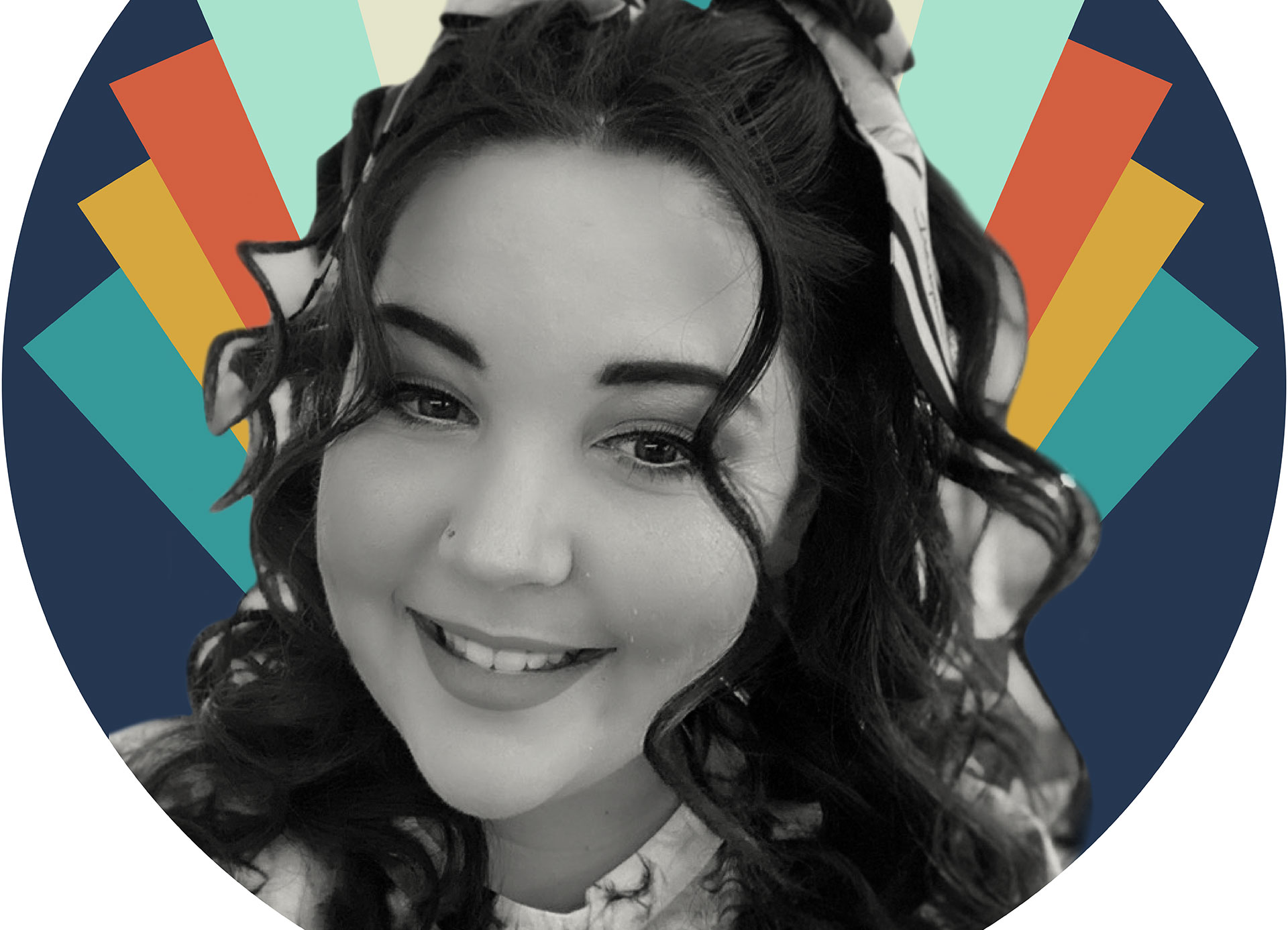 Mikki Bennett discovered her love for film in a high school broadcast course, followed by her acceptance into the very first class of Blue Valley's Center for Advanced Professional Studies for filmmaking.

In this program, she worked with local businesses to create promotional videos. One particular project with a local bank triggered her career path. She created a spoof movie trailer to promote a credit card. Upon completing that project, Mikki had a lightbulb moment—THIS is what she was meant to do, trailers were her happy place and she was going to move to California and pursue editing movie trailers.

Mikki's passions changed from movies to television and streaming, from editing to producing, from agency-side to client-side, and eventually from trailers to full 360 creative. While working at Buddha Jones, an opportunity on the HBO Max Originals marketing team opened up that she could not resist.

We spoke with Mikki for our Backstory series, where we chat with folks in the entertainment industry about their creative inspirations and more.

I grew up in Overland Park, Kansas. I've been in Los Angeles, California, for just about eight years.

Well, I worked one day as a PA but I don't really count that much! So I'd say it was editing court television shows at Entertainment Studios. I found the job post on Craigslist, it was a super vague full time editor posting—so I applied and had no clue what I was showing up to at the interview. I didn't know the company name, genre of content or anything. I'd be lying if I didn't say I was expecting to arrive and walk into a pornography set. But much to my surprise, it was Court TV! Ended up being the most incredible first gig and experience learning what goes into long form editing and television shows.

When I was in high school, after I had that light bulb moment where I figured out exactly what I (thought that I) wanted to do—edit movie trailers, I started Googling to think on more specifics with that goal. Fairly quickly into my searches, I stumbled upon Trailer Park's website and set that as my North Star. When moving to L.A., I'd see that neon sign on Hollywood Boulevard taunting me, teasing me. So when I got a job offer from them, it was a literal dream come true. I couldn't believe it. And it set me on my path to discovering where I fit in this crazy entertainment marketing world and spiraling deeper into television and streaming content. Not to mention, it is where I made countless lifelong friends and some of the most valuable connections!

Moulin Rouge. I mean if Ewan McGregor in this film alone isn't enough of a reason, I don’t know what is! But really, this has just always been my absolute favorite movie. The magic of Baz Luhrmann's direction, the music, the emotion, it's number one for me, no question. But I will admit, I end the movie when the curtain closes and pretend they live happily ever after.

Airplane! One of the most absurd movies of all time with the most quotable slapstick moments. It never fails to crack me up.

The Holiday. My go-to holiday season movie for so many reasons. But of course, the most important was that this movie helped me justify my dreams when people in Kansas would ask me why I would ever focus on trailers and not just movies, skeptical that it could even be a successful career. I'd point them to this movie and tell them to pay extra attention to Cameron Diaz's character!

"Life moves pretty fast. If you don't stop and look around once in a while, you could miss it."—Ferris Beuller’s Day Off

An obviously iconic character and movie, this quote has always resonated with me. I actually was able to spin part of this line into a fun tagline and work with an incredible team (at HBO Max + Greenlight Creative) to spoof this in a piece of key art for Gordita Chronicles that just came out. While we were finishing the key art, I went on vacation to Cancun and my hotel room had the quote on the wall too. Meant to be? I think yes. 😉 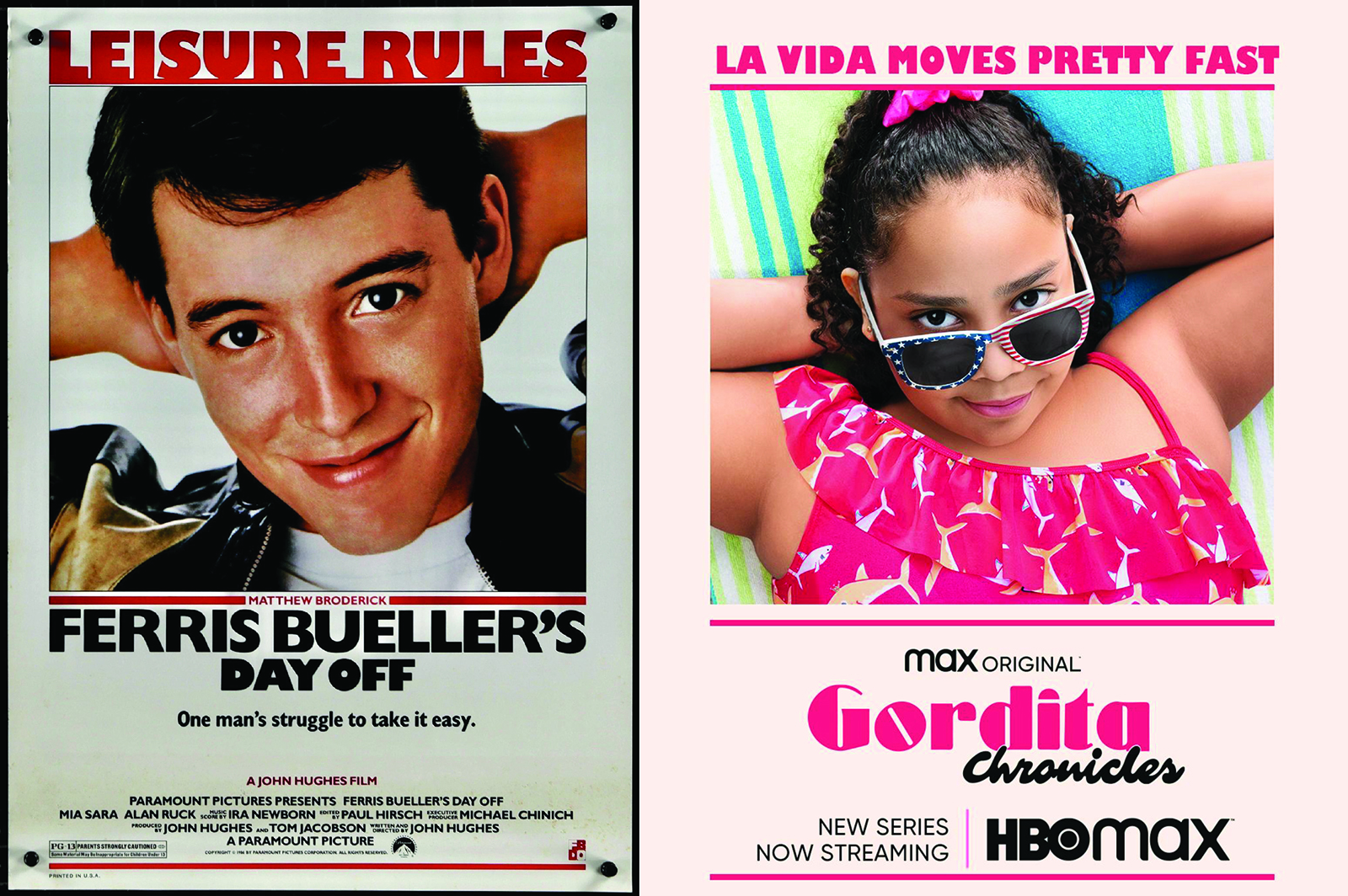 I'm sure I'm not the first to give this answer, but the trailer for "Us." The chills intertwined with inevitable head bops from the music bed is sure to stick with you after viewing. BRB, going to go sing "I Got 5 on It" to myself for the rest of the day now.

Classic: Impossible to choose one but my cycle of re-binges is most filled with Friends, The Office and New Girl.

Recent: Putting anything I've worked on aside, and I've got to say Yellowjackets. It had me on the edge of my seat and excited for every week's new episode. Killer cast, great twists, super different approach to a seemingly done plane crash concept. All around, YES. Bring on season two ASAP please, Showtime.

I'm most proud of my work on Minx. In these dark times for reproductive rights and overall human rights, a show that has such a strong feminist voice is immensely important. But it's done in such a playful way that it's still an easy watch with some valuable messages! Not to mention that it was the largest campaign I've gotten to lead, as well as my first with a full social campaign.

Following a hefty re-org on the HBO Max Originals team, I inherited this campaign at the beginning of it—jumping in to join the key art photo shoot and AV shoot. From there, we got to collaborate closely with so many incredibly talented people internally and externally, but it was a little extra special to me because we brought in my team from Buddha Jones to work on social with us. Throughout the campaign, we got to connect with the incredible cast, notable producers, and so many brilliant creatives to develop some cheeky key art, AV, digital and social content.

We build out the @MinxOnMax Instagram handle, complete with character centerfolds for the main characters (an example in-feed) of the show and all sorts of fun assets. Some other favorites being our weekly Now Streaming and the Minx in Progress, giving a peek to audiences of what's to come in that week's episodes but designed in a way that it feels like it could be in-world on the drafting tables of Bottom Dollar Publications. And of course, the trailer and some really fun extra content pieces executed by our amazing Creative Services team. All around, this show was just an absolute blast that opened up a playground for us to write sexual puns, highlight a wonderfully diverse cast and amplify feminist voices!

This is easy!! When that Hacks Season 2 teaser dropped, I probably watched it 10 times that day and then anytime I needed a pick-me-up afterwards. The pacing, music, perfectly picked sound-ups and entire tone of the piece was INCREDIBLE. Bravo, Hacks team. I'm still fully obsessed.

While the social media component of creative campaigns is still fairly new to me, I'm excited to continue learning and adapting as social platforms do so! Nothing makes me feel older than trying to keep up with TikTok trends, but it's also so intriguing to me. The ever-evolving world that is social is one that I'm very enthused about following and trying to innovate our creative to align with those changes and new developments in various social spaces. The possibilities are endless!

My first dream was to do makeup. I ended up following that dream a bit, as I worked at a Clinique counter as a makeup consultant during college. I seriously considered trying to mesh my two passions into one and pursue makeup artistry for movies and television. Ultimately, one dream won over the other but this would have been my other route, no doubt.