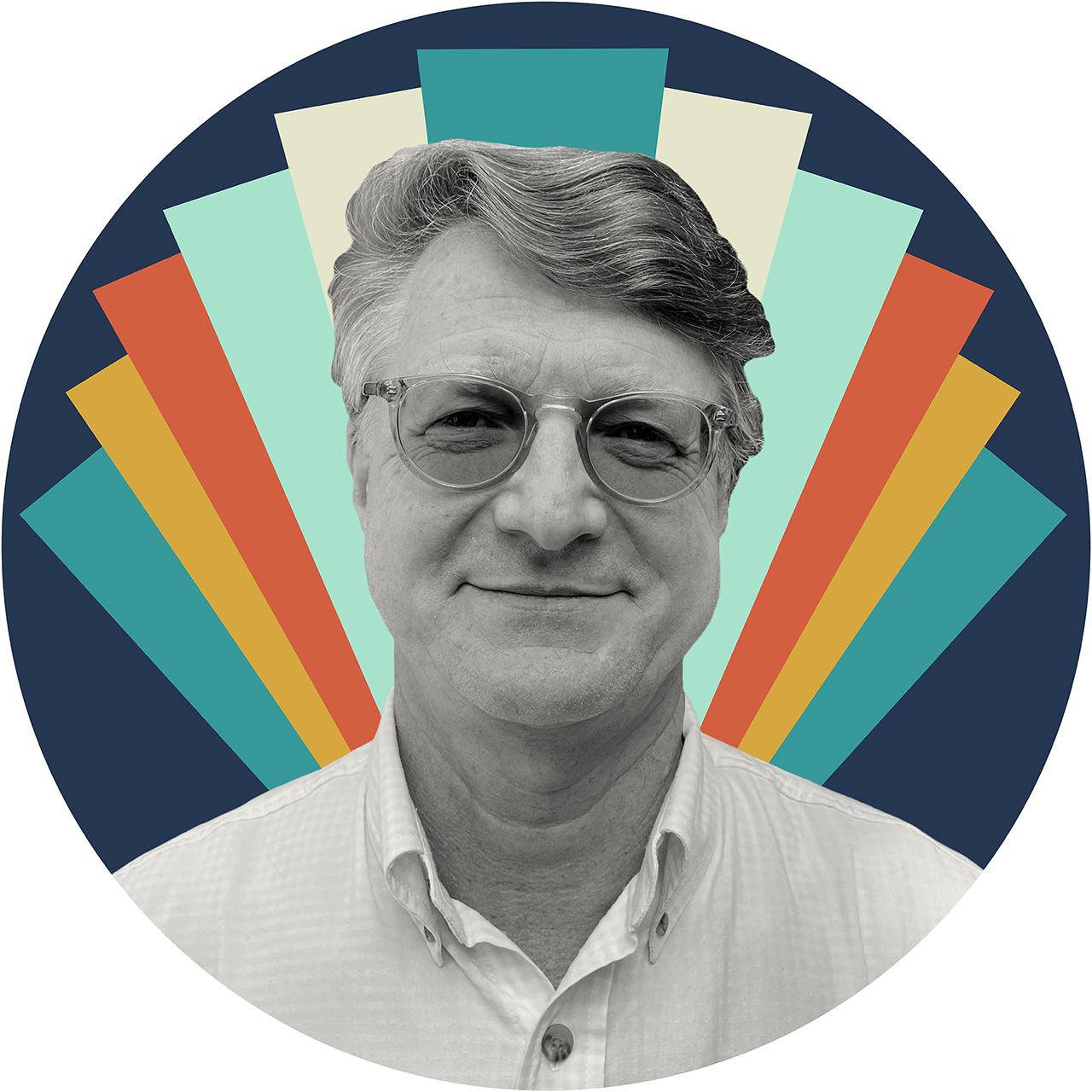 Since 1977, Dwight Cleveland's passionate hobby has been collecting vintage film posters. Originally hooked by 1930s art deco styled lobby cards, he expanded to big paper after a nine month trip in 1985 circumnavigating the globe. That was a game changer, as he was exposed for the first time to what he considers, in many cases, the "superior graphics" of foreign posters.

Dwight's collection now includes landmark posters from 37 countries. Most of what he owns is one-of-a-kind or one of a small handful. There is only a one percent overlap with the Academy of Motion Picture Arts and Sciences' collection. A 2019 exhibition of Dwight's collection at the Norton Museum of Art in West Palm Beach, Florida, was the very first time "classic" film posters were highlighted in a solo show at a museum of that magnitude.

The French art publisher Assouline released Dwight's book, Cinema on Paper: The Graphic Genius of Movie Posters, later that same year. In it, he displays 100 of his favorites with short, informative commentary.

Black Lives Matter and #MeToo inspired Dwight to reposition his collection around silent film lobby cards representing films where women and other underrepresented communities played pivotal roles behind the camera. A subset of this collection, Behind The Camera: The Unknown Women of Hollywood, will be on display in 2022 at Poster House in New York.

By day since 1987, Dwight has been renovating single family homes on the near north side of Chicago through his company Longstreet Renovation & Development.

We spoke with Dwight for our Backstory series, where we chat with folks in the entertainment industry about their creative inspirations and more.

Born in Bronxville, New York, and now living in Chicago.

I actually have never had a job in the movie biz nor in the art world. I must have been an artist's apprentice in an earlier life. The closest I ever came was film appreciation in college from Andrew Sarris, the film critic at the Village Voice at the time.

My "love at first sight" moment happened the spring term of high school in North Andover, Massachusetts, when the art teacher at my high school flipped through some vintage lobby cards he had salvaged from a fire at a fellow collector's house. One in particular—Wolf Song from 1929 with Lupe Vélez and Gary Cooper—reached out and grabbed me and demanded: "Spend the rest of your life and all your money saving me and my like-kind!" And I have done just that! Collecting film posters has been my drug of choice ever since.

The Awful Truth, directed by Leo McCarey and starring Irene Dunne and Cary Grant. This is the definitive romantic comedy for me and my wife. We first saw it at Theatre 80 on St. Marks Place in the East Village while dating after college. It was on a double bill with, of course, It Happened One Night, but this is our favorite by far.

Singin' in the Rain is simply the most uplifting and entertaining musical ever made. It is the perfect blend between casting, script, musical numbers, story development and ... a commentary on the film biz.

After that, it's really difficult to narrow it down except by film genre or to simply to say "the last film I saw." The Maltese Falcon is great because it's about obsessive collectors, of which I am a guilty. Sydney Greenstreet, Peter Lorre and Mary Astor go further in their pursuit than I ever have (but only by a bit).

There are so many other greats, the usual Casablanca, Citizen Kane, The Mummy (my favorite Universal horror), Detour (my favorite noir), The Searchers (my favorite Western). I also love Beverly Hills Cop, Die Hard and The Terminator ... Pulp Fiction, American Psycho, Slumdog Millionaire. I could keep going...

I grew up at a time when you could only watch a show at a given time once a week. As a non-conformist, I never bought into anything, except perhaps Gilligan's Island and Hogan's Heroes when I was a kid. In college, I liked coming home late and watching Johnny Carson, and then Dave Letterman, primarily for the monologues and opening jokes. Later, Joan Rivers' fashion variations. We still record SNL, but just for Weekend Update.

The exhibition of my collection at the Norton Museum of Art in West Palm Beach in 2019 was the first time "classic" movie posters were given such a well-respected forum, and the publication of my book by Assouline are definite highlights because they have helped elevate the art form to a level never before reached. But the exhibition next year at Poster House in New York on my subsection of women behind the camera in silent cinema is probably what I'm most proud of.

There are only a few scholars worldwide who have even heard of some of the 1,000 individuals on my list, and inexplicably, virtually none of these names have ever been studied. So this show will highlight women who have not gotten the recognition they deserve. Most folks in the industry don't know how fundamental these women were to the development of the cinema business as we know it. Hopefully this exhibition will get that narrative steam rolling and lead to all their individual stories being told.

The bittersweet truth for poster collectors is that technology has changed the balance of power in movie advertising. At the advent of cinema, 100 percent of the ad budget went into paper. Now, digital has absorbed most of that budget as the way movies are advertised in such dramatic venues, even disrupting the simple definition of watching a movie.

The first commonly used trailers were actually "Coming Attraction" glass slides that were flashed on screen prior to the feature film, along with advertising for local retailers. But what we're talking about globally here is promotion and it's really a testament to the skill set of the artists creating these materials that they can effectively reduce the essence of a 90-minute movie onto a single sheet of paper or into a two-minute trailer. They both act as a tease to get us all to see more movies, and that's where the true magic is.

Collecting movie posters has been my hobby and avocation since 1977—a side hustle if you will. My real life job is renovating historic single family homes on the near north side of Chicago. I've been infinitely blessed with being able to pursue them both simultaneously for almost half a century. Having a dedicated spouse like I do has been essential.