Erica Coates on A Star Is Born, The Queen's Gambit, and the Remaking of Entertainment Marketing

Our chat with the COO at MOCEAN 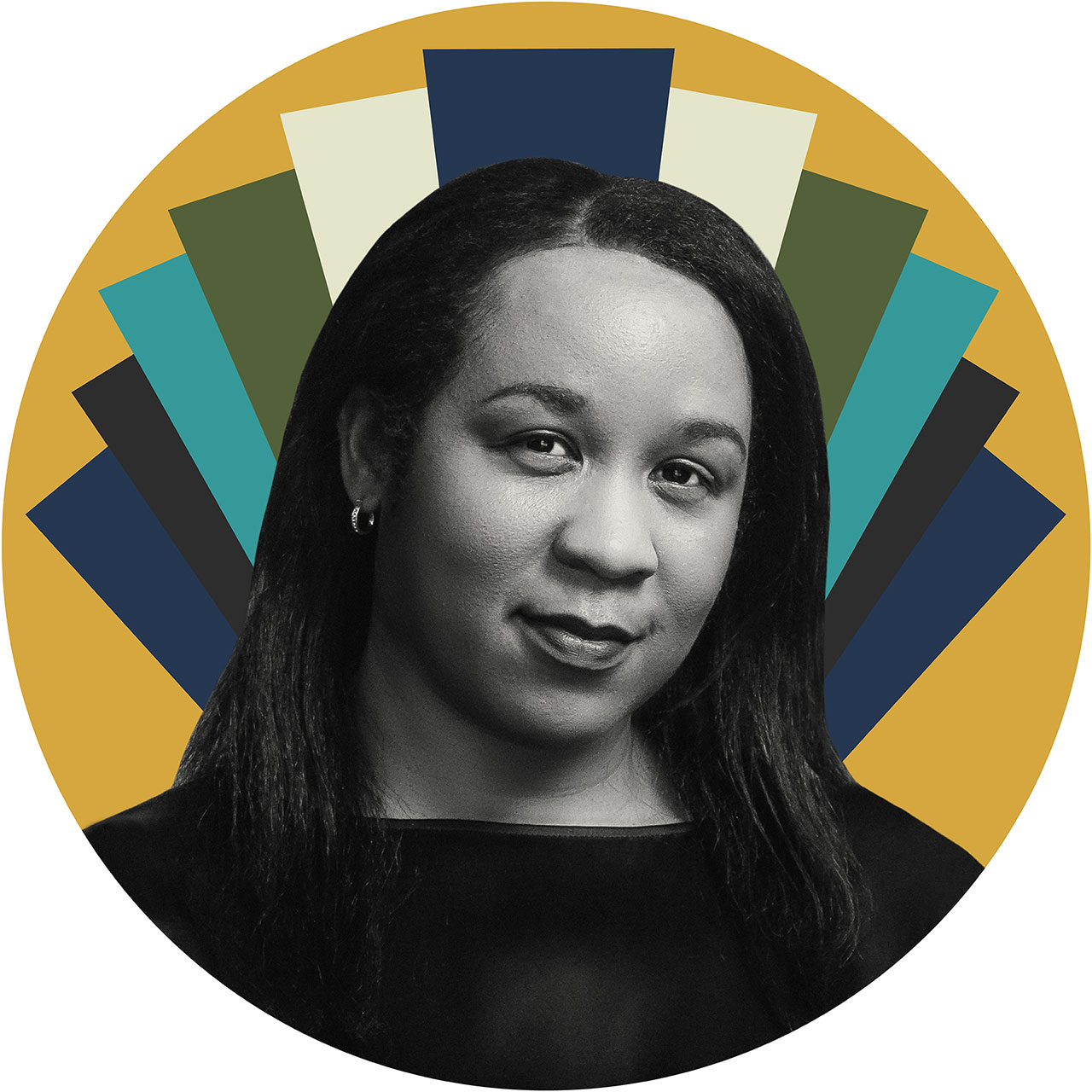 As chief operating officer of MOCEAN, Erica Coates brings 15-plus years of entertainment and brand experience to help the agency stay ahead of the pack by tracking consumer trends, developing new capabilities, and finding innovative ways to build fandom for clients like Disney, HBO, Nintendo, Amazon, Netflix and Hulu.

Erica has extensive experience with some of the top agencies and media companies, with prior roles at Digital Kitchen, Sony Pictures, Comcast Networks, AOL Video Networks and NBC. She also holds a master's degree in media management from The New School.

We spoke with Erica for our Backstory series, where we chat with folks in the entertainment industry about their creative inspirations and more.

I was born in Chicago, but I'm a military brat and I've lived all over the country from Fayetteville, N.C., to San Francisco, and now I reside in beautiful West L.A.

I was as a copywriter at a boutique agency in Chicago, but I've dotted all over the biz. My first job in L.A. was at G4 as a creative producer and music scout for Attack of the Show! It was the best job for a 20-something ... going to bars and clubs to hear up-and-coming bands, but my best gets were Pitbull and Death Cab for Cutie.

When I realized I was much stronger as a connector of people than as a creative. I was always complimented on my writing, and I was better than most at it (even winning awards), but when I became a producer and was facilitating the genius of creatives more talented than I was, that's when I sparked. I never tired of crunching a budget, figuring out how to massage a schedule to make something fantastic possible, or helping two creatives see eye to eye to collaborate. I realized that producing and facilitating was my passion.

Eve's Bayou. It was a beautifully cinematic film with mysterious themes, rich with Creole/Bayou culture and amazing performances. I think it may be one of the first adult-themed films that I saw, and it really caused me to analyze a film beyond what I saw played out before me.

Amélie. I love the winsome whimsy and no-limit, imaginative canvas. Audrey Tautou was genius yet effortless in the role. You just wanted to escape into her world forever.

Black Panther. It marries the Marvel universe with rich African culture and a regal, principled hero who was so easy to root for. It was a celebration of humankind at its best.

I know you probably want something profound and insightful, but sometimes you just want to have fun. I love superhero movies, and the Batman franchise with Christian Bale is one my favorites. My favorite movie quote is actually delivered by his nemesis Bane in The Dark Knight Rises. It's delivered so well by Tom Hardy, you quake with fear and feel sheer panic for Bruce Wayne's fate.

"Oh, you think darkness is your ally. But you merely adopted the dark; I was born in it, molded by it. I didn't see the light until I was already a man, by then it was nothing to me but BLINDING! The shadows betray you, because they belong to me!"

My favorite movie poster is The Silence of the Lambs. The artwork is so simple yet chilling at the same time. It was years before I realized the hidden imagery in the moth's body. It is the first poster that really arrested my gaze. There are so many other beautiful pieces of art that have been created to promote films, but this one imprinted on me for sure. 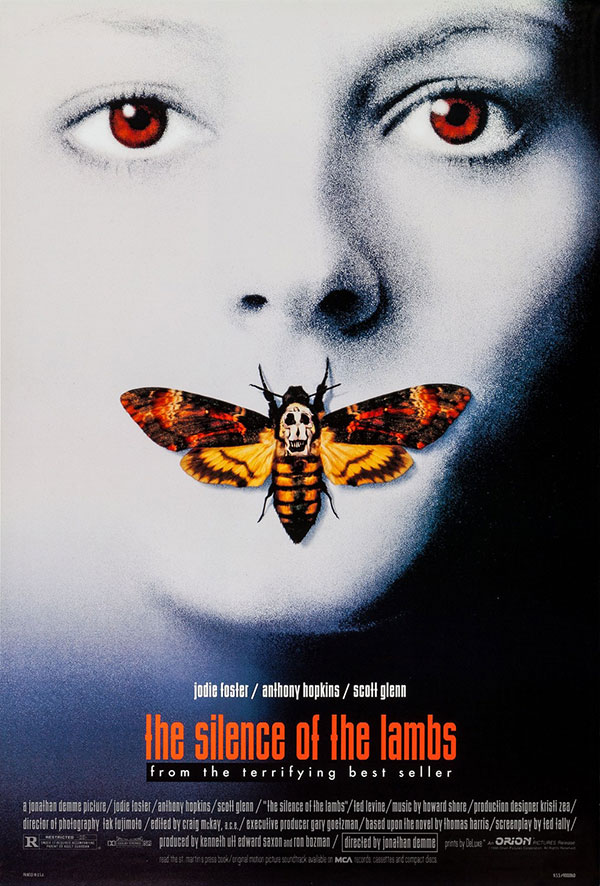 I know it's somewhat taboo to admit now because of the controversy surrounding Bill Cosby, but it doesn't make my next statement any less true or the profound importance this show had on my life. My favorite classic TV show is The Cosby Show. It's talked about how representation is so important, and it really is. Every week I'd watch the show with my family and laugh at the antics of the family and their silly dad Heathcliff. Learn the poignant lessons from the experiences of the kids and for me, as a young kid, it was also my first lesson on Black culture … the art, the music, literature, and of course fashion. There was nowhere else in my life that I received this immersion in a rich, proud culture or even see myself reflected in a TV show or film. The show was aspirational and relatable at the same time. I felt like my experience was reflected in a positive and accepting way and also left room for an ambition to realize this idyllic family of super achievers, who were witty, kind and most of all loved each other and their community.

We have so many incredible options, it's hard to choose just one. So I will share my favorite that I am currently watching and recommending to friends. The Queen's Gambit on Netflix is a must-see. I love period fiction. The story is so well written and the protagonist's struggle is told with such nuanced and compelling storytelling. It really watches like a movie. Anya Taylor-Joy's performance alone is worth your time. She has a menagerie of characters performed by extremely talented castmates to play off of as well.

In my position, that is a very loaded question, so I will respond that I love all of my children equally.

A Star is Born trailer by Mark Woollen & Associates. As much as I enjoy the heart-pounding whiz-bang trailer, this piece was truly risky and innovative. It distilled the essence of the film into this tender moment that just slowly drew you in. In a world with a millisecond attention span, this campaign was refreshing and compelling and won them a well-deserved Clio.

We are currently redefining what entertainment marketing is. The conventional norm is being turned on its head right now due to the pandemic, and we are finding audiences in new places and finding new ways to connect with them. And we are sharing in conversations versus just talking at them. The pandemic accelerated what was already trending, but I'm still intrigued by the notion of what our industry will look like in three to five years because right now there is no predicting, so the ride will be exhilarating. For someone who is naturally curious and loves a challenge, this is the best place to be.

From 2nd grade, I always knew that I would be telling stories. I've been a journalist, a documentarian, a hawker of wares, a facilitator of creative and a connector of audiences to their fandoms, but always a storyteller.