Barbara Glazer on Her Brilliant Career in Entertainment Marketing 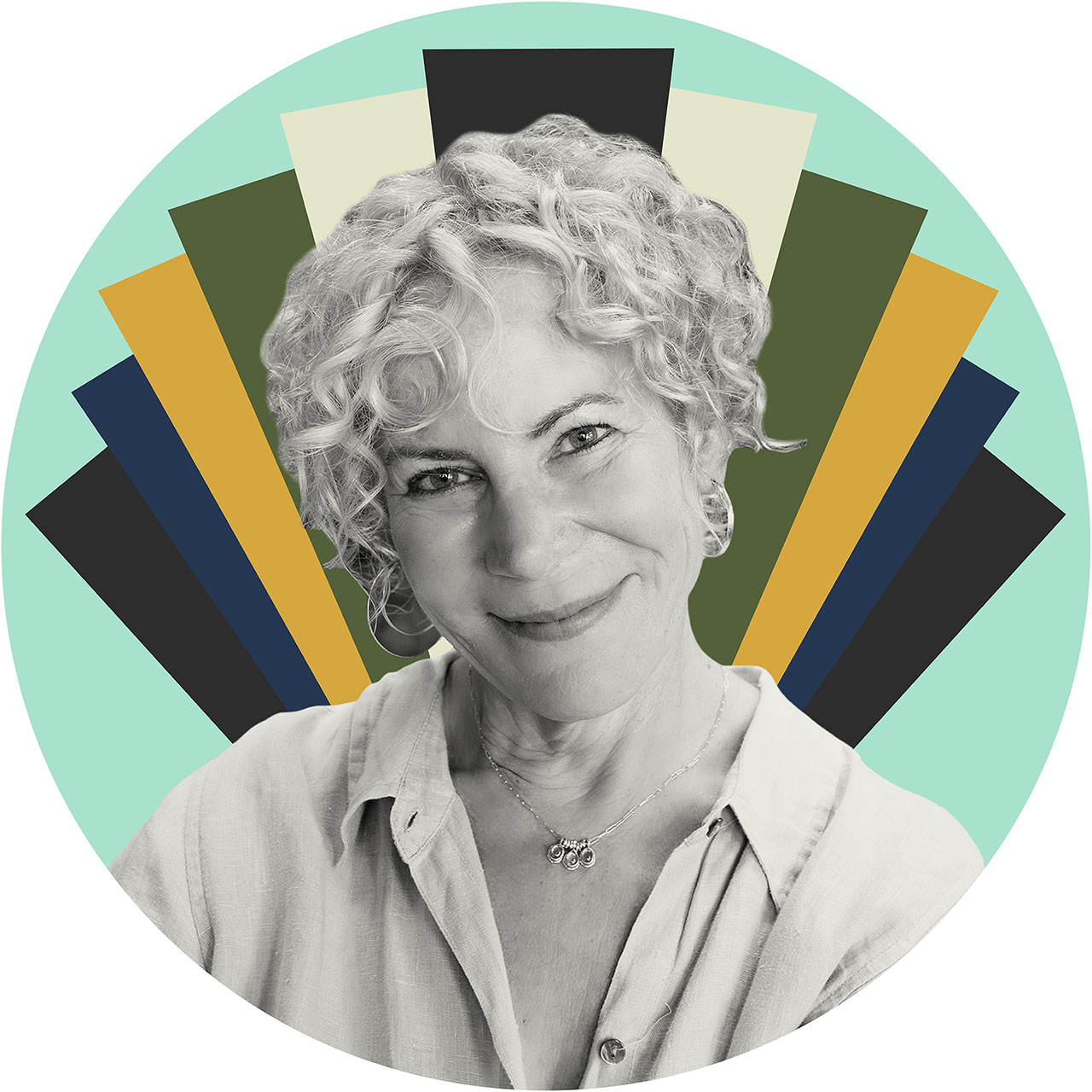 Barbara Glazer began her editing career on film working on documentaries. Through that job, she met Tony Silver and eventually migrated from docs to working full time for Tony cutting trailers and TV spots. Among her early work is the trailer for Oliver Stone's Academy Award-winning film Platoon. Glazer continued to expand her creative skills to become supervising editor, then producer and, ultimately, a partner in what became Silver/Glazer Films.

In 1991, Silver/Glazer relocated from New York to Los Angeles, where, over the next several years, the company gained acclaim for its work on prestige releases like Sense and Sensibility, Little Women, Seven Years in Tibet, Boogie Nights and The Remains of the Day.

Wanting to widen her creative and business horizons, Barbara moved on from Silver/Glazer to partner with Mike Greenfeld as co-founders of the Ant Farm in 1997. In less than five years it became one of the most successful creative agencies in movie marketing. Overseeing a staff of 160 people, Glazer nurtured and cultivated editorial talent, motivated and inspired those around her, and relentlessly and passionately worked to produce the best materials for every campaign she worked on. With her intuitive understanding of the viewing public, she became known as a producer who blended strategic thinking with creative instincts. Her campaigns are as varied as The Lord of the Rings trilogy, The Sixth Sense, Charlie and the Chocolate Factory, Pearl Harbor, Sideways, National Treasure, Love Actually, the Pirates of the Caribbean trilogy, and Kill Bill.

In 2002, while still at the Ant Farm, Glazer, Greenfeld and some of their competitors founded Picture Head. Capitalizing on the need for a high-end, quality post house that specialized in short-form marketing materials, Picture Head continues to grow and prosper. Its success enabled the owners to expand into more specialized areas of postproduction, opening Formosa Sound in 2013 and Picture Shop in 2016. The three companies collectively work in all areas and formats of postproduction and currently have a worldwide footprint.

Glazer left the Ant Farm in 2007, staying five years after the company was sold to DDB. Over the years since she has consulted at studios and during 2020 produced marketing materials for the presidential election. Much of her time now is dedicated to non-profit work for A PLACE CALLED HOME, an organization whose mission is to empower and uplift the lives of at-risk youth. Glazer has been on the APCH Board for close to 10 years and just recently stepped down from her role as chair of the board. She is currently a member of The Motion Picture Academy.

We spoke with Barbara for our Backstory series, where we chat with folks in the entertainment industry about their creative inspirations and more.

If you hear me talk, you can pretty much guess that I'm from New York. I was born in Brooklyn, raised in Staten Island, and I escaped to Manhattan at 18. I lived in the East Village in the '80s, which was the scuzziest and hippest place in the city, home to artists, misfits and rebels. I fit right in.

By 1991, most of the studio marketing departments had moved to Los Angeles and it became obvious that to stay in the game I needed to move, too. I moved to Venice (loved it!!) and stayed there for 10 years. Now I live in the Hollywood Hills, and that's pretty great too.

When I graduated film school, I landed a three-month, non-paid apprenticeship at a documentary editorial house called Valkhn Films. I fast-tracked from apprentice to assistant to editor because I was cheap and a fast learner. And I was obsessed. While I was working there, Tony Silver was a client working on a documentary called Style Wars. He also produced trailers to pay the bills. In 1982, he brought the trailer for The Dead Zone to Valkhn and I was assigned to assist the owner Victor Kanefsky. I ended up cutting the Dead Zone trailer myself on a Moviola upright, in film … a very different world than digital editing. Over the next three years Victor would rent me out to Tony. Eventually I joined Tony, becoming his primary editor, then producer and eventually partner.

I tend to think of my career in two parts. Part one is my success as an editor in New York. The reception I received for cutting the Platoon trailer was so gratifying. We were awarded a Clio before Clio bought the Key Art Awards and really got into the business of entertainment marketing. Going to the award reception made me feel like I had finally arrived in the big time. Honestly, I was oblivious to what was happening on the West Coast.

Part two starts when I left Tony Silver after 15 years and joined Mike Greenfeld to start the Ant Farm. Every moment building the Ant Farm felt like a mini breakthrough, but I think when I got a call to go to New Zealand and meet with Peter Jackson to work on The Lord of the Rings, I knew I had really succeeded.

Any question that asks me to rate movies is really difficult. I have a hard time voting for the Academy Awards for this reason.

But here it goes … my guilty pleasure movie is The Proposal. I don't even know if it's a good movie, but it makes me smile and laugh every single time I see it and I've seen it many, many times. Betty White and Sandra Bullock dancing in the woods is pure genius to me. The Strip Club!!!!! I could go on and on, and yes, I have a crush on Ryan Reynolds.

Then pick almost any movie from Quentin Tarantino, but I guess if I had to really focus on one I would say Pulp Fiction. It completely changed storytelling and it is woven together so perfectly with seamless shifts in tone.

I feel the same way about both Boogie Nights and Magnolia. Paul Thomas Anderson is an exciting, master storyteller, and both have such interesting characters, incredible acting and amazing soundtracks.

Of course every line from every movie I've ever worked on is stuck in my head … I find myself quoting many of them unconsciously. But one movie and line I love and can relate to is from Postcards from the Edge, which unfortunately I did not work on. Meryl Streep's character says, "Instant gratification takes too long." … Yes, I can be impatient!

It's almost cliché to say it now, but like many people I think the Alien teaser is still one of the best pieces of creative advertising. When I started with Tony Silver it was still an active piece on his reel and I looked at it endlessly. The concept, the editing, the music, the copy line. All perfect. Special shoot teasers were really big in those days. I am not sure if testing is what killed them, but it was a great opportunity to be wildly creative.

What aren't I watching? That's the beauty of not actively working anymore. Lots of time for streaming. As I write this I'm loving Bad Sisters. It's a great dark comedy that gets pretty serious and emotional. All the characters are really individualized and well drawn.

A project you worked on that you are proud of.

When we got The Sixth Sense, no one at Disney could predict what a hit they had. Art Mondrala cut an exquisite trailer, and when the studio saw it they knew they had gold. I feel like we developed the M. Night Shyamalan brand with our work on The Sixth Sense, Unbreakable and Signs. All three of those campaigns make me really proud.

I was blown away by the TÁR trailer that Giaronomo produced. The sense of mystery and tension. How uneasy it makes you feel. The use of music and sound design. Every once in a while I see something and wish that I had done it. This is one of those times.

One thing about how entertainment marketing is evolving that you are excited about.

For me, it's about the people who are doing the work. So many different voices are speaking up and having an impact. Especially the presence of females on both the agency and studio side. I could never have imagined a group like Soapbox Women existing when I started in this field. Obviously there's still work to be done, but this business is so much more inclusive than it was 15 years ago.

What you would have done if you weren't in entertainment marketing.

Well, I would still be living in New York, and I suppose I would've pursued the documentary world. Documentaries and making trailers have so much in common because most times the story is created in the cutting room. It would not have been as profitable, but it would have been still fun, interesting and challenging.