And/Or's Kelli Miller on Rushmore, Watchmen and the Flood of Entertainment Content Today

Her creative journey in motion graphics and title sequences 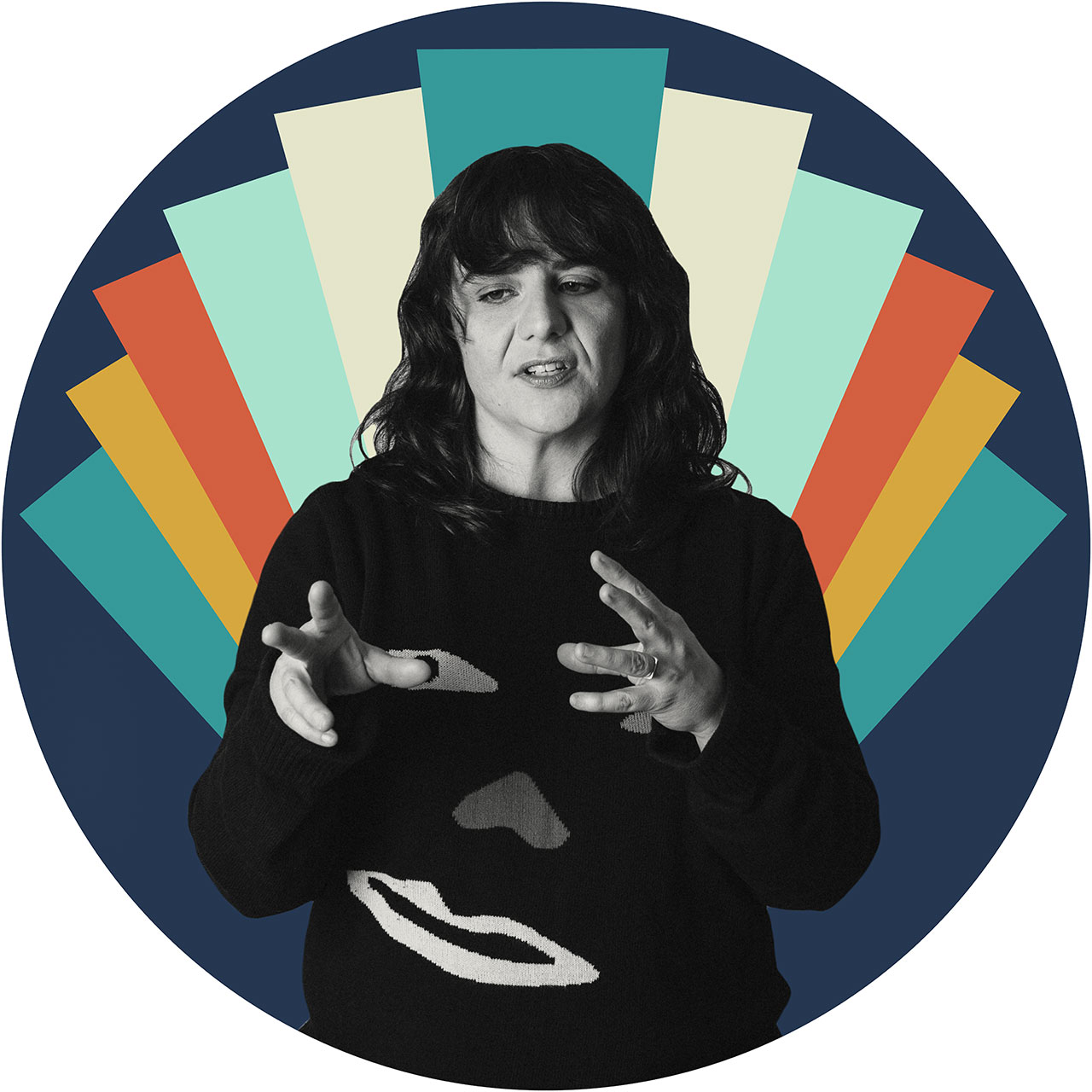 Kelli Miller is the co-founder of creative studio And/Or, and has worked in motion design and branding for 15 years with brands like MTV, Netflix and Amazon. She is a graduate of Cranbrook Academy of Art and has taught and lectured at the College for Creative Studies, Pratt, NYU, SVA, Yale and RISD.

We spoke with Kelli for our Backstory series, where we chat with folks in the entertainment industry about their creative inspirations and more.

I was born in Illinois, in the suburbs of Chicago, but grew up in the suburbs of Detroit, so I consider Detroit my "home." Where I live now is a bit complicated—due to Covid-19, I am living in the northern Catskills in upstate New York but plan on moving back to Brooklyn, where I have lived for the past 14 years, once things are a little more stable around the virus.

My first full-time job out of undergrad was working at the publications department of the College for Creative Studies in Detroit, which is where I graduated from with a BFA in graphic design. I was the art director and sole designer of the department. It was a great job and a great learning experience.

When I was working at Trollbäck+Company, I directed and designed the opening titles for Last Week Tonight with John Oliver. It is one of my proudest moments and favorite projects. It showed me that my voice and appetite for bringing together clever humor and smart design had a place in the commercial world and ultimately encouraged me to start And/Or.

Rushmore by Wes Anderson. It's a perfect film. I watched this recently during quarantine and could not believe how much this film still influences me to this day. Wes Anderson's meticulous blend of design, humor, music and heart have had an enormous influence on my work.

Hairspray by John Waters. This is probably my favorite movie of all time. I love the cutting social satire of it. I love the over-the-top camp of it. Everything about it makes me so happy, and I practiced "The Madison" on repeat as a junior high school student for an entire summer. Don't get me started on the remakes. I am a purist.

Instrument by Jem Cohen is a documentary about the band Fugazi. This film is a great portrait of what it takes to be an artist living outside the mainstream. When I first saw it, my head exploded with possibilities. I loved Fugazi's music, but their process and commitment to creating an alternate space that didn't adhere to conventions has been something that really shaped my approach to my work. This DIY punk ethos is a bit like a religion to me … I find myself checking myself with things I learned from this film regularly.

"I miss Rushmore, I miss the seasons."

I really loved the posters for Drive. They felt very different, fresh and simple. They feel to me how movie posters should look: beautiful photography that captures the style, and a hint of the story of the film. I also love anything that Neil Kellerhouse does. 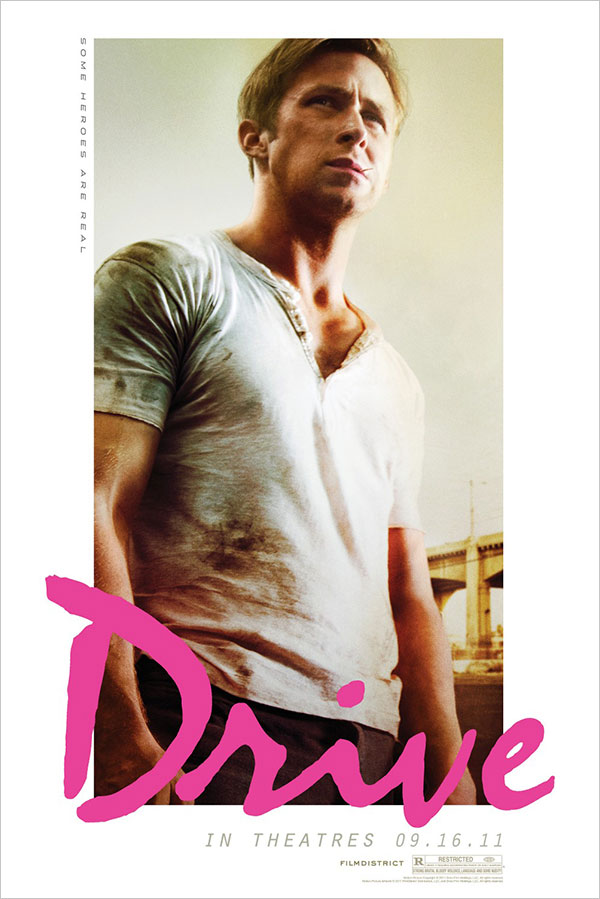 Not sure what constitutes a classic, but I have watched 30 Rock about five times in its entirety. I know there were some controversial scenes that do not hold up to our current socially aware standards, but it's pure genius on every other level. The original Twin Peaks is another one I have watched several times—love the goofy, surreal fantasy of David Lynch. The subject matter of that show is so dark and serious, and yet there's always this undertone of demented humor that I love. And just to add to the list: Freaks and Geeks, Community and Arrested Development (the original, not the reboot—please stop rebooting things!).

Recently, I really loved Watchmen. Anything that blends social issues, sci-fi and fantasy is a win for me! On that note, I was quite obsessed with Legion on FX, too. It's so amazingly visual and weird. Anything that can take the format and make it new is a hit in my book. RuPaul's Drag Race is obsessed over and referenced constantly in our house as well as our studio. We named all our studio computers after our favorite queens, strictly for IT purposes, of course.

I am really proud of the show packaging work we did for FXX's anthology show Cake. It was a project we pitched a few rounds on and kind of had given up to the pitch gods, so it was very exciting when our clients told us they wanted to move forward with one of our ideas. It was a great growing experience for me as a director and our studio in managing a big live-action production. We shot four locations in two days, dropped over 40 cakes on people, and had a great time doing it. We're super proud of the final pieces.

I love the titles and interior graphics of Abstract on Netflix. They are astonishingly intelligent and beautiful pieces of motion design. I think the modularity and specificity of the titles and graphics across the episodes is truly inspired. They really elevate the game in title design. I know they were nominated for an Emmy this year, and they have my vote.

It's a bit of a tricky time in entertainment marketing with the arrival of so many streaming networks and confusion about who made what in regards to content. I am interested to see how this all plays out, for sure. There is always a bit of push and pull and cyclical nature to what defines a brand in entertainment marketing … is it the shows, is it the talent, is it the actual brand itself? I think audiences are getting more savvy and picky about where they spend their viewing time because there is so much to choose from and invest in at the moment. Is that exciting? Maybe not directly, but it's interesting to me. For pure excitement I am very interested to see how VR, AR and immersive experiences can open new ways of sharing and creating stories.

I'm pretty sure I would be working in film in some capacity. I love being on set, and it's been very fun and exciting learning and growing as a director. I love the intersection of design, film and music, which is why I love motion design. So I think I might be dabbling in my alternate career as it is!