Vancouver Whitecaps Use Art, and Beer, to Give Back During Covid-19

MLS club knows that 'It Takes a Village'

Ryan Reynolds is everywhere these days. Even on beer cans.

He and fellow British Columbia celebs Seth Rogen and Steve Nash appear, along with other notable locals, on an illustration called "It Takes a Village," created by local designer Carson Ting this spring as a fundraiser organized by the Vancouver Whitecaps of Major League Soccer.

Now, that same art is being used as the label of "Village Hero," a craft beer from the Whitecaps and Phillips Brewing, also benefitting the Greater Vancouver Food Bank. 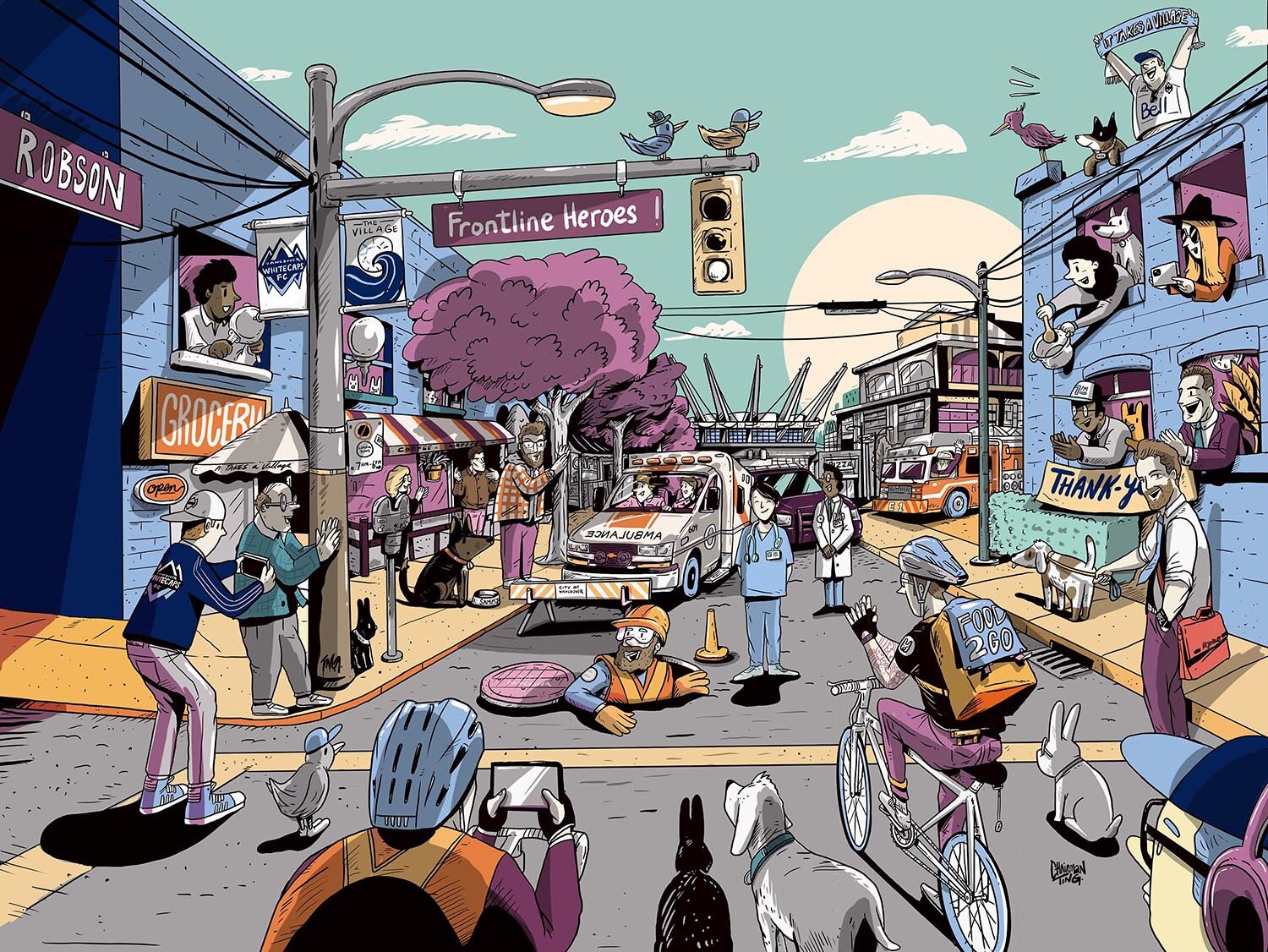 "The original idea came from our internal team during the first week away from our traditional office environment," Whitecaps marketing specialist Tom Ravenhill tells Muse. "We knew about the unprecedented demand the Food Bank was under, so we decided to honor the special people in our community with a beautiful art piece that would live on forever—and generate much-needed funds at the same time."

Phillips Brewing then stepped up to partner on the craft brew. 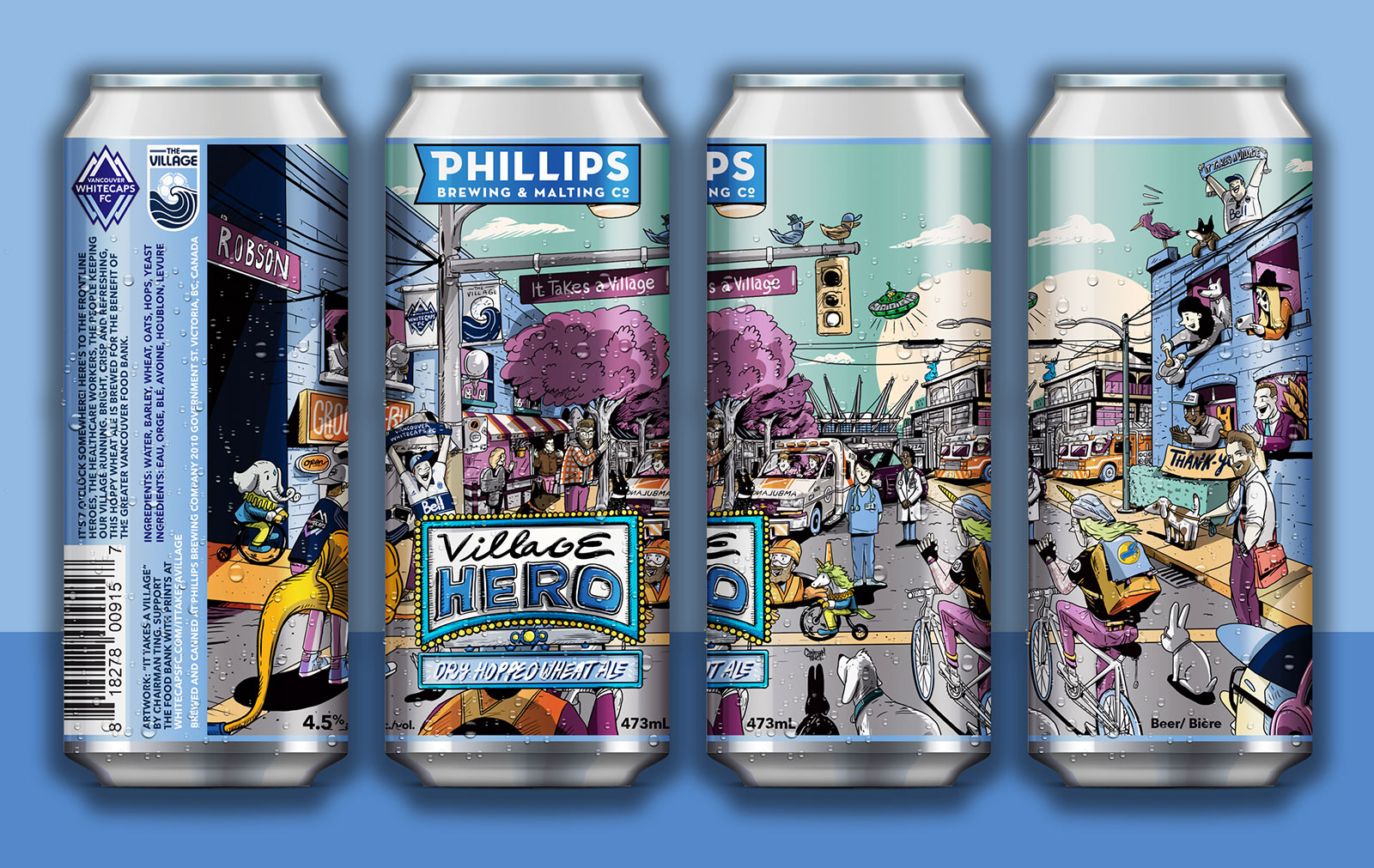 "Phillips saw what we were doing and wanted to further honor our frontline heroes, and raise more money for those in need," Ravenhill says. Village Hero dry hopped wheat ale goes on sale today in select liquor stores, with all proceeds benefitting the Food Bank.

During the pandemic, Phillips has also used its facilities to produce hand sanitizer and protective face masks. The Whitecaps, meanwhile, netted nearly $1 million from the sale of special masks to support the Vancouver Aquarium while it remains closed to help stem the spread of the virus.

The names "It Takes a Village" and "Village Hero" are both references to a famous comment by ABC announcer Jim McKay, who proclaimed that "Vancouver must be like a deserted village right now" when the Whitecaps (the part of the North American Soccer League) made a thrilling playoff run.

Major League Soccer is currently preparing to reboot its season and satisfy fans’ pent-up desire for live sports with a special playoff format in July. The 26 teams will play all games at the Walt Disney World Resort in Orlando, Fla., without fans in the stands.