Picture Book Looks at Growing Anti-Asian Racism in the U.S. Through Lens of an Old Stereotype 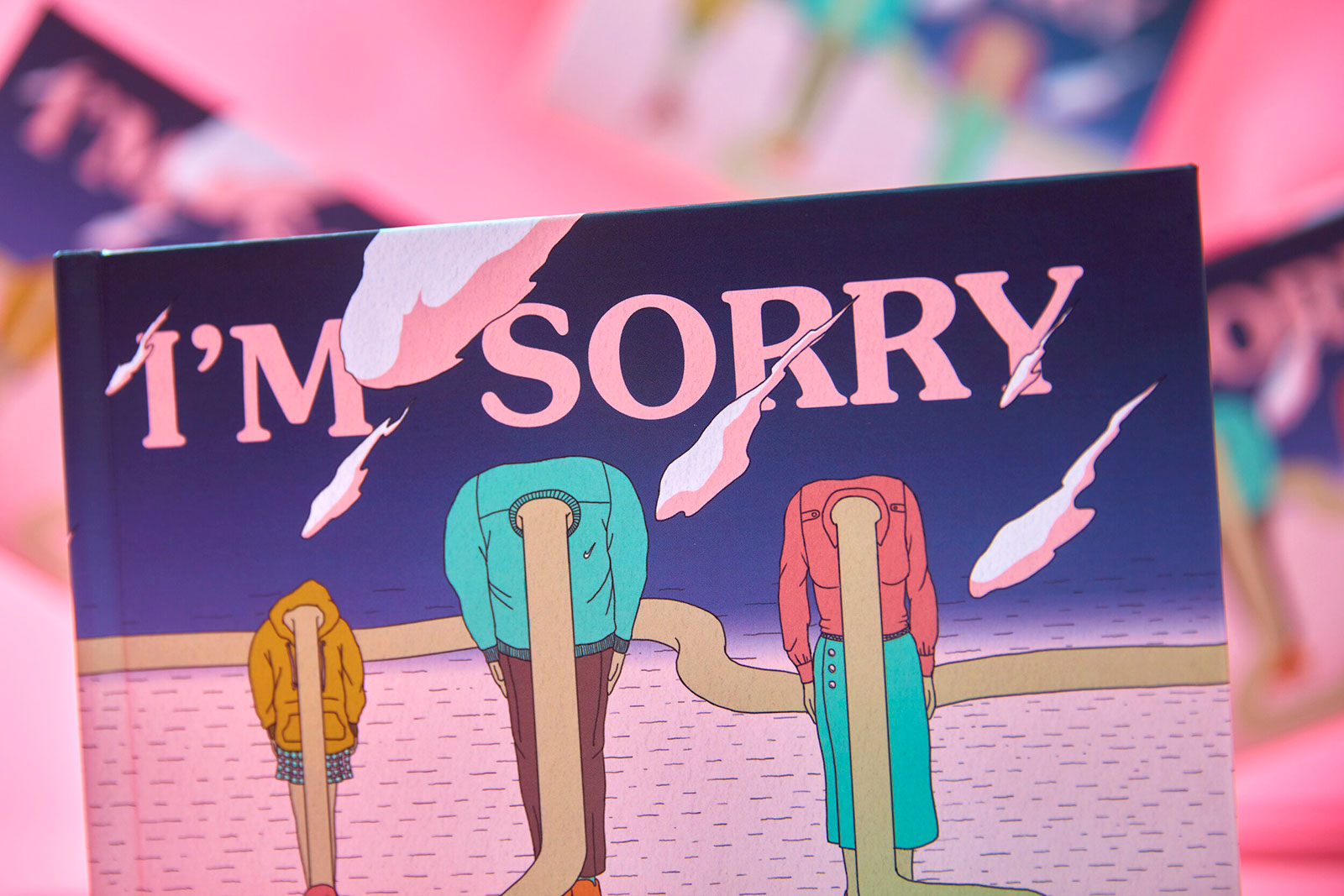 Among the many tragedies of Covid-19 has been a sharp uptick in racist attacks against East Asians in the U.S. this year. Fueled by the president's own racist language (calling coronavirus the "China virus"), there have been thousands of reports of hate and discrimination across the country, according to advocacy group Stop AAPI Hate.

In response to this crisis, an Asian affinity group inside Wieden + Kennedy has created a book called I'm Sorry, which looks at the racism problem through the conditioned response many Asian-Americans have to it—by apologizing, even when they are the ones under attack.

I'm Sorry seeks to break the ingrained pattern of prioritizing others at the cost of self, taking a snarky tone and combining the stereotypes of Asian submissiveness and the damaging model-minority myth. The illustrations visualize the uncomfortable truth of the Asian experience, where one's "Americanness" is contingent on what they have to offer white America.

Click the thumbnails below to check out the book:

We emailed with the creators of the book to learn more about it.

Can you explain more about the concept, and how it partly defines the Asian American experience?

The idea behind "I'm Sorry" was born from a tenet of many Asian cultures—to apologize even when you're not at fault. The message is simple, but there's a lot to unpack behind the "why."

Within many Asian cultures, having an unquestionable respect for your elders plays a factor into this. Context doesn't matter. Saying "I'm sorry" is often taught as one of few acceptable answers in the face of an elder (which could mean someone older than you or holding a higher position in a group or at work), conflict resolution, taking one for the team, responsibility, perfection, the list goes on. And so, we felt it was a powerful way to turn the submissive Asian stereotype on its head for this book.

How and why has this dynamic become more pronounced during Covid?

People wanted something (or someone) to blame for Covid. Chinese people—and by (unfair) extension, Asians—became an easy target. As a group, we tend to struggle in silence. We're apologetic when we don't have to be, all in the name of avoiding confrontation. So this is a quiet, apologetic confrontation.

How was the "narrative" of the book was developed, and how are readers meant to interpret it?

The intent of the book is to bring awareness to an uncomfortable truth—Covid didn't create a new wave of racism and xenophobia, it simply unveiled what was already there. With that said, we didn't want to hit readers over the head with the subject, and wanted to be a bit more subtle in addressing the irony and mental gymnastics of it all, while leaving it up to the reader to interpret how they close that loop.

Each spread works as a story in itself, highlighting a range of topics addressing the racism, prejudice and xenophobia that many Asian Americans face today—which has only been exacerbated by Covid.

How was the artwork done?

The illustrations themselves started as just thoughts on a page to accompany each line. Once we figured out the overall tone for the book, I started playing around with some sketches and concepts on my wacom tablet. With that said, each spread has its own story to tell and helped guide the illustrations, color palette, typography and composition.

How the book is being produced/distributed?

When we began to unpack the idea behind the unspoken "I'm sorry" culture that many Asian Americans share, we started to realize this storybook was much larger than a passion project. The physical book itself was originally created to share our stories with a limited run in mind for a smaller audience, but as the book continued to develop, we wanted to reach more people by sharing a digital version.

What is the fundamental goal of the project?

We recognize that in many Asian-American cultures, the urge to apologize has been ingrained in us from a very young age until it eventually becomes instinctual. The goal is to break that cycle within ourselves while educating others throughout the process. We ironically found ourselves apologizing throughout the process of making this book—again, for things we really didn't need to be sorry for. We know it's going to be a process, but it's time we stop apologizing. We hope it's a reminder to other Asian Americans as well.

There is also an animated video version of the book, which you can see below. I'm Sorry follows Call It COVID-19, a spoken word film from the agency earlier this year about the damaging effects of misnaming the virus.