The many layers of a staged heist for Lupin 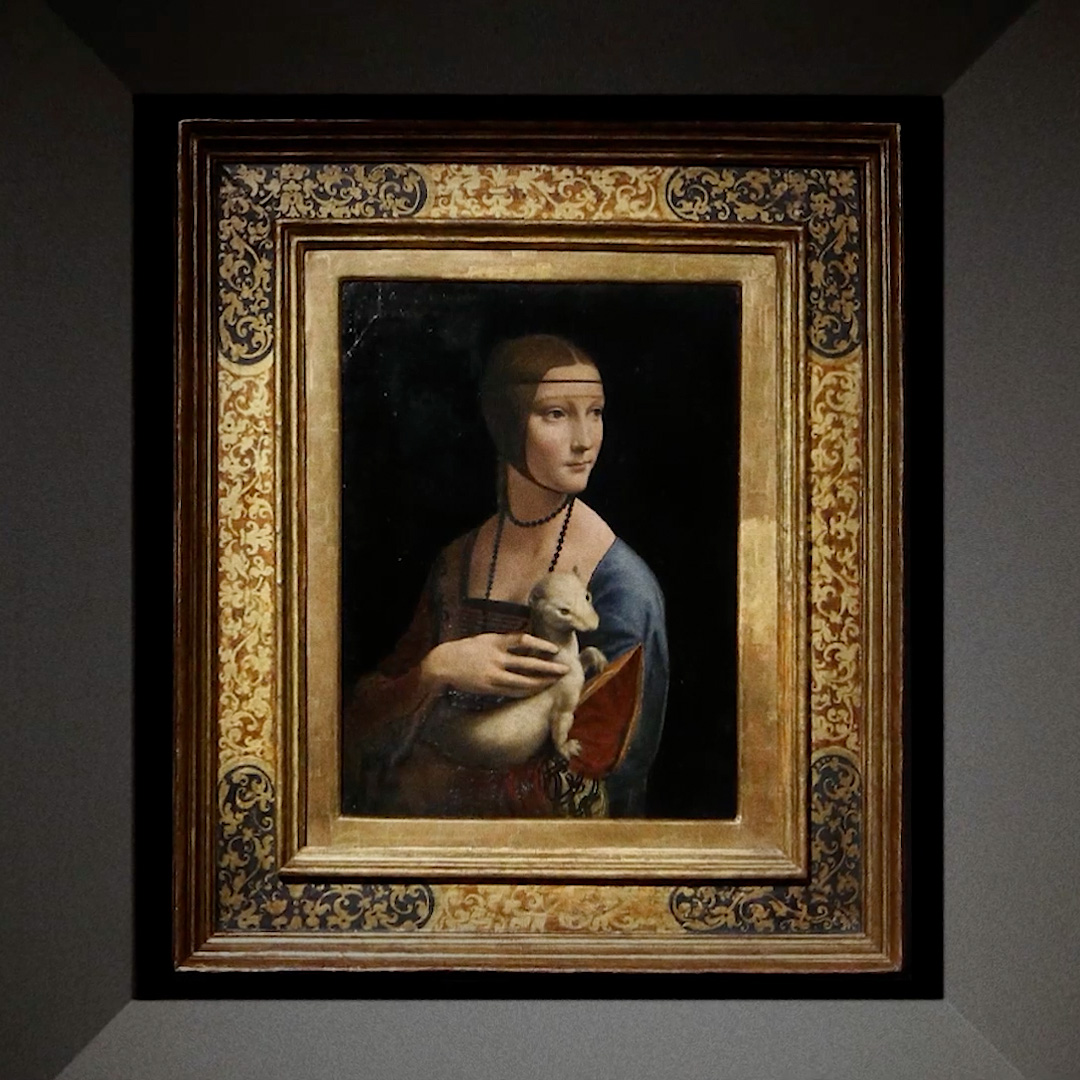 To promote the Netflix series Lupin, Serviceplan satellite agency Gong in Poland created "The Art of Stealing"—less a full-fledged campaign than a symbolic heist (which is actually pretty perfect).

Lupin is a meta-tribute to Maurice Leblanc's Arsène Lupin, a fictional character whose charming exploits are recounted in a book called Arsène Lupin, Gentleman Burglar, published in 1907. In the Netflix series, French actor Omar Sy plays Assane Diop, himself a gentleman burglar, who happens to be obsessed with Arsène Lupin for sentimental reasons. When the show came out last year, it was the most-watched non-English series on Netflix.

Gong's "The Art of Stealing" revolves around Poland's most valuable painting: Leonardo da Vinci's Lady with an Ermine. The painting was itself stolen and recovered as recently as 2016 by the Polish National Museum, which valued it at over €100 million (about $113 million, give or take a mil).

In the series, Diop has a thing about necklaces, and Lady with an Ermine happens to feature a woman with a necklace. Gong had the Polish National Museum exhibit a fake painting where the necklace was missing. This was executed both inside the museum and outside it.

Gong bought ad space outside the museum featuring a promotional image of the painting, still with the necklace missing, and then, guerrilla-style, a Lupin ad on top, featuring Sy holding the necklace under the words "Merci Madame." 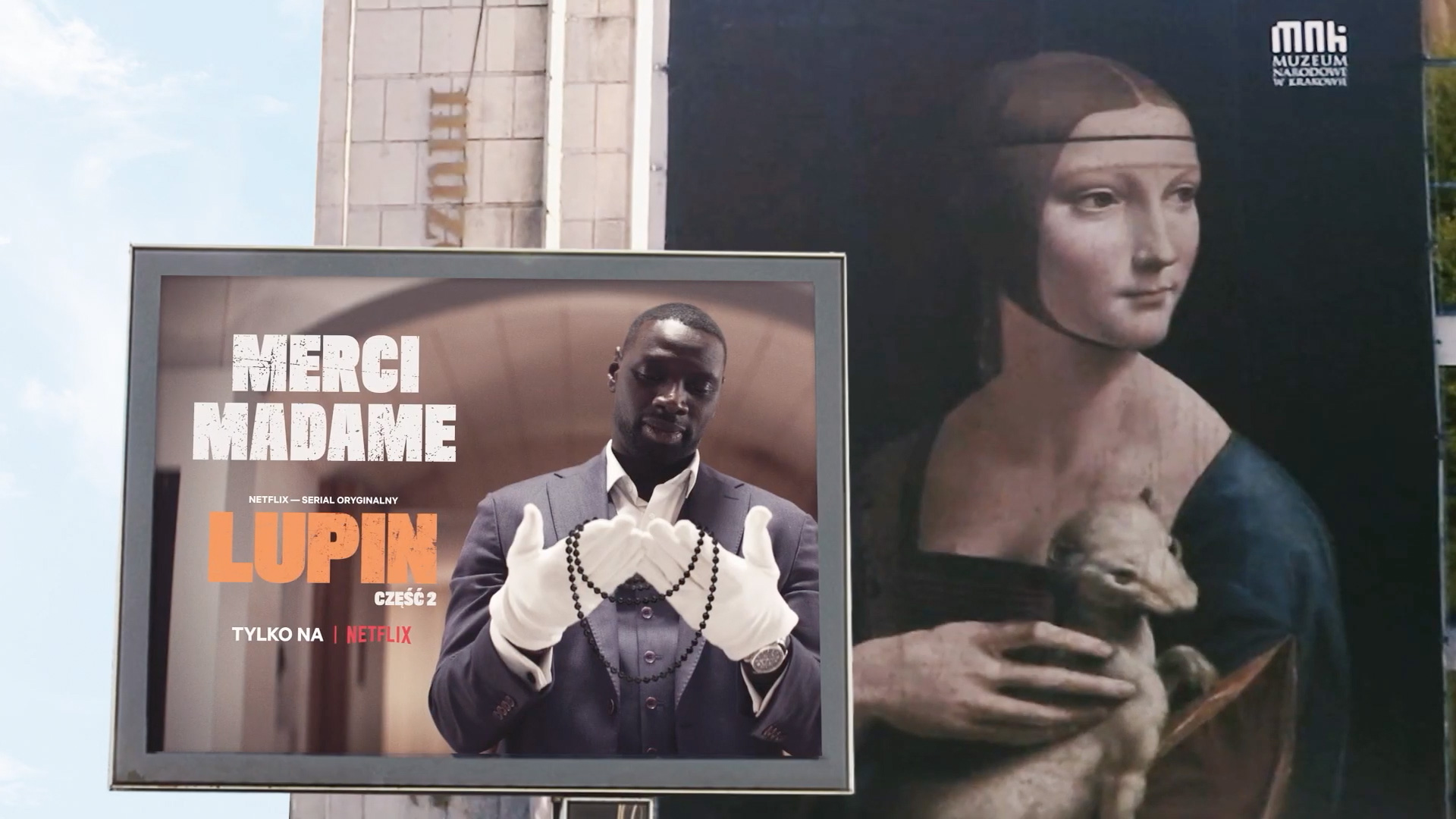 By now it is pretty well understood that Lady with an Ermine is a depiction of Cecilia Gallerani, who was the mistress of the Duke of Milan, Ludovico Sforza—Leonardo's employer at that time. She was about 16 when this portrait was made; her father was the duke's courtier. The duke's wife eventually found out about his longtime relationship with Gallerani and had her married off.

Like Diop, the character Sy plays in Lupin, Gallerani's story is one about being in proximity to power that she herself wasn't born into. So much of Lupin is about charismatically toying with these dynamics in order to subvert them. Of course, in modern times, other dynamics enter into play, too: Gallerani is now the subject of a portrait that is considered one of Poland's national treasures—Sy, the son of West African immigrants, was raised in the French suburbs and is now one of the country's biggest talent exports.

There's also an interesting tension here about our relationship to fine art—in this case, a Da Vinci painting—and the so-called lower arts of modern times, of which a series designed specifically for Netflix is the perfect example. For this reason, the Lupin placement over Lady with an Ermine invites all kinds of thoughts about relationships to power through space and time; more so given that Sy's character is also appropriating the identity and role of a fictional French gentleman burglar, who was not originally imagined as Black.

And of course there is the matter of Poland. Da Vinci's work may be Italian, but Lady with an Ermine is now considered part of the Polish patrimony. Some 97 percent of Polish citizens are white; last year, following the murder of George Floyd, an antiracist uprising happened in Poland, too, under the hashtag #DontCallMeMurzyn—Murzyn being a racial epithet commonly used against Black people.

So, more than just an ad for a decent TV show, "The Art of Stealing" also bears a lot of symbolic weight. Omar Sy—his personal story, and what he has come to represent to others—take up space over three layers: in Poland, over a white woman that time made more genteel than in her lived reality; and in his inspired treatment of Lupin (the character, but also the show, on which he is also a producer).

Who steals what, in the long arc of history? Time decides … then, whoever has the money and means to restructure the narrative.