Fundraising campaign for The Shoebox Project 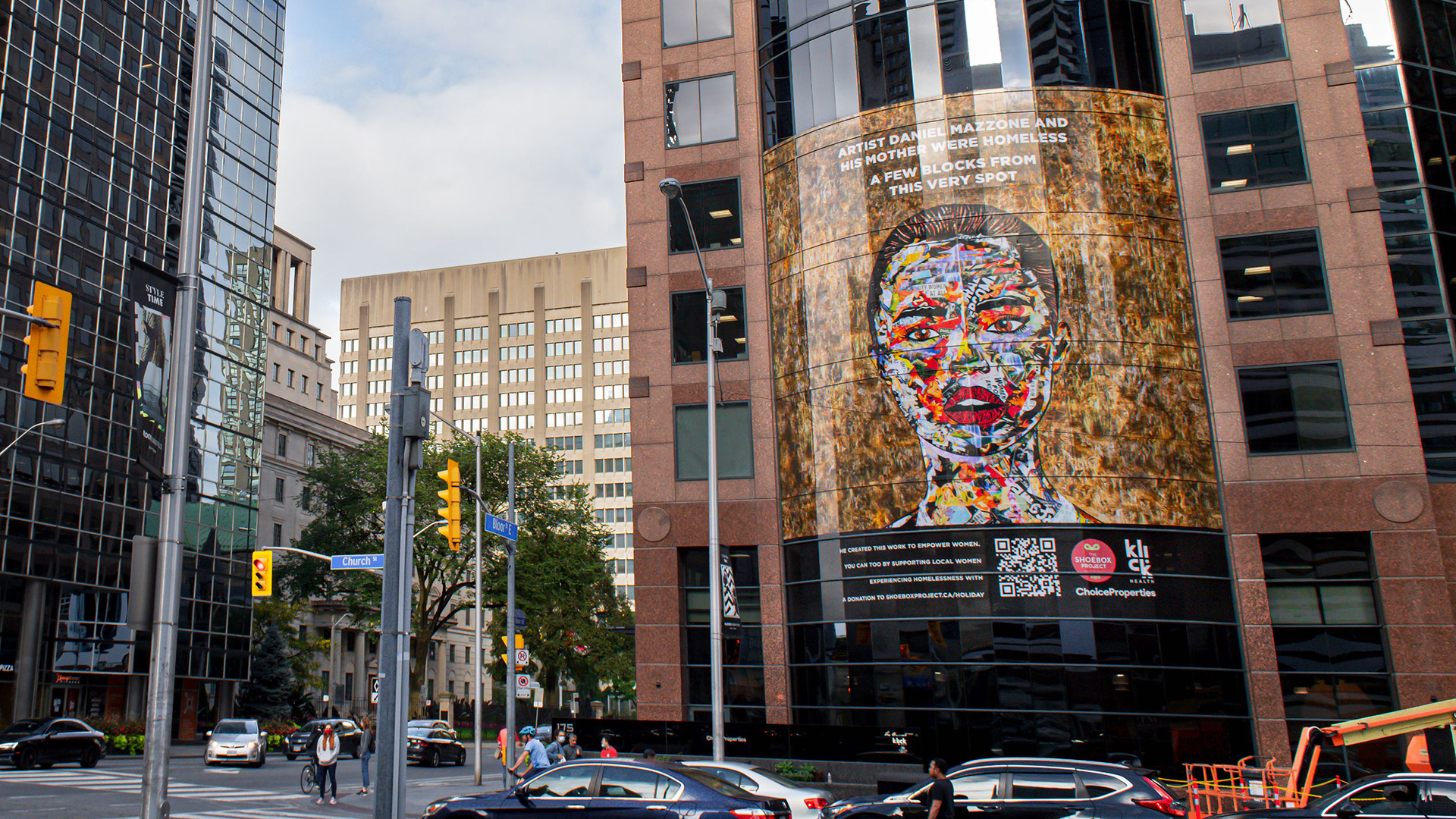 Toronto-based Klick Health this week turned its headquarters at 175 Bloor Street East into a 41-by-48-foot fundraising campaign for The Shoebox Project.

The nonprofit collects and distributes gift-filled shoeboxes and messages of support to local women impacted by homelessness. Each standard-sized shoebox contains $50 worth of items including shampoo, moisturizer, socks, scarves and gift cards to drug stores or fast-food restaurants.

The four-story activation is an oversized rendering of "Maria," an artwork created by Daniel Mazzone. It includes a QR code that brings people to The Shoebox Project website for additional information and to make donations.

"We wanted to bring attention to the problem of women's homelessness in Canada," says Rich Levy, chief creative officer of Klick Health. "To create the poster, we took a high-res scan of it. There are thousands of images of women throughout history in it, from the suffrage, voting and civil rights movements. It's made of perforated vinyl, so when the lights are on at night you can see it, too."

Included in the piece are:

The real Maria is part of someone's private collection.

The artwork will remain up through Jan. 1, and jumpstarts the charity's holiday fundraising endeavor.

Homelessness is an epidemic that hits close to home for Mazzone. At different points in their lives, both Mazzone and his mother were homeless. His mother lived in a shelter near Klick's headquarters.

An estimated 1.5 million women in Canada live in poverty, including 30 percent of single mothers and 34 percent of First Nations women.

"Women who experience homelessness spend money on their families, not themselves," Glenn Zujew, chief people officer of Klick Health, tells Muse. "Included in the shoeboxes are things like warm gloves, a scarf, and gift cards to Shoppers Drug Mart. The artist was very involved in the project. This story wasn't abstract to him; it was his mother."