Inside citizenM's Stunning 11-Storey Portraits Campaign on Its L.A. Hotel

When a new business (particularly a chain business) moves into a neighborhood, there's often little thought given to the locals and how they might feel about the development. At citizenM, it's the opposite—as exemplified yet again in a remarkable new advertising/art project on the windows of its new L.A. hotel.

Working with agency KesselesKramer in London, the hotel had photographer Corinne Schiavone shoot portraits of 52 creative, artistic, non-celebrity locals—with a strong eye toward diversity—to salute their roles in the community.

The shots have been installed as window vinyls on the hotel. See photos of the 11-storey exhibition here: 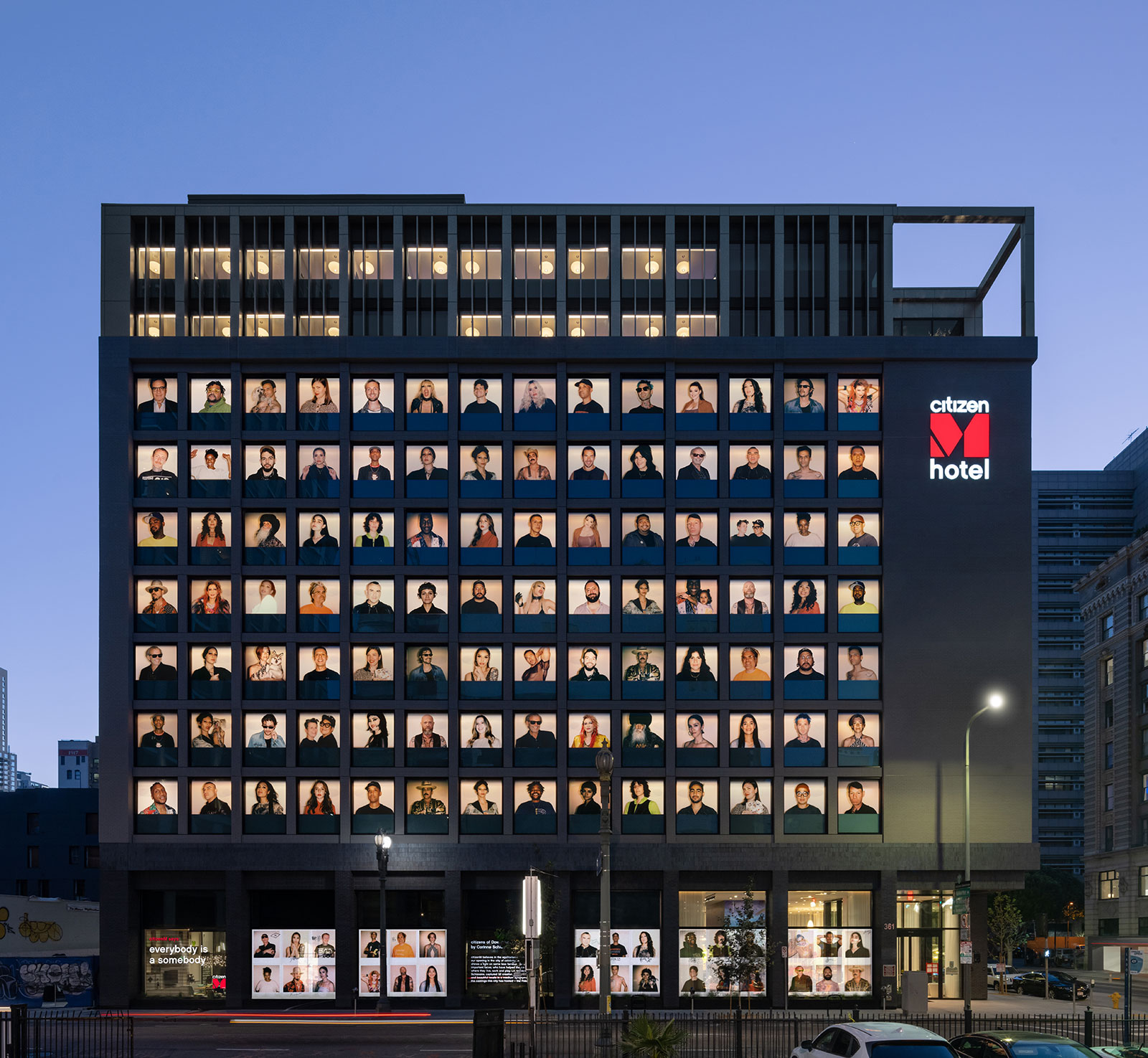 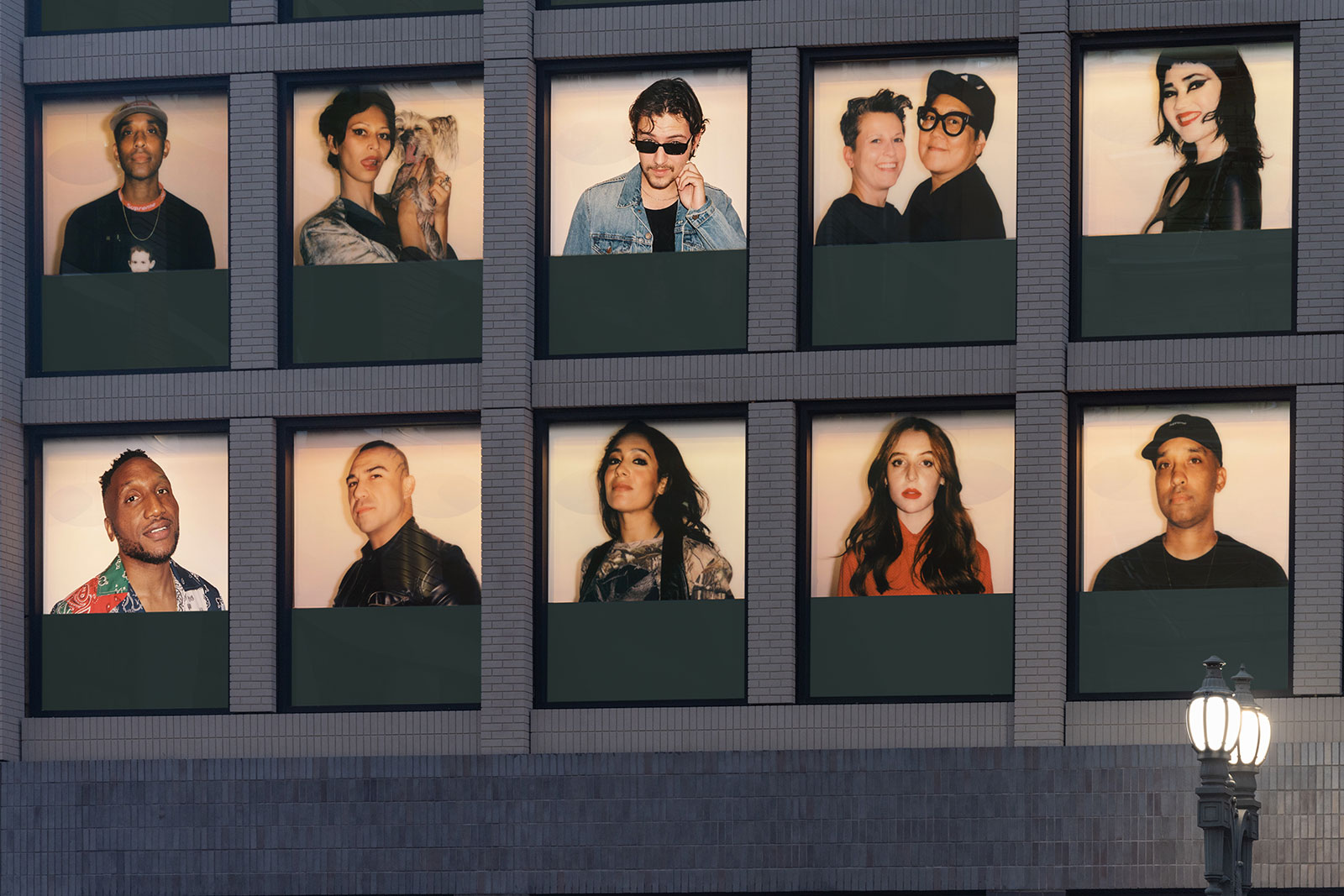 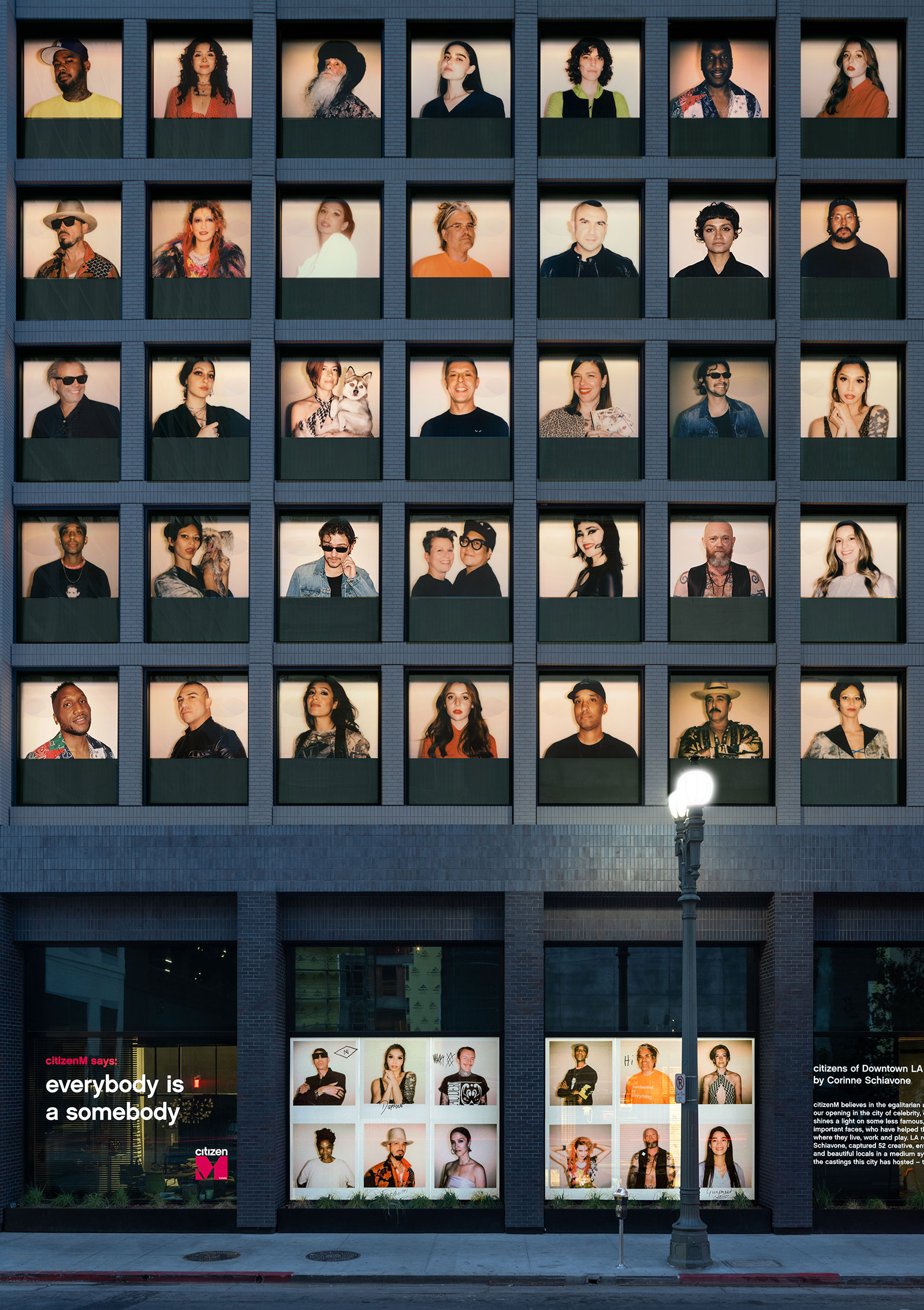 The stars of Schiavone's Polaroids include a broad cross-section of local society, from entertainers to human-rights advocates, trans men and women, queer club night promoters, musicans, artists and chefs. Each is working to make downtown and all of L.A. more welcoming, inclusive, creative and compassionate—attributes citizenM itself strives to embody.

KK has worked with citizenM since its inception in 2007, coming up with the name, positioning, brand identity and all communications. With every citizenM launch in a new location (L.A. in its 20th hotel in its 15th city), the agency likes to celebrate the citizens of the world: both the travelers and the locals in the cities that citizenM calls home. From the beginning, that involved photographic portraits presented as OOH exhibitions.

"The hotel has always had a big interest in art and filled their living rooms—not lobbies—with lots of great contemporary art," Charlie Bowden, senior creative at KK, tells Muse. "That's why, when we suggested that they use all their windows of new hotels to celebrate locals, rather than a traditional "ad campaign," they ran with the idea … and continue to run with it. We tailor each opening campaign to the city, the culture and the history, so while we've now done a number of the exhibitions, they each have their own themes, which influence casting and the photographers we choose." 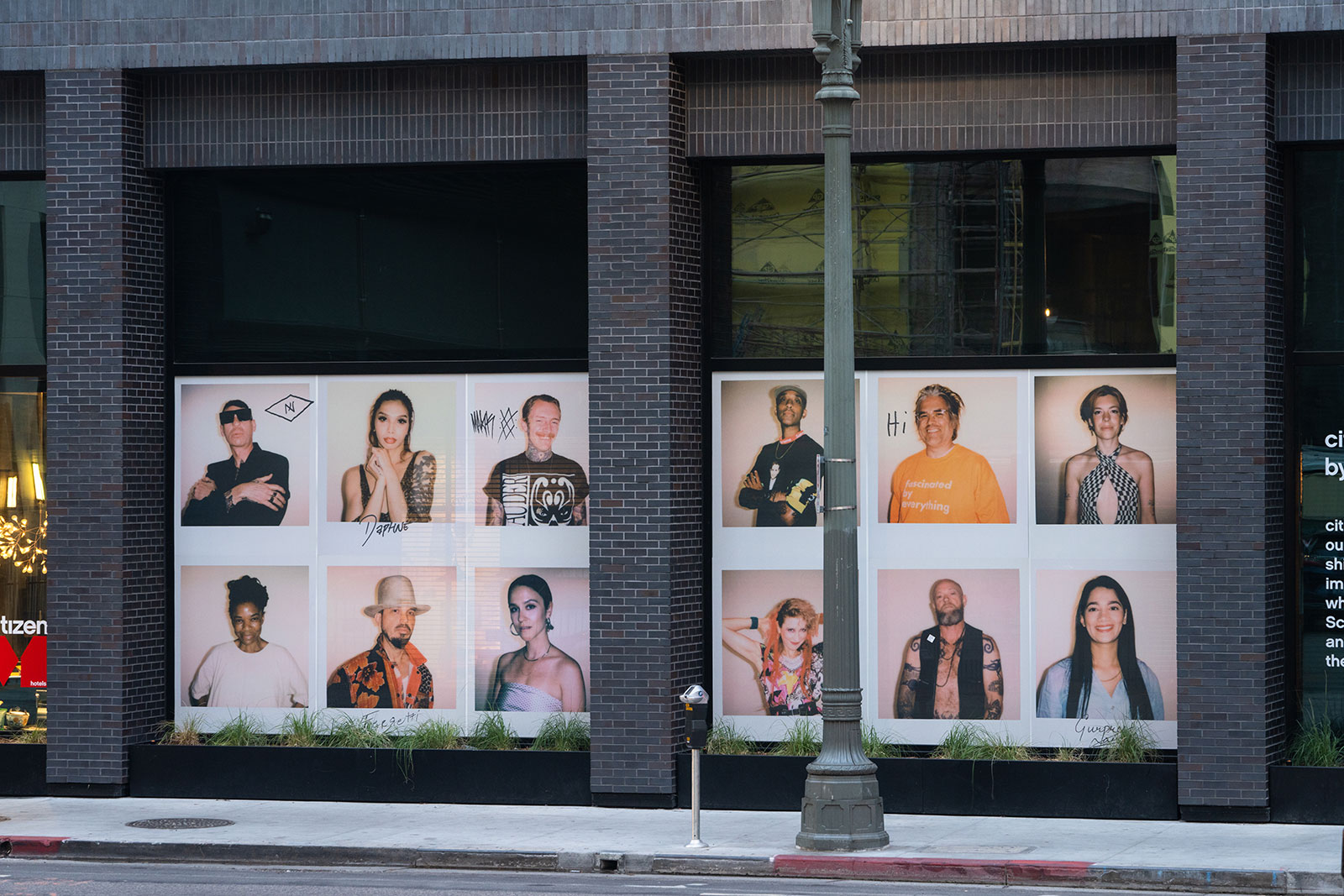 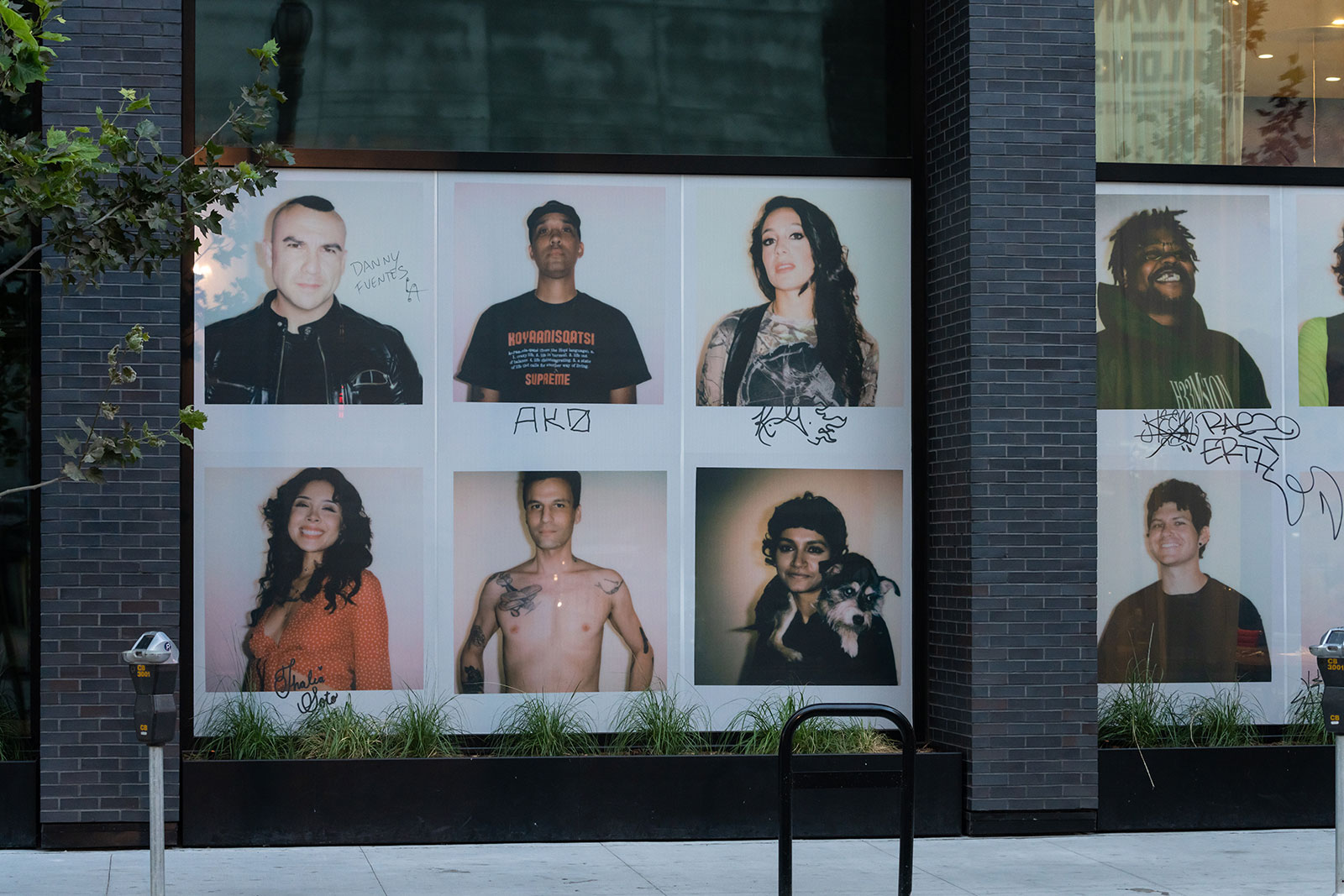 "L.A.'s reputation is, perhaps unfairly, dominated by Hollywood and celebrity culture, but as a hotel, citizenM value all people equally, and pride themselves of offering the same care and attention to 'an intern as the CEO,' " says Bowden. "This is something they believe in as a company, but also deliver as a business, with one style of room and an egalitarian approach across the board. So when we started developing this campaign, we wanted to take some of citizenM's limelight and shine it on locals who are doing honorable, great and genuinely interesting things, but who perhaps don't get the attention they deserve."

Thus, the cast were chosen for a number of reasons but ultimately because both KK and citizenM believed what they were doing—be it trans rights activism, supporting BLM campaigners, pursuing the arts or running inclusive club nights aligned with the agency and client's values. 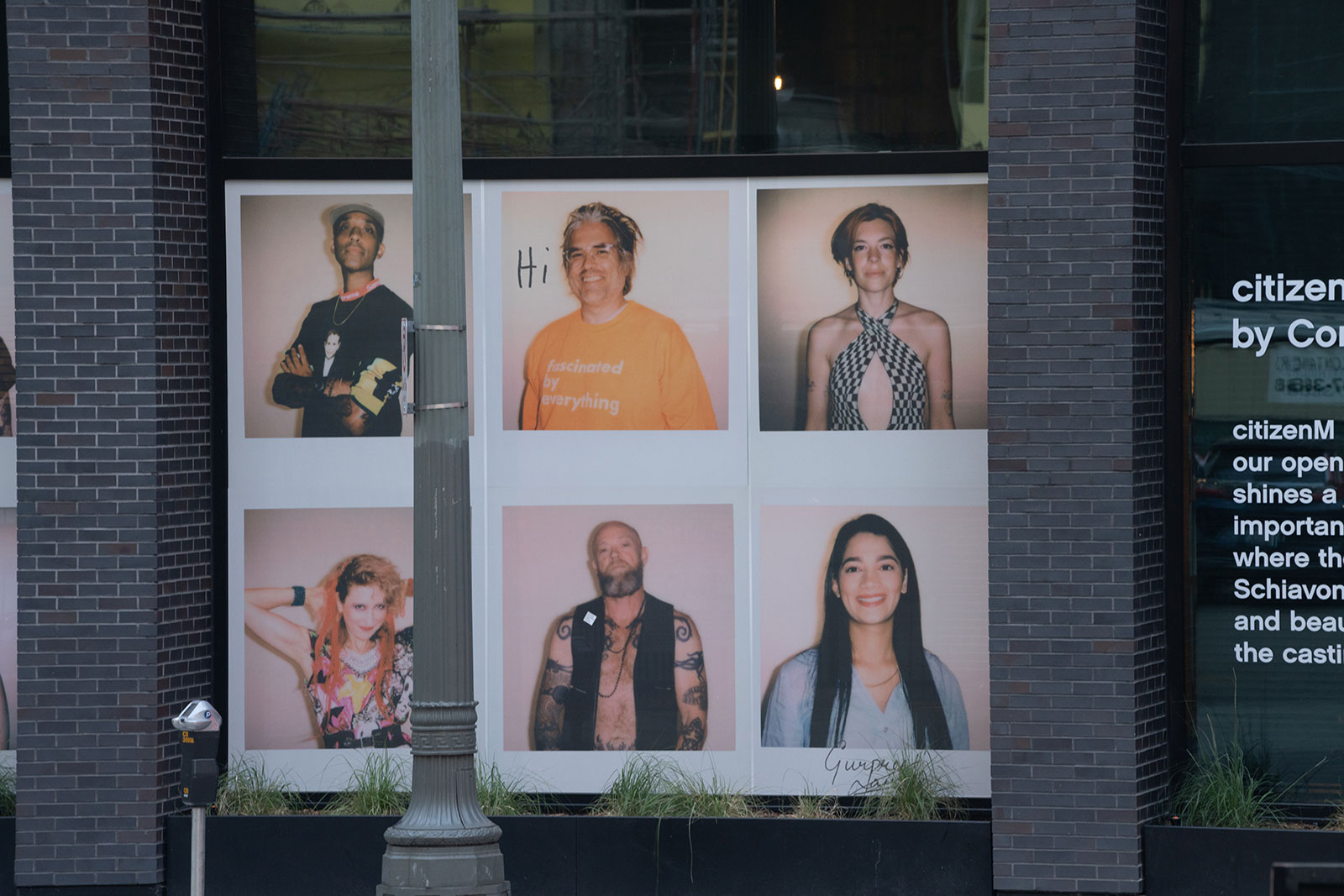 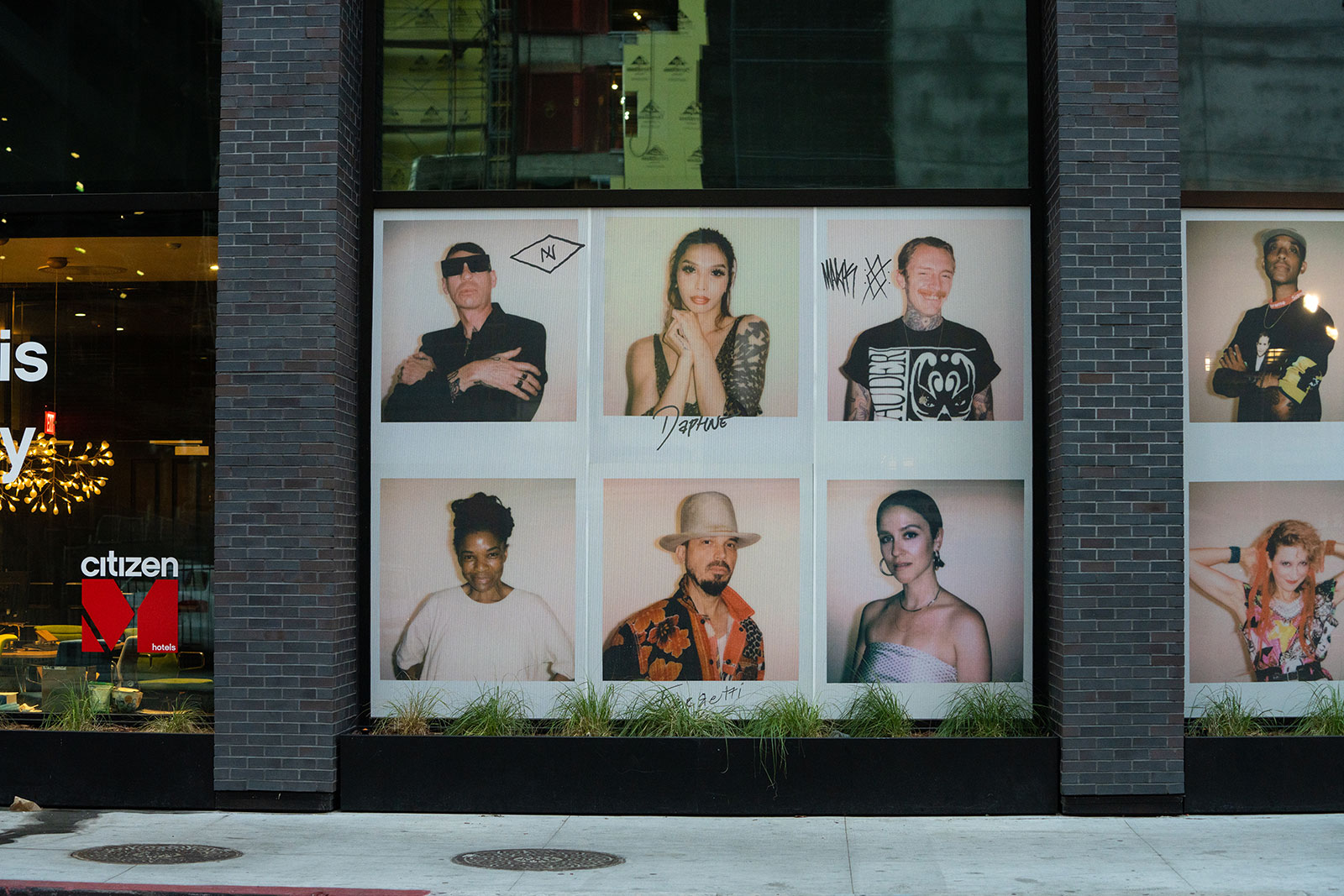 The backdrop of Hollywood also influenced the visual approach.

"Aesthetically, we wanted a style in keeping with the theme, so we developed this idea around casting headshots, which were traditionally taken with Polaroids and marked a career on the rise," Bowden says. "From a short list of photographers, Corinne was chosen because she, too, felt in keeping with the themes mentioned above but also wanted to actually shoot the campaign on Polaroid film rather than digitally 'filter' the images."

The results—on display from July through Monday, Aug. 23, when the hotel opens—are incredibly eye-catching and represent an embrace of the true nature of the neighborhood.

"citizenM genuinely believe in the power of local communities, so the outreach involved in each exhibition is something that's important to them, as it helps create deeper connections in the neighbourhoods," says Bowden. "There's obviously then the alignment with locals, which helps establish citizenM's outlook as a company—in this case, very inclusive, diverse and non-judgemental. Then finally, they hope by shining some of their spotlight on the locals we can help raise their profile both personally and professionally." 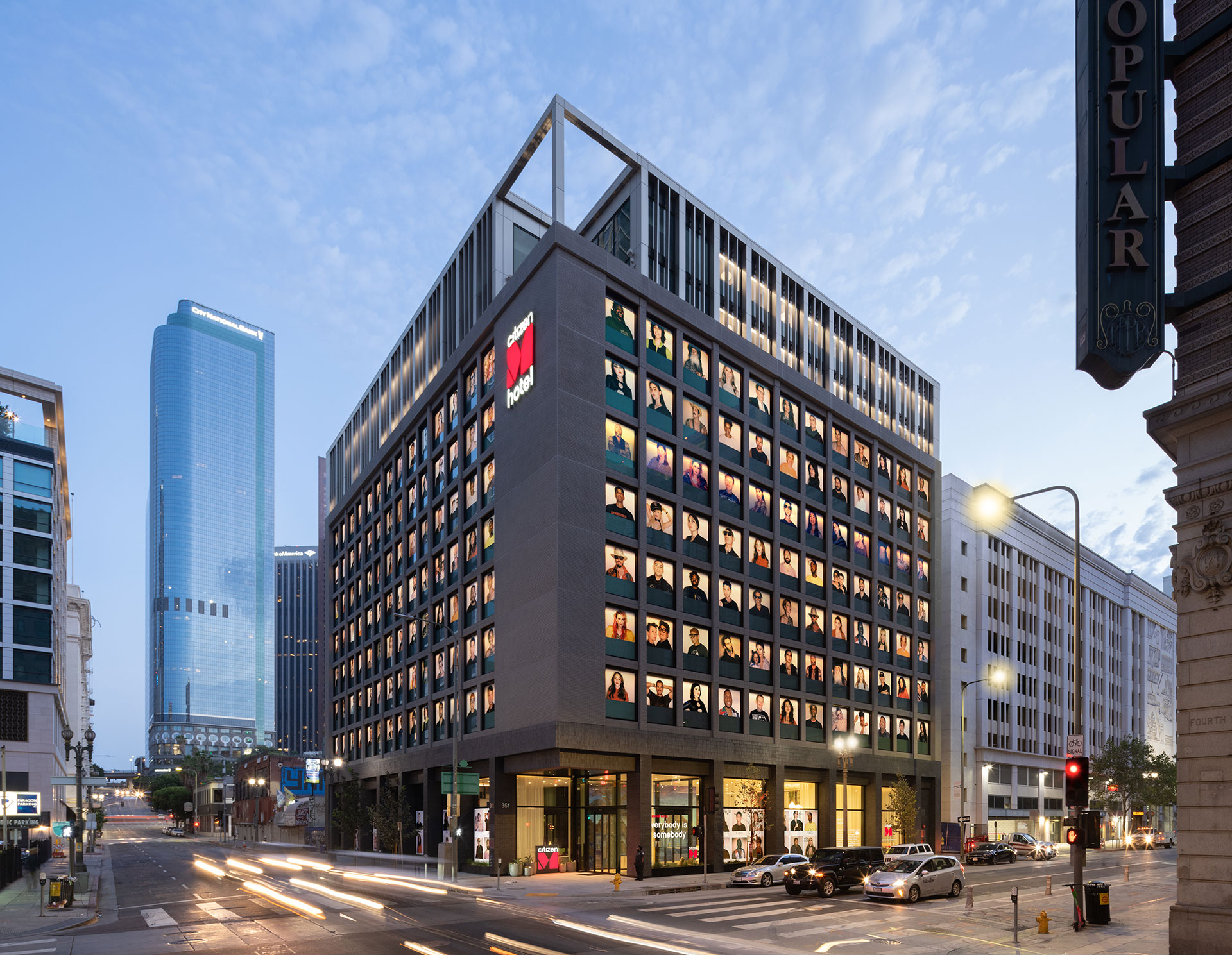