Look what they did to Iron Man's car!

This Audi R8 appears to backfire something awful, as if exploding from the rear, perhaps rigged by Obadiah Stane or Ultron to finish off Tony Stark once and for all: 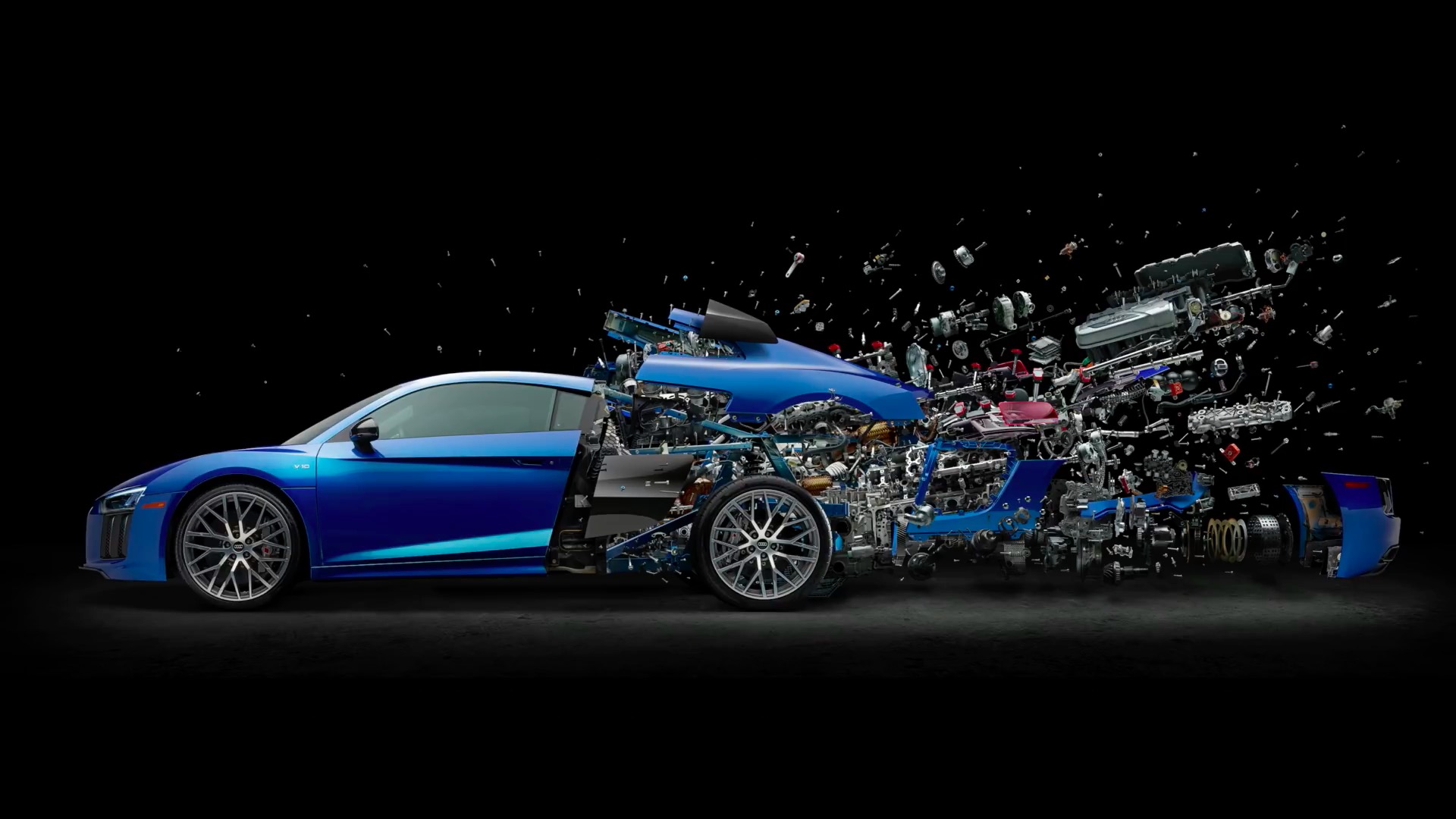 In fact, the R8, Stark's main ride in the Marvel movies, was purposely deconstructed by Audi in collaboration with Swiss artist Fabian Oefner for the collectible poster above, as well as this brand video from Tilt Creative + Production:

The vehicle's road to ruin began a few years back, when Audi teamed up with Airbnb for an Emmy Awards sponsorship that offered fans three-day getaways at a luxury residence in Death Valley. During their stay, a brand new 2017 R8 was placed at their disposal.

Alas, after extended exposure to desert conditions, the car's internal components were shot, and the vehicle was earmarked for the scrapheap. (Ah well, it only cost $170,000—or $169,999 if you haggled.)

That's when Audi of America video content creative director Nick Kleczewski contacted Oefner—renowned for his disturbingly dramatic series of "Disintegrating" automobile images—about turning the ruined vehicle into an eruptive piece of commercial art. Over the course of many months, Audi engineers took the R8 apart. Oefner painstakingly photographed each and every gear, nut, bolt, spring, spark-plug and wire—digitally arranging more than 1,000 images into "The Slowest Art We've Ever Built."

That title eludes to the model's launch commercial from 2007, "The Slowest Car We've Ever Built," which shows the time-lapse construction of an R8:

"That old R8 spot is one of my favorite car commercials of all time," Kleczewski tells Muse. "We were essentially undoing exactly what that spot did, so the inverse parallels seemed like a cool idea to explore."

"We re-recorded the song and gave it lush orchestration," Kleczewski says. "I knew this piece would be longer than the original, so I wanted the song to build as the story evolves. Simone was incredibly gracious in letting us completely augment—some might say butcher—her beautiful song. She apparently liked it so much she plans on re-releasing this version as a new single."

He adds: "I didn't want to completely replicate the original spot, as I wanted to make sure the human element of the mechanics' work and Fabian's photography came through. The entire point of this piece was to demonstrate the meticulous level of human craft, since I knew people's first impulse would be to assume this is all CG and fake."

All told, the video and poster took a year to produce, including editing, animation and 3-D styling.

"As a filmmaker who does a lot of work in the car space, I'm always looking for ways to do something different," Kleczewski says. "Car advertising has a very expected look and rhythm to it usually. I don't really come from that world, so I like to try and bring an outside perspective. Luckily, car enthusiasts are some of the most passionate people out there, so if you bring them the emotion and experience, they will usually love it."

The R8 was mostly reassembled and painted orange (like Tony Stark's model) for "Hollywood Dream Machines," an exhibition of movie cars and props at the Petersen Automotive Museum in Los Angeles. For the installation, the striking back-end effect was achieved by suspending various parts from wires, while an Iron Man costume stands guard nearby.

Taking the 2007 ad into account, it's no stretch to say that the enterprise records the birth, death and re-birth of a mighty technological machine. The R8's association with a box-office franchise and marketing campaign adds a layer of social commentary. Transformed vehicles speed through Salvador Dali's oeuvre, and this initiative, unwittingly or otherwise, moves in a similar direction as Audi invites us to ponder a car's transit across the highways of consumerism, media and art.

There's just one last thing … doesn't the smashed-up back-end suggest a crash? Surely, that's an association Audi would rather avoid?

"I haven't really heard anyone see it that way, but to each their own," Kleczewski says. "I think most fans see an articulation of their passion for the brand in that image. All of that meticulous German design and engineering is on full display, reminding the world what a beautiful beast the R8 is."