Judging an Album by Its Cover: 8 Favorites of Oberland's Arnau Bosc

As a music fan and graphic designer, finding new album covers that emotionally resonate with me can be challenging. It's difficult to separate appreciation for a great album cover from the personal biases I might have toward a particular musical artist. Nostalgia can get in the way here. Great art does not guarantee quality music, and good records are often adorned with bad art. Nonetheless, some musicians have good instincts for curating their visual art and overall presentation, which helps to build a sense of aura that goes beyond the limited confines of a square image. This list is my attempt at celebrating a few great album covers of music I care about, with a healthy dose of jealousy to the designers and artists that made them. 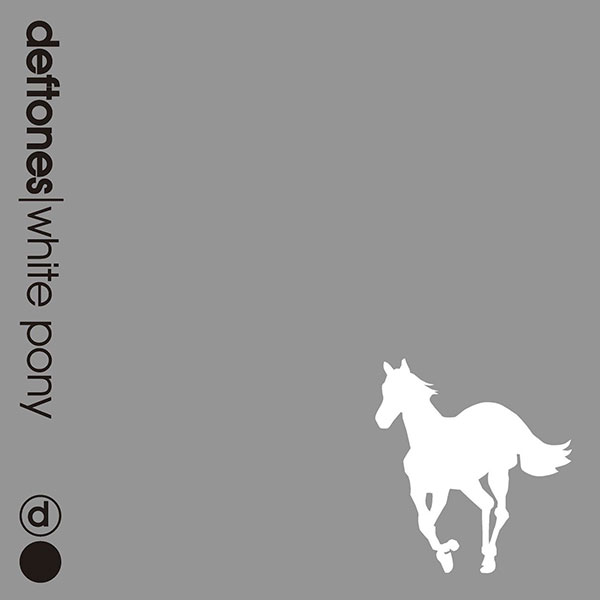 Deftones released a few versions of White Pony, each with its own cover. The one that appears on streaming platforms, a reissue that the band later regretted, is not the one I prefer. I've always admired the minimalism of the original: a white silhouette of a horse in the bottom right, a vertical strip of the title set in ITC Avant Garde Gothic on the left, and two subtle icons, all on a silver gray background—plain and simple, yet elegant and intriguing. The execution is stark and cold, which contrasts with the idyllic images one might associate with a pony on a farm, making the album a classic example of how cover art can lure me into the music behind it. With its sensual mood and atmospheric layers, White Pony consolidated Deftones as mature and sophisticated musicians, distinguishing their material from the histrionic and adolescent themes of their nu-metal contemporaries and enshrining the white pony as a defining image for the band. 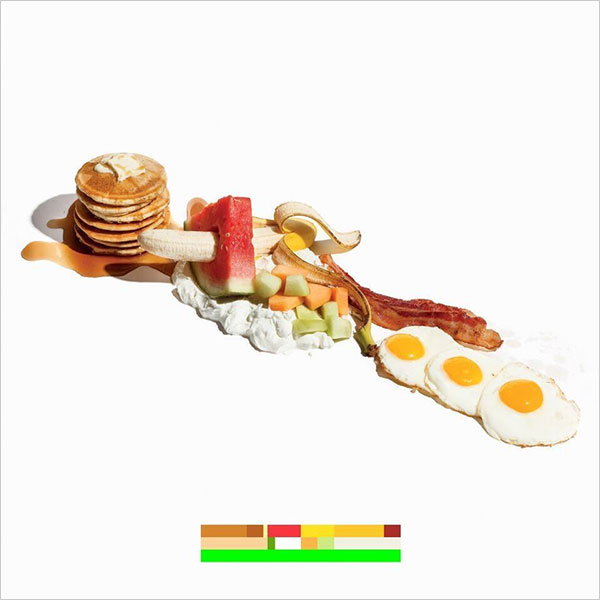 I was already a big fan of Battles when this album came out, and very familiar with guitar and bass player Dave Konopka's excellent art direction, but this cover made me wish I had done it myself. Following the trend of their previous release Gloss Drop, Battles offers an odd arrangement of food items, including a banana penetrating a slice of watermelon. The photograph seems to be a modern take on the pictorial tradition of still-life motifs, but placed against a sterile white background, like a "white cube"-style art gallery. The ephemeral installation is supported by different color swatches, each one corresponding to every type of food we see (perhaps a nod to New Order's 1983 album Power, Corruption & Lies). I like to imagine the linear stream of food elements as a visual depiction of the album's track sequencing—as if the band turned its music into food. A controlled mess that welcomes us to the weird playfulness of their sound. 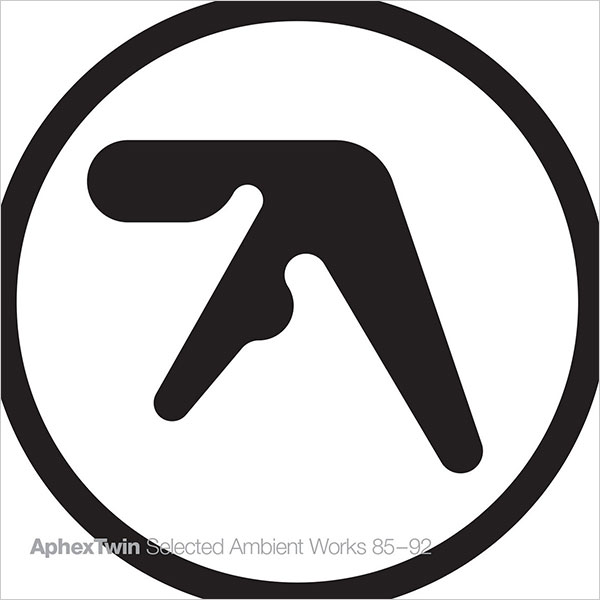 I love the modernist tradition of logo-marks and typography too much not to include this album art. Designed by Paul Nicholson, the Aphex Twin symbol is still instantly recognizable and fascinating. It works on so many levels. When I first saw it, probably in my early teens, I read it as some sort of spaceship, or a futuristic-looking arrow. It took me a while before I was able to identify the letter A. One can even also see the letter T, making the mark an economically constructed monogram. Its complexity is equally matched by its simplicity, fitting the advanced, forward-facing musical identity of Richard D. James perfectly. Aphex Twin still uses the symbol on a number of visual materials to this day, an icon that will be part of the visual lexicon of electronic music forever. 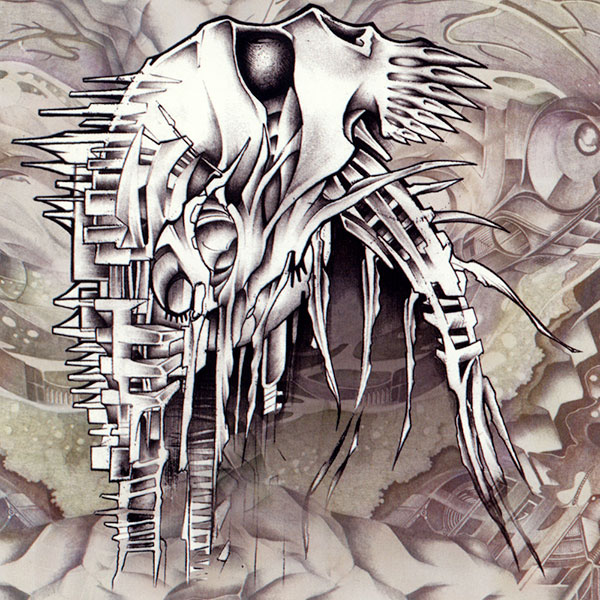 This cover was my introduction to BTA, and it summarized everything I loved as a progressive metal nerd around the time their first EP came out. The north-facing, grotesque-looking skull, illustrated by artist Terry Grow, blends into a multitude of intricate biomechanical shapes, very much in line with the concept art found in films like Alien and The Terminator or video games like Metroid. On top of that, I can't help but notice the influence of the cartoonish, sci-fi art of Voivod drummer Michel Langevin (mostly known as "Away"), who drew the cover of their split EP with Orthrelm (although I always preferred the rough character and old-school techniques of RRRÖÖÖAAARRR [1985] and Dimension Hatröss [1988], both being honorable mentions on this list). The amount of detail in the cover's menacing creature and the surreal architectural abstraction of the accompanying patterns are a perfect match for the virtuous sonic assault of Behold… The Arctopus, a style they would continue on every one of their subsequent releases to date. 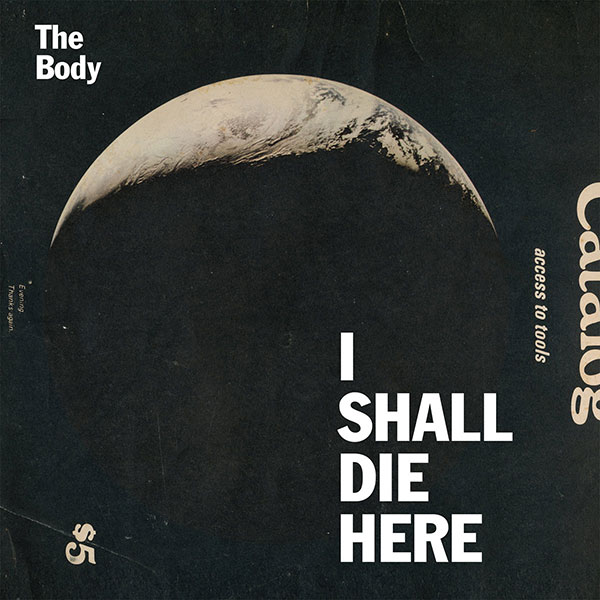 I was driven to this cover by the randomness of the type-setting and the unusual appropriation of an issue of Whole Earth Catalog, a counterculture magazine published in the late 1960s and early 1970s. A bold move by Brooklyn design studio Will Work For Good, the yellowed photo of a partially eclipsed Earth as seen from space accentuates the feelings of existential dread indicated by the album's nihilistic title and lyrics, yet light years away from the magazine's optimistic vision. 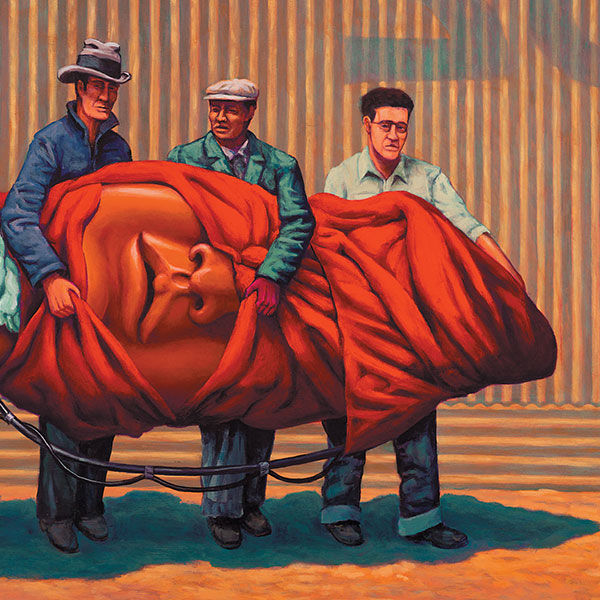 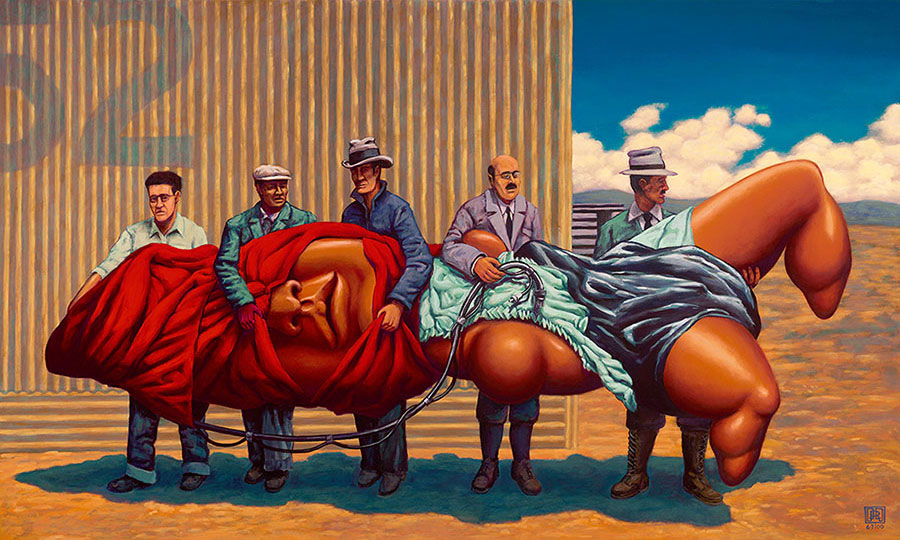 The Mars Volta's discography is filled with great art. The first two albums by legendary designer Storm Thorgerson featured his signature surreal photographic scenarios, but it wasn't until Amputechture that the cover art really spoke to me. The cropped painting that serves as the album's cover, Big Mutant by Jeff Jordan, features a blue and orange palette, adding warmth that the prior records lacked, so much so that Mars Volta used Jordan's paintings on their next two albums. This aesthetic shift not only matched the band's absurdist, dreamlike lyrical themes, but also complemented the rich and multi-layered production of the prog-experimentalists. The entirety of the painting—five men carrying an amputated giant humanoid figure (with the face of Buddha?)—is revealed on the vinyl gatefold. The men look like early-to-mid-20th-century factory workers, reminding me of some of Diego Rivera's murals. 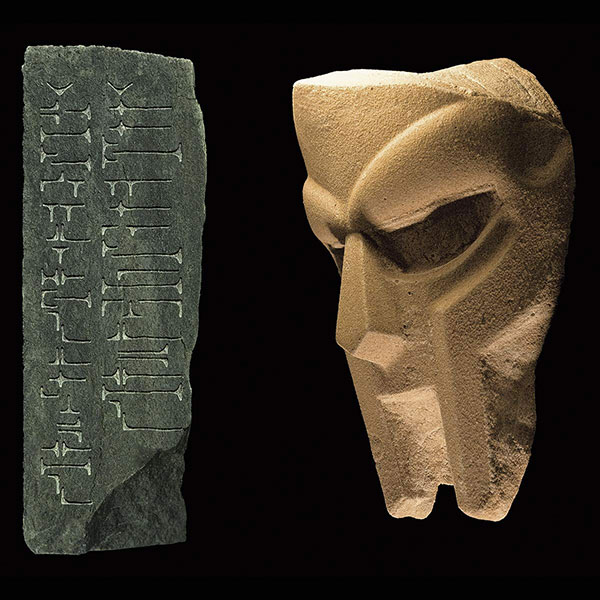 Despite never being a massive hip-hop fan, Born Like This holds a special place in my heart—and a big reason is the album cover. The petrified golden mask floating over a black void had a magnetic effect on me. And why was there an ancient Mesopotamian-looking stone next to it? I still haven't figured out the story behind the cryptic scriptures carved into the green marble. Is there a secret message to be decoded? The image leaves more questions than answers, but there is something appealing and reassuring about the aesthetics of aged artifacts. Perhaps a statement from the masked artist about one's legacy overcoming the erosion of time through centuries of history. Or maybe a more pessimistic take on the meaningless of it all, inspired by Charles Bukowski's poem "Dinosauria, We," from which the album took its title and a recorded reading of which is deftly layered on top of a sexy beat on the album. 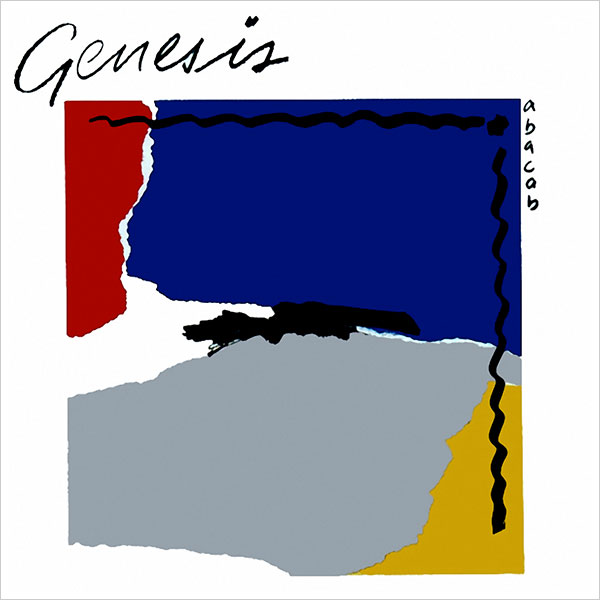 Abacab is an exception on this list: I still haven't listened to a single track. I just love the cover. Last fall I bought this album while browsing through the used vinyl section at a small record shop in Beacon, New York. I liked the tasteful formalist arrangement of the flat colors combined with the gestural sketchy quality of the black line work. The torn edges of the color blocks (as if they had been ripped) and the embossed finish suggested that a lot of care was put into the design. I had to have it. Designed by Bill Smith, the cover was originally conceived when Genesis guitarist Mike Rutherford pointed at a few small Pantone color swatches on the art director's sketchbook, an instinctive decision not unlike the one I made to pick up the record. Four different color variations of the cover were distributed, making it a fun collectable item. With this purchase, I was glad to be reminded of a time in life when my interaction with music had less to do with algorithms and more with a great album cover. Maybe someday I'll give it a spin.

Art of the Album is a weekly Muse feature looking at the craft of album-cover design. If you'd like to write about your favorite album covers, or learn more about our Clio Music program, please get in touch. 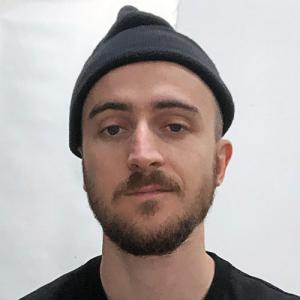 Arnau Bosc
Arnau Bosc is design director at Oberland and a member of the band Husbandry.
More from Arnau Bosc