Once upon a time, I was in a band, and we were fucking awful. So awful, in fact, I played one gig so drunk, with my back to the crowd, that I didn't realize I was playing my bass with only one string until the end of the set. No one noticed. Somehow, we were voted the 7th Best Noise Band in Kerrang Magazine back in 1989. Thankfully, we never got a deal.

Writing this it has struck me that another upside to this news is that we never got to fight about record artwork.

This is difficult. I don't know what makes a good record sleeve anymore than I know how to perform open heart surgery. Like book covers and the old Masters hanging in the National Gallery, they're as subjective and personal to each of us as the noises contained therein. My Bad Brains might be your Thelonius Monk; your Grateful Dead, my Slint.

I'm not sure I've ever really got a connection between the artwork on a record and the music. There are hints, for sure, but I grew up listening to music that made my mum cry. Records with little to no information on them, covers seemingly drab and handmade, smashed together in a car crash, the sounds of which ended up on the vinyl. I wasn't interested in mainstream anything. My folks had little to no interest in music so I learned nothing from them (although I'm partial to choral music now, so be careful kids…). My learnings came from older friends, from their punk and hardcore, their homemade mixtapes. This was my world.

I doubt any of the covers below would win a design award, but they're my classics, and they mean everything to me.

There is, however, one thing I can tell you with absolute certainty and clarity about the covers I've picked, and that is that it's taken me well over a month to write this, and I'm still not happy with my choices.

Anyway, in honor of my old band coming in 7th, here are 7 of my best. 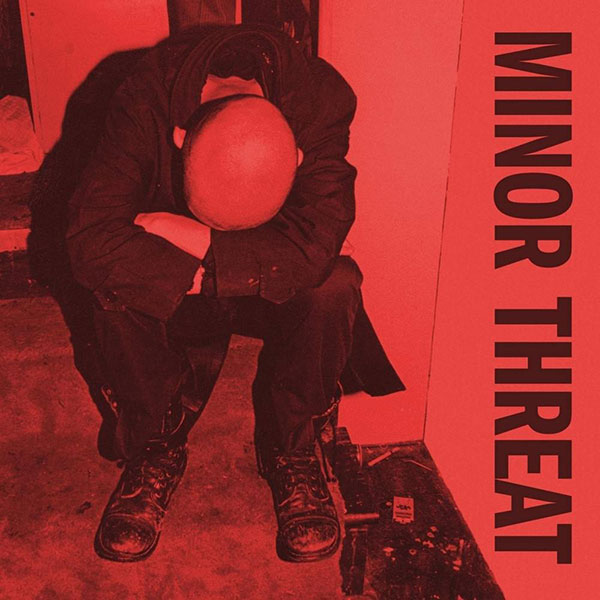 This was, and still is, played almost daily in my house. My wife hates it, my son loves it. It's as raw and desperate as the day I first heard it. The sleeve is an exercise in simplicity. The photograph of Alec McKay made me shave my head and aspire to feel whatever it was he was feeling. Is it a design classic? I don't care. Nike ripped it off and got sued.

I grew up liking music that no one else where I lived was into. It wasn't a badge of honor, it was dangerous. It made you an instant outcast, and you took the blows that came with it. The only time I ever found people that liked anything similar was at the shows. They were always older than me, and they never lived near me. I think the desperation and isolation in this sleeve permeated a lot in my life without me perhaps realizing. It's simple, pure and fills me with excitement every time I see it. 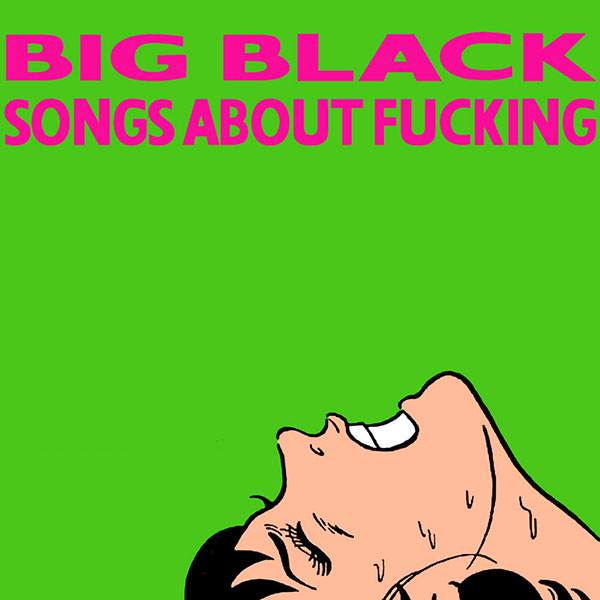 Is she trying to pull her tight jeans on? Maybe she's got her foot caught in a bear trap. Whatever she's doing, this was just an album of love songs, right? Wrong.

I'd never heard of manga when I got this album, but like all good things creatively, you leach off them. This record ruined my hearing, but visually, the impact it had on my life creatively was huge. It got me into cartoons, it got me to the cinema, it got me reading about American culture and opened up all sorts of doors. If ever a record sleeve and its songs contributed something vaguely intelligent into my life, this was it.

The atonal artwork, and ripped off scene from God-knows-what-cartoon made a sleeve so simple, funny and powerful, it nearly tore my head off.

Listening to this, there wasn't time to sit and stroke your chin, you just went at it. 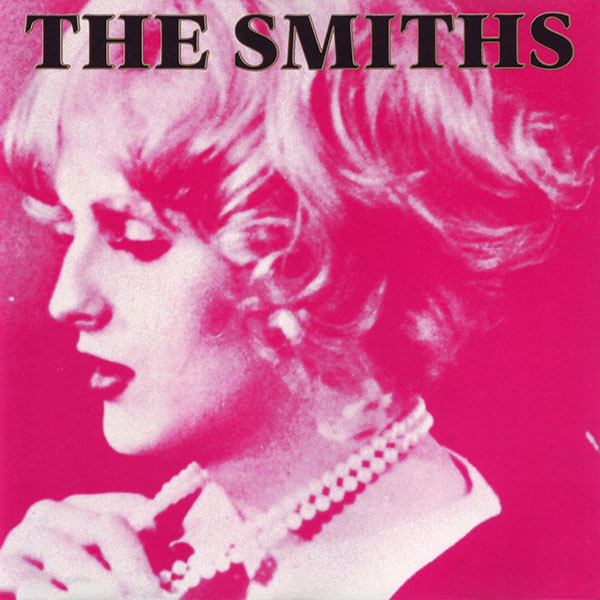 Before Morrissey went all wobbly and racist, he had really stellar taste in how to put a record sleeve together. I don't love this one any more than I love any of the other Smiths records I've got (and I've got the lot), but it's as bold and as striking as it is classy and simple.

The cover star, Candy Darling, left school because a group of boys tried to lynch her. She was the perfect outcast. Stunning and unperturbed by a life most extraordinary, she became a muse of The Velvet Underground and Warhol.

My point here is that through one sleeve, I worked out, listened to and sympathized with another alienated group of misfits, I listened to The Velvet Underground and realized Warhol was probably better than I first thought.

Every sleeve in The Smiths' oeuvre has a similar star and tale behind it. Culturally, I loved them. I loved finding out about these strangers' stories, and the music seemed the perfect accompaniment to reading about them, too.

Then Morrissey went all wobbly and racist, so fuck him. 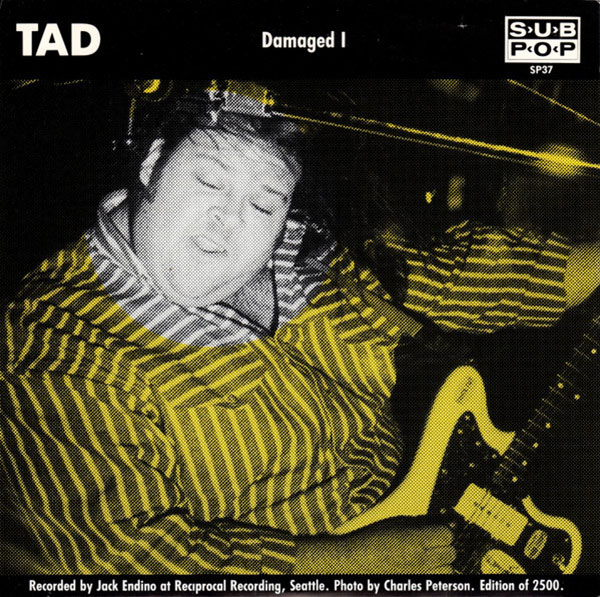 It's not so much this cover that I love, more the whole ethic that went with it. Sub Pop as a label defined that awful term "grunge" but they also had the sense to offer us, dear reader, this output, the Sub Pop Singles Club.

For the princely sum of about $50 a year, you got 12 seven-inches, sometimes pressed on crazy puke-colored vinyl, in great split fold-out sleeves, wrapped in heavy plastic that would just blow your mind. It was beautiful.

The covers varied massively in design quality, but they all had that bar across the top making them super easy to find in your collection. The artwork was hit and miss, but there was a very punk feeling to owning one of these, let alone being a paid up subscriber to get all of them. It was all very limited edition, and it opened my eyes not only to some great music, but also to a great community of like-minded souls.

You could spread the word, put them on mixtapes, and introduce your friends to some very weird shit they'd never hear otherwise. iTunes and Spotify have killed it all, obviously, but I've still got the memories and the records. 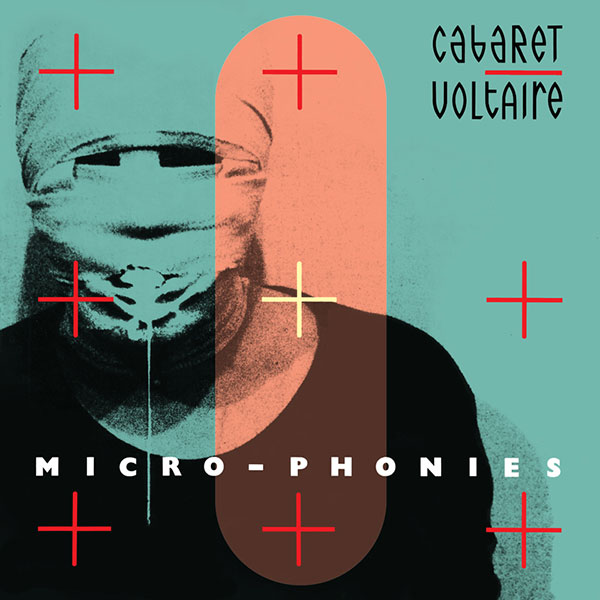 Neville Brody shares a birthday with me, but that's about it.

I didn't particularly love Cabaret Voltaire, but when I saw this sleeve I had to have it. The dribbling, bandaged face staring blankly at you, coupled with some sterile but perfectly set type, lured me in.

I loved the design so much, I started reading The Face, which opened my eyes to a world of fashion, music and style that I would have probably avoided if it wasn't for Neville. It encompassed a world straight out of punk and hardcore, but slipstreamed into everything good that was going on in Britain at the time.

I bought everything I could that he'd designed—books, magazines and record sleeves—and soaked it all in like the good little sponge I am. I bought a Rotring Pen and a shitload of straight edges, and started making collages and posters for friends' bands. It was all very simple, very minimal, but also very satisfying. It was also nowhere near as clever as anything he ever did. But this sleeve was one of the main reasons I decided I wanted to go art college, and why I like to keep my sock draw tidy to this day.

Butthole Surfers
Cream Corn From the Socket of Davis (1985) 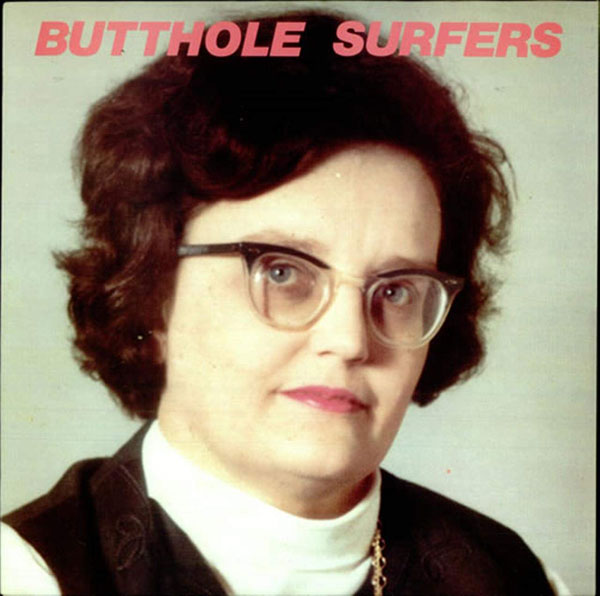 I saw this sitting in Rough Trade in Covent Garden in 1986, I think. It took my breath away. I swear to God, I bought this because I thought it was my mum on the cover. I got it home, opened it up, and was very disappointed to discover it wasn't my mum, but I played the EP anyway.

The first song, "Moving to Florida," worried me. I couldn't figure it out at all. I played the rest of it and it all worried me. I rang my mate John Brown and he came round with some mushrooms and acid, so we sat there, listened to it out of our minds and it all made sense. Or so we thought.

A coupIe of years later, we went to see them at the Mean Fiddler, a venue down the road from my house. I watched a backdrop film of a penis dissection while Gibby Haynes screamed into his microphone, and Paul Leary played some weird rockabilly, the two drummers nearly knocked me out. I went deaf, and thought it was the best thing I'd ever seen. It suddenly all made sense. There were 2,000 people outside rioting because they couldn't get in, and I felt very lucky to be there.

So here's to you, Mum. It wasn't you, but it was all your fault. 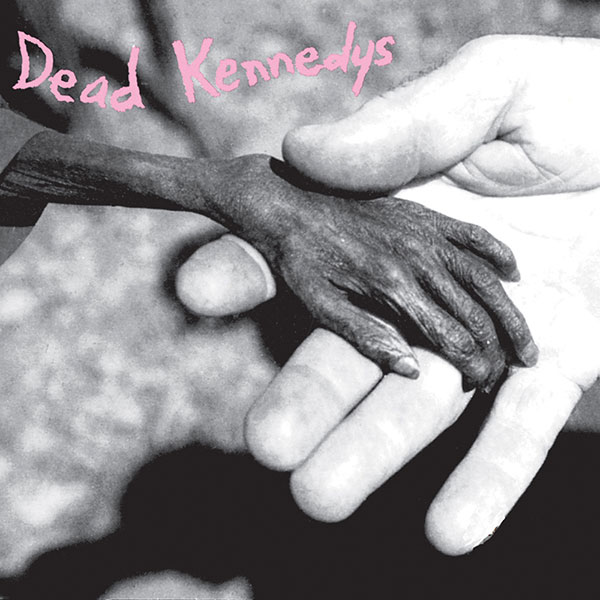 Finishing on a lighter note is this. There's not much to say about it apart from this still happens all over the world, so donate some of your hard-earned advertising money, and let's try and put a stop to it.

We can try harder. 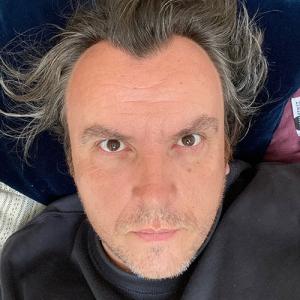