I'm a photographer who has always been deeply obsessed with the world of music. Being an "artist" comes with its ups and downs. Quite a bit of downs. Music is the nurturing hand that is there when no one else can be. Music has always frustrated and challenged me, as I can't quite get the hang of BEING a musician myself. I've found my own space in the world of music through shooting and creating album covers. I couldn't have asked for a better niche in the art world. I get to dive into the brain of a musician and try to unravel why they created a piece of music and help them create a world of visual art surrounding it.

The majority of these covers are from the late '60s and '70s. Not to say people aren't shooting good covers anymore. From Tim Walker's Fine Line cover for Harry Styles to David LaChapelle's AstroWorld cover for Travis Scott, photographers are absolutely still creating visual gold. But album covers will never be quite like they were back in the day.

King Crimson
In the Court of the Crimson King (1969) 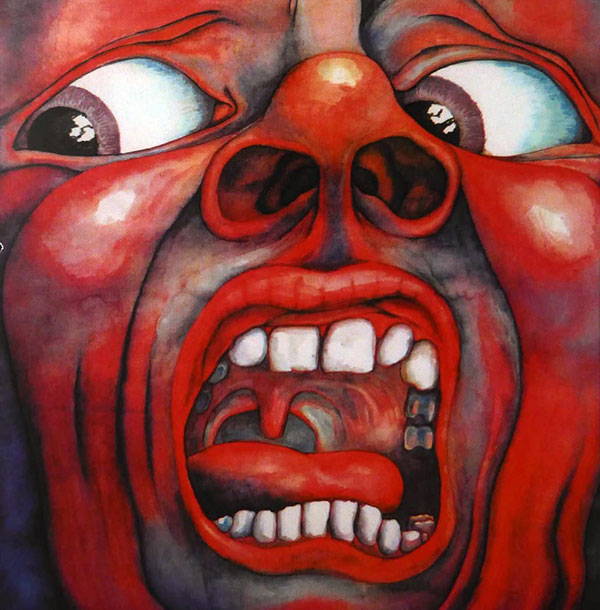 One of those album covers you see so many times that it feels embedded into your existence. Red blood shrilling prog rock. It's loud to say the least. If I could only pick one to listen to for the rest of my life, this is it. "21st Century Schizoid Man" going into "I Talk to the Wind" is an absolute mind fuck. A breath of fresh air. I was sitting on my friends couch when I was 18 when I heard that transition and I was shook. Robert Fripp is the puppeteer of King Crimson and the only lasting member … which says a bit about his patience levels. But with that level of genius, can you blame him. Art is by Barry Godber. It was his first and last album cover. You did good, Barry. 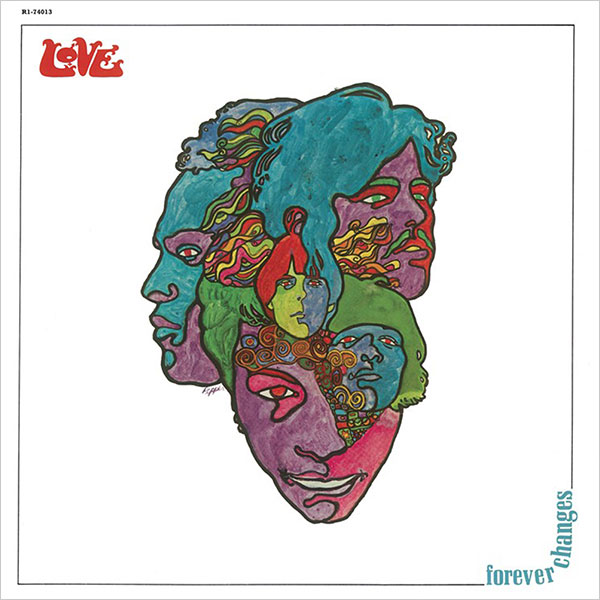 Everything Arthur Lee touched turned to gold, and this one is my particular favorite. Late '60s and obviously pretty heavily influenced by the counterculture. It's pretty light and happy musically, but the lyrics are super dark, taking you through a roller coaster of mortality and disillusionment. The album cover, by Bob Pepper, is pretty simple, the classic psychedelic line portrait, yet extremely iconic. 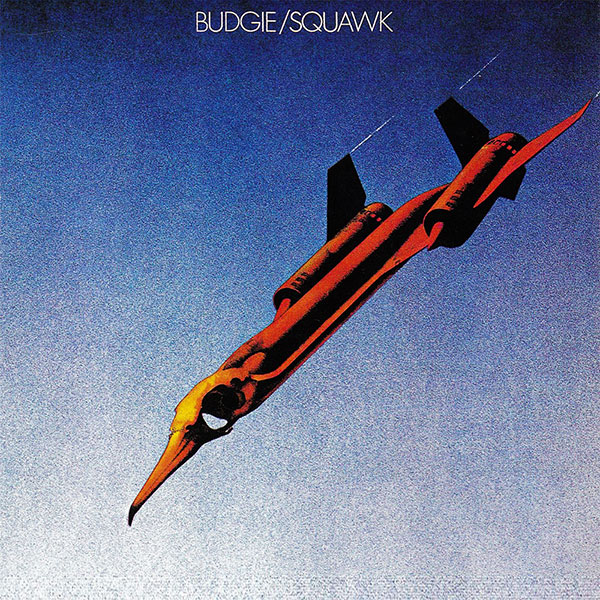 This album cover is the trifecta for me. HUGE Budgie fan, I have a healthily nerdy obsession with planes, and Roger Dean is by far my favorite artist of all time. The contrast of primary colors and juxtaposition of using a Budgie bird head on an SR-71 jet is genius. I literally have it tattooed on my arm and I don't get sick of looking at it. If this is an intro to Budgie for you, definitely listen to their other album, Never Turn Your Back on a Friend, first. It's their best, in my opinion. 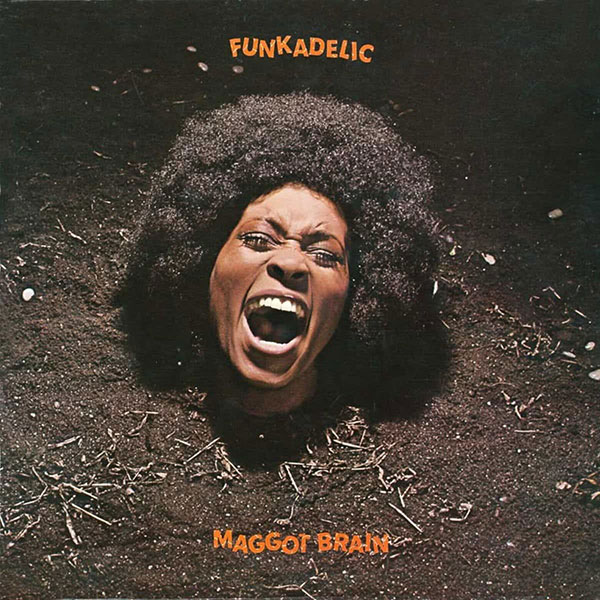 Man, this cover has got to be the best ever shot. AND the album is perfect. Funkadelic is a funk band, yes. But their messages and lyrics are beyond the confines of the word funk. It's dark. Coming from Parliament, and easing away from a Motown sound, Funkadelic is much stranger and heavier in all of the right ways. "Without conflict there is no destruction." Photo on the cover was shot by Joel Brodsky. 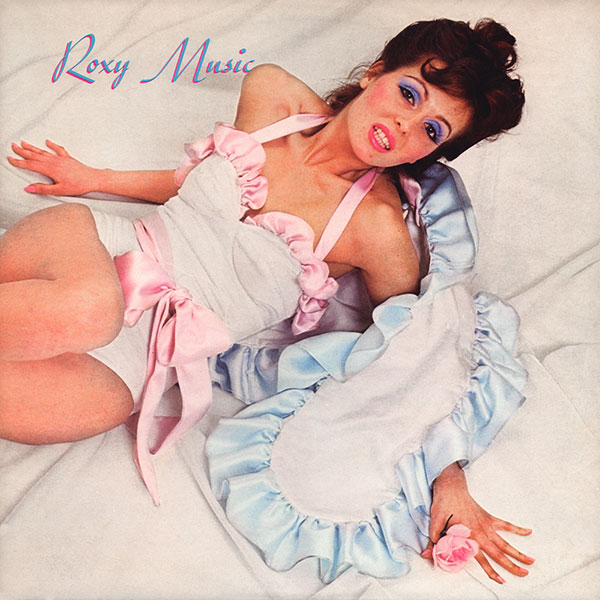 At first I thought the pinup cover was a little cheesy, and honestly thinking of it now it's still a little harsh on the eyes. It's one of those things I love so much and am not sure why. Years ago when my friends and I would leave the bar, I'd always take everyone back to my house for a dance party, and this was ALWAYS the first thing we put on the player. "If There Is Something" was a bit of an obsession within my friend group. About a minute into the song, Bryan Ferry does this vocal climax that leads into this instrumental section that makes me emotional every time I hear it. This entire album is gold. The cover photo is by Karl Stoecker of model Kari-Ann Muller, who was also on one of Mott the Hoople's covers, The Hoople, which is also such an iconic cover. 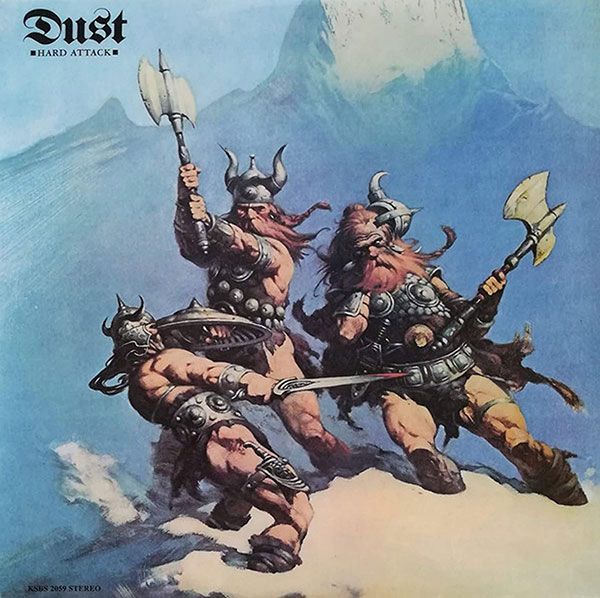 With a classic battle scene by Frank Frazetta gracing the cover, and an album full of amazing heavy rock, this album lives in my top list musically. It has a wide range of diverse songs, from the punchy "Love Me Hard" to softer melodies like "I've Been Thinking." This album is good through and through.

Ol' Dirty Bastard
Return to the 36 Chambers: The Dirty Version 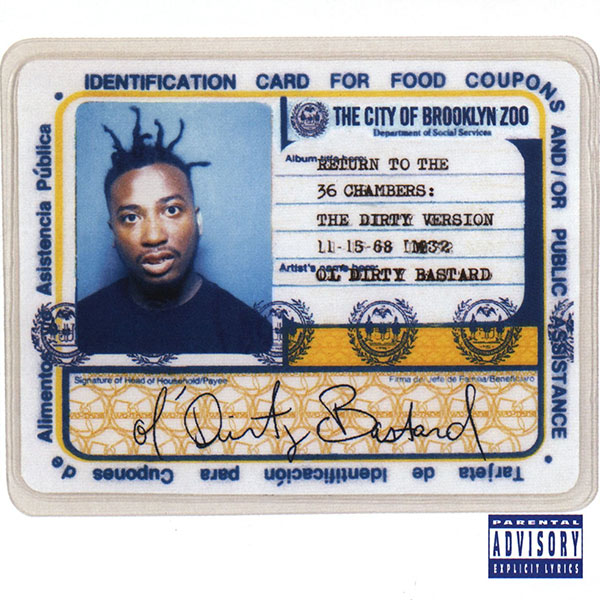 Ol' Dirty Bastard is energetic and chaotic, and his voice is infectious, to say the least. This album cover is absolutely one of the most memorable I've ever seen. It's artistically unique, using a welfare card as an album cover, genius. Wins me over easily using mixed media imagery, but he especially nailed this one. I want this plastered on my clothing, walls, wherever. 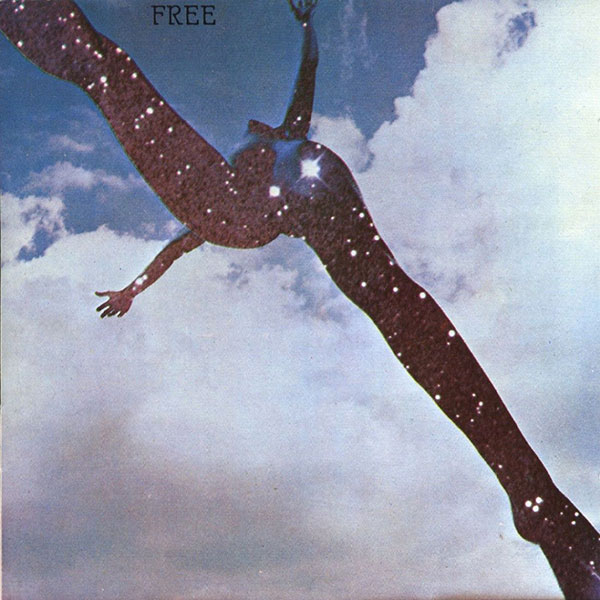 This isn't just a good album cover, this is an insanely good photo. It being an album cover just makes it twice as good. This is one of those albums I bought just because of the cover. It was a tiny sliver of the spark of my interest in mixed media photography and graphic design. The cover was shot by Ron Raffaelli, who was Jimi Hendrix's personal photographer for a bit, and went on to shoot Zeppelin, the Doors, and a ton of other iconic bands. Maybe not at the same pedigree as Storm Thorgerson in terms of clean graphic design, but there's something so beautiful and simple about this image. Tons of Sobs, their first album, right before this one, is my favorite musically, but this album cover takes the cake. 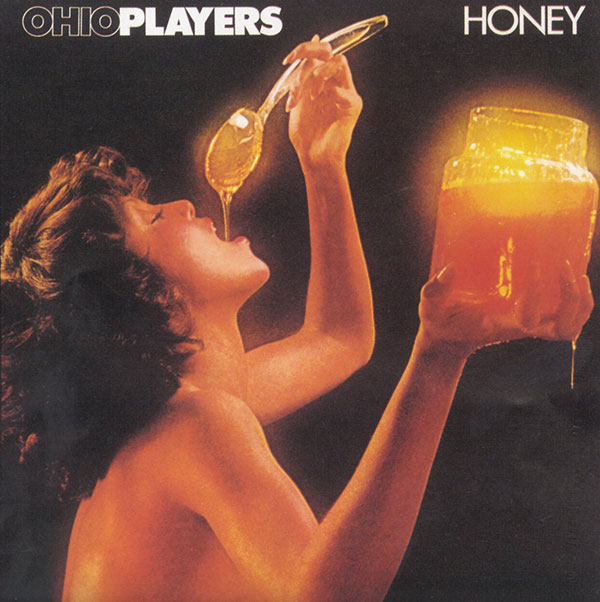 Ohio Players, the kings of the centerfold album covers. Shot by Richard Fegley, it's a wall hanging masterpiece. Racy and pushing a bit of controversy, but beautiful nonetheless. From Honey's Playboy Playmate Ester Cordet drizzling glowing honey all over herself to Pat Evans dressed in black leather with a whip on the Pain cover (shot by Joel Brodsky, also an iconic music photographer), every single cover is cohesive yet unique. 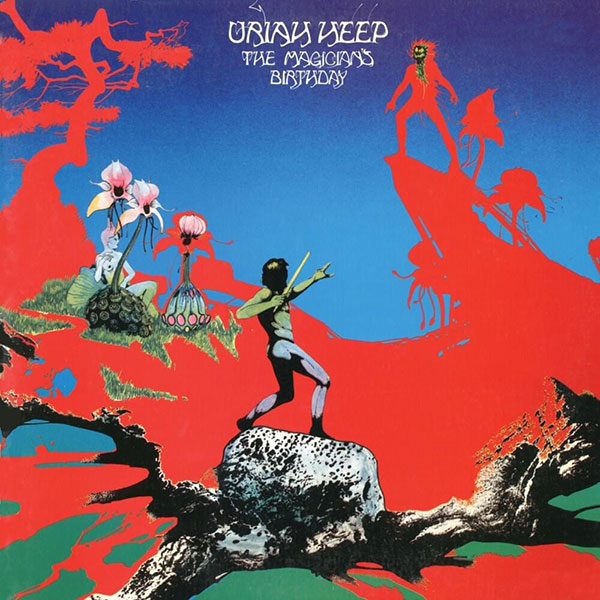 I can't count how many times I've heard, "My dad loves Uriah Heep." It's heavy metal with all the right kinds of cheesiness. I'm a sucker for wizards, mystics, swords and all that jazz. I musically enjoy their album Demons and Wizards the most, but this cover is SO good. This is another Roger Dean album cover. His album cover portfolio is beyond impressive. If you like sci-fi, architecture, music, and can find his art book Views online … buy it. His art brought me into the world of sci-fi that I love so dearly. If you remember one thing from this piece, I hope it's his name.

Art of the Album is a regular feature on Thursdays looking at the craft of album-cover design. If you'd like to write for the series, or learn more about our Clio Music program, please get in touch. 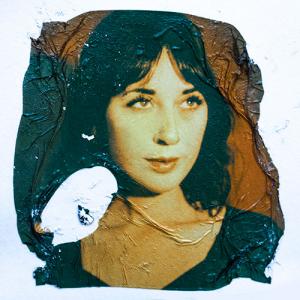 Dana Trippe
Dana Trippe is a director, photographer and creative director who has worked in the music industry for years. Starting off as a self-taught photographer, Dana transitioned into music videos, working with artists like Haim, Demi Lovato, and Willow Smith. She is repped by Ammolite Inc. See her work at danatrippe.com.
More from Dana Trippe