Each week we ask a luminary in the world of music packaging to write about some of their favorite album covers. Below are 10 picks from Hollis King, the former vice president and creative director at Verve Music Group.

Selecting 10 LP covers was a daunting task. As a designer and passionate music lover, my focus is the earlier covers that inspired me.

The golden age of design, everything was new, when everything is uncertain, you get to build a visual world of your own. A time that produced some of the greatest illustrations, photographs and design. The approval was very simple—musician, record company owner, in most cases the photographer, illustrator and designer were all the same person. There were no marketing departments. Leading this visual movement, David Stone Martin, Reid Miles, Milton Glaser, Francis Wolff, Chuck Stewart, Burt Goldblatt, Jim Flora and many more set the benchmark for visual language and design in music.

August Wilson, the great American playwright, says, "All art is political in the sense it serves someone's politics." Looking at these covers, from the '50s and on, I wondered what was going on in America at that time.

Herbie Hancock, 23 years old in 1963, is seen straddling the yellow lines in the middle of the street on his Blue Note cover Inventions & Dimensions. Why did he make that choice? The pose is almost defiant.

In June 1963, John F. Kennedy delivered a speech to the American people in which he proposed the legislation that would become the Civil Rights Act of 1964. It could be a coincidence, or he saw the new dimensions of the society. Like the music, these covers have held up very well to history. 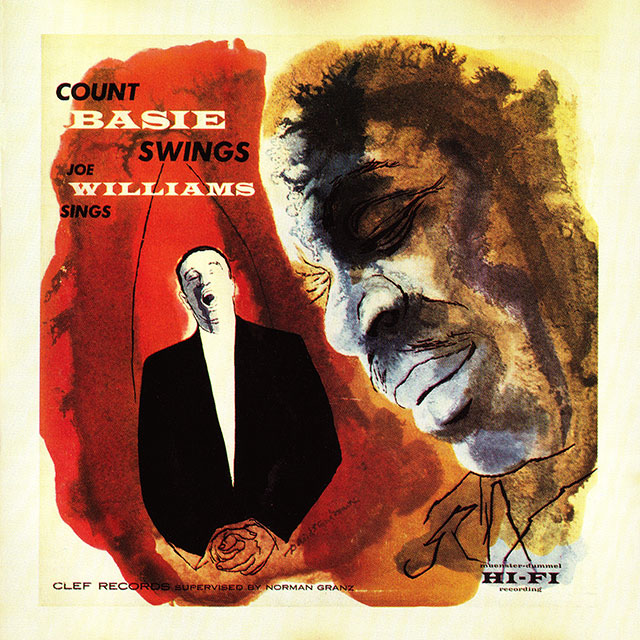 I love this cover by the prolific David Stone Martin for Verve. His calligraphic style linework shows tremendous courage and confidence. David was strongly influenced by Ben Shahn. He was a great friend of Norman Granz, the founder of Verve records. He did over 500 LP covers. 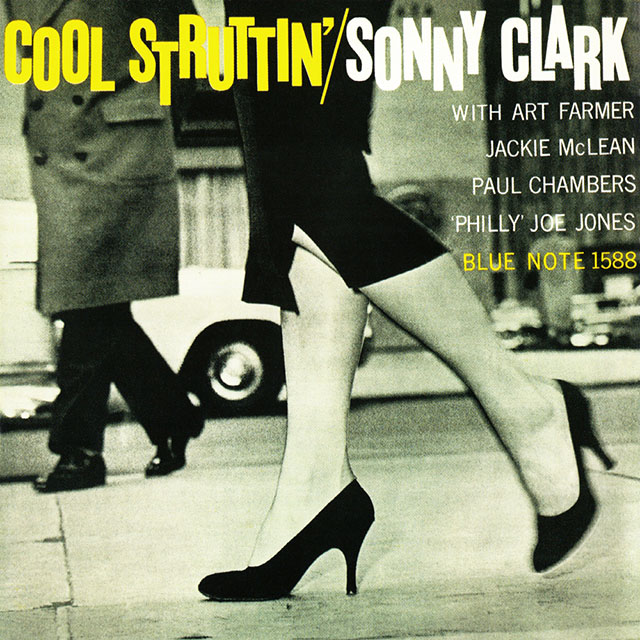 Reid Miles created the cool vibes for all those wonderful Blue Note covers. I think the type mirrors the strut of the woman in the foreground. Choice of type colors warms up the black-and-white image. 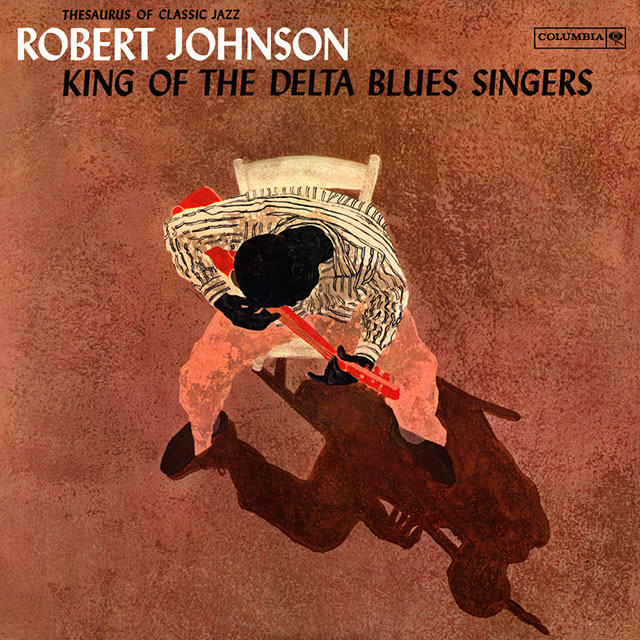 Burt Golblatt's illustration of this bluesman floors me every time, his use of space and perspective. Look at the way he treats the shadow—mesmerizing. Burt did many covers, he was a wise old sage. Burt would sometimes call and talk to me about his years as an author, photographer and illustrator. 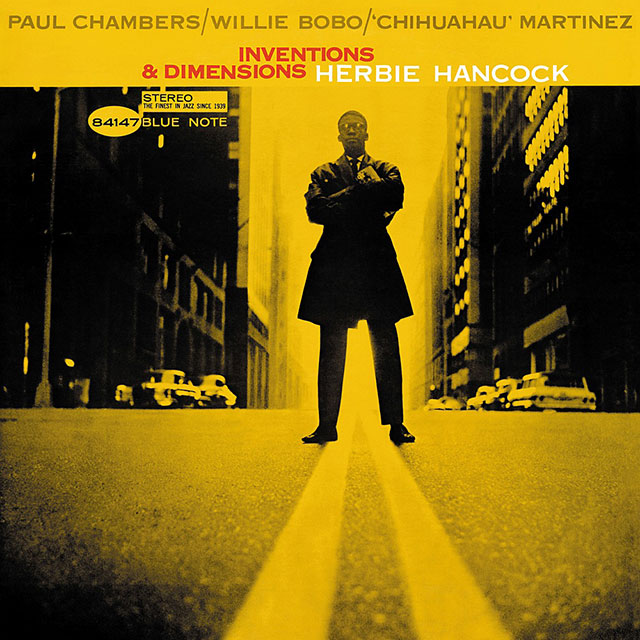 Herbie Hancock is 23 years old on this cover, shot from an angle that makes him larger than life. Francis Wolff is kneeling down, camera on the ground, lines directing your eye to the subject. Why this shot? Why is he straddling the line? What is the symbolism? Is this a political statement? I art directed "River," a tribute to Joni Mitchell, and a few other projects with Herbie Hancock. A smart and kind man. 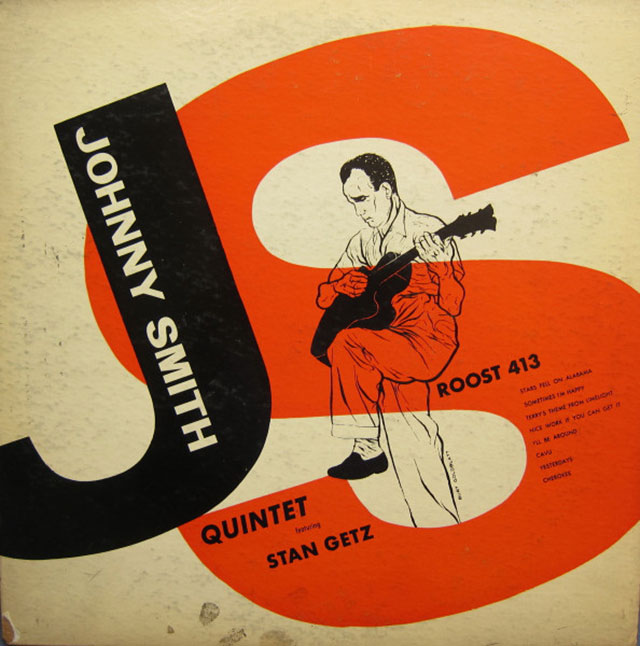 Another Burt Goldblatt cover, just delicious and bold. There is no Photoshop. Delicate brush illustration of Johnny Smith with india ink. J and S are hand cut layered pieces—amazing. Burt Goldblatt (1924, Dorchester, Mass.-Aug. 30, 2006, Boston) was an American art director, graphic designer, photographer and author. He was best known for designing the covers of jazz albums. Goldblatt fought in the Pacific theater as a member of the United States Army during World War II. 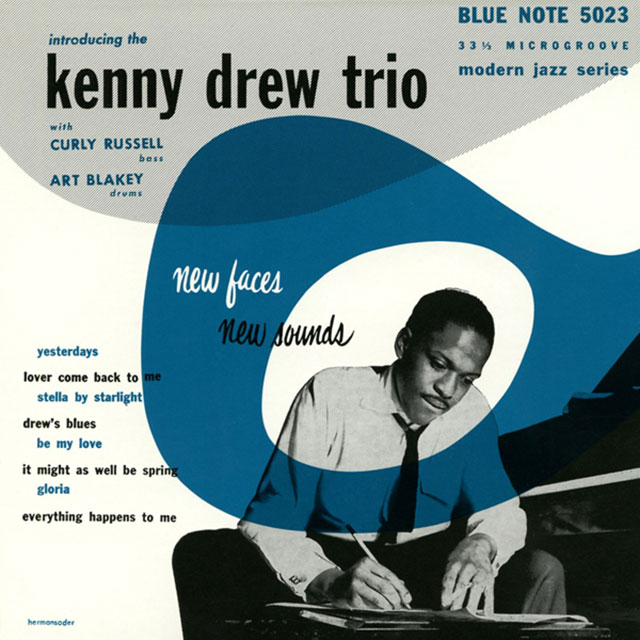 I love this black-and-white cover. Kenny Drew is dressed like a businessman. A man of stature—during this time in America, clothes meant much more than fashion. The colored layered shapes are very organic and beautiful. Kenny was riding segregated buses at this time. It mattered how he looked. 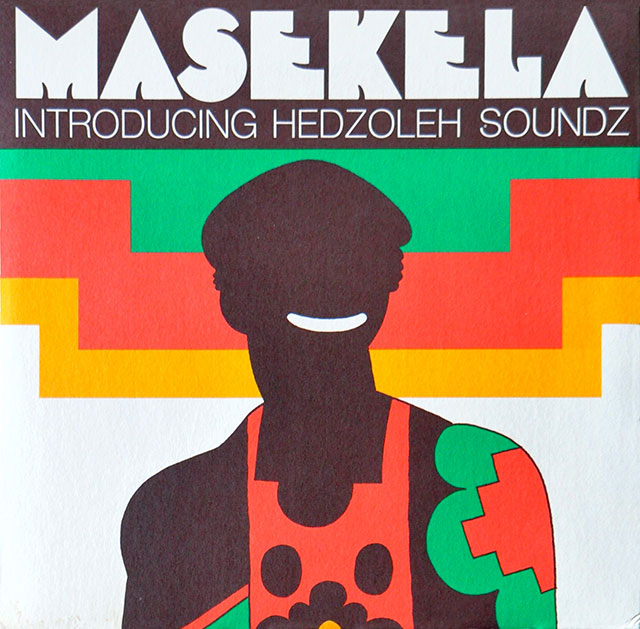 South African musician Hugh Masekela's cover makes me happy—the choice of colors and references to the Ndebele people of South Africa. Illustration is full length of the gatefold, brilliantly done by my former teacher and mentor Milton Glaser. Milton Glaser opened doors for me and showed me a brand new world. He changed my life. Hugh Masekela was exiled from his homeland because of apartheid. I had a chance to photograph him just before he passed away. I treasure the memory of our time together. 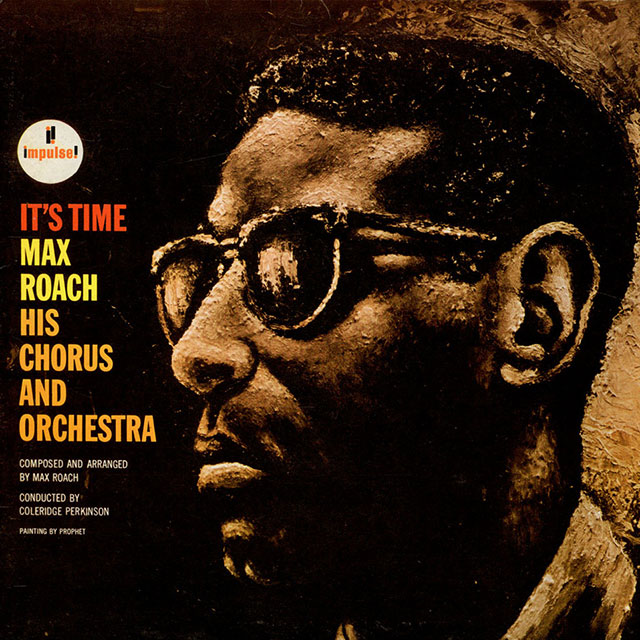 Impulse! Records created many memorable gatefold albums, with very sparse copy on the outside. Impulse! had its own aesthetic distinctly different than Blue Note Records. Prophet Jennings was a jazz cat, raconteur and painter who knew all the musicians. This cover probably was done through the artist and then referred to the label. Prophet later moved to L.A. and wrote comedy for Richard Pryor. I would visit Prophet in L.A. He would have me dying with his storytelling. 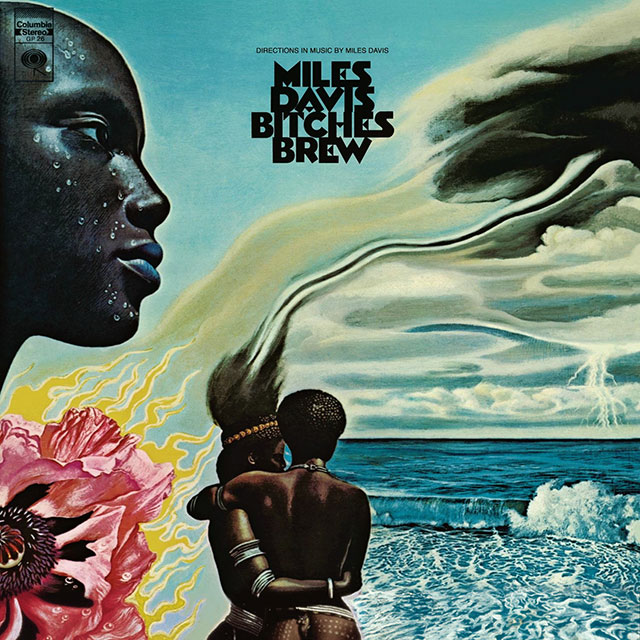 Mati Klarwein's allegorical covers are so distinctive in the Illustration world—there was no one else like him. This work is dreamy, imaginative and iconoclastic. He painted his subjects in a cloak of dignity. Mati did several stunning covers for Carlos Santana as well. 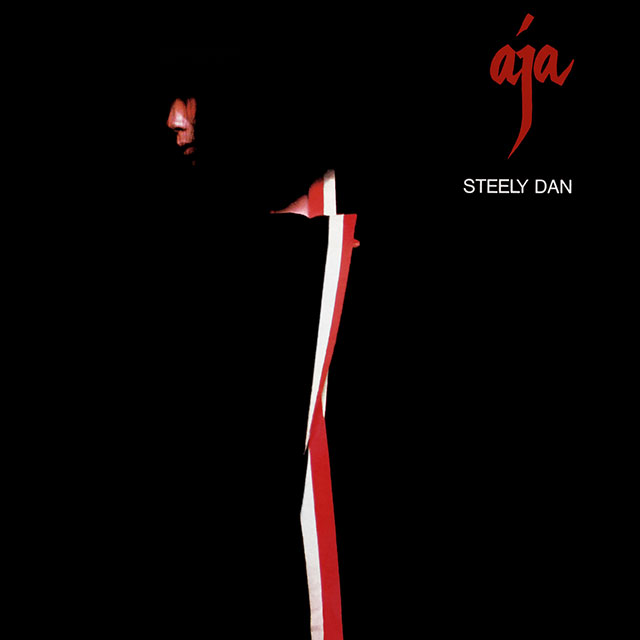 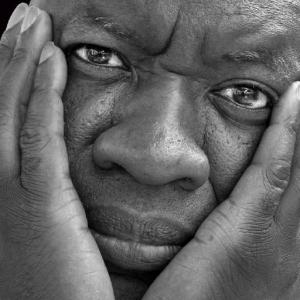 Hollis King
Hollis King is former vice president and creative director at the Verve Music Group, the largest jazz record label in the world. He was responsible for art direction of all CD packaging, logos, advertising, point-of-purchase and signage at the company. Photograph by Adriano Scongamillo.
More from Hollis King