It took, and does take, a certain amount of technical acumen to just listen to music. Or put another way, tossing a playlist to a toddler still won't have the same impact that giving them … wait for it … an album will. Which is why albums will always have some sort of totemic significance that will outlast the public's ability to remember what in the hell it does in the first place.

That is, its first and most important bite? Visual. Before you've heard a note, before there's a note to be heard, what you see is an open door into the musical oeuvre laid out for you by a band of musical artists who are using a shorthand that, if successful, attaches you to not just what you're hearing but what you're listening to.

So, even if the 12-inch-by-12-inch tableau is scrunched down to a digital fractional by the time it makes it to our phones, where, arguably, most of us listen to our music, squinting all the way, the reality is this: Genius art is a many-splendored thing. And even tiny, it transforms, sitting at the nexus of imagination, ideation and aspiration.

So, forthwith? A few of my favorite things. By way of covers. 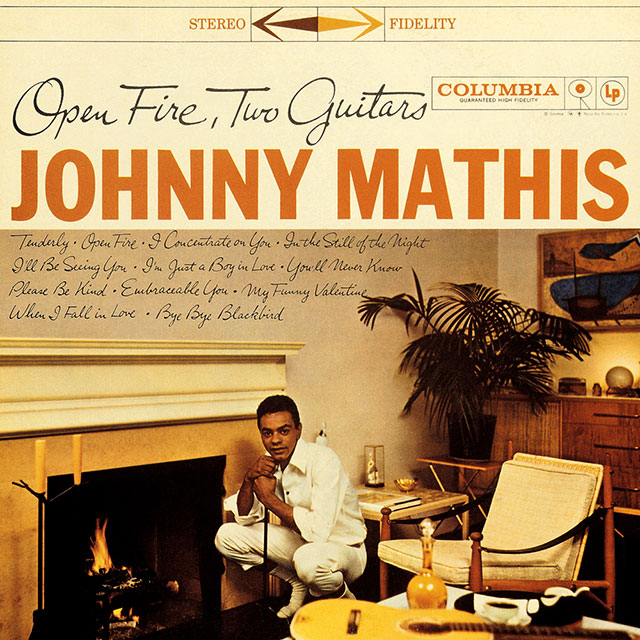 There was sort of this sweet spot in the mid-century modern mise-en-scène, and all of it is captured on the cover of a Gold record that, in a step away from the monster orchestral music of the day, really did just feature two jazz guitars. Or a guitar and a bass guitar and an athletic-socked Johnny Mathis on the cover about to stoke a fire in what would never have been embarrassingly called his "bachelor pad." Music to seduce by? Oh, yes. But with not an ounce of cheeseball and all deeply earnest like the best kind of entreaties. And dig that décor. 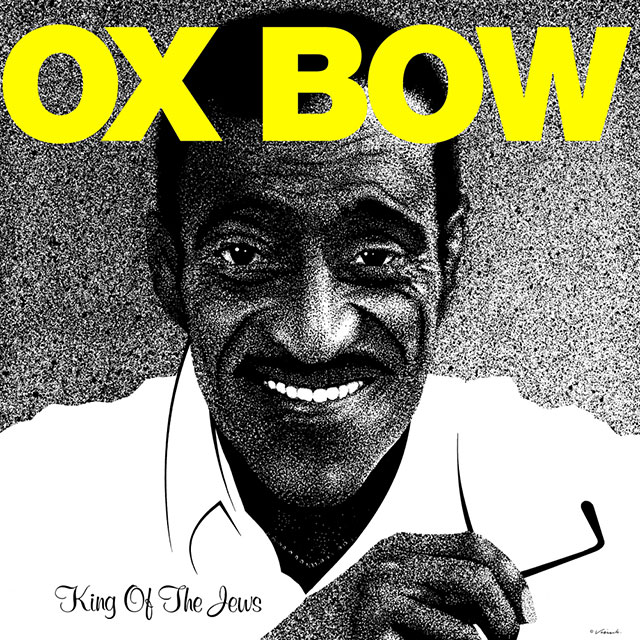 Jim Blanchard, a Texas-born, Oklahoma-raised visual artist, known to most, if at all, for the coruscating brilliance of his work for Fantagraphics, back when he was doing fanzines, had been tapped by, yeah, ME, to create the cover for King of the Jews with the only marching order being "Sammy Davis Jr." No Albrecht Dürer takes on God's only begotten son but a combination of arch and serious, Blanchard nailed the visual ID for a band whose music is wildly structured madness. The good kind. 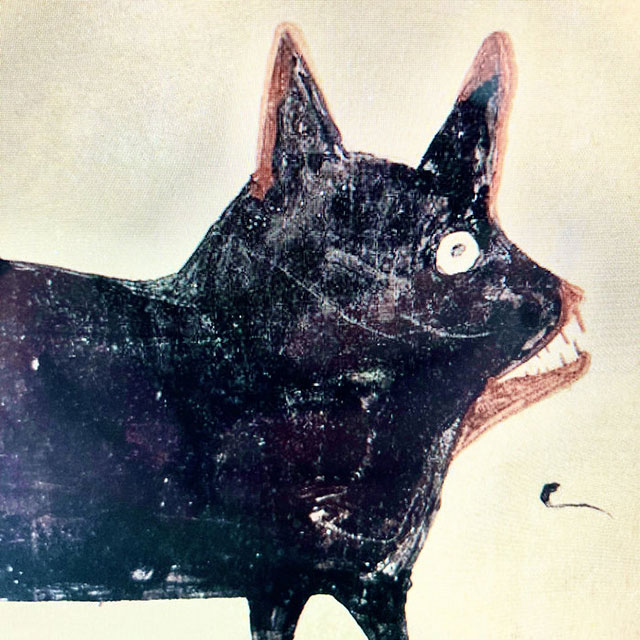 Bill Traylor, an American slave, who didn't hit his stride until he was 85 and produced over 1,000 pieces of art that laid out the world as he had seen it, would have been delighted to see his sharp-toothed animal festoon the cover of some fairly harsh post-industrial noise. Simple and weirdly stately, it's well-mated music/art, and for this we should be pleased. "His work is a remarkable example of how one can reorganize the ridiculousness of human existence," said Xiu Xiu founder Jamie Stewart. Yup, what he said. 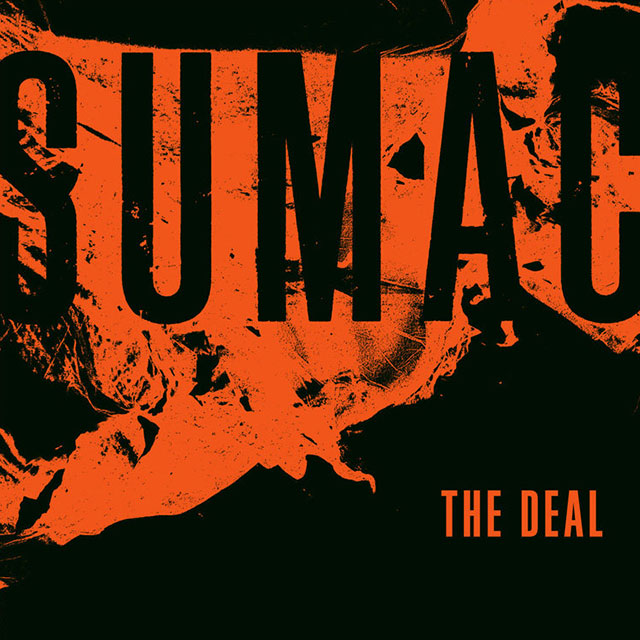 Somewhere someone stupid decided to call something "sludge metal," and sadly, bands like Sumac that while making music of the metal variety might balk that "sludge" describes it, are left countering with the only thing that remains: a decidedly beautiful text treatment and bold splash of color. "The idea of blood and flesh as a conduit through which to interact with the unknown…" opined Turner, "was an intended meaning." Intended and understood and all engineered by the husband-and-wife team of band lead singer/designer/vocalist Aaron Turner and artist/musician creator of the monoprint Faith Coloccia. 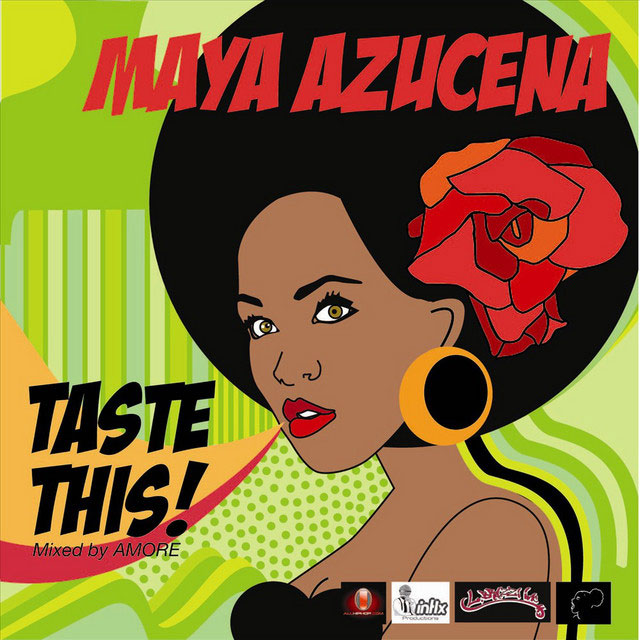 Part Peter Max-esque pop art and with its hands all over the neo-pop-soul that won her a Grammy the same year for a song she had done with Stephen Marley, Maya Azucena's electrified afro sets the tone for the cover and the music therein. You want a faithful art-fueled shock of the early '70s in one easy 12-by-12 package? Oh, you will. 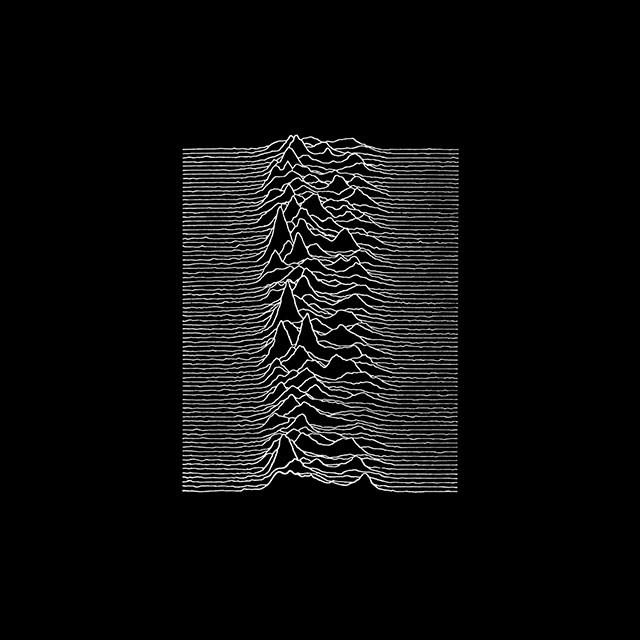 Peter Saville, if he never did anything else, did the cover of the only Joy Division record released during singer Ian Curtis' lifetime. A poster designer pressed into service as an album artist, Saville reversed out the image of radio waves from a pulsar for one of the more iconic record covers of the last 40 years. Simple and begging you to consider the differences between isolation and desolation, Saville's take both embodied and explained the drear of Joy Division's world view for generations of goth kids waiting for just that.

SS Decontrol
The Kids Will Have Their Say (1982) 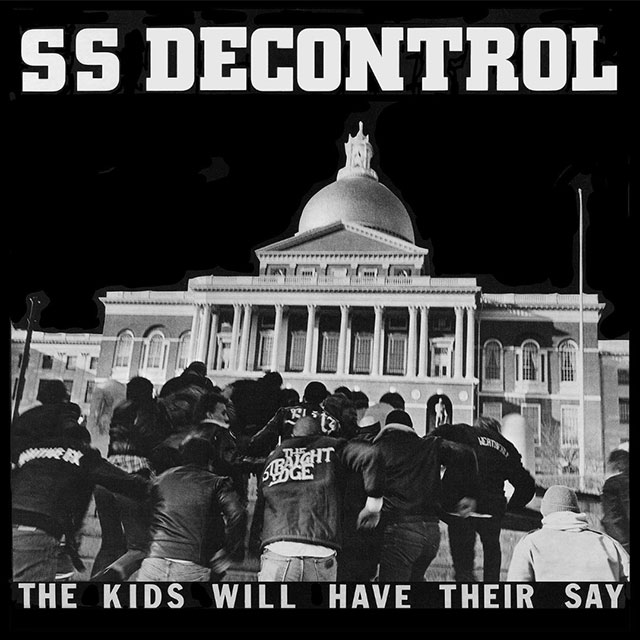 How do I say I'm old without saying I am old? Right here, baby. SS Decontrol, or SSD, a Boston hardcore band with all the brio that the age and the state of affairs of the time would dictate, roiled up and over the steps of the capitol in Boston, very specifically to have their say. Which at the time had everything to do with loyalty, being straight-edge and swearing off of booze and drugs, and not having the kind of physical problems that would make tearing up those same stairs today very difficult. The photo? A Philin Phlash original. 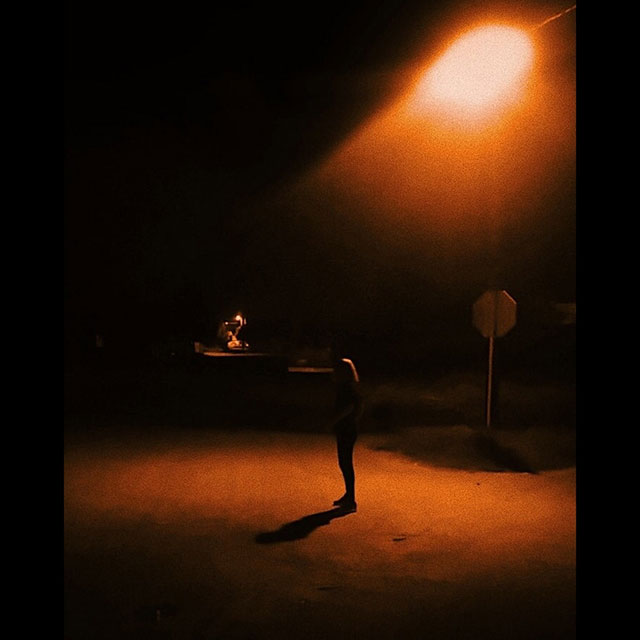 You have any idea what kind of I-dare-you guts are actually needed to name your band Sadness? It just begs for all kinds of abuse on so many levels if you fail to deliver. And there's that magic word IF. Because by the time you take a gander at the shadowy figure pinioned in the murk by a stop sign and some figure off in the distance, you understand, in total, that they are describing both a world view and a state of being for them. No if's about it. 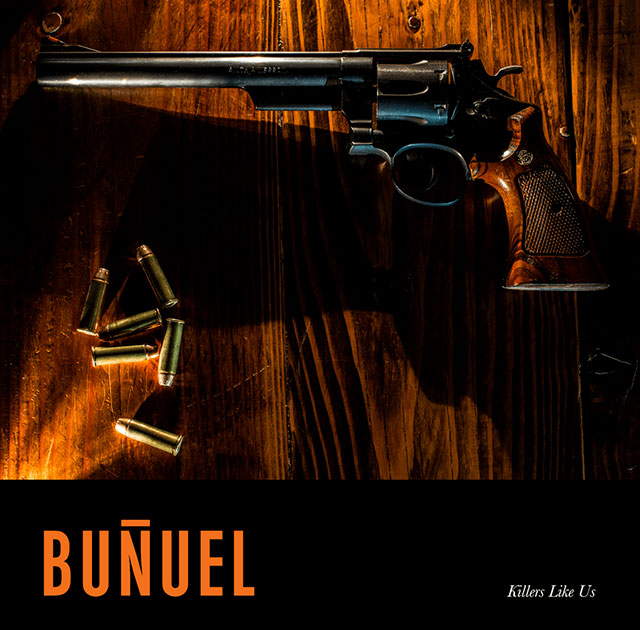 Everyone tried to talk me out of this cover. A still life with an instrument of rage, it seemed too freighted given the current political climate. But as rendered by photographer Kasia Meow, and with the bullets not clearly being placed in the featured gun, and very possibly being taken out of it, the cover of Clint Eastwood's favorite firearm breathes life into what you might expect from a record called Killers Like Us. A perfect noir antidote for whatever ails you. 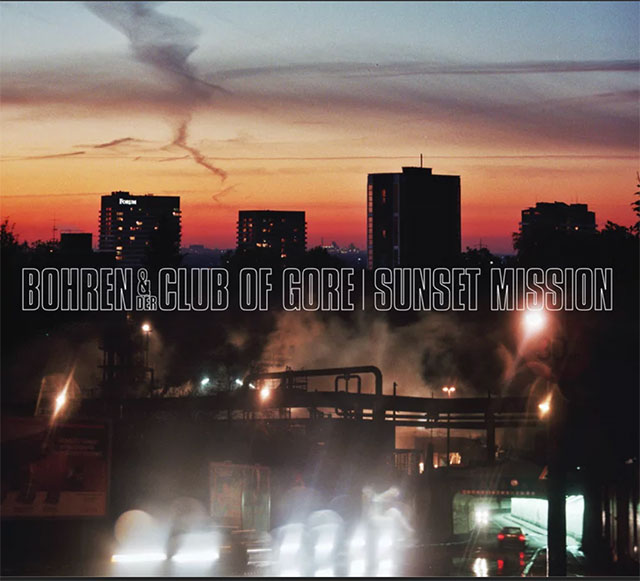 Similarly, the noir influence on both the outside AND the inside of this record creates a situation where I don't think I could love a record any more than I do this. Making it a shame that I almost got into a fistfight with them while being backstage at a festival we both were playing. These are the pitfalls of shared backstage areas, and I really am sorry I sat on their clothes while sweating like a pig but black clothing on a black couch? A mistake anyone could have made. But this record looks and sounds so good it makes me weep. 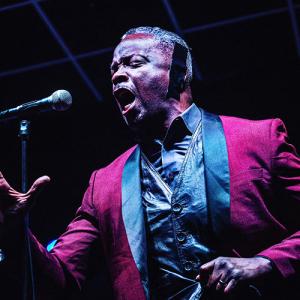 Eugene S. Robinson
Wongdoody assistant vice president Eugene S. Robinson, singer for both Oxbow and an Italian supergroup Bunuel, has helmed award-winning pubs for the last few decades with his work also appearing in The New York Times, the LA Times, GQ, Vice, MacLife, PC Gamer, the LA Weekly and more. A Stanford grad, Robinson appeared in the worst movie of 1987, Bill Cosby’s Leonard Part 6, and has worked with Gus Van Sant, Nick Cave, had a TV show in Germany, and had HarperCollins publish his tome on fighting. Outside of that? Well, his novel was just recently reissued in both French and Italian and his play hit (also in two languages).

And at Wongdoody? In addition to starting The Live Five, an interview/live event series that brings a range of creatives in-house to discuss the greater vicissitudes of the life creative—from actor/director John Cameron Mitchell and Chelsea Wolfe to Mike Patton and Vaginal Davis—Robinson has scripted articles uncovering the finer points of Wongdoody's take on the metaverse, as well as sustainability issues.
More from Eugene S. Robinson