This is definitely one of those things you could go on forever about … so many amazing albums, so many cool covers, how to choose!? With music and art being so subjective and the pool of possibilities being endless, I've landed on a few that make me smile, laugh, wonder or otherwise. Thank you to Muse by Clio for entertaining my peculiar and loquacious ways. I hope you enjoy. 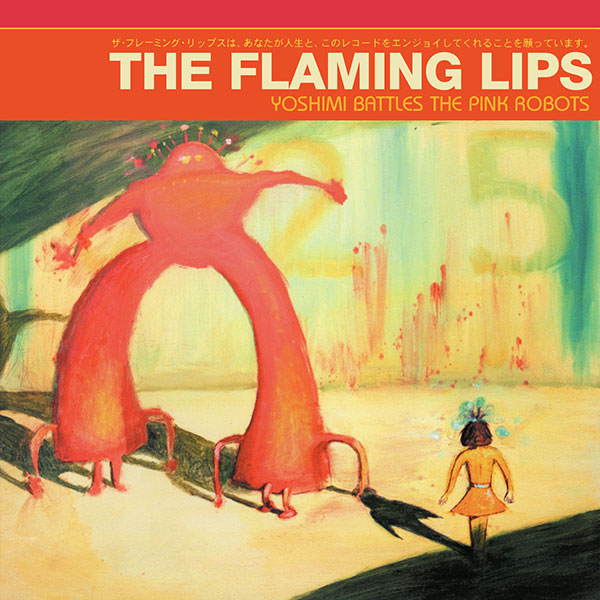 I love that Wayne Coyne created the visual component for this album and story. When artists' visions extend into auditory and visual realms, their creations feel so much more palpable to me. You know these fantastical worlds exist in such detail in their minds. This cover conveys so many of those intricacies—the robot's extra sets of tiny legs, the mysterious "25" on the wall, the blood spatters from a previous showdown. I'd take one-fifth of Coyne's imagination if it were up for grabs. 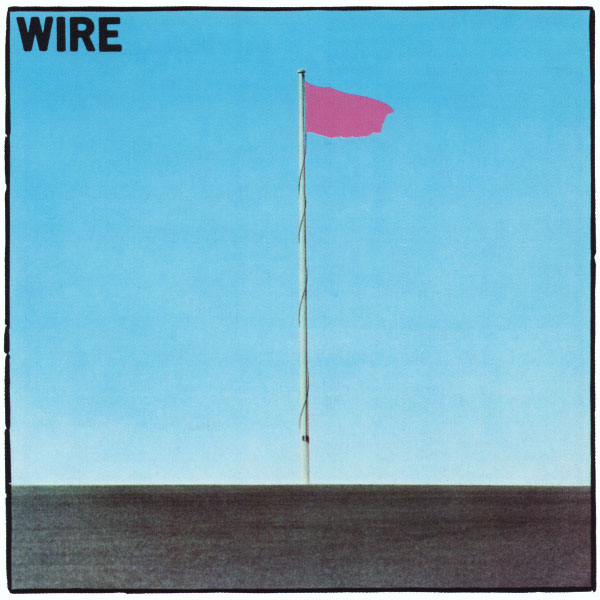 Sometimes simplicity can be a very alluring and memorable approach. Are we golfing? Where's the grass? Oh, it's a parade flag, eh? Is this a call to arms? "Three Girl Rhumba" had me feeling like I would have followed Wire to the edge of the earth. It's very possible that my love for this album cover is solely driven by the music beneath it. This was one of the first punk albums I ever heard. I remember thinking, "Wait a minute, I fucking love this." I went to Catholic school until college and was raised by a single mom (a glorious one) who would sooner throw herself off a bridge than listen to punk music. Now, am I saying I could have survived a Dead Kennedys show?  Hell no, catch me in the corner using someone … anyone … as a human shield. One of our mix engineers and a good friend of mine, AJ Murillo, has GG Allin tattooed on his shin … I'm well aware of how not punk I am. But for me, this album rides that golden fine line of being chaotically stirring but so pleasing on the ears at the same time. 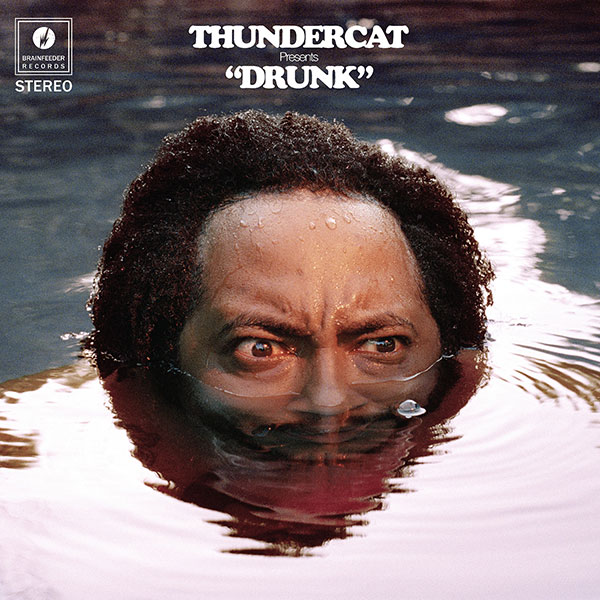 You cannot listen to the lyrics of "Captain Stupido" while looking at this album cover and not laugh. You cannot. Thundercat is a brilliant anomaly of talent, and I love his mind. He's remarkably original and skips across musical boundaries like nobody's business, but I'm a sucker for the humor behind it all. "I feel weird/Comb your beard, brush your teeth." "Still feel weird…" the next line is unfortunately inappropriate for such a publication, but the hilarity continues, I can assure you. I feel weird too, Thundercat. 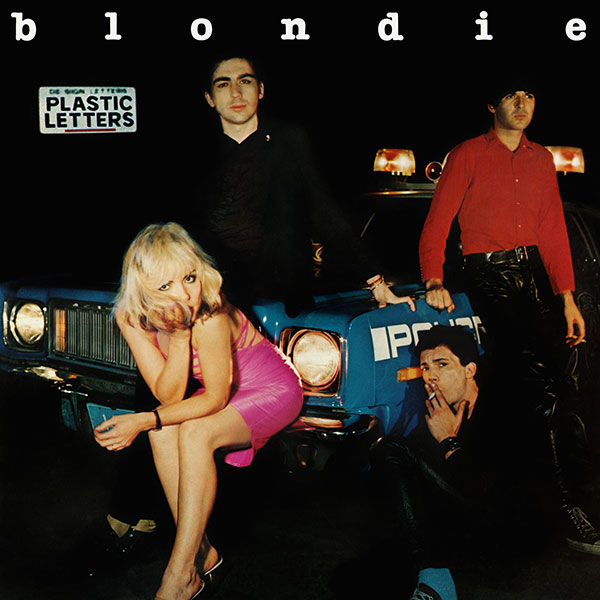 I just remember thinking, "Damn, I want to be her." This foxy, edgy young thing leaning off the bumper of a vintage cop car in a hot pink minidress. Keep in mind, I was probably in year five out of seven of my awkward phase at the time … greasy ponytail, braces as far as the eye could see, diagonal rubber bands affixed to the aforementioned tragedy. Debbie Harry is an inspiration and one of my favorites to belt in the car. Here's hoping you never catch me at a stoplight. 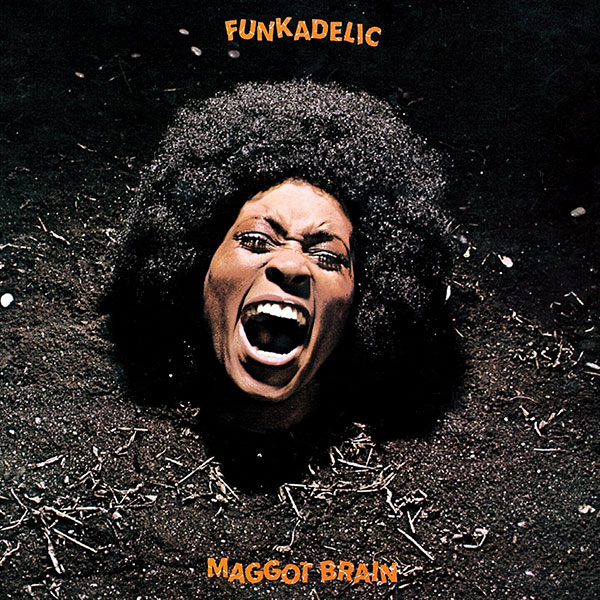 It doesn't get more striking and memorable than this—a perfect visual introductory to brace you for the beautifully dark psychedelic and incredible funk tunes inside. Simple as that, it's perfect. George Clinton is a legend. 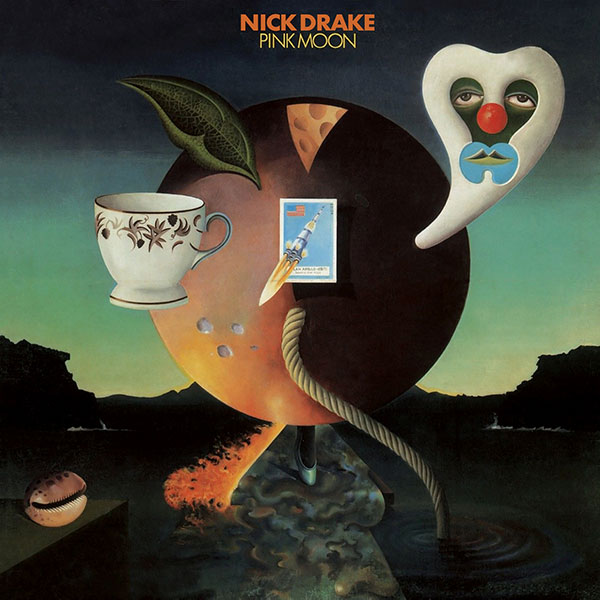 This is such an incredible painting from Michael Trevithick. It's so surreal and reminiscent of Dalí, and it really captures that haunting emotional space of the album itself. I love the composition and how those droll eyes stand out in that clown-like visage against the dark, eerie backdrop. I like the idea of one artist understanding another artist's message so deeply that they can create a visual counterpart to this degree.

Frank Zappa and the Mothers of Invention
Over-Nite Sensation (1973) 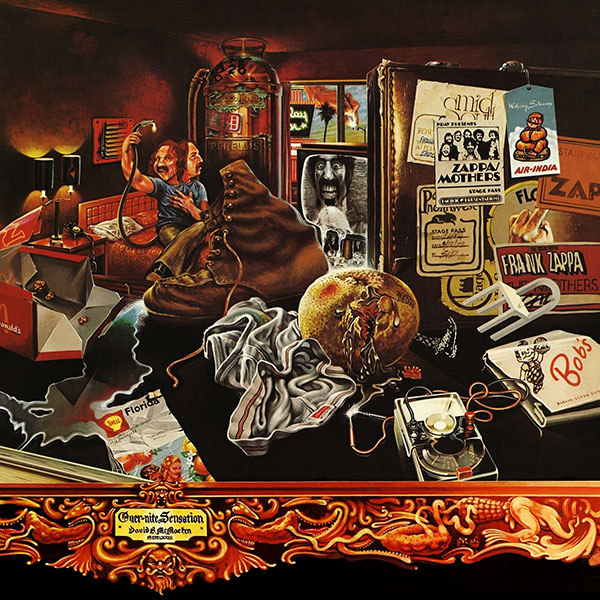 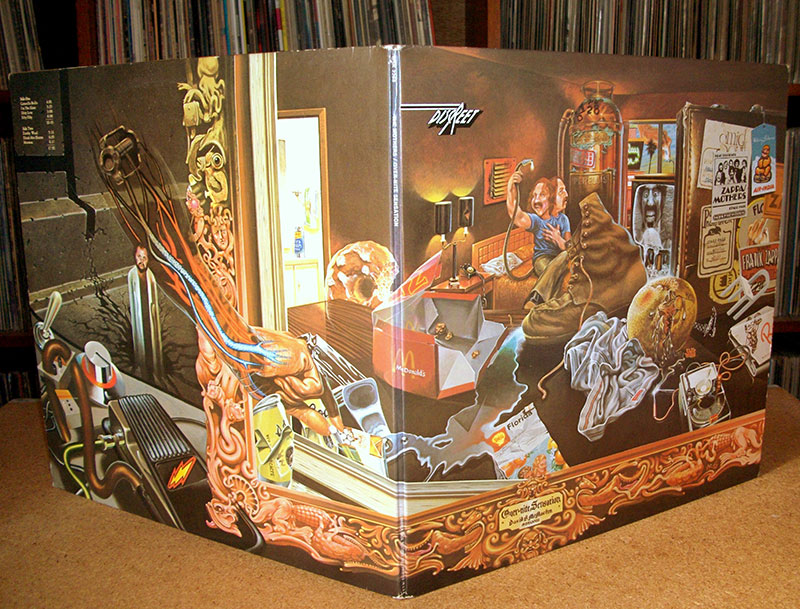 My vinyl collection is oh, so limited (I'm freshly 28, so please cut me some slack). However, I do own this one on vinyl. The strange and perverse details are endless—a wonderfully complex peek at life on tour for Zappa: crushed Coors cans, McDonald's remnants, mysterious limbs, terrifyingly unappetizing donuts, a half-robotic/half-possessed arm reaching for a cigarette. It has it all. 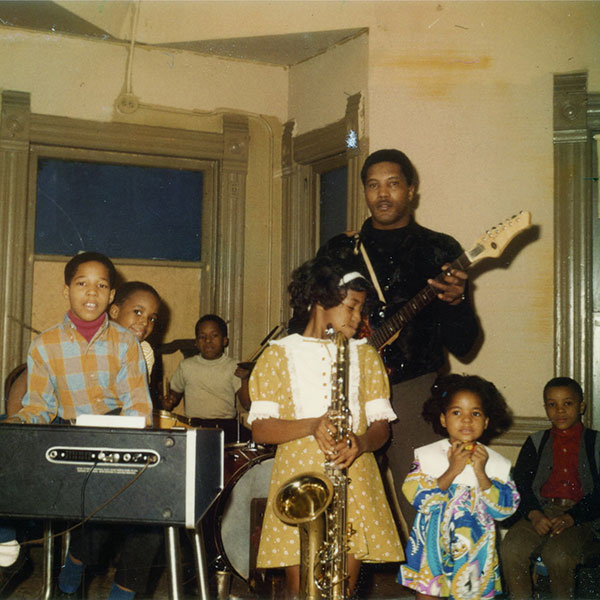 This album cover is so sweet that it prompted a little research into the music. What I found did not disappoint. Eddie Disnute Sr., aka Papa Bear, and his six kids making blissfully soulful tunes together!? Picture them singing "Sweetest Thing on This Side of Heaven" for his wife and the idea of domestic utopian bliss might just be reborn. These songs just have the loveliest, warmest, enveloping feel to them, I wish there were more. 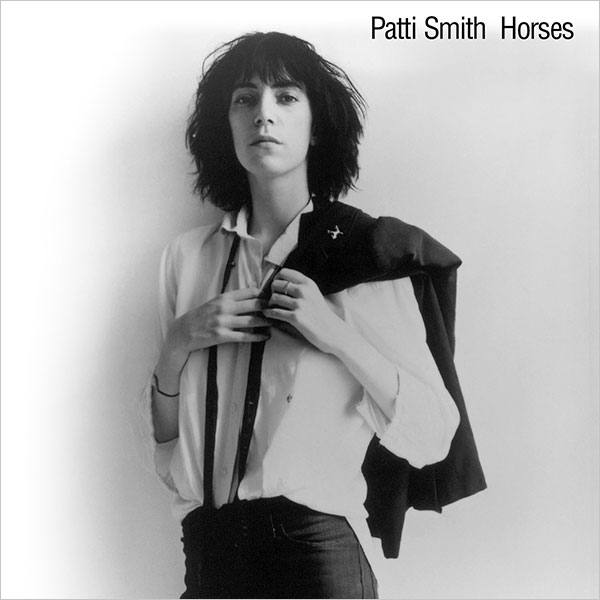 Just Kids is one of my favorite books. I love Patti Smith and Robert Mapplethorpe's love story and life stories. They had such a beautiful connection and influence on one another as artists. In my book, they're both geniuses so you can't go wrong with a collaboration like this. He was a pioneer of photography, and his use of lighting and composition was incredible. I remember her saying she had to go buy a clean white shirt from the thrift store for this shoot. In this instance, it's the story behind it that draws me in. And then you have Patti Smith's unbelievable talent and lyrical spirit lying beneath. Amen. 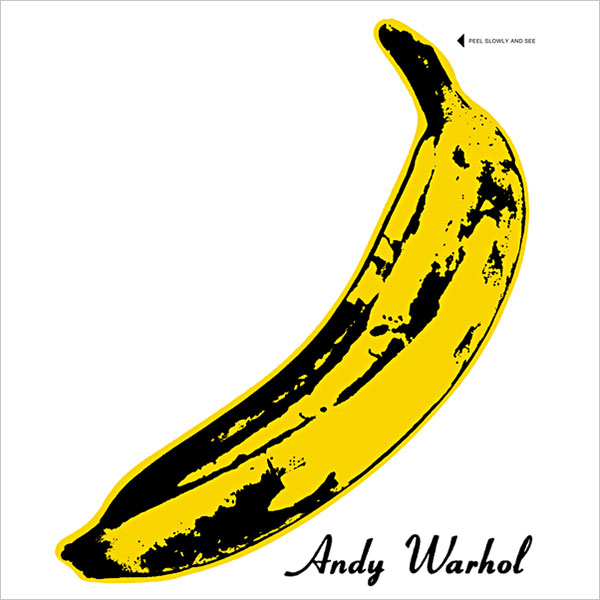 So, I'm sure this album cover has been selected dozens of times in this column, but my reason for loving it must be singular. My family is totally obsessed with bananas. For the Benton family, bananas cure all. Headache? Banana. Tired? Banana. You broke your finger? Hospital, then banana. Oh, yeah and it's a Warhol. I would give anything to have seen Velvet Underground play with Nico, likely with Warhol in the audience. This album has a way of making you feel like angst is good and normal and the right thing to feel. There's such a perfect balance of delicacy and chaos to it.

Art of the Album is a regular Muse feature looking at the craft of album-cover design. If you'd like to write about your favorite album covers, or learn more about our Clio Music program, please contact Michael Kauffman. 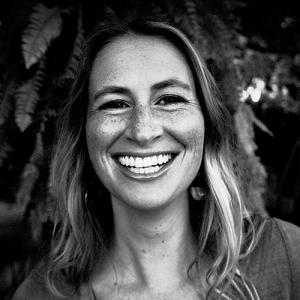